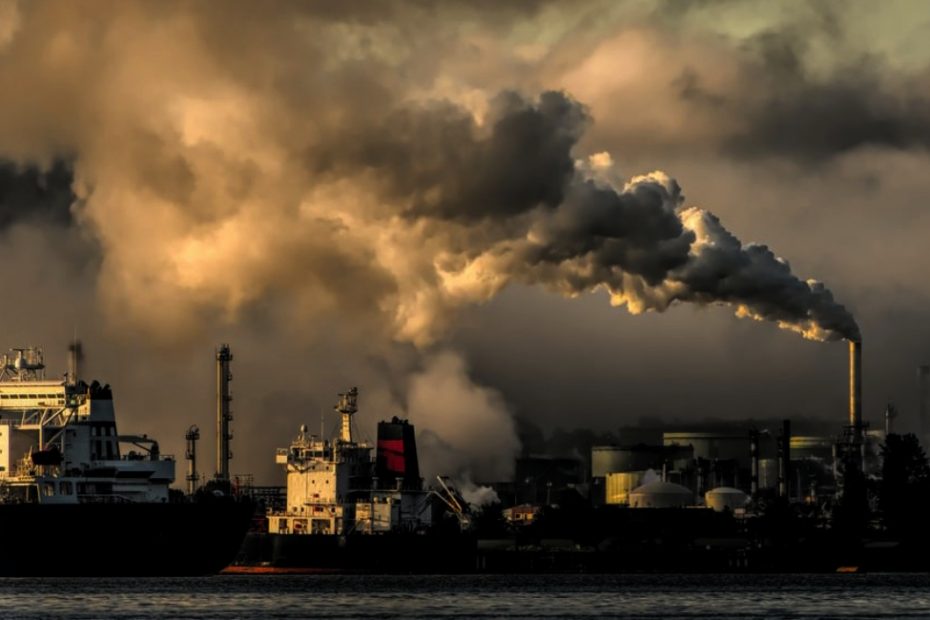 Causes, Effects and Solutions To Air Pollution: Air pollution in a nutshell means the release of harmful gases into the atmospheric air. These gases come from cars emission, chemicals from factories, dust, and all other sources. While some air pollutants are highly poisonous (e.g. some harmful gases from industries), others are relatively not harmful. The process of release these toxic chemicals or compounds into the air is considered air pollution.

When air pollution happens at a large scale, it becomes really problematic for humans to live in a conducive environment. This is because a substantial increase in air pollution has made breathing of fresh air almost impossible. When humans breathe in these contagious gases, it comes with some adverse health implications. 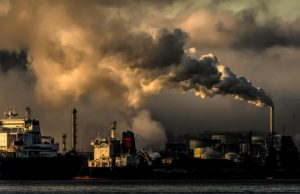 Although air pollutants are not visible to the eyes, they are to a large extent caused by the activities of man. Some of the major causes are:

1. Fossil Fuel: The burning of fossil fuel is regarded as the major cause of air pollution and global warming. Fossil fuel refers to energy generated from fossils that have been within the earth for a long period of time. It primarily involves energy gotten from coal, oil, and natural gas.

These fossil fuel when used to generate energy involves the release of carbon dioxide in high proportion into the environment. Considering the fact that fossil fuel is the major energy source globally, the amount of pollutants released into the atmosphere as a result of this is constantly on the rise.

Some chemicals released as a result of these industrial activities include particulate matter 2.5 and 10, Sulfur dioxide, carbon monoxide and nitrogen dioxide. These chemicals are key pollutants that are emitted from industries that use coal and wood as their primary source of energy.

3. Wildfires: This is also one of the major causes of air pollution globally. The increase in the amount of wildfires caused by man intentionally or unintentionally continue to affect the atmospheric air in no small way. The practice of bush burning is still very much applicable even in this decade. 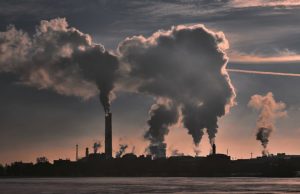 Practices like this has increased the release of harmful gases like PM2.5 into the atmospheric air, which when there is a collision with other chemicals result in smog which may make the air hazy and cause breathing difficulty for man.

4. Residential Air Pollution: Air pollution is also caused by the activities of people while they are indoor. Use of toxic products which contain volatile organic compounds, when combined with inadequate ventilation and high humidity level in most homes, air pollution is most likely to occur.

Also, use of tradition cooking methods like firewood and stoves also have some adverse effect on the quality of air in the environment.

Recommended: Countries with the best education system in the world 2021

5. Transportation: The transportation of goods from one place to another is also a factor responsible for air pollution. Vehicle pollution is more rampant in cities, as a result of the high number of vehicles within cities. Vehicles usually emit carbon monoxide, nitrogen oxide, hydrocarbons and particulate matter.

6. Agricultural Activities: Some agricultural activities have serious impact on the quality of air in the atmosphere. The use of pesticides, fertilizers and practices like bush burning all contaminate the surrounding air.

Also, in recent times, chemicals are being developed which are used to aid agricultural produce. This also has very adverse effect on the quality of air.

Effects of Air Pollution on Human Health and Climate

The following are some of the effects of air pollution within our environment:

1. Health hazards: These harmful chemicals and gases when released into the atmosphere and breathed into the lungs by people usually affect some organs within the body. Research shows that the main toxic effects of air pollutants is chiefly on the respiratory, dermatologic, cardiovascular, ophthalmologic, neuropsychiatric, reproductive, immunologic and hematologic system. 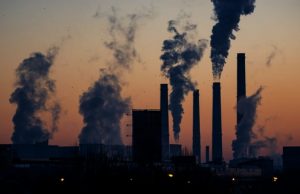 Essay on the causes of air pollution

Air pollution is responsible for a variety of cancers in the long term. Also, some of the variants of air pollution are very harmful to the health of a susceptible group usually involving children, elderly people and people already suffering from a disease.

2. Global Warming: Global warming is basically the gradual increase in the overall temperature of the earth’s atmosphere which is usually caused by an increase in the level of carbon dioxide, CFCs and other pollutants. One of the direct effects of air pollution is global warming.

Air pollution increases temperatures worldwide, and as a consequence, leads to an increase in sea levels and melting of ice from colder regions and icebergs. This results in displacement and loss of habitat. If actions are not taken swiftly, the atmospheric temperature may rise to a very dangerous level in no distant time.

Also see: Why democracy is considered the best system of government in the world

3. Acid Rain: When harmful gases like nitrogen oxides and sulfur oxides are released into the atmosphere during the burning process of fossil fuels, it results in acid rain. This is basically rain water that combines with some of these air pollutants, making the water very acidic when it falls. Acid rain can result in very grave damage to man, animals and crops.

4. Ozone layer depletion: The Ozone is a layer that exists in the Earth’s stratosphere and which is responsible for protecting humans from harmful ultraviolet (UV) rays. This layer is being depleted largely as a result of the presence of chlorofluorocarbons and hydrochlorofluorocarbons in the atmosphere.

As the layer of the ozone becomes thin, harmful rays will get emitted into Earth which can result in skin and eye-related problems. These rays also have adverse effects on plants.

5. Eutrophication: This is a condition that happens when very high amount of nitrogen present in pollutants get to grow on sea surface as algae. This has adverse effect on fish, plants and animal species generally. The green-coloured algae which is usually present on ponds, lakes and other water bodies is usually caused by these chemicals.

RECOMMENDED: How to become a successful lawyer

1. Energy Transition: The current wave of change in the global energy source from fossil fuel to renewable energy is referred to as energy transition. This current shift in energy source will in a great way help reduce the amount of chemical gases released into the atmospheric air.

As noticed from above, most of air pollution comes from the burning of fossil fuel, vehicles, et cetera. A change to the use of renewable energy is therefore a great way to reduce air pollution.

2. Resort to Improved Farming Practices: Improved farming practices that does not involve bush burning or the use of very harmful chemicals should be encouraged. This will in a great deal, help reduce the level of air pollution and its attendant effects.

3. Use of Public Mode of Transportation: In most urban cities, people should be encouraged to use more public modes of transportation. The number of private vehicles on the road seem to be too much and greatly affects the quality of air.

If more people are encouraged to use public means of transportation such as trains and public buses, this menace will be reasonably reduced.

4. Use of energy-efficient devices: Most devices being developed presently are those that conserve energy generally. The use of these devices will in a great way reduce the amount of indoor air pollution. Also, innovations presently being made to reduce global warming should be adopted so as to reduce the level of global warming

Air pollution is caused mostly by the activities of man. The effects are also more averse to man than to other living things. Man must therefore take conscious effort to reduce air pollution.