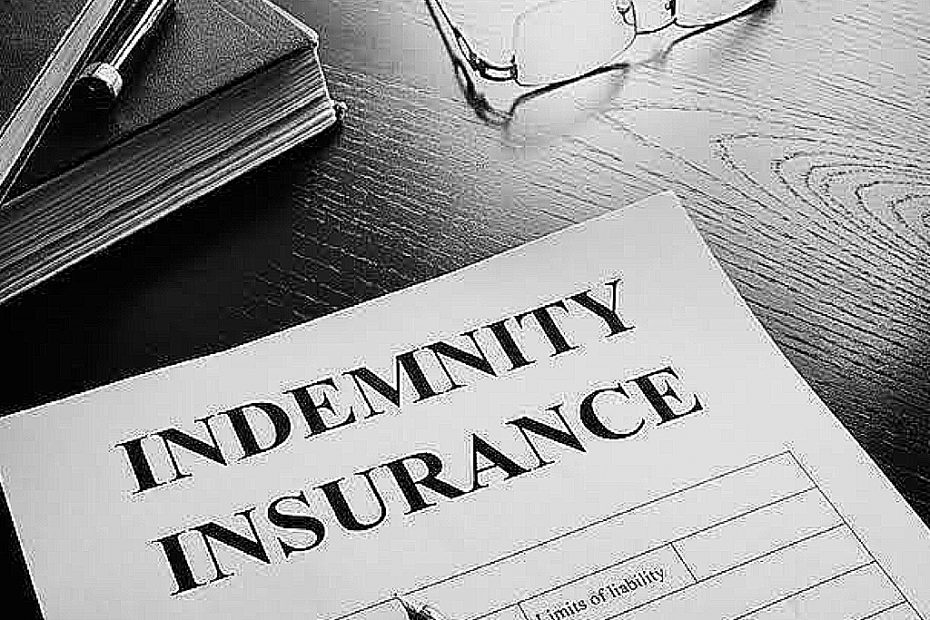 Differences Between Indemnity And Guarantee: Indemnity and guarantee are obligations that arise out of contract. The obligation can be undertaken in both general and special contracts. This is so because parties are at full liberty to express the terms of their contract as long as it does not breach a fundamental term, condition or warranty.

For certain subject matters, indemnity or guarantee may be prescribed by law or as a matter of practice. For instance, under insurance contract which is a sui generis contract, indemnity is prescribed by law. Same is applicable for guaranty in areas like banking, hire purchase contract, loan contract, and other general contracts. Contract of guarantee and indemnity are like principles because their purpose and obligation are similar.

Recommended: Differences between Guarantee and Warranty

A guarantee strictly speaking is a legal undertaking by another to answer for the payment of some debt or the performance of some contract or duty of another, in case of the failure of such other person to p ay or perform an agreed or imposed obligation. Simply put, guarantee is an assurance that another shall perform an obligation and where he does not, that the guarantor shall be held in his position. 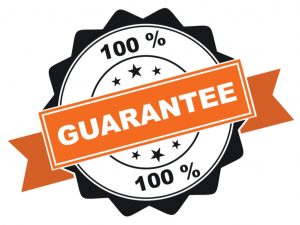 The purpose of guarantee is to serve as a security for the undertaking of another. Note that ‘guaranty’ and ‘guarantee’ are the same terms and conveys the same import. Guarantee is used also to refer to the person to whom a guarantee/guaranty is made, whereas a person who gives such guarantee is referred to as a guarantor. The term warranty also conveys similar meaning to guarantee, however, the latter operates on a greater extent.

P. Gerrard in his text, “Law Relating to Banking” gave an all encompassing definition of guarantee a written promise made by one person known as the guarantor to be responsible for the debt, default or miscarriage of another person who is the principal debtor, incurred to a third party known as the creditor. From the above definition, it is evident that a contract of guarantee must be in writing.

This is supported by the provision of section 4 of the Status of Fraud, 1677. In banking and other practices, the guarantee contract must be signed by the guarantor or his agent. From P. Gerrard’s definition it is also seen that there are three parties to a guarantee contract; the principal debtor: this is the party that is primarily liable to pay a debt or perform an obligation, the guarantor: this is the third party that is secondarily liable where the principal debtor or obligor defaults to pay or perform the obligation, the creditor or guarantee: this is the person to whom the obligation to pay or perform an act is owed.

Recommended: Differences between conditions and warranties

1. Specific Guarantee: here, the quantum of the debt or obligation being guaranteed is fixed, ascertained and conclusive.

2. Guarantee Continuing and Limited: Here, the quantum of the debt or obligation being guaranteed is determinable. Thus, it is slated to fall within an amount but not to exceed the amount stated. For illustration; the guarantor may undertake to redeem the debt where the principal debtor defaults, but he can only guarantee for one million dollars.

3. Guarantee Continuing and Unlimited in Amount: this is the widest in scope. The guarantor here undertakes to redeem all the debt incurable if the principal debtor defaults in doing so. Here, the amount recoverable is not stated.

Contract of guarantee for the purposes of liability is further categorized into joint and several.

a. Joint guarantors: Here, any of the guarantors can be held liable for the full payment. All of them can be sued as well, but the gist is that you can recover the full amount from one guarantee.

c. Joint and Several Guarantors: here, the guarantors can be sued jointly and severally.

A contract of guarantee may arise either as a separate contract or as a clause forming part of a contract. Either ways, it has the same legal effect.

Indemnity is the repayment or compensation of another for a loss or injury. Indemnity also serves as a security from damage, loss or penalty. Under insurance, the purpose of indemnity id to restore a person who had suffered loss back to the position he was before the occurrence of the loss, no better no worse. 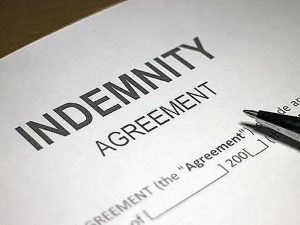 What an indemnity contract does is that the indemnifier assumes primary liability of the person being indemnified. In that manner, he undertakes to pay debt or perform the obligation due to another, rather than paying only when the principal debtor defaults or becomes incapable of paying.

Indemnity contract particularly ensures that the indemnified is compensated.

There are two parties known to indemnity contract:

The indemnifier or indemnitor: The party undertaking to be liable primarily for another’s debt, obligation or liability.

Just like contract of guarantee, indemnity contract may either be separate contract or a clause forming part of an existing contract. 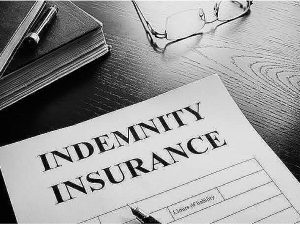 1. Degree of Liability: the primary difference between indemnity and guarantee contracts is that under guarantee contract, the guarantor is secondarily liable for the debt of obligation of the principal debtor.

Therefore, the liability of the guarantor arises only when the principal debtor defaults in or becomes incapable of paying the debt or performing the obligation. On the side of indemnity, the indemnifier or indemnitor is primarily liable upon the occurrence of the stated event.

Recommended: Importance Of Agriculture to Man and the Society: 15 Benefits

3. Purpose: The purpose of an indemnity contract is to restore the indemnified to the position he was before the occurrence of the loss, whereas for contract of guarantee, the purpose is to ensure that the principal debtor redeems his debt or performs his obligation.

4. Contract of indemnity restores the party to his initial position before the loss, therefore, the occurrence and expectation is specific, whereas in some guarantee contracts (such as guarantee of unlimited amount), the amount recoverable is not specific.

5. Maturity of Liability: For indemnity contracts, the indemnifier’s liability arises only after the loss had occurred, whereas for guarantee contract, liability of the guarantor arises and subsists from the commencement of the contract till the principal debtor redeems the debt.

Also see: Father or Mother, Who is More Important in the Family

6. Evidence in Writing: Status of Fraud specifically requires that contract of guarantee must be in writing otherwise it will not be enforceable. Such requirement is not made for contract of indemnity, although it is best for it to be evidenced in writing.

8. Right to Sue: The indemnifier can only sue in the name of the indemnified or join same as a party rather than suing in his own name. for contract of guarantee however, the guarantor can proceed against the principal debtor in his own name after he has discharged his debt.

The striking similarity between the indemnity contract and contract of guarantee is in their purpose which is to serve as security for losses and debts, however, the extent and direction which they operate differs materially. Both are concerned with bearing the burden of another. While one bears the risks together with the principal debtor, the other exonerates the supposed principal risk bearer from the risk and oversees it exclusively.