Home » Legal Articles » Meaning and Difference Between Salary and Wage

Meaning and Difference Between Salary and Wage 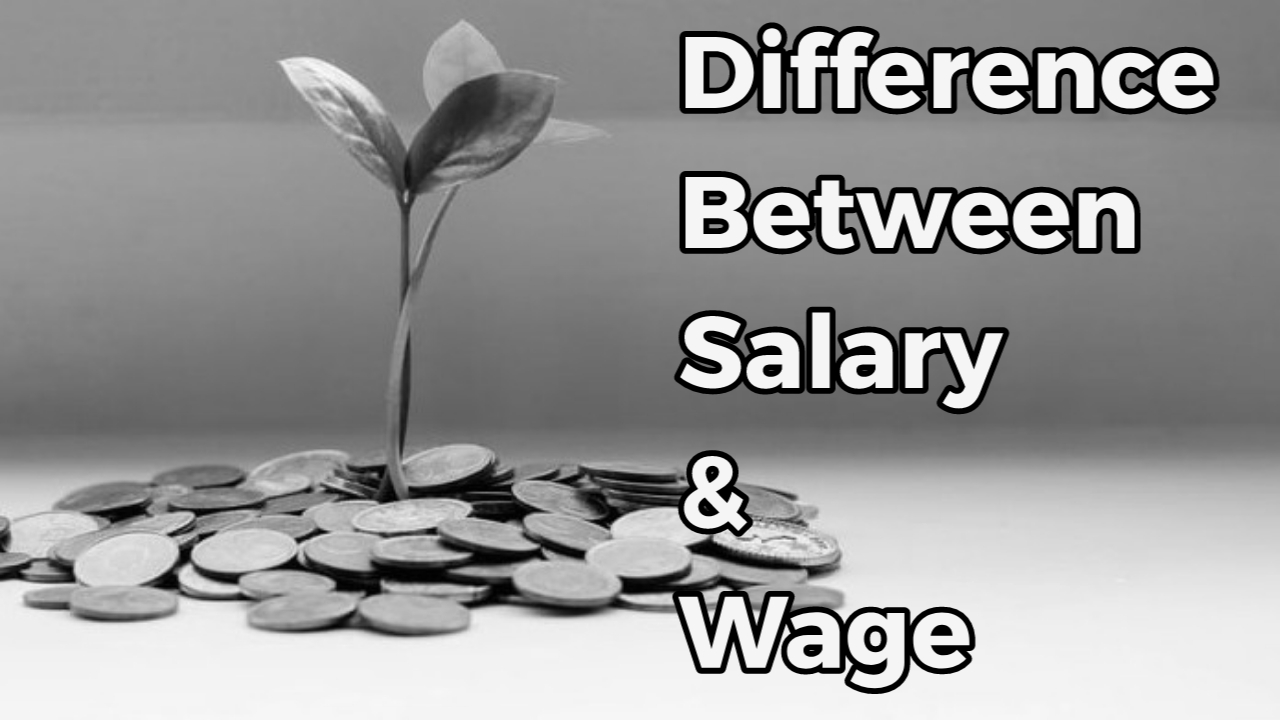 Difference between salary and wage: Usually people use the work “Salary” and “Wage” in the instances, thinking that they are both the same but that is not true. Salary is different from wage. As you may already know, no two English words are the same. Even though they may be synonymous to each other, there are instances where it will be wrong to use two words in the same sentence.

Consequently, we will be discussing the meaning and difference between salary and wage with plethora of examples. I therefore encourage you to read this article till the end if you want to learn something today. 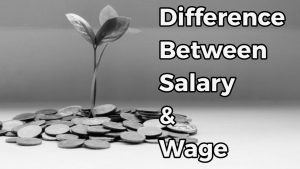 Meaning and Difference Between Salary and Wage

Recommended: Differences between Condition and Warranty

Salary is a fixed regular payment, mostly paid monthly, sometimes yearly, made by an employer to an employee, usually in a co-operate setting.

a. Comparison of positions in similar industries: employers determine how the employees are paid by comparing the amount people in similar positions and in the same industry are paid.

b. Hierarchy: This is a system where members of an organization are ranked according to relative status. The higher you are on the ladder, the higher the salary paid to you, in relation to the employees below the ladder. Take for example, in an academic setting, the professors earn more compared to the salaries paid to the junior lecturers.

c. The law of demand and supply: the demand of the particular produce and supply in the market goes a long way in determining the amount that would be paid to the employees. Take for example, a reputable law firm with quality customer rate is bound to pay its workers higher that law firms with less repute.

d. Tradition and legislation: legislation and tradition in some countries go a long way to determine the salary rate at different industries. Take for example, in Japan, the social structure and tradition pay a great role. Women do not earn as much as the women do. In 2007, the US Bereau of Labour statistics reported that women of all races earned eighty percent of what their male counterparts.

e. Minimum wage: This is a policy made the government of a country as to the lowest salary that can be paid to a person in a country. Take for example in Nigeria, the minimum wage as at April 2019 was increased from eighteen thousand five hundred naira to thirty thousand naira by President Muhammadu Buhari, due to the rising living costs and increasing poverty level in the country.

Differences Between Wage and salary

Recommended: How to Prepare for Law Firm Interviews

This is money paid for services rendered, whether mental work or manual, based on the hours used to do the work. It is usually calculated on the number of hours worked that week, fortnight or month.

It is important to note that wages do not include:

a. Housing or accommodation provided for by the employers to the employees.

d. Any travelling provision or allowance

e. Any provision for pension fund.

All these are only present if it is codified and contained in the written terms and agreement between the parties.

There are four main concepts under wage and they would be discussed seriatim:

Minimum wage: this is the lowest possible amount a worker can be paid for a work done . It is irrelevant whether or not the employer is incapable of paying that amount due to the market forces or low profit. This is to ensure the employee is able to provide basic necessities for his/ her self from the proceeds of the wages being paid to him, and for the preservation of his life (being able to afford medical amenities).

Living wage: This is a compensation which enables the employee to provide necessities of life and comfort. This includes living expenses like health care, schooling, social needs and insurance.

Fair wage: This is the average of minimum wage and living wage. It is dependent on factors like labour productivity, national income, economy of the country, and the particular industry.

Time rate: This is a term used for wages paid according to the time (hours) used by the employee into doing that particular work.

Must read: Meaning and Differences Between active and passive income

Factors that influence the determination of wages:

a. Ability to pay: The ability of an industry to pay is a determinant factor in payment of wages. This ability to pay is dependent on the profits made by the industry and the number of workers it pays.

b. Forces of demand and supply: the forces of demand and supply is largely a determinant factor in payment of wages; the higher the demand for the goods, the lesser the supply, and vice versa. Where the demand for the goods is high in the market, the profit made is usually high too as the company would do its best to produce more goods, hence encouraging the money flow.

g. Government Regulations: In instances where there is inflation as to the prices of goods, and the wages collected by employees is still constant, the government may pass a legislation for the fixing or increase of the wage rate. This is where the minimum wage rate comes in.

Recommended: Differences between a deed and an agreement

Difference between salary and wage

1. Wages is usually calculated per hours, daily, weekly and sometimes, monthly. However, salary is monthly or yearly. It is not usually calculated hourly. The amount and number of hours of work done is irrelevant to the issue, or how much work they did. It is just static and constant.

2. The salary earner has no need for signing time sheets, stating what time they resumed and what time they left. On the other hand, these time and date are essential in determining the amount that would be paid as wages to the employee.

5. Salary, once agreed upon by the parties in the employer to employee contract, it remains constant till forever, up until the employee is promoted. However, for workers who are paid wages, the salary is not constant and it is subject to change, depending on the productivity of the worker.

To get more information on the differences between salary and wage, I highly recommend you to watch the YouTube video below. Trust me, you will learn a thing or more from it.