Hardest Musical Instruments To Play and Learn: Top 10 Most Difficult 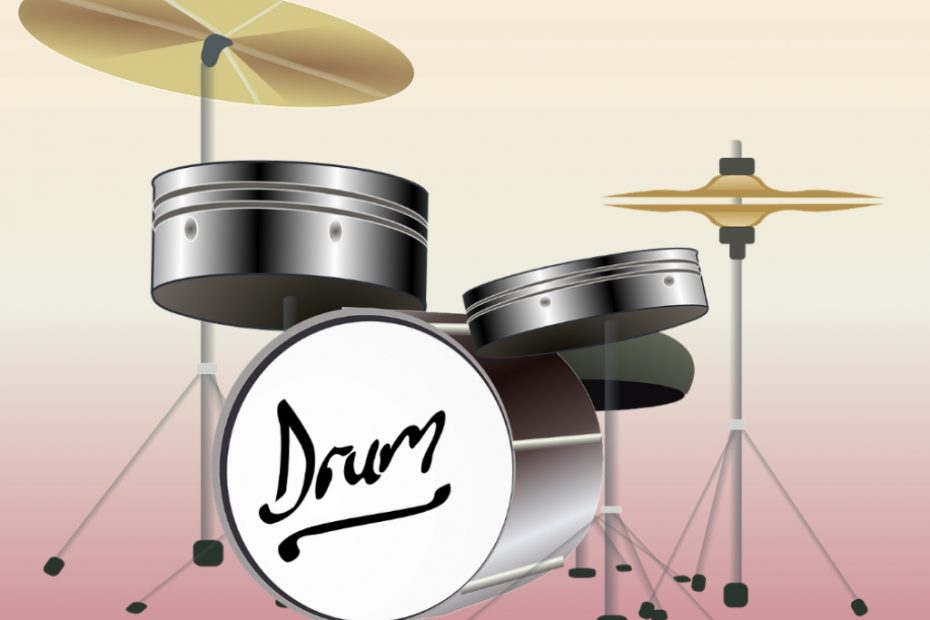 Hardest Musical Instruments To Play and Learn: Music, and especially how to play an instrument, is one of the many amazing abilities that you may master today. Music is significant across all genres because of its expressive character. The proper instrument must be utilized in the right way to liven up the voice.

RECOMMENDED: Most profitable skills to learn in 2021

Most Difficult Instruments to Learn: Top 10

The following is a list of ten instruments to play and learn, starting with the most difficult and progressing to the easiest.

1. Violin: When you see someone play the violin, you wouldn’t think it was tough because they do so gracefully. They make things appear simple, but that is not the case. 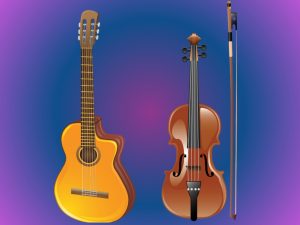 Which instrument is the hardest to play for teenagers and why

There are several reasons why the violin is the hardest of the instruments on this list. For starters, getting into the right head posture and knowing where to rest the violin can be difficult and time-consuming. It’s very easy to get this incorrectly.

Furthermore, the strings are extremely close together and must be plucked with a bow. It’s not easy to learn how to use a bow, and it’s even more difficult when you need to be particularly exact.

Furthermore, there are no markings to indicate where the fingers should go, thus this is a skill you will have to master without the aid of frets. It’s never been easier to strike a dissonant chord. The violin is a lovely instrument, although it can be difficult to master.

2. Organ: The organ isn’t the most difficult instrument to learn if you just want to be able to strike a few notes and make a nice sound, but mastering it takes a lot of time and mental energy! It’s that kind of instrument where you have to be thinking about five separate things at once. 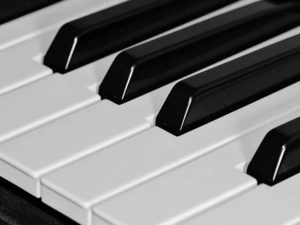 Is flute the hardest instrument to play

You’ll use your feet to operate pedals in addition to playing the organ’s keys. There’s also no sustain pedal, which means you’ll have to hold the notes for prolonged to keep the sound rolling.

When you’re playing the pipe organ or any other instrument with stops,’ you’ll need to adjust the placement of these stops to form the sound.

Recommended: How long does it take to learn the Python

3. French horn: The French horn isn’t as well-known as some of the other instruments on this list. It is, nevertheless, still a fantastic instrument that is often used by bands. If you’re looking for the easiest band instruments to learn, this tough brass instrument is probably not for you. 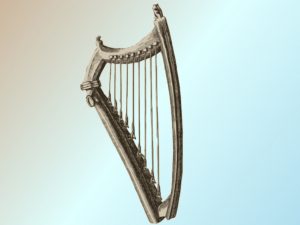 which instrument is the hardest?

It employs a large number of partials, far more than many other brass instruments. Because high notes are so close to one another, it’s difficult to tell them apart and choose the correct one. You must learn how to move your lips in a precise way to get them perfect and generate the sounds you want the instrument to make. It can quickly get perplexing.

Many students need a long time to become used to moving their mouth around when learning the instrument. The French horn is anticipated to be one of the louder instruments, but it faces the back of the orchestra, making it difficult to achieve the required projection level. You’ll need a strong set of lungs.

4. Accordion: The accordion is a pleasant instrument to play. If you wish to learn to play it, you should know that it is one of the more difficult instruments available. 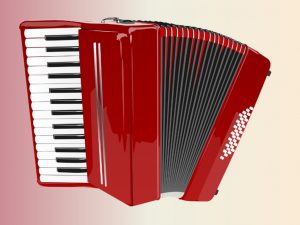 most difficult musical instruments to learn and play

Simply seeing someone play it might be perplexing. When someone presses those buttons and pushes and pulls the various pieces of an accordion, a lot is going on.

Some have compared it to being able to simultaneously play the piano and bagpipes. It’s also a large, heavy instrument that can be exhausting to play for extended periods. As a result, it’s among the most difficult instruments for children to master.

To play the right notes and chords, you must master a large set of keys and buttons, and both hands must work independently. You must constantly move air to project the instrument. Because it isn’t the most common instrument to learn, getting an instructor can be difficult.

5. Harp: Another instrument that requires a great deal of expertise to master is the harp. A harp is more complicated than some of the other instruments. You don’t need to utilize all of your hands, but you will be plucking a lot of strings. 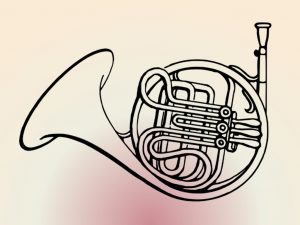 Learning the right strings to pick, learning tunes, and performing without errors can all be difficult. Furthermore, especially in comparison to other instruments such as the keyboard or guitar, there is a paucity of information regarding playing the harp.

Certainly, it’s among the best instruments to learn if you want to play something that sounds heavenly and beautiful, but be ready for a long trip with a lot of headaches along the line.

6. Drum: Drums are in the centre of the difficulty scale, but how in-depth and sophisticated you want to become with your instrument is all up to you. 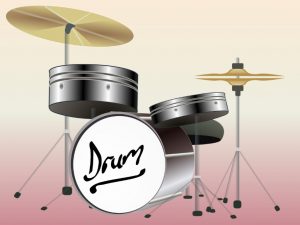 hardest and easiest instrument to learn

Drums aren’t the simplest instrument to learn. In reality, the drums can be among the most difficult instruments to master if you want to be an expert. The major reason for this is that all four limbs are occasionally required to perform separate tasks, which might feel odd.

Also see: Best side hustles for students who are still in school

7. Guitar: Some parts of playing the guitar aren’t very difficult. In the first lesson, a basic tune might be taught. Classics such as ‘Smoke on the Water‘ and ‘Seven Nation Army‘ have simple tunes that may be learned in about an hour. However, there are several obstacles to overcome. 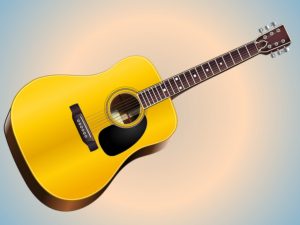 Is the violin the hardest instrument to play

People may find it difficult to convert from playing solo notes to playing chords. To play specific riffs and notes, you may need to improve your finger strength and speed in addition to learning where to put your fingers to play notes and chords. It all comes down to patience, since getting your hands to obey your head will take some time.

8. Piano: Another instrument that is quite easy to learn is the Piano. Nevertheless, don’t expect to become a virtuoso overnight.

The initial stage is to learn a few chords and tunes, which doesn’t take long. The piano’s immediacy is one of its most appealing features. Anyone can show you how to play a few tunes fast, and after a few weeks of instruction, you could even be able to play chords along with pop music. 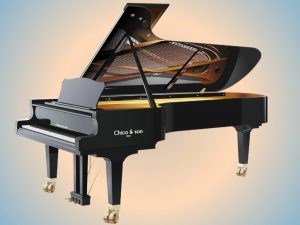 Names of instruments with Pictures

If you want to improve your technique or become a classical pianist, it will most certainly take more than a few sessions to do so. If you want to read and understand music, develop your technique, and become a great pianist, the piano requires a massive effort. However, you need fewer limbs than on certain instruments, making it easier to trigger the sounds (no blowing or complex plucking).

Also see: Cheapest and most affordable countries to study in the world

9. Ukulele: For musical novices, learning to play the ukulele is an excellent choice. The ukulele is a good place to start if you’ve never played an instrument before. They’re not only cheap and light, but they’re also soft on your fingertips, and chords may be learned quickly.

Because there are just four strings, many chord positions are simpler, and you don’t need to master the complicated ‘barre chords’ that are required for guitar.

Furthermore, nylon strings are standard for ukuleles, but steel guitar strings may be quite damaging to your fingers, leaving them blistered and sore, something guitarists must accept.

10. Harmonica: The harmonica isn’t as popular as some of the other instruments on the market. It is, however, a tremendously enjoyable instrument to master and maybe the easiest of all. It has two major advantages: mobility and the near impossibility of sounding terrible.

A harmonica is available in a certain key. A harmonica, for example, may be in the key of C. This implies that if you play along with a song in the key of C, whatever you play will sound nice. It won’t be perfect, but it won’t sound like a terrible snare drum.

The harmonica, like the ukulele, is incredibly portable. There aren’t many instruments that are small enough to fit in your pocket, but a harmonica is one of them. You may take it with you everywhere you go and practice whenever you want.

Recommended: How to Read for long hours Without Getting Tired or Sleepy

When you’re a novice, the difficulty or ease of an instrument should simply be among your concerns. If you don’t enjoy the sound of the ukulele, don’t learn to play it. Select instead depending on what you like to play; or else, you won’t be motivated.