Home » Legal Articles » Differences Between A Barrister And a Lawyer

Differences Between A Barrister And a Lawyer 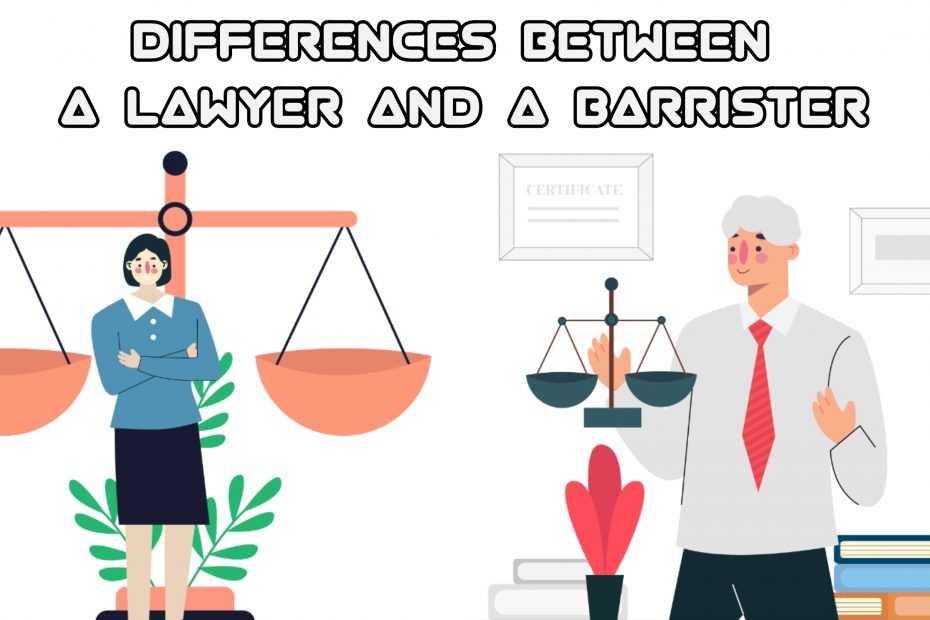 Differences Between A Barrister And a Lawyer: The legal profession is certainly as noble as it is diverse. Depending on individual interest, there are many areas one can venture into for practice and make a living. The profession does not just entail appearing before the Court and defending clients. It can be practised by preparing documents, conducting researches or engaging in advisory/counselling roles. Within this context, it can be understood that the word “Lawyer” is not and should not be construed to only those who appear in court.

In fact, it is an umbrella term to encapsulate the entire functions of a legal practitioner, in any capacity the person is in as long as such person is qualified to practise. Therefore, there are two major types of lawyers: Barristers and Solicitors. It goes without saying that a person can be one or the other or both at the same time depending on the jurisdiction. Although, the general presumption is: All barristers are lawyers but not all lawyers are barristers. 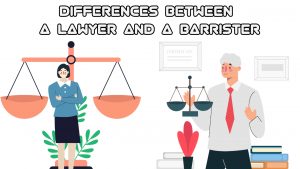 Differences Between A Barrister And a Lawyer

Recommended: Why Lawyer Put On Wigs in Court

1. Lawyer: A lawyer is a person who is qualified to practise the legal profession either as an Advocate/Barrister or as a Solicitor. It is a general term used to describe any person admitted to the legal profession after successfully completing legal studies in an accredited learning institution. The general term used is “Legal practitioner” which is defined by Section 24 of the Legal Practitioners Act 1990 (Nigeria) as a person entitled to practise as a barrister and a solicitor.

Differences Between a Lawyer and a Barrister

2. Barrister: This is a lawyer who has passed the Bar examinations set up by a committee of distinctive lawyers in the profession.  The qualification of a barrister is that he is entitled to appear in any Court and represent clients. Therefore, any one who is not qualified by the body responsible for admitting persons to the Bar, is prohibited from practising as an Advocate in any Court. 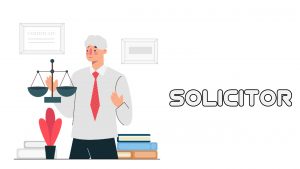 Meaning and Differences Between Barrister And Lawyer

3. Solicitor: A solicitor is a lawyer who is qualified to practise as a legal practitioner to prepare briefs, draft legal documents, undertake negotiations and advise clients. A Solicitor is regarded as a lawyer out of the court. All functions pertaining to the office of a lawyer not involving advocacy or client representation are handled by a Solicitor. Depending on the  jurisdiction, the role of a Solicitor is specialised in the sense that a person may either be a Solicitor or a Barrister and not both.

Difference Between a Lawyer and a Barrister

Every country has its own unique legal system and it is not a hard fast rule to define who a lawyer is or is not. It is imperative to view the profession on basis of what it generally entails but also take cognisance of the varying forms of practice around the world. A key point is Advocacy. Everyone knows who a lawyer is but it is not every lawyer that can appear before a court of law and act as an Advocate. While that is widely considered as the duty of any lawyer, there are instances where such lawyer will be restricted or prohibited in doing so.

First and foremost, the question of whether the lawyer has been admitted to the Bar must be answered. As already stated, a lawyer is a person who is qualified to practise the legal profession. However, a person who goes through the university and earns a law degree and certificate is not qualified to represent a person in a court of law. In fact, the person is not qualified to prepare or sign documents and place his seal or stamp on any document except such person has been qualified by law to do so. The roles a university law graduate is limited to is giving advice to clients, orientation and sensitization, working as an intern or in a paralegal capacity in a law firm, going to court with a senior lawyer to observe court proceeding, conducting research in relevant areas, e.tc. However, this is relative since educational systems in countries are not the same.

Secondly, a lawyer may have gone through the university and law school programme but was unsuccessful to be admitted to the Bar due to poor academic performance or questionable  character. Such person will not be allowed to practise as a Barrister even though he or she is still a lawyer. Attempt to do so amounts to impersonation of a legal practitioner which is punisable by law. This is also applicable where a practising lawyer is suspended or dismissed from practice. The lawyer can hold onto the fact that he or she is still a lawyer but cannot be entitled to be called an advocate and in some cases, both Advocate and Solicitor.

The next factor in understanding the difference between a Lawyer and a Barrister is the issue of Jurisdiction. In some countries, the roles of a Barrister and a Solicitor are separate. This means that even though a lawyer can be a barrister or solicitor, it is not a combined office. This also means that a lawyer can only be one out of the two roles. This is the practice in the United Kingdom. There is the office of the solicitor which involves advising clients, settling issues out of court and drafting legal instruments. The solicitor cannot in his capacity represent the clients he advise in a court neither can he pursue an action relating to any document in court. That is the sole duty of a Barrister.

The opposite is the case in some countries like Nigeria where the roles of Barrister and Solicitor are fused. In Nigeria, anyone who has earned a law degree is a lawyer. If such person continues with post graduate studies at the Nigerian Law School and successfully passes the Bar examinations, he/she will be admitted to the Nigerian Bar as a Barrister and Solicitor of the Supreme Court of Nigeria. This simply means that any qualified lawyer in Nigeria can practise as a solicitor or a Barrister without restrictions unlike in the UK where such liberty is unavailable.

The positives and the negatives exist in both sides of the world. There is a credible point of vast experience in both roles when they are fused as opposed to restricted to one side of practice. On the other hand, there is convenience in performing duty when you are solely focused on representing a client while another is working on research and documentation. In essence, there is no absolute preference. The legal profession is wider than people imagine and the demand for good legal professionals is on the increase everyday. The definition of roles is not the issue. It is the reception of the profession in the eyes of the public that stands out. If implementing a less tedious or a more elaborate style of legal practice will be positively effective, then it is worth trying.

It is well known that Nigeria has the largest Bar Association in Africa which means that the influx of legal practitioners has not declined since the statistics was recorded. It is also a testament to the commendable efforts by the legal academic institutions to impart the necessary knowledge required for one to be a holistic legal practitioner.

Apart from the academic training, there are internship and externship programmes which will introduce the students to the works and duties of a solicitor and a Barrister making them flourish in all fields. It is a certainty that this type of learning will serve home bred lawyers well if they want to further practise beyond the borders.