How to Write an Argumentative Essay (With Features & Structure) 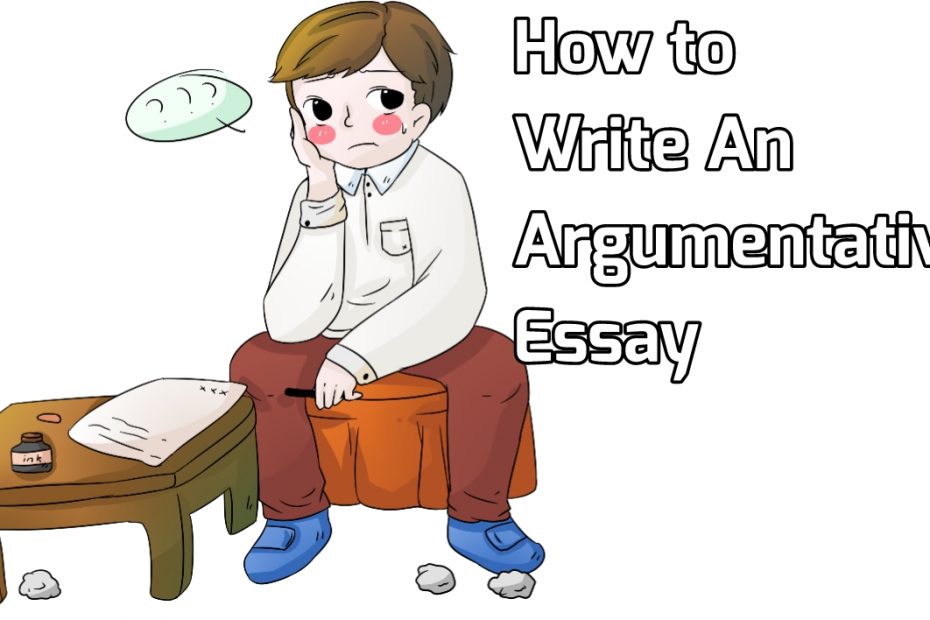 How To Write An Argumentative Essay: The Virtue’s English Dictionary (Encyclopaedic Edition) defines an Essay as a literary composition intended to prove some particular point or illustrate a particular subject. We all had at one time and the other written an essay. Did we ever consider the type and format of such writings? Of course there could be more than one type of essay writing incorporated or employed in a single writing.

Narrative Essay tells a story. There is usually a central point at which the writing is centered. The story could be from personal experience and of course can be figurative. Narrative essay gives an account of an event in a well-structured plot.

Descriptive Essay is a writing that attempts to describe an event, experience, object, person, place, idea or anything capable of being described. In other words, the essay attempts to characterize a given event, idea, person or place.

An expository essay attempts to explain, explicate, elucidate, illustrate, uncover and clarify a given concept or event.

This article is targeted at discussing how to write an argumentative essay.

Argumentative essay from the word “Argument”, according to Virtue’s English Dictionary (Encyclopaedia Edition) defines argument as a subject of a discourse or writing; a reason offered for or against something; a debate, controversy, discussion and a process of reasoning. Therefore argumentative essay can be defined as a debatable writing which upon choosing a stance, attempts to persuade and convince the mind of the readers into finding reasons with the points established by the writer. 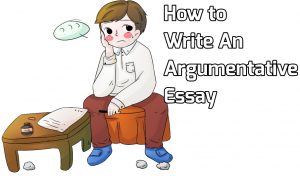 How to write an argumentative essay step by step

RECOMMENDED: How to write a perfect affidavit with examples

How to write an argumentative essay step by step

For a writing to be considered argumentative, it has to conform to a particular format and fulfil certain requirement, otherwise one may be writing any other type of essay in the thought of an argumentative one. This would lead us to discussing the features of an argumentative essay together with the structure.

Also see: How to introduce yourself in a debate

The main five features of an argumentative essay are:

a. Introduction and Thesis

b. Opposing and Qualifying Ideas

c. Evidence in Support of Claim

d. Style and Tone of Language

a. Introduction and Thesis: An argumentative essay must begin with introduction. This is simply to give the general introduction of the topic to be discussed. The introduction shall then include the thesis which is the writer’s point of view.

b. Opposing and Qualifying Ideas: While writing an argumentative essay, the writer has to state and acknowledge the possible points and ideas of the opposing side which are certainly not in his favour. Acknowledging those points and ideas enable lay a grounded foundation of his own points by juxtaposing the sides. This also has a way of arousing the interest of the readers to finding reasoning with your points.

c. Evidence in Support of Claim: A good argumentative essay should has a strong evidence to support the claims asserted. Evidence in the context of an argumentative essay is simply the information sourced for and logically analyzed for the purpose of justifying a stated claim. A writer is expected to source for articulated, logical and statistical points to support the claims asserted.

d. Style and Tone of Language: The language and tone of an argumentative essay must be persuasive and convincing. The tone must be confident enough to lure or compel the mind of the readers into finding reasons with the argument of the writer.

An argumentative essay should be well paragraphed. Paragraphing contributes to the logicality of the structure as well as suggest the appropriate intended tone of the writer.

Style is the manner of expression and choice of words employed by the writer, whereas tone is the attitude of the writer towards the topic and the audience.

e. Compelling Conclusion: An argumentative essay should have a compelling conclusion. Compelling here means that it has to be sound and convincing. The conclusive point should resolve the thriving issues implicated in the course of the argument. 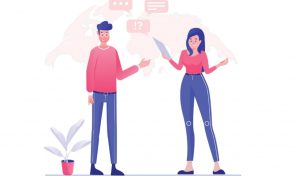 features of an argumentative essay

There are basically four parts of an argument. They include:

RECOMMENDED: How to improve your emotional intelligence

a. Claims: Claim is simply as assertion stated as a fact and backed up with evidence. It is also known as thesis. It fact includes the writer’s position in an argumentative essay. Assertion of claim directs the readers mind to the writer’s position, purpose and line of argument. Typical example of claim – “Gold Values More That Silver”

b. Counterclaim: Counterclaim is also known as counterargument.  It is the point of view of the opposing side of an argument which is capable of weakening the argument of the writer. The writer is however expected to raise these points and discredit them in his own favour by marshaling out points which is capable of rendering them wrong, inapplicable or invalid.

The writer is advised not to avoid those points which seem to be against his line of argument as this can leave doubts in the mind of the readers or audience. The writer is expected to acknowledge them and criticize them to his or her own advantage.

Also see: How to become a successful lawyer: 10 Qualities you need

c. Reasons: An argumentative essay should incorporate points and facts which are the suggested reasons why the writer’s line of argument should be considered. Therefore, a reason is a kind of justification for the writer’s claims.

Evidence can be factual, logistical and or statistical but in all, it has to be verifiable.

On writing a compelling argument, the writer must be meticulous in considering the points on which his or her argument should base, otherwise one may end up antagonizing his or her own point of view. Employment of fallacies should be avoided as much as possible. The writer should be careful not to make hasty generalization. Understanding the opposing point of view is a key element because this goes a long way guiding the writer in preparing the evidence and defence. For an argument to be compelling, the writer must clarify and resolve every point raised in order that questions would not be created in the minds of the audience. The writer’s point must be realistic, practicable and obtainable.

It is advised that the conclusion be as explicit as possible and at the same time, concise and precise. In other words, conclusion should be straight to the point and exhume confidence.

In all, an argumentative essay must be suggestive and convincing, otherwise the purpose of the essay would be entirely defeated.