Savannah Bank V Ajilo: The Land Use Act by the virtue of its section 1 vested all lands in the state in the Governor of that state to be held in trust for the use and benefit of all Nigerian. This vesting of land in the Governor has its effect implicated in section 22 of the same Act which requires that the consent of the Governor must first be sought and obtained prior to alienation of interest in Land. This consent provision was implemented in its full force in this case.

The court however, did not answer the question as to whether the mortgagor whose duty it is to obtain Governor’s consent should be allowed to rely on his own irregularity as a defense to the detriment of the mortgagee.

Recommended: Countries with the best justice system in the world

a. Where Governor’s consent is not first sought and obtained prior to the execution of a mortgage transaction, as provided in the Land Use Act.

b. Whether the consent provision in the Land Use Act is applicable to land owners who had their lands vested in them prior to the commencement of the Act (deemed grantees). 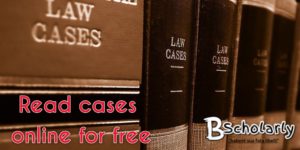 Facts, issues and decision of the court in Savannah Bank V Ajilo

The plaintiffs/respondents were the owner of the land in dispute prior to the commencement of the Land Use Act, making him a deemed grantee of right of occupancy. Subsequently in 1980, the plaintiff entered into a mortgage transaction with the 1st defendant (Savannah Bank). The land was then mortgaged in favour of the 1st defendant as a security for the money owed to it by the 2nd plaintiff. The 1st plaintiff is the managing director of the company which is the 2nd plaintiff. The defendants defaulted in payment of the secured debt.

In this action, the plaintiff sought a declaration that the mortgage transaction is null and void on the ground that neither the plaintiff nor the defendant had obtained Governor’s consent prior to executing the mortgage.

He also sought a declaration that the public notice of auction sell advertised by the defendant in respect to the sale of the mortgaged land is null and void since the power of sale cannot be exercised in respect to it in the absence of Governor’s consent being obtained prior to the mortgage, and an order of perpetual injunction restraining the defendants from selling or dealing with the land in any manner inconsistent with the rights and interest of the plaintiff with respect to the mortgaged.

Recommended: Differences between a void and voidable contract

Recommended: How to answer law problems and essay questions

The High Court granted the plaintiff all the relief sought, accordingly. The defendants being dissatisfied filed an appeal to the Court of Appeal on the ground that the trial court erred in law to have held that the requirement of Governor’s consent before alienation of interest in land applies to a deemed grantee.

The defendants being dissatisfied went a step further to the Supreme Court, stating the same question for determination.

Supreme Court examined the submissions of the learned counsel from both sides and even invited amicus curia who is a professor of law and Senior Advocate, to proffer his submission in respect to the issue. On the interpretation of section 34(2) of the Land Use Act, Supreme Court defined the term ‘deemed’ as having the same effect and consequences to the same extent as that which it is deemed to be.

Supreme Court held on the substance of the appeal that the mortgage transaction failed for noncompliance with the consent provision. The appeal therefore failed, upholding the decision of the High Court and the Court of Appeal.

The Supreme Court observed and agreed with the submission of the learned counsel to the appellants on the hardship which this consent provision poses to commercial transactions, as it would pose greater impossibility for the Governor to sign the consent papers in respect to the numerous land transactions that goes on in the state. The Supreme Court further commented in this case that this consent provision of the Land Use Act needs to be reviewed.