Home » Legal Articles » Doctrine of Covering the Field: Everything You Need to Know

Doctrine of Covering the Field: Everything You Need to Know 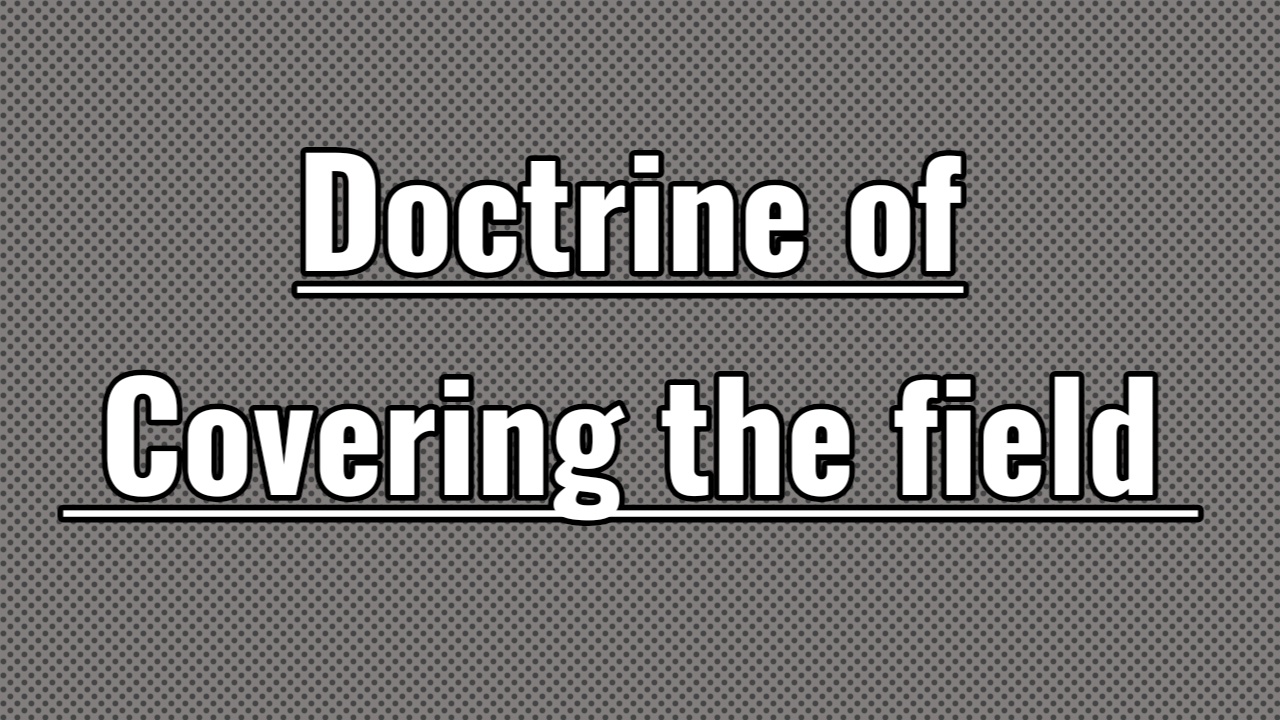 Apparently, Nigeria is a federation consisting of states and a Federal Capital Territory. Presently, Nigeria has thirty six states and federal capital territory, Abuja. The federal arrangement in Nigeria is premised on a distinctive division of powers of the federation between the central (federal) and state. 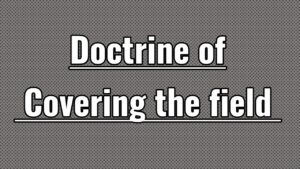 What is the doctrine of covering the field in constitutional law

Problems and criticisms of democracy

How to start a blog and make money in school

What is the doctrine of covering the field?

The doctrine of covering the field can arise in two distinct situations. First, where in the purported exercise of the legislative powers of the National Assembly or a State House of Assembly, a law is enacted which the constitution has already made provisions concerning the subject matter of the Federal Act or State law.

Secondly, where a state House of Assembly, by purported exercise of its legislative powers enacted a law which an Act of the National Assembly has already made provisions covering the subject matter of the State law. In both situations, the doctrine of covering the field will apply because of the “federal might” which relevantly are the constitution and the Act.

Historically, the doctrine of covering the field is attributed to the decision of Australian Courts. The doctrine first came into force in the case of Clyde Engineering Company Ltd v Coburn. In this case, the court held that:

“if a competent legislature expressly or impliedly evinced its intention to cover the whole field that is a conclusion test of inconsistent where another legislature assumed to enter to any extent upon the same field… The inconsistency is demonstrated, not by comparison of detailed provisions, but by the mere existence of the two sets of provisions”

The locus classicus of the doctrine is however the dictum of Dixon J in the Australian case of Ex Parte McLean where he observed that:

“When the parliament of the commonwealth and the parliament of a state each legislate upon the same subject and prescribe what the rule of conduct shall be, they make laws which are inconsistent, notwithstanding that the rule of conduct is identical which each prescribes and section 109 applies. That this is also settled, at least, when the sanctions they impose are diverse (Hume v Palmer (1926) 38 CLR 441). But the reason is that, by prescribing the rule to be observed, the Federal statute shows an intention to cover the subject matter and provides what the law upon it shall be.

If it appeared that the Federal law was intended to be supplementary to or cumulative upon state law, then no inconsistency would be exhibited in imposing the same duties or inflicting different penalties. The inconsistency does not lie in the mere co-existence of the two laws which are susceptible of simultaneous obedience. it depends upon the intention of the paramount legislature to express by its enactment, completely, exhaustively, what shall be the law governing the particular conduct or matter to which its attention it directed. When a federal statute discloses such an intention, it is inconsistent with it for the law of a state to govern the same conduct or matter.”

ALSO READ: List of political parties in Nigeria before Independence

Even in Canada, where no Section corresponding to section 109 of the Australian Constitution exist, but where by reason of exclusive field of legislation, conflict may arise between the National and the provincial legislation, the Privy Council in the case of Attorney General of Ontario v Attorney General of the Dominion of Canada enunciated a rule of interpretation which in practical effect corresponds with section 109 of the Australian Constitution.

The doctrine of covering the field is attributed to the Australian courts. Substantively, it amounts to this. When a law, if valid, would alter, impair or detract from the operations of the law of the commonwealth parliament, then to that extent it is invalid.

Moreover, if it appears from the terms, the nature or the subject matter of a Federal enactment that it was intended as a complete statement of the law governing a particular matter set of rights and duties, then for a state law to regulate or apply to the same matter or relation is regarded as a detraction from the full operation of the commonwealth law and so is inconsistent.

“The inconsistency does not lie in the mere co-existence of two law which are susceptible or simultaneous obedience. It depends upon the intention of the paramount legislative to express by its enactment, completely, exhaustively, or exclusively, what shall be the law governing the particular condition or matter to which its attention is directed. When a Federal Statute discloses such an intention, it is inconsistent with it for the law of a statute to govern the same condition or matter“.

MUST READ: 21 Leading Cases in the law of contract you must know

In the same vain, the doctrine of covering the field also extend to any inconsistency that may arise between an Act of the National Assembly or a law of the House of Assembly of a State and any of the provisions of the Constitution. Thus where the constitution has enacted expressly or impliedly exhaustively on any subject matter neither the National Assembly nor the House of Assembly of a state can Validly legislate on the same subject matter.

Donoghue v Stevenson: Facts, Issues and Decision of the court

How to become a successful lawyer in Nigeria

Characteristic of a good constitution

In my view, the doctrine of covering the view is a very important and inevitable doctrine because it helps to stop a situation where there will be two conflicting law existing in a country at the same time. Based on this, I am also of the opinion that the judgements of the judiciary in the above cases are actually correct and should the followed by subsequent judgments in future.

2 thoughts on “Doctrine of Covering the Field: Everything You Need to Know”