Home » Legal Articles » Can the Supreme Court Overrule/Overturn/Reverse Its own Decision? Answer

Can the Supreme Court Overrule/Overturn/Reverse Its own Decision? Answer

CAN THE SUPREME COURT OVERRULE Its OWN DECISION? This is one of the questions asked by lawyers and law students all over the world. As a law student, I was told that the Supreme Court is the apex court in the hierarchy of courts and whenever it makes decision on any legal matter, it is final and binding on other lower courts.

This proposition has been supported my many lawyers, scholars and even judges through case law.

In some countries, when the Supreme Court makes decision on any matter, it cannot be reversed by any lower court or authority. But this is not totally true because, in some cases, the decision of the Supreme Court can be overruled by the parliament.

Conversely, in answering the question as to whether the Supreme Court can reverse, overturn or overrule its previous decision or not, i will not generally say Yes or No; considering the fact that readers from different countries with different laws, are going to read this topic. 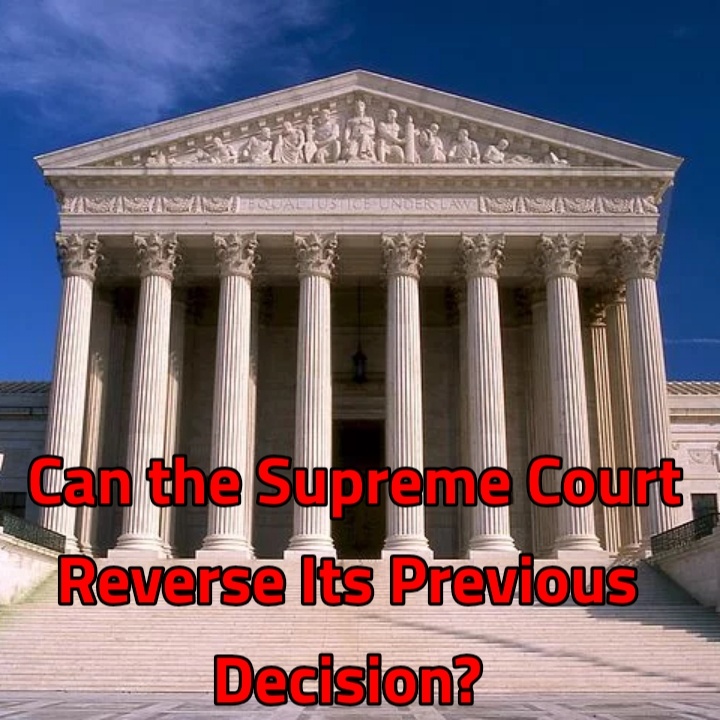 I enjoin you to continue reading this work if you want to know the authorities I used to reach my conclusion above.

What It Means To Overrule a Court Judgement

As you already know, the Supreme Court is usually the apex court in every country. Also, when the Supreme Court makes decision on any matter, it is binding and in some cases, it cannot be opposed by anyone or authority.

The term “overrule” means “to set aside; to annul; to vacate.” Thus, to overrule a Supreme Court decision means to set aside or annul a judgment that has been given by the Supreme Court.

Can The Supreme Court Overrule/Overturn or Reverse Its Previous Decision?

In Brown v. Board of Education of Topeka, the United States Supreme Court held that segregation of students in public schools violates the Equal Protection Clause of the Fourteenth Amendment, because separate facilities are inherently unequal.

This decision overruled the previous decision of the same Supreme Court in Plessy v. Ferguson, where it was held that the “separate but equal” provision of private services mandated by state government is constitutional under the Equal Protection Clause.

From the aforementioned cases, there is no doubt that the United States Supreme Court can reverse itself if it finds out that the previous decision will perpetuate injustice.

Must read: Are lawyers liars? See whether lawyers are liars here

Can the supreme court overrule, reverse, overturned or go against its previous decision?

Types of judicial evidence that is admissible in court

How to become a successful lawyer in your country

Read 6 (Six) Exceptions to the rule in pinnel’s case

In conclusion, it is important to note that most times, it is only the Supreme Court that can reverse its own previous decision, and in doing this, the court is usually very careful so that the prestige of the court will not decrease.

In all, i must state that it depends on the law in force in a state. However, to the best of my knowledge, the supreme court can reverse itself in the countries I mentioned and explained extensively above.

Hope this was helpful? If you have any question or contributions to make on this topic, please do that using the comment section. I will be happy to hear from you.

1 thought on “Can the Supreme Court Overrule/Overturn/Reverse Its own Decision? Answer”