Best Programmers In The World: Top 12 Most Famous 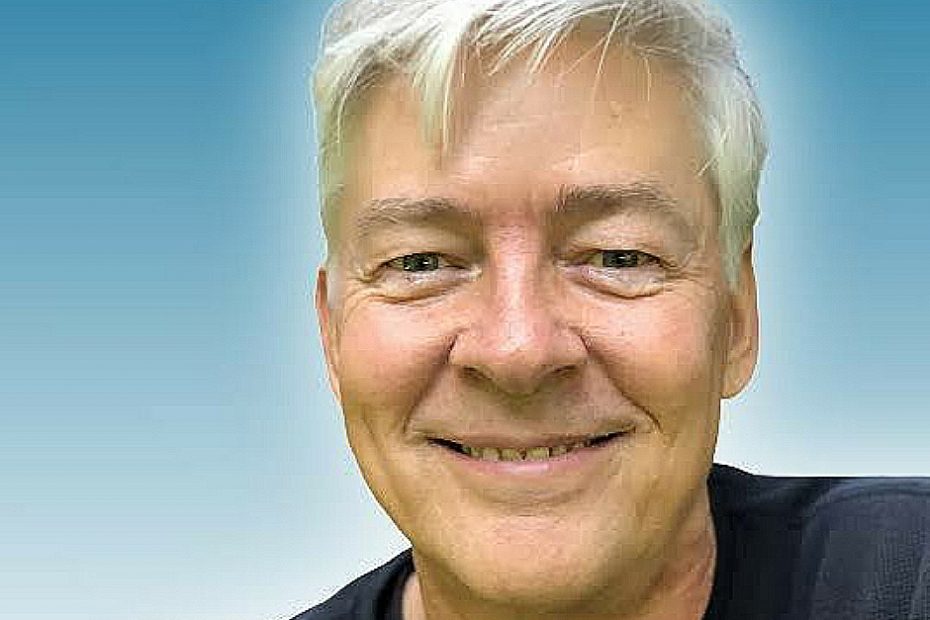 Best Programmers in the World: A programmer is a someone who can write computer programs and alter them. No matter what sort of programmer you are, you make a contribution to society, no matter how insignificant. However, there are a select handful who have made contributions well beyond what a single programmer typically does in a career.

These programmers are innovators in their fields, each contributing something that has fundamentally altered how people access information and media. Therefore, without further hesitation, here are the best programmers of all time.

12 Most Popular And Best Programmers/Coders In The World 2022

1. Dennis Ritchie: Dennis MacAlistair Ritchie, an American computer scientist, is recognized for helping to shape and develop the digital era. He invented the most widely used C programming language, which is used today in a wide range of software applications, embedded system development, and operating systems, and has impacted the creation of most current programming languages. 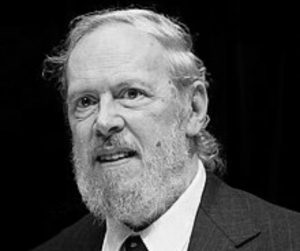 Fastest programmer in the world

Dennis was also one of the co-founders of the UNIX operating system. For his efforts, he earned the ACM’s Turing Award in1983, the IEEE’s Hamming Medal in1990, and President Clinton’s National Medal of Technology in 1999. When he resigned in 2007, he was the chairman of Lucent Technologies’ System Software Research Department. On October 12, 2011, he kicked the bucket, prompting the introduction of the Fedora 16 Linux version in his honor.

2. Linus Torvalds: Linus Benedict Torvalds is a software engineer from Finland. He designed the Linux kernel operating system in his college dorm at the University of Helsinki, and he is the inventor and director of the Linux kernel. He also invented the Git(Open Source) centralized control system, which is currently used all over the globe. 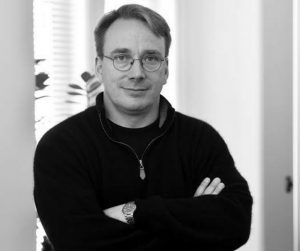 Linus won the Electronic Frontier Foundation (EFF) Pioneer Award in 1998, the MIT Technology Review TR100 named him “among the top 100 inventors below the age of 35″ in the globe in 1999, the Lovelace Medal from the British Computer Society in 2000, and the Millennium Technology Prize in 2012.  One fascinating aspect about him is that everyone on his maternal side of the family was a journalist, but he desired something else.

3. Bjarne Stroustrup: A computer scientist from Denmark, Bjarne Stroustrup. In Bell Lab, he created and developed the most extensively used computer language, C++. Stroustrup earned the Senior Dahl–Nygaard Prize in 2015, the Faraday Medal from the College of Engineering and Technology (IET) in 2017, the IEEE Computer Society’s 2018 Computer Innovator Award, and an honorary doctorate from the University Carlos III in Spain recently. 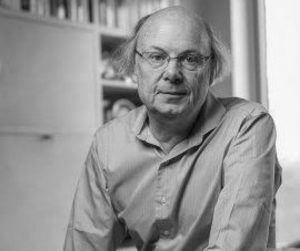 Who is the best coder in the world

He is now a Lecturer and the College of Engineering Chair in Computer Science at Texas A&M University, as well as a visiting professor at Columbia University and a Managing Director at Morgan Stanley.

4. Tim Berners-Lee: “Tim” Berners-Lee, usually known as “TimBL,” is a British computer scientist who is best known for the HTML, URL, and HTTP technologies. He was the one who originally exposed us to the World Wide Web in 1989 and set up the first successful Internet communication between a Hypertext Transfer Protocol client and server. 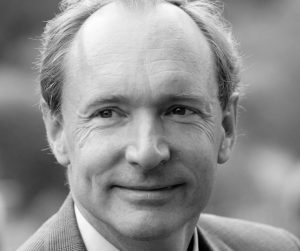 Tim has won numerous awards for his outstanding work. He was among five Internet and Web pioneers honored with the Queen Elizabeth Prize for Engineering’s first award. For creating the World Wide Web, he got the ACM Turing Award in 2016. Lee is the head of the World Wide Web Consortium (W3C), a senior fellow at the MIT Computer Science as well as Artificial Intelligence Laboratory, and is the Creators Chair incumbent.

Also see: Most difficult programming languages to learn in 2022

5. Brian Kernighan: Brian Wilson Kernighan worked at Bell Labs alongside Ken Thompson and Dennis Ritchie as a computer scientist. He is a co-developer and co-creator of the UNIX operating system. He is also a co-creator of the programming languages AWK and AMPL. Kernighan is presently a Professor and the Undergraduate Department Representative at Princeton University’s Computer Science Department. 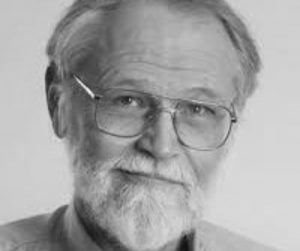 Best Java programmer in the world

Kernighan rose to prominence after co-authoring the first book on the C programming language and writing numerous UNIX programs for Version 7 Unix, including ditroff and cron. His other significant works include “Why Pascal is Not My Favorite Programming Language,” which is a prominent critique of Pascal.

6. Donald Knuth: Professor Emeritus (retired professor) at Stanford University, Donald Ervin Knuth is an American computer scientist and mathematician. Knuth has been nicknamed the “Father of Algorithm Study” for his contributions to the establishment of critical analysis of algorithm computational load and systematized formal mathematical methodologies for it. 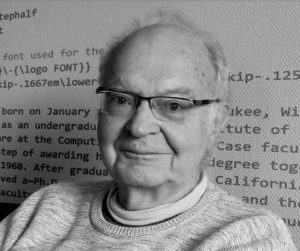 Best Programmers in the World currently

Knuth is also the author of the TeX computer typesetting system and the METAFONT font defining language and rendering technology, as well as popularizing asymptotic notation. He has made contributions to numerous disciplines of theoretical computer science and is the designer of the Computer Modern font family.

7. Ken Thompson: Kenneth Lane Thompson, also known as “Ken” in the hacker scene, is a computer science pioneer from the United States. Thompson was among the first inventors of the Plan 9 operating systems, having conceived and implemented the first Unix operating system as well as inventing the B programming language (the direct ancestor to the renowned C programming language).

Thompson has also worked at Google from 2006, where he co-invented the Go programming language. Ken’s other contributions included regular expressions, the early computer text editors QED and ed, the specification of the UTF-8 encoding, and even work on computer chess, which included the construction of endgame tablebases and the chess machine Belle.

8. Guido van Rossum: Guido van Rossum is a well-known Dutch computer programmer and the creator of the widely used Python programming language. In the Python community, his development of Python earned him the title of “Benevolent ruler For Life,” which implies he will stay to supervise the Python development process, making choices as needed, indefinitely.

Rossum created Python while working at Google, where he also designed Mondrian (Google’s own code review tool) and Rietveld. He now works for Dropbox after working for Google for seven years. Rossum has been honored by the Association for Computing Machinery as a notable engineer, as well as the NLUUG Award in May 2003.

9. James Gosling: James Arthur Gosling is a computer scientist from Canada who has been awarded the Honour of Canada. He has written a variety of applications, but is most known for inventing the extremely successful and extensively used Java programming language, and also the virtual machine and compiler that went with it, in 1994. He owes his invention to his graduate student days, when he built a p-code virtual machine for the lab’s DEC VAX computer so that his professor could run UCSD Pascal applications.

He later discovered that a similar approach might be used to enable architecture-neutral execution for globally dispersed programs.

James has also contributed significantly to a number of other software projects, including NeWS and Gosling Emacs. Gosling was named a Foreign Associate Fellow of the National Academy of Engineering in the United States for his achievements and accomplishments.

10. Bill Gates: Bill Gates is an American business entrepreneur, computer programmer, PC pioneer, investor, and philanthropist who is widely regarded as among the most popular computer programmers of all time. He is the co-founder, former CEO, and current president of Microsoft, the world’s largest personal computer software firm. He is among the most well-known entrepreneurs of the personal computer revolution, having contributed to the development of Windows, the world’s most popular operating system.

Apart from overseeing the commercial side of Microsoft during the first five years, Gates also personally oversaw every single piece of code the firm released, often changing ones he felt erroneous or defective. Apart from his programming abilities, he is well-known for his philanthropy and astute financial planning, but he is often chastised for his anti-competitive business practices.

11. Jon Skeet: A software developer named Jon Skeet is well-known for having the best reputation on the Stack Overflow question-and-answer website. In September 2008, Skeet signed up for Stack Overflow after reading about it in a blog article. By December, Skeet had attained a million reputation points, making him the user with the greatest reputation on the platform. He is well-known on the site because to his time there. 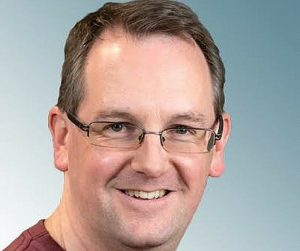 Who do you think is the best coder? Why?

He is a Microsoft MVP award winner, a legendary C# developer, and a Java engineer who works for Google. Skeet is the creator of the Noda Time C# API and other publications, including C# in Depth. From 2019 to 2020, Skeet served as a member of the.NET Foundation’s board of directors. Skeet has a cult following among developers because of the 333 million developers who have benefited from his responses. He has actively helped to solve issues relating to the C#, Java, and.Net frameworks.

Recommended: Countries With the Best Doctors in the World

12. Anders Hejlsberg: A well-known Danish software developer named Anders Hejlsberg co-created a number of widely used and financially lucrative programming languages and development tools. He is credited for developing the well-known C# programming language. He was the principal architect of Delphi and the original inventor of Turbo Pascal. He is presently employed by Microsoft as the chief architect of TypeScript and C#. 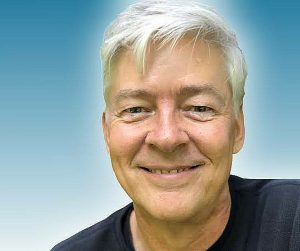 Best developers in the world

Hejlsberg’s contributions to the Microsoft.NET Framework, Turbo Pascal, Delphi, and C# earned him the 2001 Dr. Dobb’s Excellence in Programming Award.

Recommended: Differences between the first generation of and second generation computer

Without a question, the contributions and innovations of these programmers have influenced our current way of life. Normal programmers may find coding difficult, but it is the easiest way to innovate something, and this simplest thing may make you a wonderful person if you put up the effort.