Home » Scholarly Articles » Countries With the Best Doctors in the World 2022: Top 14

Countries With the Best Doctors in the World 2022: Top 14 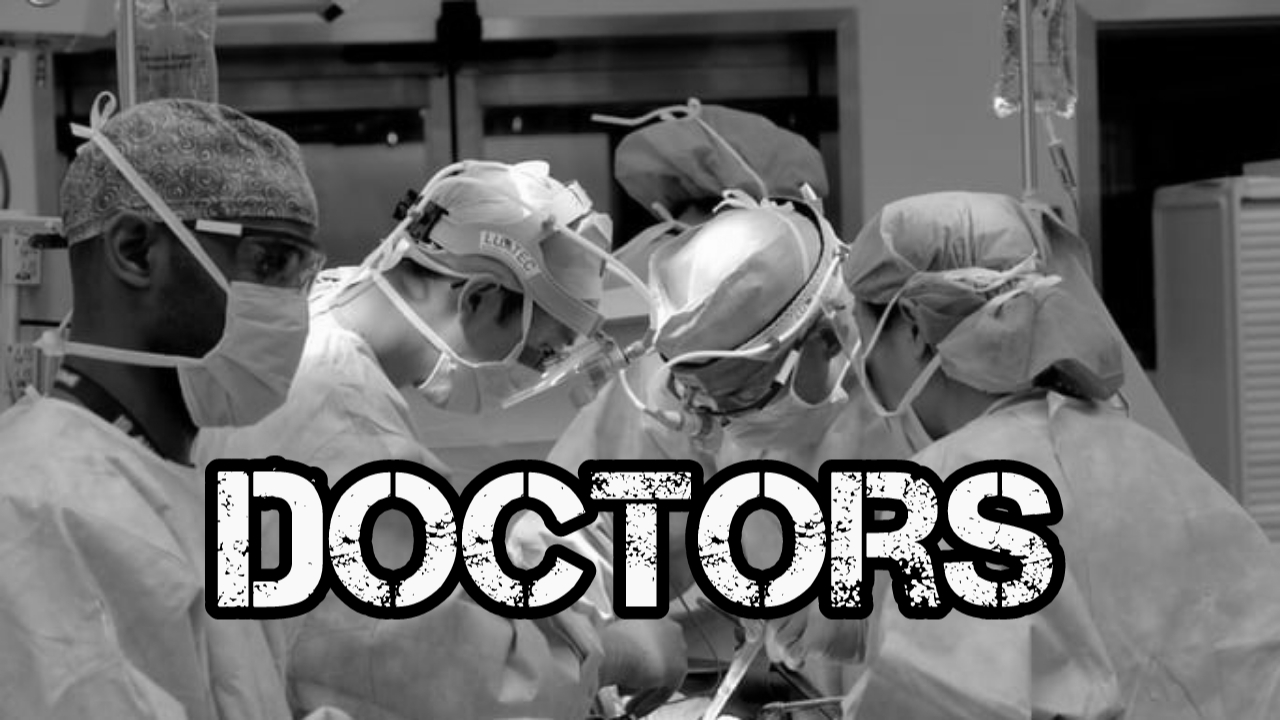 Countries with the Best Doctors in the World: Health is more valuable than any form of riches on earth. The government must build a wide range of health institutions, hospitals, and clinics to assist all of an individual’s health measures. Doctors are an integral element of these institutions and the basic cornerstone of each nation’s healthcare system. The more established a country’s education institutions are, the more competent and qualified doctors it will generate. 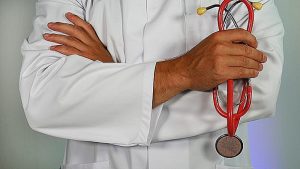 Which country has the best doctors in the world?

As a result, not every country has a competitive advantage in terms of having the best doctors. Only those nations where the government has offered adequate incentives and great education to medical professionals appear to have some of the top physicians in the world.

Recommended: Best countries to practice medicine and surgery in the world

Countries with the Best Doctors

The United States has generated a strong list of award-winning and internationally renowned doctors. Denton Cooley, a surgeon recognized for executing the first prosthetic heart implantation; Alfred Blalock, a physician renowned for his research on the Tetralogy of Fallot; Charles R. Drew, famed for his comprehensive study on blood transfusions; and Virginia Apgar, renowned for her research in anesthesiology and teratology, are among the names on the list. Healthcare in the United States is indeed extremely expensive. However, you may be assured that you will always be treated by some of the top doctors in the world.

2. India: India is one of the countries at the forefront in the medical sector. When compared with other developed nations, India has the best doctors both local and internationally. Statistics shows that a majority of the doctors in countries like the United States, Australia, Canada etc, are Indians. This has been corroborated by Dr. Anupama Gotimukula, president of the American Association of Physicians of Indian.

Top Best doctors in the world 2022

In less developed countries and developing African countries, very difficult medical operations or activities are taken to professionals in India. The reason is actually because, India is deemed to have, not just the best doctors but also the best medical facilities for any medical treatment. Indian doctors are also more exposed to a lot of cases than their Western counterparts. Apparently, students over there go through more rigorous training than other countries.

Recommended: Countries with the Best Judicial System in the World 2021: Top 10 Legal Systems

Countries with the best medical officers and professionals

Fleming is well known for inventing penicillin, the first antibiotic. His discovery of the antibiotic immediately elevates him to the ranks of history’s most significant figures. In1945, he was jointly awarded the Nobel Prize in Physiology or Medicine with Australian Howard Florey and British Erns Boris Chain.

4. Germany: Germany is a nation rich in tradition and awash in human resources. The country has a history of generating medicinal treasures. Clinical supervision and training from international institutes are sought after by their experts.

European countries with the best doctors in the world

Germany has provided the groundwork for medical personnel to maintain the healthcare system’s dynamic flow. Each physician, from surgeons to general practitioners, is highly qualified and well-trained for the task. Rudolf Virchow is a well-known German physician. He is recognized as the “Founding fathers of modern Pathology” and for his contributions to public health.

Few people in biology can match Ernst Haeckel’s achievements. Haeckel was a biologist, naturalist, and physician who is recognized for finding and naming hundreds of new species as well as coining several biology words.

Also see: How to know your are an intelligent student

5. France: France gave rise to Jean-Martin Charcot, who is well-known for his contributions to neurology. Because of his considerable work in the field, he is sometimes referred to as the “Father of Modern Neurology” or “Father of French Neurology.” He is particularly well-known for his research into hypnosis and hysteria.

Which country has the highest number of doctors in the world

Alexis Carrel is the most well-known surgeon in France. Carrel co-created the first circulation pump, which is used in organ transplantation, and was awarded the Nobel Prize in Medicine in 1912.  His suturing methods are very well-known. Rene Laennec, of course, comes to mind when we think about French doctors. The stethoscope, one of the most commonly linked tools with the phrase “doctor,” was invented by Laennec.

6. Switzerland: Switzerland is regarded as having one of the best healthcare systems in the world. The small but wealthy country famous for its chocolates has produced several doctors who have made significant contributions to the area of mental health. Carl Jung, a psychiatrist and psychologist, is without a question a well-known doctor.

Analytical psychology, which takes into account the individual mind, was created by Jung. Video game players that are conversant with the Persona series are well-versed in Jung and Jungian psychology. The Rorschach test, a psychological examination designed to delve into someone’s character traits, was created by Hermann Rorschach. Jean Piaget, a psychologist, is most known for his mental development hypothesis, which focuses on individual intelligence.

7. Canada: Canada is renowned for owning several of the best healthcare systems in the world, a feature that is frequently used to mock the United States’ overpriced system. Doctors from Canada have also contributed significantly to the world of medicine. Frederick Banting is maybe the most well-known of all.

Where to find the best doctors in the world

Banting is credited with co-discovering insulin, a peptide hormone linked to diabetes. Banting shared the Nobel Prize in Medicine alongside Scotsman John Macleod in 1923. He is still the youngest individual to get the honour. Roberta Bondar, a Canadian, is a well-known researcher in the field of space medicine. She became the first female Canadian astronaut and the first neurologist to travel to space. She is well-known for her services to space medicine research.

8. Italy: In the 2000s, Italy discovered the doctor who saved millions of individuals. Around 2003, Carlo Urbani, an Italian, was the first to discover severe acute respiratory syndrome (SARS), an extremely contagious viral illness. He became afflicted with the then-unknown illness and eventually died after. However, not before informing the World Health Organization (WHO).

Who is the No 1 doctor in the world?

Maria Montessori and Rita Levi-Montalcini are two of Italy’s famous women. Montessori, a doctor, was credited with creating the Montessori Method of teaching, which is being used today. Levi-Montalcini is noted for her research in neuroscience, and she is recognized for developing the nerve growth factor in the mid-20th century alongside American Stanley Cohen.

9. Australia: Australia is widely credited for generating several physicians who have been awarded the Nobel Prize for outstanding accomplishments in medicine.

Countries with the best public health care system for doctors

Howard Florey is perhaps the most prominent of these. Alexander Fleming is widely attributed for developing penicillin, a significant medical breakthrough in history. Florey, on the other hand, was the one who conducted the first drug trials and, along with Ernst Boris Chain, developed a penicillin-based medication that saved countless lives.

10. Austria: When the words “Austria” and “doctor” are used together, people automatically remember Sigmund Freud. Psychoanalysis, a technique used to address mental health conditions, was developed by Sigmund Freud. His research on dreams, the unconscious mind, and psychology, in particular, is unrivalled and continues to be important today. 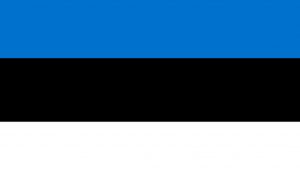 Top countries in Africa with the best health care system

But Sigmund Freud was not the only Austrian doctor who has made major achievements in the field of mental health treatment. Hans Asperger is well-known for his work in the field of childhood mental illnesses, albeit his efforts were only publicly acknowledged after his demise in 1980. And psychologist Alfred Adler is well-known for his research on the inferiority complex.

Also see: Countries where snow falls in Africa you should know

11. Greece: It is just logical that Greece appears on this list. Hippocrates, known as the “Father of Medicine,” was born in this nation. He is credited with transforming healthcare in ancient Greece and instituting medicine as a legitimate profession.  He devised the well-known Hippocratic Oath, which is currently in use as a statement of medical ethics.

Galen is another well-known Greek physician. Galen is acknowledged for his achievements in numerous scientific studies including anatomy, pathology, and neurology, and is regarded as the finest medical scholar in ancient history. His writings had a significant impact on medical research in the Western world, particularly in the field of anatomy.

12. Israel: In the ranking of nations with expert and highly rated doctors around the world, Israel is ranked first. Each year, a sizeable percentage of its budget is set aside for the certified doctors’ practice and study in the field of health. They are authorized to offer their medical services to the public in every location, from the centre to the periphery.

Which country has the best doctors in Africa

Additionally, patients from other corners of the globe consult them as well. To raise doctors’ awareness, numerous research initiatives on various diseases and international conferences are also organized yearly in this country. It is also important to know that Israel has one of the best Healthcare in the world currently.

13. Belgium: In terms of producing the top doctors throughout the past few years, Belgium has shown to be a great country. This country has contributed to the development of top-notch medical facilities such as clinics, hospitals, research facilities, and the pharmaceutical sector. 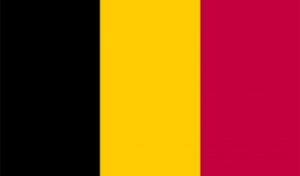 Which country has best doctors in Asia

There are experts in every other discipline, in addition to general physicians, who have excellent education and experience.

14. Norway: According to rankings from 2022, Norway ranks third among nations with the best and most highly regarded doctors in the world. Norway is well known for having one of the best healthcare systems in the world.

Which country has the best doctors and hospitals

In terms of medical research and health education, it is a rich country as well. Its healthcare system has excelled to several levels of achievement over the years. Norway has also improved the caliber of doctors it has been training.The Norwegian medical community has now excelled in all medical specialties and gained knowledge in a wide range of cutting-edge biotech research disciplines.

It’s a hard process to determine which countries have the best doctors. The subject is simply too wide to produce a thorough list. For this list, we looked into the past to see which nations generated the most doctors who made important contributions and achievements in medicine. It isn’t the most precise method of approaching the list. We couldn’t conceive of any other method to rank which nations had the best doctors in the world, given the topic’s complexity.