Oldest Languages In The World: Top 10 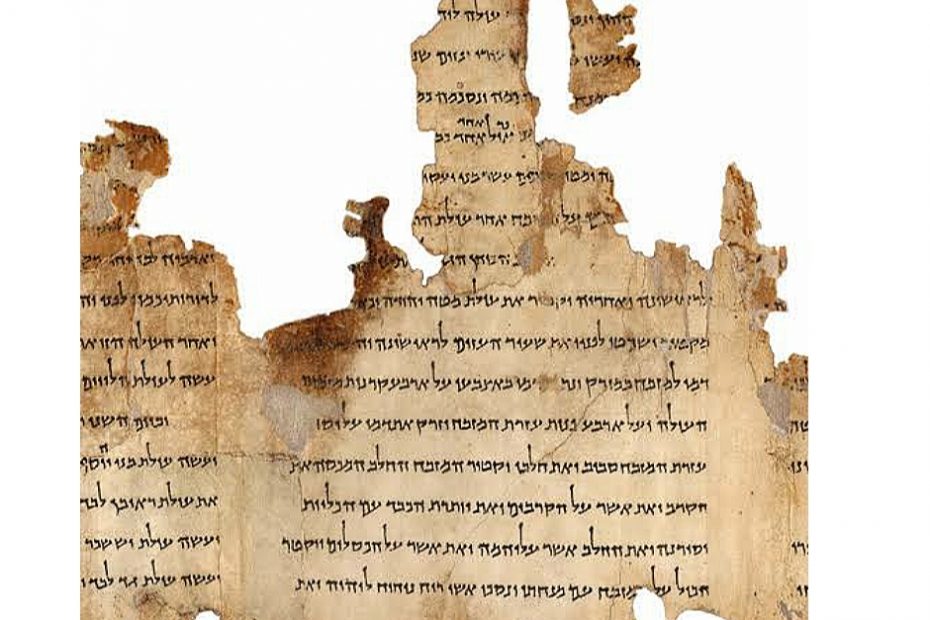 Oldest Languages In The World: Language has a huge impact on a variety of facets of our lives today and has done for millennia, making it difficult to picture existence without it.Before there were civilizations, kingdoms, and societal norms, humans used hand signals and archaic spoken sounds to communicate. The concept of languages originally emerged some 10,000 years ago, dramatically changing the course of human history. The use of language is what propelled human evolution and led us to where we are now.

Despite the fact that the genesis of the world’s first language is the topic of great controversy, some of the earliest languages in the world may be found in ancient writings and cave drawings.Even while we’ll never know for sure when the first spoken languages emerged in the human race, we can date the earliest written records of languages to around 5,000 years ago.The earliest known use of a language in texts and its present usage are required to identify a language’s age, according to linguists. The following list contains information on the ten world languages that have been recorded as being the oldest.

Recommended: Oldest books in the world

Top 10 Oldest Languages In The World

1. TAMIL TAMIL (3000 BC): Tamil, also known as Dravidian, has been spoken for 5,000 years and is the world’s oldest living language. In 3,000 BC, the country’s first grammar book was printed. It is possibly the oldest written language still in use today and is among the top ten oldest languages in the world. Its extensive literary tradition is another benefit of being a classical language. Since thousands of newspapers are still published in it today, it is clear that the language is still in use. 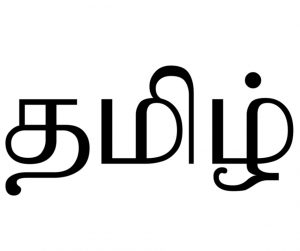 Oldest Spoken Languages in the World

Moreover, Singapore and Sri Lanka both officially recognize Tamil as a language. India’s Tamil Nadu, Kerala, Andhra Pradesh, Karnataka, Puducherry, Delhi, Gujarat, Goa, and Assam all have it as their native tongue.  There have been found Tamil inscriptions dating back to the third century B.C.  With 78 million native speakers and recognition as an official language in Singapore and Sri Lanka, Tamil is the oldest language in existence.

2. EGYPTIAN (2690 BC): The language of ancient Egypt was established some 4,700 years ago. Perhaps the oldest language in the world is this Egyptian one, which goes back to 2690 BCE. Autobiographical writings and the proto-language hieroglyphs were found in Egyptian tombs approximately 600 years before the arrival of complete texts in Egyptian. 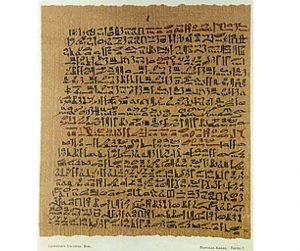 What Is The Oldest Language Ever Discovered?

Hieratic and hieroglyphic were the writing systems used in Old, Middle, and Late Egypt. In the seventh century BC, the hieratic-descended script known as demotic appeared. The Greek letter served as the basis for the Coptic script, which also included modifications for Egyptian pronunciation. It was initially created during the Ptolemaic era, and between the fourth and fifth centuries of the Christian era, it gradually superseded the Demotic script.Recently, hieroglyphics from 396 CE were found on a post from a temple gate in Philae. At this time, some written Tamil documents were also found. Coptic is still used in Egypt.

3. CHINESE (1250 BC): One of the oldest languages, Chinese is the official language of China. Its first written form is said to have developed around 1250 BC. It is commonly known as the Han ethnic Chinese. Han ethnic Chinese, a branch of the Sino-Tibetan language family that is a member of the Sinitic family, is the collective name for a number of languages spoken by the Chinese majority and several minority ethnic groups in Greater China. 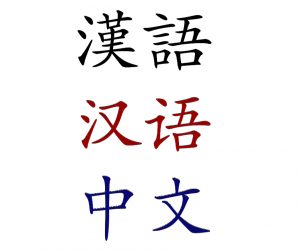 Approximately 1.3 billion people, or roughly 16% of the world’s population, speak a variety of Chinese dialects as their mother tongue. A common misconception among native Chinese speakers is that there are only one or two varieties of the language. Despite this, because they are not mutually comprehensible, they are sometimes treated as separate languages within a family.

The earliest written records of this language first began to appear more than 3,000 years ago, during the Shang dynasty. As the language evolved throughout this period, the numerous regional dialects became incomprehensible to one another.Bronze objects from the Shijing (Classic of Poetry), Shujing (Classic of History), and portions of the Yijing all have Old Chinese text evidence (Classic of Changes). The two most widely used languages of Chinese today are Mandarin and Cantonese.

4. GREEK (1450 BC): Greek also known as Hellenes is a separate branch of the Indo-European language family that originated in Greece, Cyprus, southern Albania, the Balkans, Asia Minor, and the Eastern Mediterranean. With at least 3,400 years of written records, it has the longest recorded history of any Indo-European language. 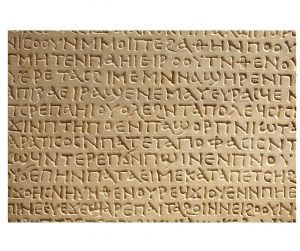 What was the first language written

It uses the Greek alphabet, which has been around for almost 2,800 years, as its writing system.All eminent philosophers and academics throughout history once thought, spoke, and wrote Greek. The language was first spoken about 1500 BC. This language is currently spoken by about 13 million people in Greece and Cyprus.

Greek was also the original language of the Christian New Testament. The European Union also recognizes it as an official language.

Also see: Best and Most Visited museums in the world

5. HEBREW (1000 BC): Hebrew is frequently referred to as the oldest spoken language in the world, while there are a select handful that have older origins. Hebrew’s association with biblical writings is the reason behind this. 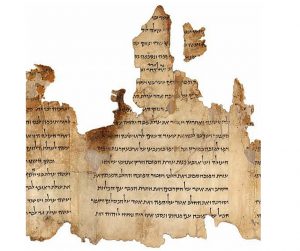 Hebrew, however, almost completely vanished for a few centuries before being restored, unlike the other languages on this list. Hebrew had ceased to be a common tongue between 200 and 400 BC, but it was still used for Jewish liturgy, rabbinic literature, intra-Jewish trade, and poetry.

Then, in the 19th century, Jewish activist Eliezer Ben-Yehuda started resurrecting spoken Hebrew. Hebrew was made the official language of the State of Israel in 1948 as a result of the movement’s success.

6. ARAMAIC (900 BC): The Aramaic language, which emerged from the Aramaic states in the 10th century BC, provided the Hebrew and Arabic languages with a large number of vocabulary. It has a strong influence on Farsi and is well-known for its written records and diplomatic records. Lebanon, Israel, Syria, Iran, Iraq, as well as western nations like the US, Australia, Europe, and Russia, speak different dialects of modern Aramaic. 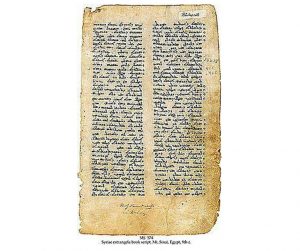 Is Tamil the oldest language in the world

Aramaic is one of the native languages of various Semitics from the Near East, and between 579,000 and 1,000,000 people in the country speak it as their first language. It has long been considered a sacred language.

Also see: How to choose the right business for yourself

7. ARMENIAN (450 BC): Armenian, also known as hayeren, is the only language to belong to its own unique branch of the Indo-European language family. It is spoken as Armenia’s first language. Formerly only spoken in the Armenian Highlands, the Armenian language is today widely spoken around the globe. 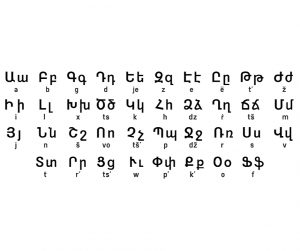 Is Sanskrit the oldest language in the world

The Armenian alphabet, created in 405 AD by the priest Mesrop Mashtots, is used to write Armenian. Due to its Indo-European heritage, Armenian is regarded as one of the most important and ancient languages in the world. In addition, the Bible was translated into Armenian in the fifth century, and it is the earliest Armenian document still extant.

It serves as the de facto official tongue for both Armenia and the Republic of Artsakh.

8. PERSIAN (FASI) 525 BCE: Persian, or Farsi as it is presently known, has its roots in ancient Iran and has three distinct historical eras: Old Persian (c. 525 BCE – 300 BCE), Middle Persian (300 BCE – 800 CE), and Modern Persian (since 800 CE). Some of the earliest Old Persian inscriptions are from around 600 BCE, but the Behistun Inscription, which is from around 525 BCE, is the most significant example of early Persian writing. 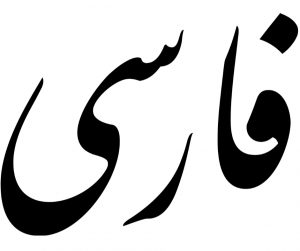 Second oldest language in the world

Persian is still a widely spoken language today, with 110 million speakers globally, according to estimates. Iran, Afghanistan, and Tajikistan all have Persian as their official languages. Persian affected the languages of nearby areas, including as Armenian, Georgian, and Urdu, much like many of the ancient tongues on this list.

Recommended: Most Beautiful Flowers in The World

9. LATIN (75 BC): The Italic branch of the Indo-European languages includes the classical language of Latin. Latin was originally a dialect used in the lower Tiber region (then called Latium) near modern-day Rome, but thanks to the Roman Republic’s authority, it spread throughout Italy and eventually the entire Roman Empire. 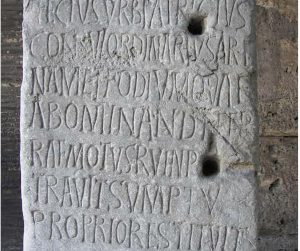 oldest languages in the world that are still in use

Its alphabet, the Latin alphabet, emerged from the Old Italic alphabets, which in turn were derived from the Etruscan, Greek and Phoenician scripts. The prehistoric language of the Latium region, notably the area around the River Tiber, where Roman civilization initially emerged, served as the basis for historical Latin.

Furthermore, Inscriptions written in Latin first surfaced circa 75 BC. Before Latin, there was also Old Latin, which had an impact on many other languages. All other languages, including Spanish, Italian, French, Portuguese, Romanian, Catalan, and other words, as well as many words in current English, descended from the Romans, making up the family of Romance languages. The majority of European languages were built on the foundation of Latin, which is still used as an official languages in Poland and the Vatican.

Also see: Largest Forests In The World (With Pictures) 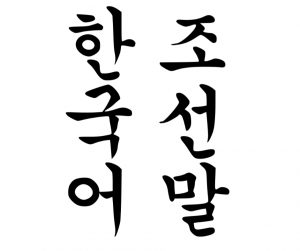 A lot is known about Middle Korean, the version of the language that was spoken in the 15th century (the same century that the writing system was developed), but less is known about the earlier forms. In the vocabularies created by the Chinese as early as 1103, several hundred early Middle Korean words were recorded with phonograms.

Old Korean, a much older form of the language, has emerged from place names and the 25 poems (known as hyangga) that date back to the 10th century and represent the language of the Silla dynasty.Modern Korean advanced more clearly in the 17th century. China, Japan, South Korea, North Korea, Uzbekistan, Kazakhstan, and Uzbekistan are among the nations where this language is spoken.

The fact that Korean is spoken all over the world, including the United States, where it is also extensively spoken, is making it more of a language to study in the twenty-first century. Although both North and South Korea use Korean as their official language, there are variances between the two territories’ spellings, lexicons, dialects, and even alphabets.