Oldest Religions In The World: Top 8 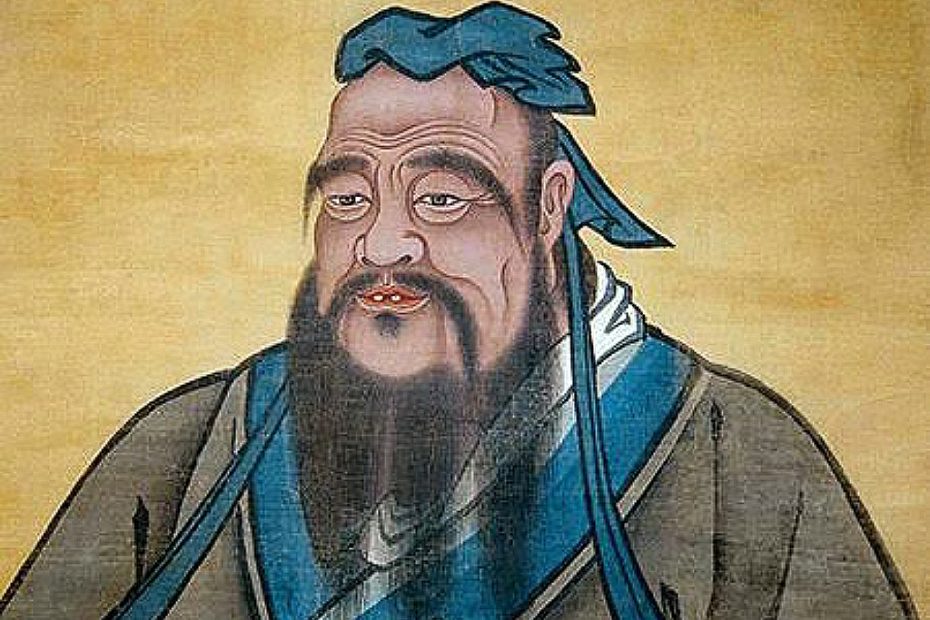 Oldest Religions In The World: From prehistoric to modern times, religion has played a role in the history of the human race. The majority of human religious experience is prehistoric. The age of formal writing, or written history, is just about 5000 years old. Due to a lack of written records, the majority of what is known about prehistoric religion comes from archaeological findings, other indirect sources, and conjecture.

The majority of religions claim to have existed since the beginning of the universe or of human civilization. Many of the main world religions, such as Buddhism, Islam, and Christianity, have a well-known spiritual leader or prophet who laid the cornerstone of the faith. Typically, the lives of these prophets can be connected to the beginnings of different religions. Others appear to have developed as a result of the blending of religious beliefs and ceremonial practices of a portion of the community, which were sanctioned by one or more spiritual leaders. The majority of traditional religions were founded in this manner.

It is challenging to build a list of the oldest religions in the world. Religion has been a part of human culture since before written records existed. A significant percentage of what we know about prehistoric religions comes from conjecture, archeological discoveries, and other disputed indirect sources. However, there is broad scientific agreement that the following religions are among the world’s oldest:

1. HINDUISM (CIRCA 7,000 BCE): Hinduism is frequently regarded as the oldest religion that is still actively practiced today. This may be the case, but it’s crucial to remember that Hinduism is a combination of various ages-old traditions and beliefs rather than having a single founder or book. The Rig Veda, which is thought to be roughly 3,500 years old, is the earliest Hindu scripture. However, bull and cow patterns, which are revered in Hinduism, have been discovered on artifacts that date back to about 7,000 BCE, when a prehistoric civilisation lived in the region near the Indus River. Hinduism is now practiced by millions of people worldwide, particularly in India and its neighboring nations. 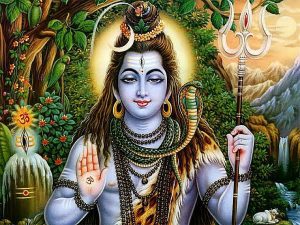 Oldest religions in the World with proof

Furthermore, It is impossible to pinpoint this religion’s exact origin, however it is generally accepted that its formal origin took place in the Indus Valley between 2300 and 1500 B.C. At this time, Indo-Aryans began to move to the Indus Valley. Eventually, the cultures of these people and the indigenous people in the area merged, leading to the creation of a new faith. The “Vedic Period,” when Hinduism first emerged, was characterized by the Vedas’ behavioral effect.

2. JUDAISM (9TH – 5TH CENTURY BCE): The second-oldest religion in the world is Judaism. It is the oldest monotheistic religion, though. Although the circumstances that led to the creation of Judaism began much earlier, they officially began around 690 BC. The religion’s adherents trust in just one God.It is the religion of the jews. Jews hold that prophets serve as a conduit through which God and the general populace can communicate. The holy book of the Jews is known as the Tanakh, or “Hebrew Bible.” The Torah is the first of the five books of the Tanakh. It lays down rules that Jews must abide by. 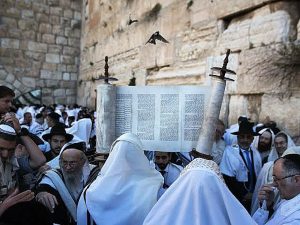 What Is the Oldest Religion_ Facts About Hinduism and Christianity

Abraham, a Hebrew man, is credited by the Torah as being the origin of Judaism because God revealed himself to him. Thus, the people who have been chosen are Abraham’s offspring. The son and grandson of Abraham, Isaac and Jacob, are significant figures in Jewish history. Israelites are the name given to their descendants.

The Jews also hold Moses, another prophet, in high regard. He is thought to have freed the Israelites from slavery in Egypt. According to the Bible, God gave Moses the Ten Commandments at Mount Sinai, which is now a significant Jewish pilgrimage site. Solomon, the son of King David, reigned in Jerusalem circa 1000 B.C., and during his time there the first sacred Temple of the Jews was constructed.

Recommended: Most Spoken Languages in the World 2022

3. BUDDHISM (6TH – 5TH CENTURY BCE): Siddhartha Gautama, a purported prince who is thought to have been born in present-day Nepal, is credited as being the founder of Buddhism. After first experiencing human misery, Siddhartha renounced his affluent lifestyle. 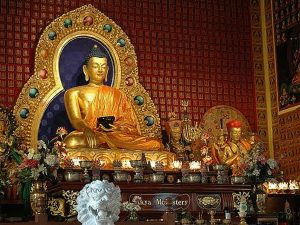 What is the oldest religion in the Middle East

He sat beneath the Bodhi tree, thinking about the purpose of life, and after becoming enlightened, he changed into the Buddha (the tree of awakening).Soon after his passing, his teachings were codified, and at least 400 million people still adhere to them today, albeit with significant variations.

His teaching includes the four noble truths which includes; existence is suffering (dukhka), suffering has a cause, notably craving and attachment (trishna), there is a means to end suffering (nirvana), and there is a possibility of ending suffering (nirvana). They are intended to lead followers to complete emancipation from the never-ending cycle of birth and death.

4. JAINISM (8TH – 2ND CENTURY BCE): One of the world’s oldest doctrines or religions is jainism. It has 24 Tirthankaras as its founders, the first of whom is Lord Rishabhdev (Adinath), and the last and most notable is Mahavir Swami. It is an Indian tradition known as the Shraman tradition. “Jains” are individuals who adhere to “Jin.” The Sanskrit word “Zi” metal is where the term “Jin” comes from. 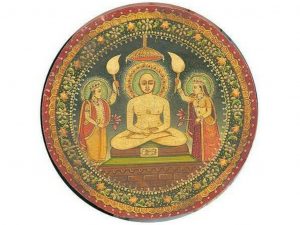 Youngest religion in the world

Harmless and selfless life is the key to liberation and happiness, according to the ancient Indian faith of Jainism. There are currently six million Jains in the world, which amounts to less than 2% of India’s total population. Gujarat and Rajasthan are the focal points of the Jain population in India. Many immigrated to East Africa, where the community now numbers about 30,000, and from there to Britain. To obtain the emancipation of the soul is the goal of Jain existence.

Also see: Most Influential Musicians of All Time (With Pictures)

5. ZOROASTRIANISM: The prophet and reformer Zoroaster established Zoroastrianism formally in the sixth century BCE. The origins of the religion can be found between 1,200 and 1,500 BCE, according to archaeological evidence. 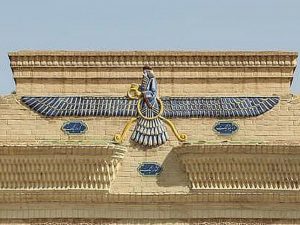 Christianity is the oldest religion

According to Zoroastrians, Ahura Mazda is the name of the one God. It once held a reputation for being one of the world’s most potent faiths. From 600 BCE to 650 BCE, Zoroastrianism served as Persia’s official religion. Religions like Judaism, Christianity, and Islam share many of its core ideas. Another dualistic religion, Zoroastrianism emphasizes the duality of reality (good and evil or heaven and hell, for example).

6. CONFUCIANISM (6TH – 5TH CENTURY BCE): Confucianism is acknowledged as a religion, yet it is not traditionally or formally practiced. It takes its name from its founder Confucius (an Anglicization of his original name K’ung-fu-tzu or Master K’ung). Confucius sought to revive the ideals and principles of the Zhou period. 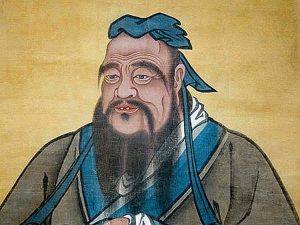 Which religion came first the world?

Confucianism is viewed as a system of social and ethical philosophy by its adherents. Over time, Confucianism has had a tremendous impact on the spiritual and political life of the Chinese people. Korea, Vietnam, and Japan are just a few of the East Asian nations that have felt its influence.

Also see: Most Powerful Weapons In The World (With Pictures)

7. TAOISM (6TH – 4TH CENTURY BCE): The Tao Te Ching, a little book encapsulating Lao Tzu’s teachings, serves as the foundation for this ancient religion, also known as Daoism. It focuses a lot of emphasis on a person’s internal spiritual equilibrium. The two main branches of Taoism are philosophical Taoism (Tao-chia) and religious Taoism (Tao-chiao), which emphasizes the study of Lao Tzu’s teachings and places a strong emphasis on religious ceremonies intended to achieve immortality. Taoism was one of the most prevalent religions in China before the Communist revolution. 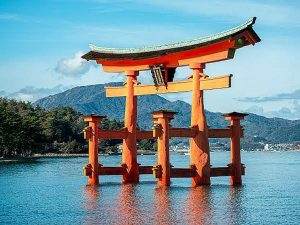 How old are each religion?

In popular culture, Taoism is most famously linked to the idea of Yin and Yang, or the union of opposites. According to the Yin and Yang concept, the world is filled with complimentary forces of action and inaction, light and dark, heat and cold, etc. It’s necessary to strike a balance between two opposing forces. Practitioners of this faith live in China, Taiwan, Southeast Asia, as well as a few areas of Europe and America.

8. SHINTOISM (3RD CENTURY BCE – 8TH CENTURY CE): The Shinto religion is the 8th on our list of the oldest religion in the world. This traditional religion of Japan, known as Kami-no-Michi, is centered on meticulously performing rituals in order to forge a link between the country’s modern day and its historic past. It has numerous deities known as kami. Every Kami stands for a certain natural force. 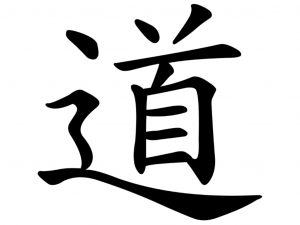 What are the 5 major religions in order from oldest to youngest?

Buddhism is heavily associated with it, and many Buddhist notions have been incorporated to it. There are 3 million followers globally, according to estimates. Jinja is its place of worship. There are shrines to the Kami in various locations around Japan. The Torii marks sacred territory and is the entrance to a Shinto Shrine (Jinja).

Also see: Life-changing Books To Read That Will Change Your Thinking

Understanding how religion has changed over time and what it has become in the present era is always an enormously intriguing trip. Many people’s lives have been driven by religion, which has a significant influence on their worldviews and the lifestyles they choose. Understanding the world’s oldest religions enables us to determine which concepts and beliefs we have chosen to reject and which ones we have deemed deserving enough to persist.