Home » Tech Updates » Most Powerful Guns In The World (With Pictures): Top 10 Most Dangerous

Most Powerful Guns In The World (With Pictures): Top 10 Most Dangerous 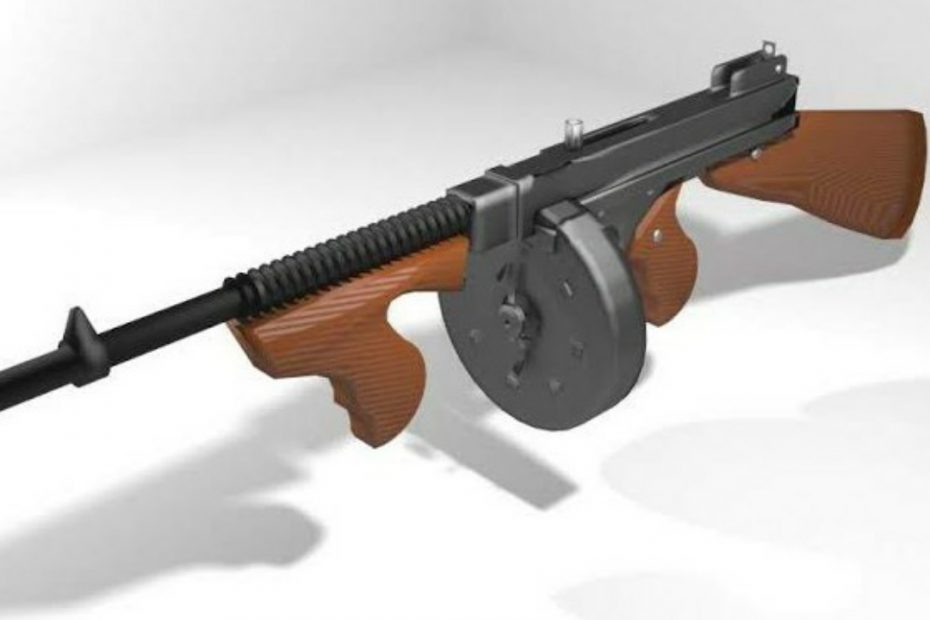 Most powerful guns in the world: The use of weapons by human beings did not start today, it dates back to countless centuries ago. Up to five (5) thousand years ago when early men were said to have existed, they created and made use of hunting spears which they used in hunting animals, and protecting themselves from all dangerous animals that attacked them. These spears were made by putting a sharp pointed stone and a big or thick stick together. The stones were put at the end of the sticks and held in place with a rope they have forged.

Since the evolution of man, the structure of weapons and the way they were formed had changed drastically. The weapons at this age are more dangerous, deadly and sophisticated. At this age, the initial reason for weapons which was protection has changed its path. Today weapons no longer serve the purpose of protection but as an object of mass destruction and for fighting one another.

We will be discussing the 10 most dangerous and most deadly gun in the world. They are ranked on the grounds of the amount of damage they can cause. They are measured according to range, effectiveness, efficiency and the number of rounds.

Recommended: Most Powerful Countries in Africa

Recommended: Most Dangerous Countries In the World 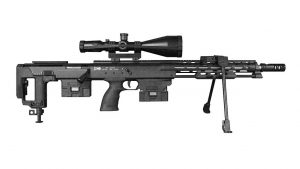 Most Powerful Guns We’ve Come Across

It was built and equipped with a good free-floating barrel technology. This gun is built to be short in learnt therefore even making the gun more dangerous. With a built in holder in the front of the gun, it makes it easier and faster for the user to reload at the shortest time possible.

2. Thompson M1921: The Thompson M1921, which is also known as the “Tommy Gun” was designed in the year 1919. The gun was named after the developer of General John Taliaferro Thompson. This gun was built in such a way that it is neither a pistol nor a totally complete machine gun. 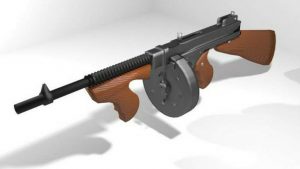 The deadliest weapons on Earth, ranked

This gun is commonly used by police official, security agents and agencies, and soldiers they are used by these people because of its features, which are its light weight and accuracy. The gun weighs about 4.69 kg and can fire up to 1000 rounds in a minute. It also has an effective range of 100 to 150 m with a 45ACP caliber.

Also see: Most Famous People in the world currently

3. UZI Sub Machine Gun: The World War II saw the introduction of this gun as it was seen in full action and killing people as it went. This is another world most deadly gun that was built by the famous gun designer Uziel Gal, he developed this gun with the collaboration of the Israel Ministry of Defense. Although the gun range of this particular piece is just 200m, there is a reason why it is still in the market and that is because it can fire up to 600 rounds in a minute. 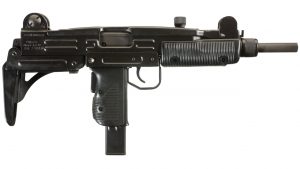 Powerful gun raises debate about who needs it

The manufacturers of this gun showcased their cheapness in this gun and as a result, the gun has very few moving parts. It is used by many people in the world as it is allowed to be kept for personal safety, also it is used by the military all around the world.

4. XM307 ACSW Advanced Heavy Machine Gun: The XM307 ACSW Advanced Heavy Machine Gun, a gun designed by the United States Army, can only fire about 250 rounds in a minute. This machine gun, the advanced Crew Served Weapon (ACWS), is built for two men to operate it. It has a scary range of 200m and has been named the heavy machine gun because it can totally destroy anything within the range of 1000m. 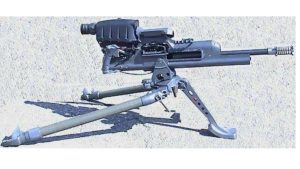 Pictures of the most powerful handgun in the world

It can destroy heavy machinery which include helicopters and watercrafts also within the range of 1000 to 2000m. With no doubt it is sure one of the most deadly weapon to have seen the face of the earth and it was made by man.

5. MG3 Machine Gun: The MG3 Machine Gun has counted its years on earth and has existed for almost six years now. It was present and played a major role in most conflicts like the World War II. The machine gun has its roots and origin from Germany and to put a cherry on top of it, it is an automated gun. 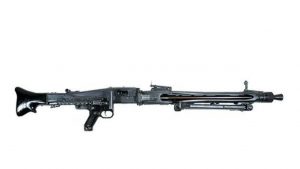 What is the most powerful gun?

It can fire up to 1200 to 1400 round in a minute and had a good range of about 1200m. It also has an unbelievable speed of 7.62mm caliber, therefore finding itself on the fifth most deadly gun in the world.

6. F-2000 Assault Rifle: Developed in Belgium by the fire arm developing company FN Herstal, the F-2000 Assault Rifle is a fully automated gun which can fire up to 850 rounds in a minute. The guns first outing was when it was displayed in Abu Dhabi in 2001, showing the guns range of 500m. 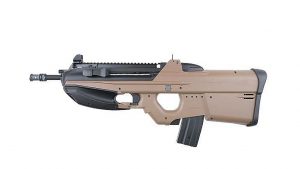 most high-tech guns in the world

With a 5.56mm caliber lethal weapon, it is widely used by NATO. This gun is operated with gas and has a 40mm lightweight grenade launcher. It has been used in many wars which include the war in Afghanistan, Operation Astute, Yemeni Civil War and lots of other wars. 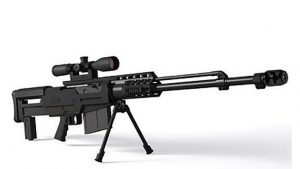 Most Powerful Handguns in the World

This gun can fire up to five rounds of .50 BGM in every 1.6 seconds. It has a range of 1800m and 12.7mm calibre. It was specially designed to target long-distance places with precision and a very high accuracy. It is still been used widely till date.

8. Heckler and Koch, HK 416 Assault Rifle: This machine was made by Heckler and Koch, who produced another killing machine. This gun has been said to be the improved version of the American M4. The gun is a 5.56 millimeter, assault rifle which can fire about 700 to 900 rounds in a minute and has an effective range of 600 meters, it also uses a short stroke gas piston system. 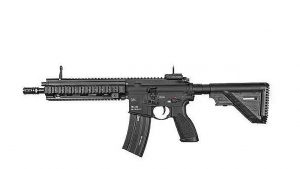 Most powerful machine gun in the world

It has seen many wars, like the Afghanistan war, the Iraq war, and the Turkish-Kurdish conflict. The gun replaced the French Armed Forces (FAMAS). The gun was used to kill Osama Bin Laden in 2011 by the SEAL Team Six.

Also see: Rarest Animals in the World 2022 (With Pictures)

9. Heckler and Koch, MG4 MG 43 Machine Gun: This is a machine gun built by the same company, a German company. The gun is a 5.56 mm belt-fed machine gun. Owning to the guns accuracy, it was nicknamed the Perfect Killer. It gained its popularity in 2000 but it was developed in 1990. 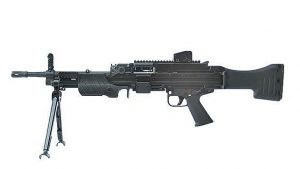 Most powerful rifle in the world 2022

The machine gun can shoot about 775 to 885 rounds in a minute and has a very effective range of 1000 meters and is powerful enough to cause strong damage to the victim or enemy.

10. Kalashnikov AK-47: Kalashnikov AK-47, which is popularly known as AK-47, is the 10th most dangerous guns in the world and one of the most used during the World War II. This gun fires about 580 rounds in a minute, with an effective range of 400 to 800 meter. The gun owes its popularity to its light weight and resistance to bad weather. 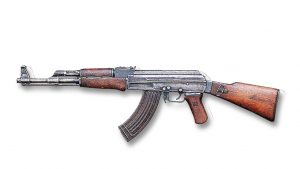 Which country has the most powerful weapon in the world

It is one of a very few guns that can fire perfectly even after being submerging completely in the water. The cost of manufacturing is very less when compared to other powerful guns this is because only eight moving parts.

Also see: Differences Between a Nation And a Country

In conclusion, we have just listed and explained the world’s top 10 most dangerous guns presently, and the damage they can cause. Therefore it is absolutely important that they are used only when necessary because any of these bad boys could KILL.