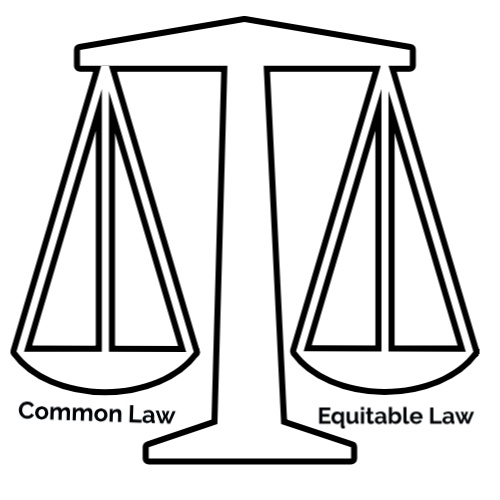 One of the difficulties I faced as a 200 Level Law student at the University of Nigeria, was to explicitly explain the differences between common law and equitable law. Of course, it was clear to me that equitable law came to reduce the harsh nature of common law, but i didn’t really know how these two laws were different. Not too long, I came across some senior students in faculty in a group discussion. Luckily for me, they were explaining the differences between common law and equity, in addition to legal authorities.

As a younger student, I didn’t waste that opportunity. I took my pen and started writing down some of the key points they were making. Those I was unable to understand clearly, they took their time to explain to me. 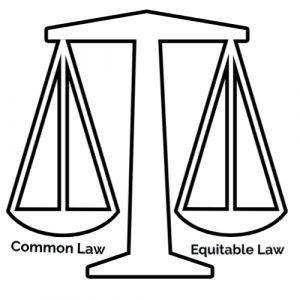 Differences between military and democratic government

Differences between Rigid and Flexible constitution

Common law are rules originated and were devised by the monarch judges in England, during the early middle ages. These rules were mainly customary laws and judicial decisions of the cases that were adjudicated in the common law courts. For ages, the English common law was developed mostly by the Judges of these common law courts than by legislators.

The common law had three central courts; Exchequer, Common pleas, and the Kings’ bench. They applied the same laws even though they competed amongst themselves who offered better remedies to increase their fees.

The common law procedure operated through a system called “pleading”, under which offences contained in authorized writs could be litigated. Litigants were to satisfy all the requirements of a writ before they could access the court. This system was replaced in the 1800s with another system called “code pleading” where the parties were only required to give a plain factual description of the dispute and leave it to the court for determination.

The defining element of common law courts is that it relied on precedent of their predecessors; that is, the past decisions of the court and synthesizes the principles of those cases with the facts of the present case. They depended on precedents even more than they relied on legislations; where a statute governs a dispute, the judicial interpretation of that statute by their predecessors would be applied.

It didn’t take long for this principle of Stare Decisis (the doctrine that requires judges to follow past similar decisions when making a ruling in the present case), to occasion injustice as the courts were not flexible with the mode of following precedent and the peculiar circumstances of each case was not considered.

Also read: How to become a successful lawyer: The Ultimate Guide

As the appeals intensified, due to the high number of people who didn’t think the common law courts was fair to them, the king appointed his chancellor who was his most trusted personnel to receive the petitions and adjudicate on them in the courts of chancery. He was called the “keeper of the kings conscience”.

The interesting part of this court established by the king through the chancellor was that he didn’t follow precedents unlike what was obtainable in the common law courts that made justice somewhat hard, and he used discretion to administer justice as he attended to the peculiarities of each case.

It didn’t take long for equity to be established and people preferred bringing their petitions to the chancery courts than to the common law courts. They became somewhat like rivals and soon began to conflict themselves; the decisions of the courts of chancery was always different from the judgment of the common law courts and usually people after receiving judgements under common law, they went ahead to the courts of chancery to find favour in the eyes of the chancellor.

An example is the Earl Of Oxford’s case (((1615) 1 Ch Rep 1, (1615) 21 ER 485)), where the courts of common law made a decision which was countered by the courts of chancery and Lord Chancellor, Lord Ellesmere issued an injunction preventing the enforcement of the common law judgement. It was in this case that it was held that wherever there was a conflict between the common law decisions and that of equity, equity would prevail.

The final solution that put the tension to rest was the Judicature act in 1873 – 1875 which fused the administration of common law and equity. The act abolished the old court system and replaced it with a new High court with the powers and jurisdiction of the separate courts vested into it. Hence, the Supreme court could apply both rules that is, the rules of common law and that of equity at will, depending on the circumstances of the case.

Also read: 4 Pillars of Democracy and their functions

What are the differences between common law and equitable law?

1. Equity acts in Personam, meaning that equity remedies are personal while common law acts in rem that is, remedies.

3. Equitable law rose to ameliorate the deficiencies of the common law. That is, it acted where the common law failed to act or when the solutions provided by the common law courts were inadequate due to the fact that common law strictly adhered to principles of law that originated from its past decisions.

4. Equitable law provided many remedies while common law provided only one remedy for litigants, which was monetary compensation otherwise known as damages. Damages, though fair, was not an adequate remedy for certain cases.

Take for example, when Mr A steals the heirloom of Mr B and Mr B comes to seek justice in the common law courts only for him to be paid damages in return for the heirloom. It would be unfair because some people might not want to part with their property, no matter the money readily available to be paid for it.

This and a host of other reasons was why the court of chancery brought up new remedies like, Specific performance, injunction, rescission and rectification. Specific performance requires the other party to perform his own side of the bargain; injunction prevents a party from doing certain things in the view of justice; rescission was basically restitution. That is, giving back to the owner  the property or object that was taken from him, and rescission was bringing things or contract back to their default settings (the way they were before the conflict arose).

However, before these remedies were available to the litigants, there are a few conditions required to be met by the complainants. These are otherwise known as maxims of equity. They are:

Are lawyers liars? See why lawyers are call liars

The words of Sir Nathan LJ in the case of Lord Dudley v Lady Dudley ((EngR 25; (1705) Prec Ch 241; 24 E.R. 118 (1 January 1705))) still rings fresh as it highlights the difference between common law and equitable law. According to him, “Equity presents a later development of the law, laying an additional body of rules over the existing common law which in the majority of cases, provides and adequate remedy. Equity does not destroy the law, nor create it, but assists it”.

Though there are differences between the common law and equity, it is safe to say that they work hand in hand in the development of our laws. One, that creates rigid principles and the other seeking to mitigate the harshness of these principles to promote and enhance justice in the law courts.

3 thoughts on “Differences Between Common Law and Equitable Law”