Home » Legal Articles » Are Lawyers Liars? The Truth About Whether Lawyers Are Liars or Not

Are Lawyers Liars? The Truth About Whether Lawyers Are Liars or Not 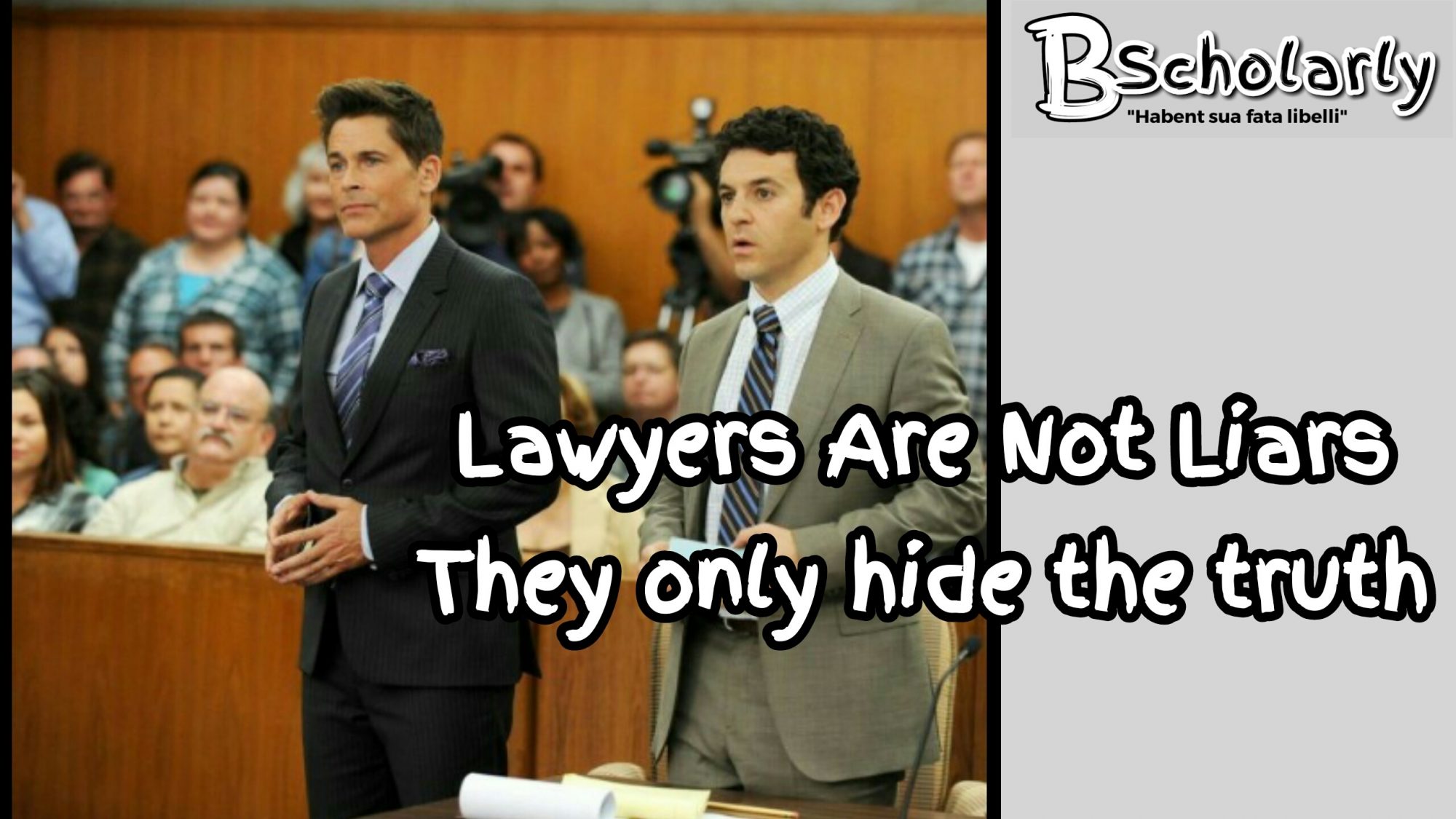 Are lawyers liars? This is one of the ever-raging questions that has not been given any definite answer yet. Some scholars has given different answers on the question, but no answer has been settled yet. While some people actually thinks that lawyers are actually liars, some do not.

For now, I am not going to take a stand on this topic. What I mean is that, I will not be telling you that lawyers are liar or that lawyers are not liars. What I will be doing today is to critically analyze the two stands and from there, we will be able to reach an answer that will probably resolve this controversies. 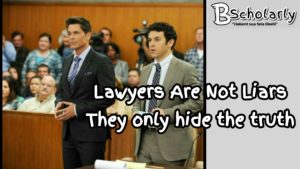 Conversely, I strongly enjoin you to read this article very carefully so that you will be able to understand my own view about this hot question. Meanwhile, I think it will be important we define who a lawyer is first, before discussing this topic in full.

Who is a lawyer?

The Advanced English Dictionary defines a lawyer as a professional person qualified as by degree or bar exam, and authorized to practice law. That is, to conduct lawsuits or give legal advice. However, for the purpose of making this article more understandable, we will lay more emphasis on the type of lawyer called a litigator. A litigator is a skilled lawyer who is employed to litigate (that is, to argue in court). They are the once generally referred to at liars.

Rationale behind the argument that lawyers are liars

Now you may be asking, “Why do people call lawyer liars?” The answer is simply because; they believe that lawyers always liar to save their clients. In reality, that proposition is totally wrong because some lawyers actually liar or twist a particular case to favor their client.

However, I am not also saying that it is completely truth because, not every lawyer do that. Accordingly, some lawyer believes that what they do is not actually lying. But don’t worry, as we continue I explain more clearly.

Rational behind the argument that lawyers are not liars

This proposition is mostly argued by most lawyers and law students. They are of the view that lawyers are not liars because (1) what laymen conclude to be a lie may not be a lie in the actual sense (2) every human being liars so lying should not be ascribed to just lawyers.

When I was discussing with a lawyer friend of mine on this topic, he gave me an instance that justifies the second reason above. He said that in a criminal matter where somebody commits a crime, the lawyer of that criminal will not come to court and argue that his client did not commit the crime. The lawyer will not also say that his client committed the crime because he owes a duty to that client. What the lawyer will do is to ask the opposing counsel to prove to the court that his client committed that offence. And if the opposing counsel is unable to do that, the lawyer might win the case because everything must be proved in the court to be admissible.

From the instance I gave above, it is clear that lawyers do not actually lie. They only hide the truth from the court. Now the question is, “Is hiding the truth the same as lying?” I enjoin you to think very well before answering that question. 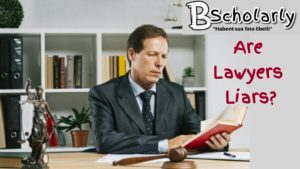 From what we have discussed to far, lawyers do not lie. They might only keep the truth from the court if they know about it, so that they can either reduce the punishment of their client or save their client from any punishment or liability at all.

However, this not always true in reality. Some lawyers go to the extent of implying facts in a case just to keep the truth away from the court, which is apparently lying with style.

OK that is my position on the question as to whether lawyers are liars or not. With this article, I believe the controversies as to whether lawyers are liars have been completely resolved. However, if you still have any question or contribution to make on this work, our comment section is open for comments. Simple tell us what your opinion is immediately.

17 thoughts on “Are Lawyers Liars? The Truth About Whether Lawyers Are Liars or Not”