10 Differences Between Military and Democratic Government 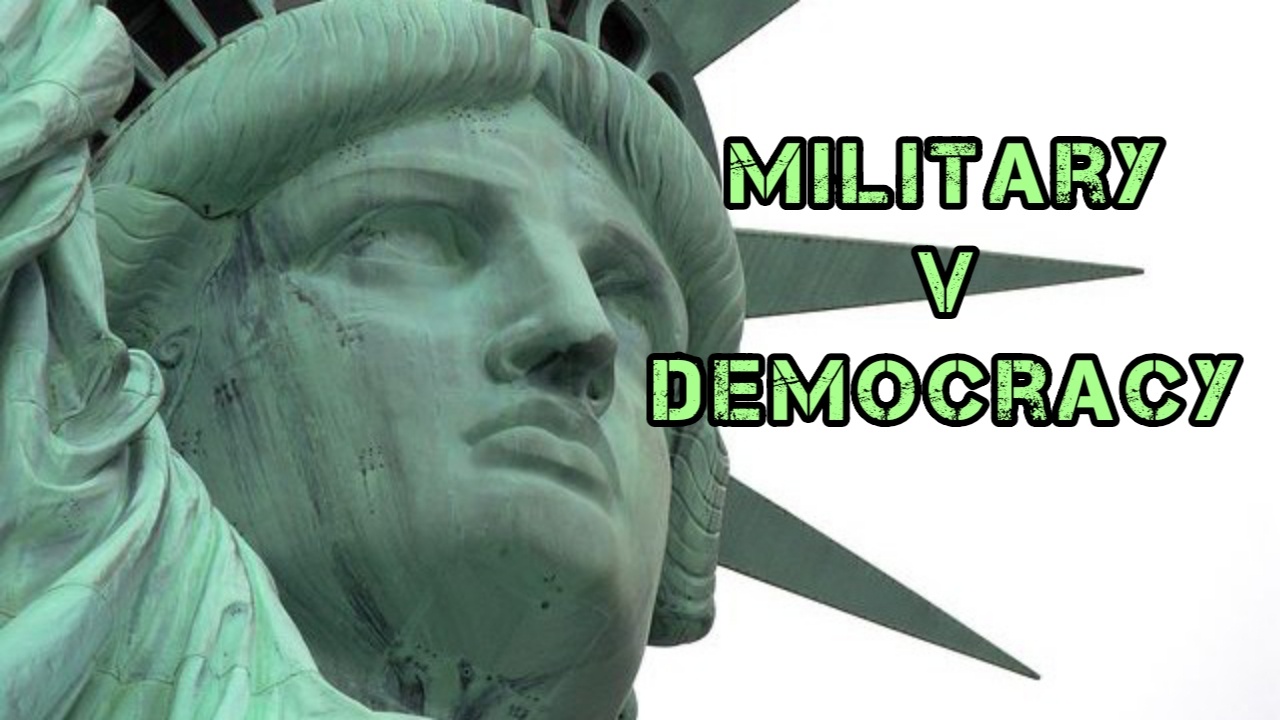 In practice, most countries that claim to be practicing democracy do not really exhibit those essential features of a democratic state. That is why some scholars are of the view that, in most countries, it is nearly impossible to pinpoint the basic tenets of democracy.

Well, in this article, we will be highlighting the core differences between military and democratic government. I therefore enjoin you to read this work till the end so as to enable you understand everything contained in it.

What is a democratic government?

In my previous article on the Pillars of Democracy, I explained democracy as a form of government in which the people have the authority to choose their governing legislation. Put in a different way, is it a system of government by the whole population or all the eligible members of a state, typically through elected representatives.

Below is a very short video that explains democracy and it’s features. I enjoin you to watch it before we continue.

What is a military government?

Differences Between Military and Democratic Rule or Government

the difference between military rule and democratic rule

Below are the differences between a military and a democratic government:

2. Democracy is ruled by the constitution and reign of civil laws which are reasonably justifiable in a democratic society with civilian exercising all legislative, executive and judicial powers. Military rule means suspension and modification of the constitution. Imposition of martial law wholesale, partially, or modified, with the military exercising all legislative, executive and sometimes judicial powers as the case may be.

3. Democracy is a product or a process rooted in the tradition of civil liberties, rights and obligations, constitutional and civil behaviors. It is a system that is based on fundamental rights, such as freedom of speech, free debate and opposition, especially by minority political parties in parliament as the case may be.

Military regime is a process, procedure or system with expertise; adapted and rooted in war and combat. It is a system rooted in martial law and forces. It is also a system that demands obedience always and in its purest essence makes no room for debate and opposition.

5. Democracy brings to its task the traditions of fundamental rights, legal and constitutional requirements. Military regime uses shortcut and substitutes. It relies on martial law, military tactics and force.

6. Democracy allows for imputs, criticism and the functioning of a free press and free debate among subordinates and the people. A civil administration elicits people and co-operation and it is also adaptable to easy change and modification. Civil administration operates on a voluntary basis and thereby elicits loyalty and devotion, which no military force can instill. Military government operates a chain of command and there is little individual initiative at the bottom. The military operates by order that allows little or no deviation.

7. Democracy is rule by civil made by the elected representatives of the people in parliamentary. Military rule is rule by decrees, edits, Martial law and emergency laws.

8. Democracy allows the assertion of rule of law as guaranteed by the constitution. Military rule is assertion of arbitrary power, restriction of civil liberties. In extreme cases, there may be suspension of habeas corpus and imposition of retrospective laws and stricter penalties.

9. Democracy is slow, and has the appearance of inefficiency. Action is usually voluntary and rooted in dialogue and persuasion; therefore the result achieved are usually more lasting. Military rule operates by threat or application of force which leads to immediate obedience. It has the appearance of efficiency. However, it is a strait jacket of order which can only be obeyed and not debated. Since obedience is by force, the result achieved do not often last long in the absence of continuous monitoring, threat or application of force.

10. The mandate of a constitutional and democratic government to rule and its tenure of office is usually stipulated in the constitution or in a law and its assumption of office or continuation in power is determined by the Electorate through vote during elections.

A military regime does not have a constitutional or legal mandate to rule and its tenure of office is not owed to the people. It either voluntarily determines its own tenure or such tenure is determined by another military take over or, popular civil action by the people. 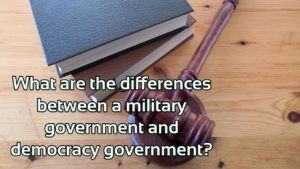 difference between military and democratic government

Using Nigeria for instance, there is no doubt that this country recorded more growth and development in a democratic regime than in the military.

Of course, military rule has advantages in some way. However, if the two governments are placed side-by-side, democracy is apparently better.

This is where is am going to end today. If you have anything to ask or contribute to this article, then you can send it using the comment section. If you think that military government is better than civilian government, i want to here from you. Share your opinion in the comment section below.

2 thoughts on “10 Differences Between Military and Democratic Government”