Countries with the Best Education System in Africa 2022: Top 10 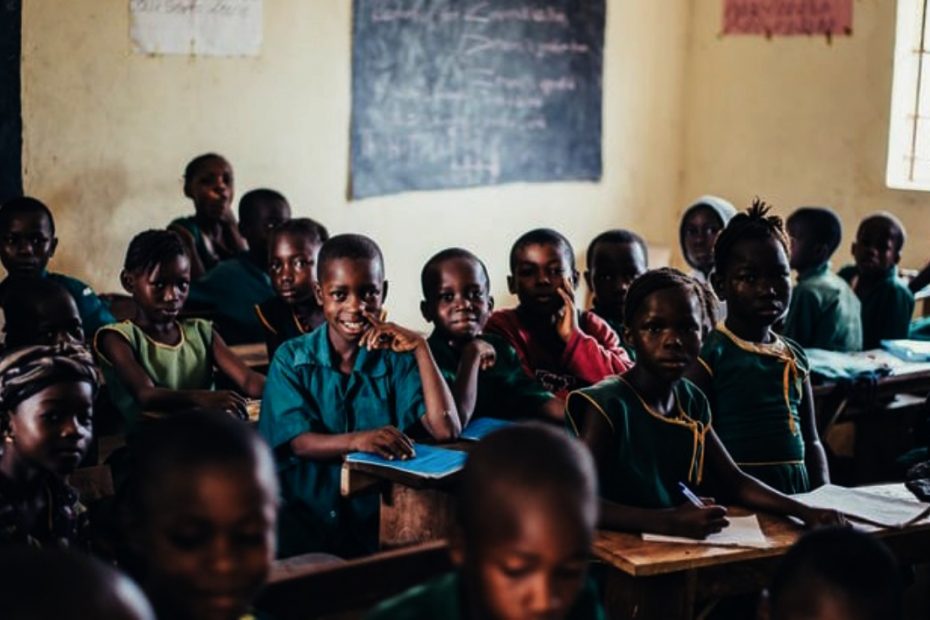 Countries with the Best Education System in Africa: Obtaining an education is more than a basic human right. It’s critical for expanding job and income prospects. Education is essential because it is a form of human capital investment. This has enormous implications on a variety of levels and sectors. It is beneficial to the person, the family, the community, and the country. Education is one way to accomplish long-term poverty reduction and change.

As a result, every effort to effect long-term change must include some type of teaching. Providing children with a high-quality education reflects the reality that every kid has inherent human rights and should be treated with respect. Poverty, violence, abuse, exploitation, and other unpleasant outcomes arise when children do not have access to education. 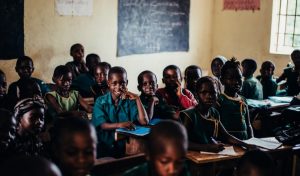 Countries with the Best Education System in Africa

Unfortunately, for destitute or underprivileged households in Africa, obtaining a quality education is difficult. The supportive environment has a significant impact on the quality of education that children get. This setting comprises books and school supplies, as well as necessary learning resources. A caring environment also involves constant financial assistance so that children may count on being able to attend school and complete their education.

Recommended: African countries with the most beautiful women in Africa

Challenges to Education in Africa

Sub-Saharan Africa, according to UNESCO, has the highest rates of educational exclusion of any area. One-third of children aged 12 to 14 years are followed by one-third of adolescents aged 12 to 14. According to UIS data, about 60% of young people between the ages of 15 and 17 do not attend school.

In addition, 9 million girls between the ages of 6 and 11 in the region will never attend school. As a result, many students are compelled to drop out of school due to financial difficulties or a lack of resources. According to the United Nations, 42% of African students would drop out before completing basic school. 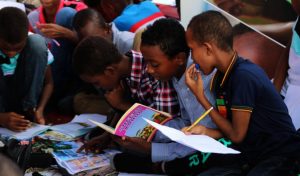 Most educated countries in Africa 2021

1. Weaknesses of Lecturers: The majority of lecturers in Africa do not complete their tasks properly. They have no idea how to provide high-quality services to students at numerous African universities. They fail to update their lecture notes, rely on textbooks that their “forefathers” used throughout their studies, and do not keep up with technological advancements.

Some of them just scribble notes to the pupils without explaining what the messages are about. How many African professors have laptops or PCs with current information? Do Engineering and other departments’ instructors keep up with the most recent breakthroughs in their fields?

2. Failure of the government in the provision of funds: Another significant factor that has a great impeding effect on Africa’s educational advancement is government failure. Selfishness runs through the blood of many regimes on this continent. They’re more interested in finding ways to divert the funds that are meant for the public.

One can ask, “Do I believe their children are likewise affected since they are members of the community?“. They take their children to outside countries where they may receive a better education. Many tertiary institutions in Africa are on strike because governments do not want to invest in improving education quality through funding.

This is nothing new in Nigeria, where the government ignores the importance of the industry.

3. Lack of practical experience: In many African schools, pupils are taught with little or no practical experience. This problem arises at all levels of education, from elementary to higher education. This is one of the causes behind Africa’s high maternal mortality rate. The majority of African doctors are unprepared to deal with pregnant women during childbirth.

The Maternal Mortality Ratio (MMR) for developing nations is 15 times higher than for industrialized regions, according to the research. Sub-Saharan Africa accounts for 56% of all maternal fatalities worldwide (UNFPA Global Site). A medical doctor on the African continent lacks the necessary abilities to deliver a kid.

Child mortality remains greatest in Sub-Saharan Africa, where one out of every nine children dies before reaching the age of five.

Recommended: Most profitable skills to learn online in 2022

4. The setting for learning: The learning environment refers to the environment in which students do their daily studies. Students’ classrooms and lecture halls are not adequately structured. The type of atmosphere in which pupils learn is quite important. The problem with kids’ study surroundings is that they are crammed with them.

A lecture space that was supposed to hold 50 pupils now has around 150 people in it. This renders the pupils’ comprehension useless. Undergraduate students at several Nigerian higher institutions still study outside in the sun. Students perform poorly in their respective departments as a result of this disease.

5. Non-patriotism: This refers to a lack of patriotism. It is a circumstance in which a citizen opposes the actions taking place in his or her nation. Traveling to other countries brings delight to the skilled instructors and lecturers in this country. This industry is undervalued by them. They are constantly on the go, rather than aiding in the growth of the African continent’s education department.

7. Crises: Many governments in the African continent are experiencing both political and military problems. Students are unable to continue their studies as a result of these ailments, which have an impact on the educational industry. Throughout these crises, several types of equipment and infrastructure used in Africa’s education system are compromised.

Boko Haram terrorists stormed a boarding school in Damaturu, the capital of Yobe state, in June 2013, killing individuals including secondary school pupils and instructors. More than a dozen primary schools in northern Nigeria have been burned down by Boko Haram. Furthermore, in late April, assaults on two Sunday services at Bayero University resulted in the deaths of over 16 individuals.

Possible solutions to the challenges of the education system 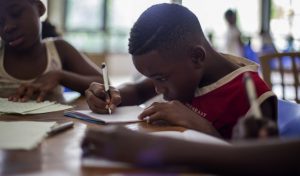 1. Adequate government spending: Through sufficient funding, all of the continent’s leaders should transform the face of education. The money will be utilized to purchase a variety of machines that students will need to complete their studies. This will encourage pupils to learn more and tackle societal issues independently.

Students will be in a pleasant mood for their studies if the learning environment is well-funded. More lecture halls and classrooms for students will be built with adequate government financing. These classrooms will be able to accommodate the pupils after this is completed.

2. Strict security: Strict security is critical for the success of the education industry. Students will gain confidence in their academics as a result of this. The academic facilities will be safeguarded by security.

In many African institutions, the government needs to establish robust security agencies. When this is accomplished, the continent’s challenges will be alleviated, and the education sector will be strengthened.

3. Patriotism: Educated Africans should be proud of their homelands. They must understand that the success of the educational sector benefits everyone. They will put up their best efforts to raise tomorrow’s leaders once they recognize this.

The affluent and powerful should take an interest in supporting African tertiary institutions. Rather than investing in foreign banks, they could support the education sector to benefit residents. This will go a long way toward ensuring that learning in Africa remains stable.

Also see: How to become an excellent mathematics student

Ranking of the countries with the best education system in Africa

To identify the finest education systems based on skill development, the World Education Forum consulted 140 countries, including 38 African countries. The report’s criteria were the overall level of labor competence as well as the amount and quality of schooling in each nation. Digital literacy, interpersonal skills, and the capacity to think critically and creatively are all factors to consider.

The above-listed countries are the top-ranking African countries with the best education system.

1. Seychelles: It is the only African country in the top 50 education systems in the world, ranking 43rd ahead of Ukraine, Hungary, Russia, and the United Arab Emirates. It is ranked 28th in the world for Critical Thinking in Teaching and 34th for Graduate Skillset. Seychelles is the first and only African country to have fully accomplished UNESCO’s “education for all” aim. 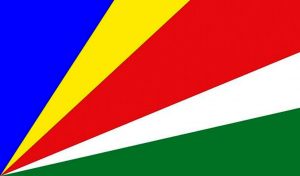 Which country has the best education system in West Africa

Seychelles is an archipelago island republic in the Indian Ocean with a population of 98,347 people. The country has a 95.87 percent literacy rate and is ranked 28th in the world for teaching and critical thinking. With 69.3 points, it also ranks top among African countries with the finest education. Education is obligatory until the age of 16, and then free until the age of 18. Uniforms must be purchased, although books and tuition are not.

The gross primary enrolment rate was 114% in 2002, while the net primary enrollment rate was 100%. The gross and net enrolment ratios are calculated using the number of kids nominally registered in primary school and do not always represent actual school attendance. There are no statistics on primary school attendance in Seychelles. In 2002, 99 percent of pupils who began primary education were expected to complete the fifth grade.

In 1993, in response to public criticism, the government removed the need for NYS participation as a prerequisite for admission to the Polytechnic. It did, however, actively urge students to finish NYS before starting employment at the age of eighteen. Teacher education (302), business studies (255), humanities and science (226), and hotels and tourism (226) had the most pupils (132).

The University of Seychelles was founded on September 17, 2009. Currently, there are 175 students spread throughout two campuses. The main site is located in Anse Royale, and the School of Education’s second campus is located in Mont Fleuri.

Education is an indispensable industry and cannot be done without in any way. This industry must be established for Africa to catch up to other industrialized countries. The issues have been examined, as well as potential remedies. The government and citizenry should work together to promote Africa’s education department.