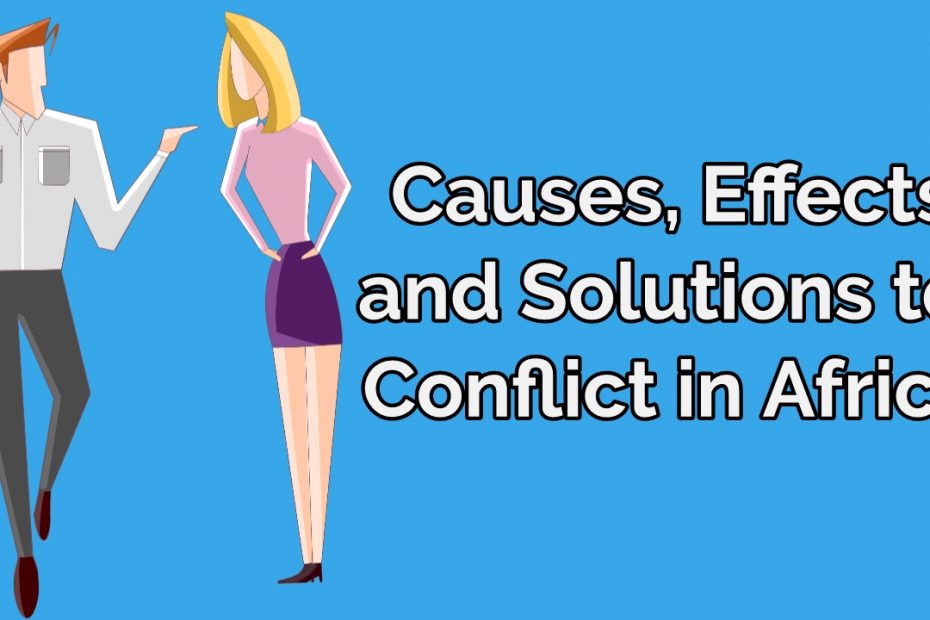 Causes, Effects and Solutions to Conflict in Africa: Conflicts are bound to happen in a community. This is because human beings in the course of their interactions usually have interests which they wish to protect. When the interests of various people are in common, the relationship is sure to go smoothly without hitches. However, where there are conflicting interests, this causes a break in the relationship and may lead to the formation of cliques and alliances.

Africa as a continent has seen lots of conflicts and she still witnesses conflicts in various dimensions till this day. Historically, Africa is made of people with deep sense of attachment to their cultures. These people lived in Kingdoms and empires, waged wars against less powerful Kingdoms and empires, conquered them and annexed them as part of their own Kingdom. The Songhai Empire, Kanem-Bornu Empire among others come to mind. Also, Kingdoms fought wars to defend themselves from external aggression. These were conflicts that took place in pre-colonial Africa.

Modern day conflicts in Africa came to be after the colonization of the continent. No matter how one tries to see modern day conflicts in Africa, one cannot separate such conflicts from external influences. This is however not to say that Africans themselves do not have any iota of blame in the conflicts ravaging the continent. None can conquer a people effortlessly without an effective collaboration from within. This seems to be the situation of Africa. 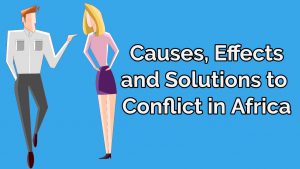 why is there so much conflict in Africa

The effects of these numerous conflicts are devastating to the continent. It is sympathetic that  despite her huge resources – human and natural-  the continent has not attained the heights expected of her. Conflicts in Africa from internal and external forces alike have had damaging effects on the continent and her people.

In view of the foregoing, the various causes of conflicts in Africa, their effects on the continent and solution(s) will be the focus of our discourse. 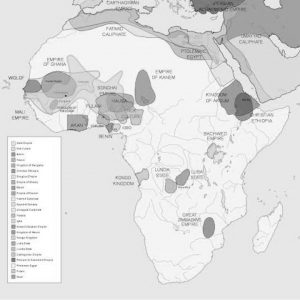 Recommended: Causes, Effects and solutions to bad leadership in Nigeria

Causes of Conflict in Africa

1. Ethnicity and Tribalism: Africa is divided into 54 political units called countries and has a population of over 1.3 billion people. The country has well over 3,000 tribes and ethnic groups. Her large population and multiple tribes should have been a source of blessing to the continent, but this is not the case as almost every thing done in the continent has tribal inclinations. 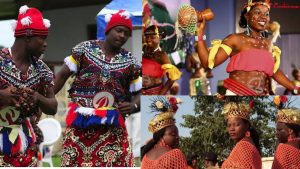 Why is there so much conflict in Africa? Answered

The over 3,000 (three thousand) tribes in the continent spread across the various countries in the continent. Some tribes find themselves in two or more countries. And in a continent like Africa, where tribal affiliations still have strong force and bearing on the people, the actions of leaders are usually done to favor their own tribes over and above every other tribe.

Tribalism and ethnicity have caused some of the greatest fratricidal wars ever witnessed on the continent. The Nigeria-Biafra war of 1967-1970 has tribal differences as one of the major causes as it was mainly between the Igbo dominated Eastern Region and the other tribes (Hausa/Fulani and Yoruba) of the North and West. Till this day, there still exists massive distrust and animosity among members of these ethnic groups in Nigeria. Again, the Rwandan genocide of 1994 was between the Tutsi and Hutu and Twa tribes.

Thus, the interest of the world powers in Africa is very strong as they wish to expand their economic hegemony on the continent. This being the case, Africa becomes a battlefield for the advanced nations of the world who seek to control her for the benefits that they derive. Wars are instigated on the continent so that weapons could be sold to warring belligerents.

Leaders who are keen on the development of Africa are overthrown just to give way to a puppet that will do the economic biddings of the West and East. The economic interest of these advanced nations have thus, plunged Africa into endless conflicts.

3. Political Instability: Greed and the insatiable desire to cling to power have caused political unrest and instability in many African nations. Leaders have the spirit of ‘sit-tightism‘ as they do not want to relinquish power even when the people they are ruling have shown their displeasure over their rule.

Causes of religion conflict in Africa

This leads to coups and counter coups, insurrection and revolutions, thereby causing conflicts. A politically unstable nation cannot be free of conflicts as it is the duty of government to restore law and order in a country. When the government is not stable and at peace, there is no gainsaying the fact that conflicts will surely rise in such a nation.

4. Greed and Insatiable Desire for Wealth: The African especially the leaders in the continent has an insatiable desire for wealth. Their greed pushes them to mortgage the future of the continent to foreign powers. Deals are entered with foreign powers for the sole benefit of the leaders. Africa achieved political independence, but with the way the leaders go about signing deals with the East and West, Africa might end up being colonised again, albeit, willingly this time around.

The effect of this greed is that those who feel left out in the distribution of the wealth of a country resort to taking up arms against the country. They engage in guerrilla warfare against the leaders in power demanding for a change of the system. A typical example is the Niger Delta conflicts in Nigeria.

Also see: Countries with the fastest growing economy in the world

5. Religion: Man’s search for the Divine and supernatural is what is termed as religion. Religion should be a private affair between a person and his God or gods. This is not so in Africa. Most of the conflicts in Africa are religious based. In Nigeria alone, most crises faced have religious colorations.

The Maitatsine Riots in the 1980’s, Kaduna Religious Riots, Jos Crises, and even the Boko Haram insurgency. Al Shabab in Somalia and Islamic State West African Province (ISWAP) in West Africa are groups fronting religion as the reason for their attacks.

Effects of Conflicts in Africa

1. Underdevelopment and Poverty: One of the major effects of conflicts in Africa is that it has kept the country perpetually underdeveloped and poor. Africa remains the continent with the poorest nations despite her huge endowment. She has not been able to develop herself. Poverty among Africans seem to be normal. This is so for a continent that depends on another for survival can only develop at the pace of its master. 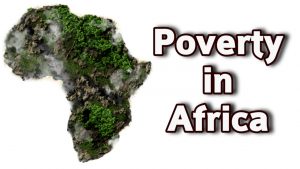 Solutions to Conflict in Africa

2. Dependence on the West/East: Africa as a continent consistently depends on the West and East for survival. She imports almost everything she uses; she looks up to them for loans, grants and bonds; even her people leave her in droves just to seek out a living in the advanced nations of the world.

Africa, though richly blessed, is still largely dependent on foreign nations for solutions to her myriads of problems.

This is aside the fact that billions of dollars are also budgeted and invested in the fighting and prosecution of wars. Again, countless number of Africans die in a bid to escape from conflict prone areas. So many Africans die attempting to cross the Sahara desert and Mediterranean Sea into Europe for search of greener pastures.

Solution To the Conflicts in Africa

There are many causes of conflicts in Africa. The effects of these conflicts are equally numerous. However, it is the opinion of this writer that there is only one solution to the myriads of the conflicts besieging the continent. This solution is the will power of the African to change the narrative. 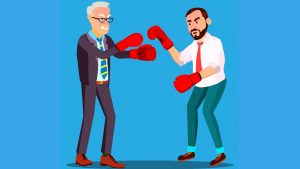 It is trite that your oppressor cannot grant you freedom on a platter of gold, not when he gains so much in your oppressed state. African leaders should stop running to Europe, America and Asia for help. Our leaders should look within, for the help they seek for out there is within us.

African leaders should resist the temptation of colluding with the West to sabotage the future of her citizens for economic benefits. Greed makes African leaders accept deals from their paymasters just to remain in power or be in power. The case of Thomas Sankara of Burkina Faso comes to mind.

Africans should see themselves as one and shun tribal sentiments. We are actually better and great as a people than being divided. When Africa comes to this consciousness of her unity, it will be very difficult for her to be pillaged by imperialist powers.

From the religious perspective, leaders of different religions have the duty to talk and educate their adherents that killings and causing crises in the continent will not in anyway guarantee one paradise. Religious heads which are Africans themselves should tell their adherents the need to live and coexist peacefully with fellow Africans. Religious extremists should know that they are first Africans before being followers of their religion. This can be achieved only if Africans decide and desire to let go of religious dogmas which lead to fanaticism.

In conclusion, though conflicts are unavoidable, they can be resolved amicably and the negative effects greatly minimized. There is a popular saying that when brothers fight, the stranger benefits. This is the case with Africa as her fight is usually the gold mine for the rest of the world. It therefore behooves on Africa and Africans to forge a United front and make Africa developed.