What Is Judicial Precedence?

Judicial precedence (Also referred to as the Doctrine of Precedent or Stare decisis) can simply be described as judge made laws. It consist of laws found in Judicial decisions. A Judicial precedent is the principle of law on which Judicial decision is based. There are instances where judges do make law which may later turn out to be binding laws in themselves.

First, in the course of interpretating any principles of administrative law, they may widen the scope or restrict the scope, these automatically occurred where the existing law is very ambiguous. The Supreme Court of Nigeria has recently supported this principle in the case of Global Transport v Free Enterprise (2001) 1 WRN 136. In this case, it was held that Judges in the course of interpreting a law, do make useful comments which turn out to influence an amendment to the law.

Secondly, where neither a statute nor case law exist to deal with a particular administrative matter, judge are encouraged to formulate fresh rules of law to deal with the novel matter arising. 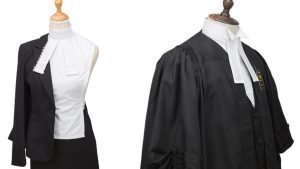 It is also important to know that the application of Judicial Precedence as a source of administrative law is dependent on a settled hierarchy of court for effectiveness. An inferior court under the doctrine is bound to follow the decision of a superior court if it carries upon facts that are similar with the ones already tried by the superior Court.

For further explanation of how Judicial precedence work, kindly watch the video below. Trust me, you will enjoy it.

Importance of the doctrine of Judicial precedence

1. Certainty And Predictability: In the case of Comptel International SPA v Dexion LTD, Uwaifo JSC opined that the doctrine of Judicial precedence thrives on the basis that when the court has at one time laid down a principle of law as applicable to ascertain the state of facts, it will not unsettle that principle but will adhere to it, and apply it to all future cases where the fact are substantially the same, irrespective of whether the parties and subject matter are the same.

This is because there ought to be certainty in Legal principle so that individuals may know how to manage their affeirs as regards the requirement of the law. When there is certainty of law, individuals and their Legal advisers would easily predict what the outcome of certain actions will be.

The ability of prospective litigants to likely predict the results of court process would make them to consider the option of settling their differences outside the court. Certainty and predictability of the law also enables lawyers advise their clients on implications of certain actions and the best approach to such actions.

2. Promotion of Judicial Efficiency: The doctrine of Judicial precedence is a very convenient practice, since it requires that a question once decided should not be subject to relitigation in every case in which in subsequently arises. Therefore there is a level of confidence in the Judicial system as to what is readily obtainable at every point in time.

4. Prevention of Partiality Or Prejudice: The strict adherence to the docrine ensures that secret cows are not usually allowed in judgment, this is because any judgment that departs from the status quo will be looked with eagle eye. Therefore no Judge would risk passing a judgement that is not upright as it will be visible to the blind and audible to the deaf that justice was not served.

Moreover, by making a judge conform to laid down standards, he is prevented from allowing his own subjective views, his prejudices and all tendencies of being biased.

5. It Satisfies The Principle Of Equality: Equality before the law, which is an aspect of the rule of law and justice implies that like cases should be treated alike while unlike cases should receive unlike treatment. Following previous decisions is apparently in line with this principle of equality. 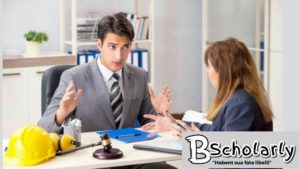 Merits and demerits of Judicial precedence in our justice system

The doctrine of Judicial precedence has also fall under a very heavy criticisms by legal minds.

1. Rigidity: The stringence of the doctrine may prevent the adaptation of the law to changing social and economic order if the country. The discretion of courts is fetterered, and they frequently have to give decision that they strongly disapprove. It is said that the doctrine of precedent promotes respect for the opinion of elders and that such respect is important for the corpus juris.

However, we should not loose sight of the fact that each era of times has its own peculiarities, their opinion and wisdom was meant to salvage their Judicial challenges then, there is need for innovation which will address our present legal challenges.

Also see: Reasons why lawyers put on wigs in court

A judgement given per imcuriam is one whose decision is a clear miscarriage of Justice, therefore when such decisions are set as Judicial precedence, it becomes very perilous to the justice system.

RECOMMENDED: Top 10 Richest Lawyers in India and their Fee

In conclusion, we have been able to see that the doctrine of Judicial precedence has more advantages than its disadvantages. It therefore follows that it is a very important principle in every common law system. In most common law jurisdiction today, the Judiciary has done very well to mitigate some of the disadvantages/criticisms of Judicial precedence mentioned above. Hope this article was helpful? Make sure you drop a comment if you enjoyed this article.

2 thoughts on “Meaning, Advantages and Disadvantages of Judicial Precedence”