Why Lawyers Put on Wigs in Court: See Reasons

Have you been wondering why lawyers put on wigs? If yes then you are in the right place. In this short article, i will clearly explain and point out some of the reasons why lawyers wear wigs even till today. Just make sure you read this article assiduously so that you won’t miss any information contained in this page.

The culture of lawyers putting on wigs as part of their courtroom dress code came as a result of the prevailing practices of that period. Basically, it can be rightly said that it has its roots in fashion.

Not until the 17th century, lawyers were expected to appear in court with clean, short hair and beard. Portraits of judges from the early 1680’s still show judges who had their natural hair with no wigs on. It was Charles 11 who was the king of the United Kingdom from 1660 to 1685 who returned from France and brought with him the trend of putting on periwig from Louis xiv’s court; and from then on, the English society adopted the trend as did barristers.

However, wigs in those days were also worn for some other reasons.

1. There were people who wore wigs in order to hide the fact that they were getting bald. These set of people were usually wealthy like Louis xiv because wigs were costly during that period.

2. There were those who wore wigs as to prevent people from knowing that they shaved their hair, because there was a prevalent infestation of lice and other diseases in those days.

Furthermore, Wigs gradually went out of fashion during the reign of George 111 (1760-1820). By the end of the century, they were mainly worn by Bishops, Coachmen, and men of the legal profession. During this period that the wearing of wigs were becoming less fashionable in the society, lawyers and judges felt that it sufficiently differentiated or made them stand out from the rest of the society thus their continued interest in wearing wigs.

3. In recent times, many judges and lawyers who wear wigs have argued that it brings a sense of formality and solemnity to legal proceedings. According to Kevin Newton, a Washington DC lawyer, the above reason is in fact, the overwhelming point of having them (wigs). Some others argue that wig is a symbol of anonymity, an attempt to distance the wearer from having personal involvement in a case and also a way to visually emphasize on the supremacy of the law.

However, in Britain, the tradition of wearing wig in court was challenged in 2007 in a case presided over by Lord chief justice Baron Philips of worth matravers. The chief justice held in the case that wigs would no longer be worn during civil or family cases. But wigs and robes are still to be used in criminal trials. 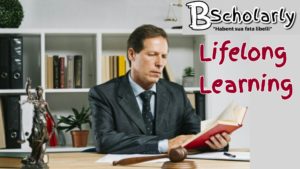 Why lawyers wear wigs in the court room

Most common wealth countries still entertain the wearing of wigs and gowns in their courts. Nigeria is a case study. In Nigeria, all the lawyers and judges still wear wigs during proceedings; however, this is dependent on the court they are appearing in. For instance, in the magistrates courts, lawyers are not required to appear on wigs and gowns while pursuing a suit. But the full robe of wig and gown is required in other courts starting from the high court upwards.

Differences between Cross-offers and counter-offers

Differences between offer and invitation to treat

Some criticism to the wearing of wigs by lawyers

There have been so many criticisms of wigs by many scholars who advocate for its stoppage.

1. That it has colonial origin

In Africa, it is almost half a century since the colonialists left; however, it seems that they left their wigs behind. Wigs as worn by lawyers and judges are not indigenous to the African community, thus they are seen as a continuation of the relics of colonialism. Many writers have lamented that it is appalling to see one of the most enlightened institutions still following the footsteps of the colonialists even at a period where Africa is seeking emancipation from colonial influences in many areas.

Wigs have also been criticized on the ground that it makes for the discomfort of the person wearing it. Africa as a continent has cases of high temperature; it is unreasonable and unbecoming for a lawyer or a judge to wear wigs in such temperatures in the name that it befits the profession.

So far I have listed and explained some of the reasons why lawyers put on wigs. Accordingly, I pointed out major criticisms that have been layed on the wearing of wig among lawyers. I believe this post has done justice to this topic already. But if you have contributions to make, endeavor to do so using the comment section.