Most Beautiful Universities in Nigeria 2021: Top 10 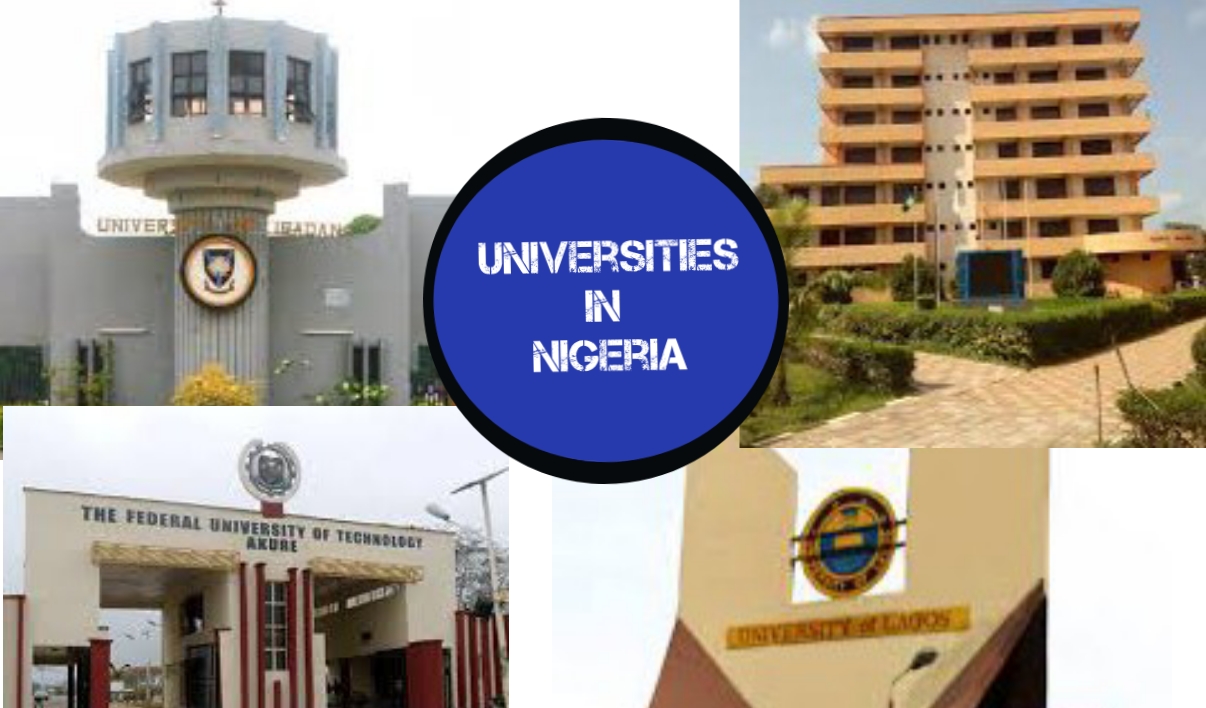 Most Beautiful Universities in Nigeria with good facilities: Following the oil boom of the ’70s, the number of tertiary institutions increased tremendously, and was spread across every subregion in the country. Previously, only the government had the right to set up higher institutions of learning – both state and federal – and no one else. But as of recent, Universities and other tertiary institutions owned and operated by religious bodies, private individuals, and other nongovernmental bodies. They now have as much license as the government to set up these institutions. 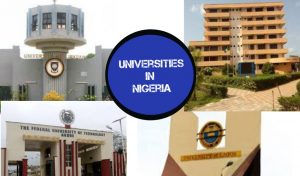 Top most equipped universities in Nigeria

Since there are over 150 Universities in Nigeria – both federal, state and privately owned – it is quite possible for the existence of varied opinions on which are the most beautiful Universities and which are not. Any such opinion is valid in its own right, but this particular list is based not only on aesthetics, but on general environmental cleanliness, architectural structure and general outlook of the environment.

Top 10 Most Beautiful Universities in Nigeria

Below is the compiled list of most beautiful Universities in Nigeria, whether government owned or otherwise.

10. University Of Ibadan: Making tenth place on our list is the prestigious University of Ibadan (UI). It is the first ever institute of higher learning established in Nigeria . It was established in 1948 and known as the University College, Ibadan, as one of the affliate or sister Colleges under the University of London. It gained its autonomy in 1963 and has over fifteen faculties including the faculties of Law, Dentistry, Basic Medical Sciences, Education, Agriculture and Forestry, etc. 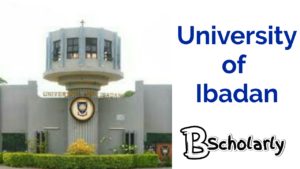 Most beautiful University in Nigeria

Even though it is one of the oldest University structures in Nigeria, it can be readily applauded for its long-standing and very durable structures, and for being beautiful in an antiquely manner.

9. GOMBE STATE UNIVERSITY: Gombe State University clinches the ninth space on this list, especially as it was recently set up. It was established in 2004 and of course, it can be safely described as a modern structure  built with more recent technologies and facilities than other universities of an older generation.

It also belongs to the Association of Commonwealth Universities and has over seven faculties, including Faculty of Arts, Social Sciences and a Medical College.

8. FEDERAL UNIVERSITY OF AGRICULTURE, ABEOKUTA (FUNAAB): Federal University of Agriculture, Abeokuta is one of the three Universities of Agriculture in Nigeria; the others being in Umudike, Abia State and Markudi respectively.

Prior to its establishment in January of 1988, it was separated from a merger of four Universities of technology (as it was then) formed in 1984.

FUNAAB is the pearl of Ogun state and gives that part of South-West region of Nigeria a bit of repute. Asides being number 8 on this list, FUNAAB is the most beautiful Federal University of Agriculture in the country.

It is a Federal Government institution and comprises of several college including; College of Engineering, College of Veterinary Medicine, College of Management Sciences, College of Agricultural Management and Rural Development, College of Biological Science, etc.

7. LANDMARK UNIVERSITY, KWARA STATE: Landmark University (LMU) is one of the universities established Dr. David Oyedepo’s Living Faith Chapel Worldwide. It is located in Kwara State, specifically at Omu-Aran. It is a private institution run by a religious body and its name – Landmark – represents its purpose. That along with the university’s motto, ‘Breaking new grounds‘ signifies the goal of the school’s founders to foster new, better and innovative ways to operate.

Landmark University was established in March 2011.

6. UNIVERSITY OF PORT HARCOURT, CHAOBA, RIVERS: The University of Port Harcourt is located in Rivers state, Nigeria. It is the only university located in the South-south region that makes it on the list.

It was previously a University College in 1975, until it was elevated to the status of a university proper in 1977.

5. UNIVERSITY OF LAGOS, LAGOS STATE: What especially makes University of Lagos stand out is generally agreed to be the beautiful architectural piece that serves as its Senate house. As a matter of fact, it has some of the most eye-catching School Senate buildings among Universities in Nigeria. 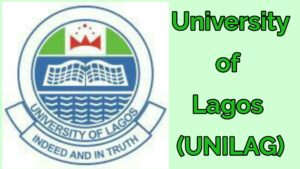 Universities with the most beautiful facilities in Nigeria

University of Lagos is located at Akoka, Yaba, which is considered one of the most popular areas in Lagos. It was also the subject of a strong rumour during the presidential tenure of Goodluck Jonathan, when the news that it was going to be renamed after M.K.O Abiola – the primary subject of the June 12, 1993 elections. Same rumours have it that these decisions were met with opposition and criticisms and therefore, the idea to rename it MAULAG (Moshood Abiola University, Lagos) was dropped.

Also known as the ‘Federal School of Swag’, it is known not only for its wonderful structures, but also for having the most beautiful and most handsome students among them.

4. AHMADU BELLO UNIVERSITY, ZARIA: Ahmadu Bello University, Zaria seems to be one of the best Universities in Northern Nigeria if not the best itself; in terms of both academics and aesthetics. It is also the oldest University in that part of the country. It is named after the erstwhile Sarduana of Sokoto and Premier of Northern Nigeria, Sir Ahmadu Bello. He was killed alongside several other prominent Nigerians during the famous 1966 military coup in 1966 led by Major General Chukwuma Nzeogwu. 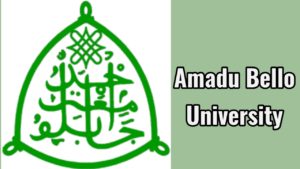 Universities with the most beautiful students in Nigeria

Ahmadu Bello University also has one of the largest and suitably equipped University Teaching Hospitals in Nigeria and offers solid medical practice and programs.

3. UNIVERSITY OF BENIN, BENIN CITY: University of Benin is located in Benin City, Edo State and was established in 1970.

University of Benin has a number of magnificent and beautiful structures and buildings. Its general auditorium is notably beautiful and its gatehouse is one of the best of all schools of higher learning in the country. This is remarkable as the gatehouse is the first contact an outsider has with a place, and usually offers the first impression of an establishment. 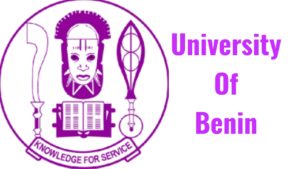 Most equipped universities to attend in Nigeria

The hostel buildings and campus entrance are not left out on the magnificence; they are known to be a sight to behold.

University of Benin has also made history by being the University headed by the first ever female vice-chancellor in Nigeria in the person of Grace Alele-Williams. She occupied this position between 1985-1991. 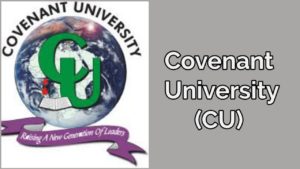 Most beautiful private university in Nigeria

It was established in 2002 and was ranked best University in Nigeria in 2015.

It has beautiful structures and a wonderful scenery, making it worthy of second place on our list of most beautiful Universities.

1.OBAFEMI AWOLOWO UNIVERSITY ILE-IFE: Obafemi Awolowo University, also known as University of Ife, was established in 1961 in the then Western Region. It is currently located in the ancient and historical city of Ife in Osun State, Nigeria. 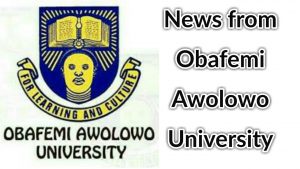 Which university is the most beautiful in Nigeria currently? Answered

The University is said to be the initiative of Chief Obafemi Awolowo, the former Premier of the Western Region, and was built in a place believed  to be where the Yoruba people originated.

The University’s infrastructure comprises of historical structures and buildings that would leave one in awe. The department of Architecture is a sight to behold itself, and it is often wondered if it is a school specially for building experts. Undoubtedly, it offers degree and other programmes in the areas of Estate Management and Surveying, Architecture and Civil Engineering in that regard.

Popularly known as Oba Awon University by its students and others who know it, it stands undefeated as the most beautiful University in the country. From its buildings that can only be classified as masterpieces, to the general scenery and design, this stand is quite agreeable.

RECOMMENDED: Most populated universities in Nigeria

By way of conclusion, I would really like you to check out the YouTube video below. It provides more useful information about the most beautiful Universities in Nigeria currently.