Home » Scholarly Articles » Why Africa is Lagging Behind in Science and Technology: Major Challenges

Why Africa is Lagging Behind in Science and Technology: Major Challenges 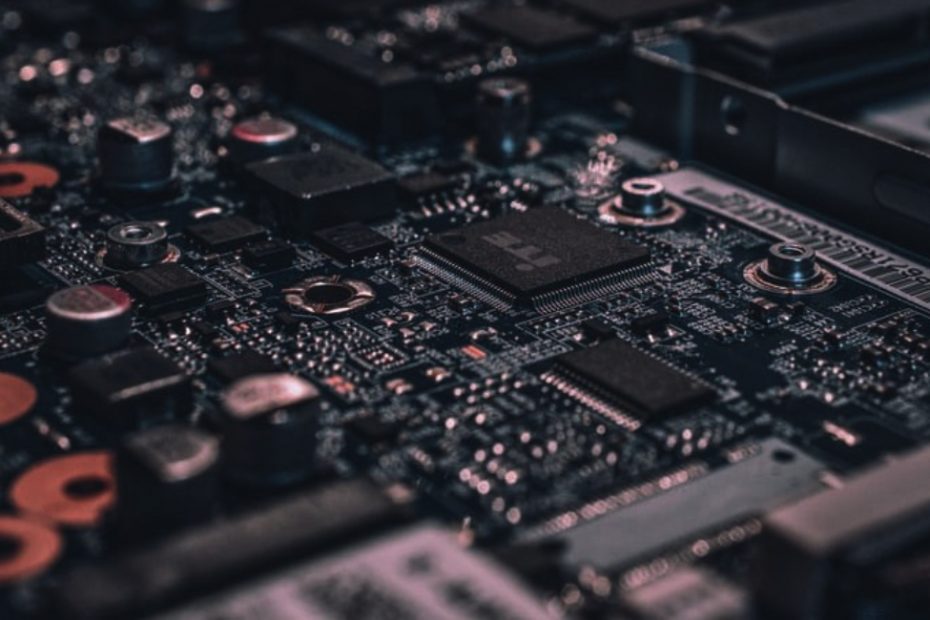 Even though science and technology have existed since the beginning of time, their progress has dramatically transformed the world to meet man’s desires, improve his well-being, and provide comfort. Certain fundamental components in the evolution of science and technology, such as research, biomimetics, communication, cooperation, and so on, are extremely important prior to development. These factors are essential for Africa’s scientific development and advancement. 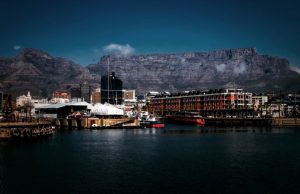 Challenges of scientific & technological in Africa

Important Elements of Technology and Science

Within the domains of technology and science, there are several important characteristics that are essential for advancement. 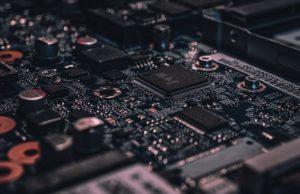 Why are there no African inventions

Working scientists frequently take a set of fundamental assumptions for granted that are required to legitimize the scientific process. The study of science philosophy aims to get a thorough grasp of what these underlying assumptions imply and whether they are correct.

2. Biomimetics: When looking at various technological items, such as airplanes, the way of operation mirrors how birds soar in the sky. So much of this technology closely resembles the behavior or activity of an existent natural organism, object, or system. It becomes evident that the likeness was not coincidental. It’s clear that their design was inspired by naturally occurring processes.

This discovery has spawned a new branch of research known as biomimetics. Biomimetics is a science that studies real-world processes and duplicates them to create products that may be used in the real world. This idea is founded on a fundamental grasp of how things work in real-life processes, how they work, and how they might be used to generate new technologies.

Leonardo da Vinci, the Renaissance genius, committed himself half a millennium ago to watch and record natural events. His amazing visual depictions of credible flying vehicles are based on his actual observations of birds in flight], and the invention of airplanes has made it a reality today. Biomimetics, which mimics nature, is responsible for the majority of today’s technology.

3. Researching: Research is a systematic process of observing and translating natural occurrences in order to gain a better knowledge or explanation of them. Natural processes are generally questioned in the scientific study so that they may be investigated in an orderly methodical manner to provide meaningful data that can answer these concerns. 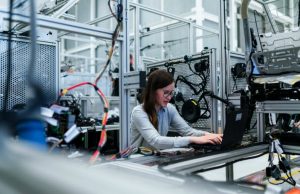 Why is Africa lagging behind in since and technology

The first scientific discoveries were conceptions and hypotheses based only on natural elements found in nature. The bulk of these materials come both from the living as well as non-living sources, including metals and non-metals found in the earth’s crust, as well as people, animals, plants, and bacteria.

The primary scientific disciplines of mathematics, chemistry, physics, and biology were formed in order to comprehend the underlying principles, concepts, and processes that lead to their existence and functioning. Mathematics intercepted all cross-fields since it was essential to creating the foundations.

1. Communication: New thoughts, ideas, and research findings must be documented and made available so that they can be disseminated across the scientific community to researchers, academics, and future generations. This might be accomplished via publishing papers, textbooks, journals, and research publications, as well as soliciting submissions for new research ideas.

2. Knowledge and Technology Transfer Partnership on a Global Scale: Any country that wants to advance must be willing to accept new technology and allow for flexible interchange. This allows for technology to be transferred or gained. It is critical for development to have a worldwide collaboration in which information and technology may circulate.

This may be accomplished by conducting cross-national research, teaching people from many regions to become specialists, and inviting professionals from various fields to instruct the younger generation. International conferences, conventions, symposiums, workshops, seminars, and gatherings would also aid in the sharing and exchange of ideas across nations and communities.

Recommended: Countries with the most beautiful women in Africa with pictures

Major impacts of science and technology

Technology and Science have made important contributions to the growth of most nations and societies in a variety of areas. Infrastructure, energy, industry, health, education, communication, finance, entertainment, transportation, agriculture, and environmental protection are just a few of the industries where science and technology advancement has had an influence.

1. Information Technology (IT): The world has transitioned from an analog to a digital system, allowing any information to be digitized and quickly disseminated across society. New forms of communication, the Internet and mobile phones, for example, have been established as a result of information technology, and satellite transmission has been added to the current ones.

These advancements in mobility, together with breakthroughs in the field of telecommunications technology, such as the telephone and radio, have broadened the scope of human activities and exchanges. Computerized programming has expanded the variety of machines, allowing them to execute a wide range of activities, increasing production efficiency and efficacy.

2. Medical or Health Industry: The medical or health industry is another area where paradigms are shifting. The transition of biological processes from a structural to a molecular base has aided in the discovery of novel disease-causing agents such as viruses and prions that are responsible for disorders with unknown origins.

Most diseases’ mechanisms of action have been identified, and new high-throughput diagnostic procedures with high sensitivity and specificity have been created for a variety of diseases and illnesses, allowing for proper treatment. Novel technologies have also resulted in the discovery of new drug targets and the expansion of the pharmaceutical industry.

Other emerging sources of energy include nuclear energy from nuclear power plants and thermal energy, both of which may fulfill the needs of an expanding population.

4. Impact On Infrastructure Development: The world’s infrastructure development has accelerated significantly. Traffic congestion has been lessened because of interconnected transportation infrastructure such as roads and trains, as well as GPS technology. Cities with advanced architecture are well-planned to avoid overpopulation and make them accessible to everybody.

Recommended: Best countries in Africa to visit for vacation

Why Africa is Backward in Science and Technology: Africa’s major challenges 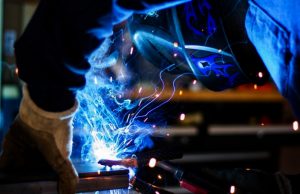 Science and technology, for example, have made a significant contribution to the world’s progress. However, because certain countries have heavily used this knowledge to improve their well-being, the distribution of this advancement is not uniformly distributed over the world.

1. Africa is among the least developed nations, with little attention and interest in science and technology. Africa is one of the wealthiest continents from a standpoint of natural raw material reserves, but these resources are either exploited by foreigners from the developed world or are not converted into finished goods because the requisite technology is not present.

This is as a result of the number of hurdles that stymie the continent’s scientific and technical achievements.

2. The nature of African political systems and governance severely restricts science and technology development. The majority of government policies discourage investment and development in these fields.

Due to the high expense of execution, scientific initiatives are rarely funded. The underdevelopment of most of these countries is due to corruption and weak governance.

Also see: Countries with the highest currency in Africa 2022

3. Another important reason for Africa’s lack of scientific and technological growth is the African man’s mental attitude toward science, technical education, and scientific study. The African mind has mostly projected social science concerns rather than natural science and technology.

Even though these countries emphasize natural scientific and technological education, the majority of subjects are theoretical, with little practical applications.

4. Corruption is a serious reason for Africa’s technological deficit behind the rest of the globe. Consider how a corrupt administration might stifle a country’s growth and development. A corrupt administration leads to inadequate education, a poor healthcare system, poverty, economic inequality, economic instability, hunger, lack of security, and so on, all of which contribute to a nation’s decline.

Individuals born in such communities or countries are unable to attend school because they are obliged to learn a technical skill or work in the labor force due to great poverty, and some even die before reaching maturity as a result of starvation, sickness, or violence.

Solutions to the challenges of Africa’s Science and Technology

Africans must be willing and ready to modify some current constraints that limit technological growth in their societies. For this to happen, Africans must overcome their deep aversion to science and technology. This should be supported by improvements in governance structures and regulations that can encourage and financially support scientific and technical activities, such as research and scientific initiatives. Research, particularly empirical research, should be encouraged and pushed in order to develop new technologies that can manage their immediate resources and compete with other nations’ economies.

Basic education in disciplines such as physics, chemistry, mathematics, and biology, as well as secondary and postsecondary education, should foster practical science and technology education with industry linkages. At the tertiary level, technical courses such as engineering and applied sciences, as well as new developing innovative academic subjects, should be introduced.

Also see: Positive and negative impact of Christianity in Africa

Technology transfer will be aided by global cooperation with mother institutions, well-established enterprises, and associations that can facilitate knowledge transmission. Above all, everyone, not only the government, must participate in order to promote progress. Through science and development, progress can be realized with all of these suggestions and the complete commitment of society.

Recommended: Positive and negative impact of colonialism in Africa

Though science and technology have some negative consequences for society, the way forward is to promote sustainable development; a strategy to separate the bad from the good technology and promote the good is currently being promoted around the world for effective development that will support man’s and his environment’s survival.

There have been significant advances in science and technology in numerous fields such as medicine, industry, entertainment, education, and development infrastructure, all of which rely on crucial features such as research, worldwide partnerships, and new disciplines. The majority of nations that have benefited from this knowledge and approach have seen their social and financial conditions improve as a result of their efforts.