Highest Currencies in The World 2022: Top 10 Strongest & Most Valued 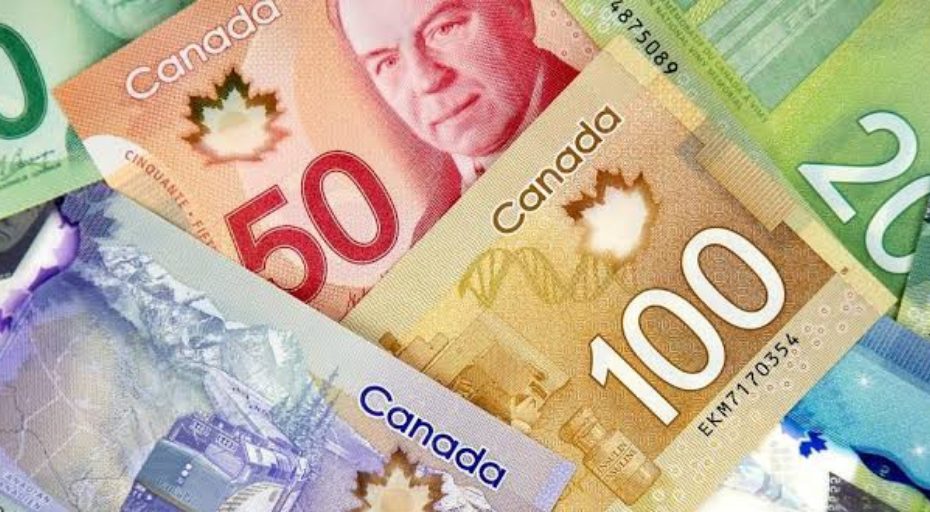 Highest currencies in the world: Every country has its own currency, which is determined by a number of factors. Due to economic and political factors, currency rates are still fluctuating. You’re probably thinking of the US Dollar, the British Pound, or the Euro when you think of the world’s most valuable currencies. But there’s a wonderful surprise in store for you. In 2021, none of the indicated currencies are the most expensive. They aren’t always from the richest countries on the planet. The ‘Highest Currency’ is defined as a currency that has a higher exchange rate than the Indian rupee (The Indian rupee).

Knowing which currencies are more valued in different parts of the world is not just interesting; it’s also useful information.

The most valuable in the world, as well as the countries that utilize them, are listed below. When it comes to the world’s highest, these currencies gave the US Dollar, the world’s most traded currency, a run for its money.

Recommended: Most Expensive Football Trophies and their Worth: Top 10

Top 10 Strongest and Highest Currencies in the World

1. Canadian dollar (CAD): First on our list of the most valuable currencies in the world is Canadian dollar. It is the tenth highest valued currency in the entire planet earth. Some persons informally referred to the Canadian dollars as “Loonie”. 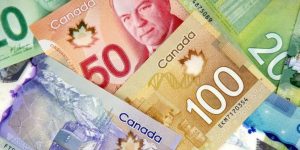 Highest currencies in the world

This reference is to honor the bird that appears on the 10 dollar coin. The Canadian dollar’s short is CAD. In the world today, Canadian dollar is a fifth largest reserved currency and the sixth most traded currency. In fact, 5% of the total foreign trade takes place in Canadian dollar.

The country, Canada itself is a country that is highly blessed with natural resources and have them in abundance. Canada has a huge reserve of crude oil, and comes after Saudi Arabia and Venezuela in that regard. Also factually, Canada has the second largest uranium supply in the world. Interestingly also, the value of the Canadian dollar depends greatly upon global fluctuations, and the value of the United states dollar because the United States is the main importers of Canadian oil. 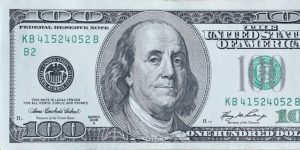 Highest currency in the world

In terms of world power, even though the US is always challenged by other world powers like China, the United States of America is still the most powerful country in the world, and appears not ready to relinquish power any time soon. Worldwide, the US Dollar is often termed as the “Global Currency”, and this is also because they are the number one country. This also means that the US Dollar is accepted in most countries.

According to data published in the year 2018, there are around 1.69 trillion US Dollars in Circulation, and 70% of the banknotes of US Dollars are circulating outside the United States (US).

Also see: Monthly salary of lawyers in the United States

3. Swiss Franc (CHF): There is an old saying that dates back to past generations, it goes thus “if it is swiss then it is royal and expensive“. This saying is  true because many swiss products including watches, chocolate, knives, etc. are famous around the world. That Is the reason  why Switzerland has a stable and flourishing economy. As you must have guessed, the currency used in Switzerland is the Swiss Franc. 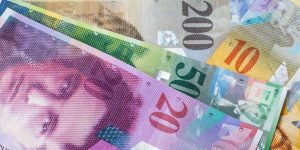 most valued currency in the world

According to a report published by the UN in 2016, Switzerland is the third richest landlocked country in the world. This country attained wealth mostly because they are technologically very advanced. Plus, the country – Switzerland, also has a banking system operating largely on bank secrecy. According to many investors, the Swiss Franc is a safe bet because Switzerland has one of the world’s strictest monetary policies. This reason is why most of the wealthy people on the earth decide regularly, to store or invest their wealth in the official currency of Switzerland. 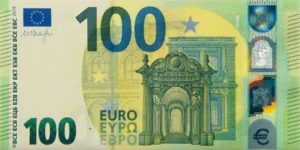 Highest Currencies in the World by Value – 2022

In the forex market, the Euro currency is the second most traded currency in the world in 2021 after United States dollar. In the world today, there are twenty five countries that have pegged their currencies with Euro at a fixed rate.

Also, it can be said with certainty, that Euro  is the official legal tender in 19 counties of the European Union.

Recommended: Salary of doctors in India 2022 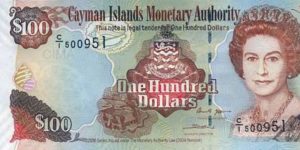 The 10 most valuable currencies in the world

This currency was introduced in 1972, and it replaced the Jamaican Dollar. Subsequently, it went on to become one of the strongest currencies in the World. The reason why the Cayman island dollar is expensive is simple. The Cayman Islands are tax havens in the world and they provide licences to a large number of insurance companies, hedge funds, and the world’s largest banks. These are the simple reasons. Currently, one Cayman Islands Dollar is equal to 1.22 US dollars. 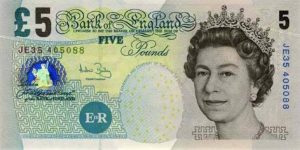 Strongest Currencies in the World

British Pound Sterling is also the fourth most traded currency in the world behind US Dollar, European Euro, and Japanese Yen. This is because Britain does so much of economical activities and London is the financial capital of the world.

Recommended: Best law firms in the world by revenue

7. Jordanian Dinar (JOD): The 7th most expensive currency is the Jordanian Dinar. This currency was introduced in the county in 1949 and the currency replaced the Palestinian pound. Sadly, despite the high value of Jordanian Dinar, it is hard to explain why this country is not  developed economically. 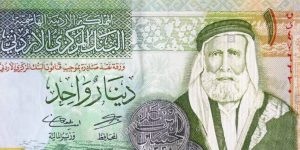 countries with the Highest currencies in the world

Apart from this, the country has garnered  huge external debt. According to many experts, a reason why Jordanian Dinar has a high value is that its government keeps fixed exchange rates of the currency. There are other reasons too. On a positive note, however , the Jordan is classified as an “Emerging Market Economy”. 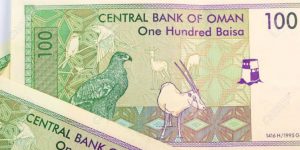 Which currency is highest in the world?

Oman has a developed economy with a high standard of living because of its oil-rich territory. Also the government of Oman has in recent years, diversified its income resources by investing in metallurgy, gas production, and Tourism. This is a plan of the government to tackle depleting oil reserves in the country.

Also see: Countries with the highest natural resources in the world

9. Bahraini Dinar (BHD): As of June 2021, Bahraini Dinar is the second highest currency in the world. Bahrain is a country in Arabian Gulf that is rich in oil. That is majorly why the Bahraini economy is heavily reliant on the export of petroleum products. 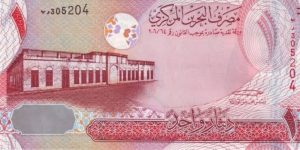 countries with the most valueless currency in the world

Indians are the largest expat group in Bahrain that is INR to BHD conversion is very popular. Interesting to note also is that the Saudi Riyal is also widely used and is legal tender in Bahrain along with Bahraini Dinar. The exchange rate of Saudi Riyal and Bahraini Dinar is fixed at 1 Dinar and is equal to 10 Saudi Riyal.

The major reason why Kuwaiti Dinar is so strong is that the country Kuwait has a very strong and stable economy mostly because of its oil-rich land and industry. In fact in Kuwait, people do not pay tax. Just one KWD can buy you more than 245 Indian Nation Rupees. This is the reason why you can find a lot of Indians working in Kuwait.

What Is The World’s Most Valuable Currency?

The Kuwait Dinar is now the world’s most valued currency. For a long time, the currency has been the most valuable currency in the world due to the country’s lively economic stability and the success of its oil drilling component. The fact that the country has a small population might also be considered when analyzing why the currency is the most valued. Another aspect of this currency to examine is its exchange rate.

The Kuwaiti Dinar to Indian Rupee conversion rate is the most popular (KWD to INR). This is mostly owing to the fact that the Indian ex-pat population in the nation is well-known and well-liked. As a result, they are both a one-of-a-kind currency combination. Working in Kuwait has the extra benefit of not having to pay taxes. All of these elements combine to make Kuwait not just one of the richest countries on the planet, but also one of the strongest and most valued currencies. It’s no surprise that it’s three times the value of the US Dollar.

How Does a Country Achieve the World’s Highest Currency Value?

Although various economic factors determine the highest currency’s worth relative to other currencies, any denomination might potentially gain in value. By enacting new economic policies, a country can alter some elements, such as importing and exporting. Other variables, such as stock market performance, are unaffected by geopolitical concerns and strong market pressures. Factors such as employment rates, trade deficits, and foreign exchange reserves may all affect a currency’s monetary strength.

Despite the fact that a currency is influenced by multiple elements, a government only has to concentrate on a limited number of economic parameters: interest rates, inflation, current account balance, and economic growth. If the following events occur, the value of a currency rises:

a. The government of a country raises the interest rate.

b. The currency will rise in response to a slight increase in inflation (about 2% per year).

c. Improved trade balance (which refers to the entire quantity of revenue, currency transfers, products, and services compared to other nations).

d. Economic growth (that has been boosted).

While these four economic variables may be classified as the key drivers, governments can also increase the value of their currency by enacting policies that affect supply-side economics.

Understanding the world’s most valuable currency can help you understand the world’s wealthiest countries and their monetary policies, but it won’t help you make smarter investment decisions.
A currency’s value is governed by a number of historical, economic, and political factors.

If a country’s inflation is under control, the sole reason for a currency’s high value is that the country’s inflation is under control. Nordic nations, for example, have well-developed social systems that offer individuals free education, healthcare, fair working conditions, and senior unemployment benefits. Despite having a steady economy, they are not among the world’s top ten currencies.