Most Technologically Advanced Countries in the World 2022: Top 10 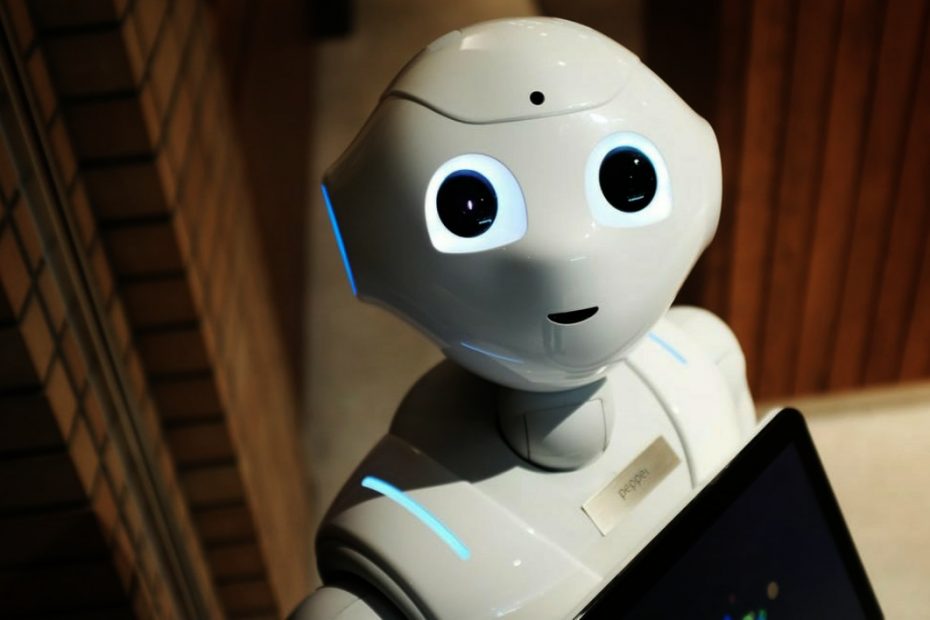 Most Technologically Advanced Countries in the World: Technology is defined as the application of scientific knowledge, such as techniques, skills, methods, and processes, to practical aims of human life, such as the development of products and services or the fulfillment of objectives. It is reshaping the human experience by applying scientific knowledge to the economy, communications, medicine, and other fields. Globalization is essential to innovation. 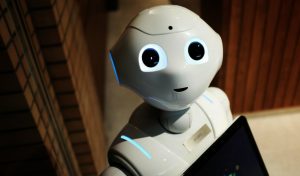 Much of the globe is fast progressing, but certain countries are far ahead of the others. These countries help their inhabitants receive improved transportation, healthcare, environmental efforts, and other advantages. The Bloomberg Innovation Index assesses 60 nations each year based on a variety of characteristics. The criteria are grouped into seven categories: research and development investment, manufacturing capability, and the concentration of high-tech public firms. In today’s environment, technology is an integral component of daily life. Every country strives to further its technical development.

Top 10 Most technologically advanced and innovative countries in the world

1. South Korea: South Korea exemplifies how a country may improve its financial status from the lowest to the richest. Following the Korean War, South Korea was one of the world’s poorest countries in the 1960s. Today, however, when someone mentions South Korea, two things spring to mind: phones and automobiles. The country has achieved tremendous success in its economy, particularly in the technology sector. Koreans have made the most of their successes in robotics, as well as the majority of their scientific breakthroughs, with Japan being their main rival. Korea has demonstrated this via technical advancement and innovation.

Technologically Advanced Countries On The Planet

Some of South Korea’s magnificent technological inventions include: LG, a South Korean company, is the first to introduce this technology to the world. The screen on this rollable television is made of ultra-thin OLED. This technology was developed by Hyundai Motor. This is referred to as the ultimate mobility vehicle (UNV). Using this technology, they built a car called ELEVATE. This vehicle can reach a height of five feet. South Korea developed a 3D monitor. They have created a one-of-a-kind program for the monitor only. Moreover, even without the use of 3D glasses, spectators can experience the 3D exhibition.

Also see: Reasons why Africa is still underdeveloped till today

2. Singapore: This country has positioned itself as a technological leader in the Southeast Asian area. Its technology and scientific industries are thriving, thanks to venture investors’ continued investment in new start-ups. Singaporeans also enjoy the quickest average internet speed in the world, providing its inhabitants a significant edge. This country’s technology center brings together scientists, entrepreneurs, and the environment to create effective, collaborative, and mind-blowing inventions.

Which country has the best technology in all fields

Its technological development is far ahead of that of any other country on the planet. Even its inventions are fantastical. Among them are: Despite the fact that the concept of self-driving cars has been around for a long time, Singapore is the first country to make it a reality. Though it is unusual for foreigners because when they get into the cars, they may be surprised, wondering who will drive the car. Despite the fact that Singapore does not have a high rate of repeat offenders. However, it has developed a unique type of technology. With the help of this technology, police can apprehend the offender using a drone. A number of countries are interested in purchasing this technology. Cameras are built into the invention.

4. Japan: Japan has a long history of producing cutting-edge technology. Japan’s researchers have made significant contributions to automotive technology, machinery, electronics, optics, industrial robots, semiconductors, metallurgy, and earthquake engineering. Since 1973, the country has worked hard to reduce its reliance on foreign oil.

Most Hi-Tech Countries in the World

We’ve also started to associate Japan with the most technologically sophisticated country, thanks to bullet trains, smart toilets, and robotic technology. However, this Asian country will never cease to make our lives simpler (and fun). Sony, Toshiba, Mitsubishi, Panasonic, and others are among Japan’s technical behemoths.

5. Israel: Israel is a small nation, yet it possesses great technical might. It spends considerably on technical research. It has earned a reputation for itself in the world of technology. Israel is regarded as the world’s technological superpower. Israel is a desert nation, yet it is rich in technical resources. Technology contributes to roughly 35% of Israeli exports. In terms of space science research, the country now ranks among the top five economies in the world.

Israel is well-known for its military sector inventions, such as the development of the first Unmanned Air Vehicle, which can monitor any scenario in real-time. This country is one of the few technologically sophisticated countries with cutting-edge electric car infrastructure. They have well-maintained recharge station networks all around the country. Some of their many achievements include the following: Pill Cam is a medical camera that may be swallowed.

Once upon a time, an Israeli scientist called Gavriel Iddah suffered from severe stomach discomfort, and with this practical experience, he invented the Pill Cam, which was eventually authorized by the FDA. The pill cam is digestible and can transmit an image of the inside of the stomach. So it is so simple to identify cancer or any other condition without the use of a third-party test.

For this wonderful creation, the scientist received the European Inventor Award. A sniff phone is a diagnostic instrument designed to detect the symptomatic odor induced by cancer. It may be necessary to use scent to detect illness. Professor Hossam Haick is the chief scientist of the NaNose project, which is creating this medicinal instrument. It has an accuracy of up to 86-92 percent in identifying the condition. However, the authorities have said that it would be more accurate and user-friendly after 5-6 years.

Recommended: Best websites to learn programming from start to finish

Is Japan the most technologically advanced country

They have produced significant scientific advances, such as the development of the nuclear weapon and Neil Armstrong’s first lunar landing. The United States remains a major player. Pharmaceuticals, space exploration, software development, web design, telecommunications, and the military are still major areas of concentration for American technological companies today.

When it comes to military technology, the United States is unrivaled. Raytheon, General Dynamics, and Lockheed Martin have all played important roles in making America “great.” Even more so, the country has given birth to some of the world’s most illustrious technological companies, including Apple, Intel, Google, Facebook, and Microsoft.

When compared to other countries, American scholars are the most prolific publishers in medicine and biology. This influence may be seen in the conduct and domination of huge pharmaceutical corporations in biology and medicine.

Also see: Most profitable and lucrative skills to learn in 2022

7. Switzerland: The World Intellectual Property Organization ranks Switzerland as the most innovative country in the world. Despite a scarcity of natural industrial resources, the country’s economy has always been built around science and technology. Both the government and the private sector enthusiastically support this practice. 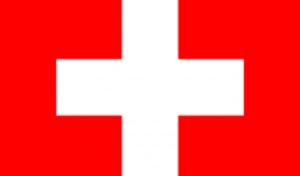 Is China the most technologically advanced

One of the country’s achievements is the wristwatch, a must-have fashion accessory in today’s world. It is also a sign of sound judgment. This Swiss-made wristwatch was created. Patek Philippe invented this fantastic invention in 1868.

8. Germany: Germans are experts in military technology, engineering, medical research, and infrastructure development. The German government is a strong supporter of education and the training of future generations of scientists. They accomplish this through collaborating with a wide range of organizations and colleges. German business has always been a strong supporter of the country’s scientific research.

These “masterminds” are also involved in nanotechnology and space travel research. Germany is home to three research organizations: the Fraunhofer Society, the Max Planck Society, and the Gottfried Wilhelm Leibniz Scientific Community. Global automobile companies such as BMW, Volkswagen, Mercedes, and others favorably contribute to its technical edge. Among their accomplishments was the invention of the jet engine by German experts.

The group of scientists that invented the jet engine subsequently demonstrated their inventiveness in 1939. Tape Recorder- For the first time, Fritz Pflumer invented the tape recorder. He not only developed the audio recorder, but also the first mixtape.

Recommended: How to choose a career path: 10 Things to consider

The Danish government provides fast internet service throughout the country. Denmark has created several innovations that have enlightened the entire globe. Bluetooth was the first technological breakthrough in the sphere of sharing.

Despite the fact that there is so much sharing software available now, Bluetooth was the first to be designed. Ericsson, a Danish mobile phone firm, pioneered this technology. The company dubbed it “Blatant” after their great king Herald. Because “bla” means “blue” and “tant” means “tooth.”

Also see: Most dangerous countries to visit in the world

10. Finland: Technology accounts for half of all Finnish exports. It is possible to say that it is Finland’s most important export industry. A sizable proportion of Finns are employed in the technology industry. Finland’s technology industry is organized into five sub-sectors. The electronics and electrotechnical industry, mechanical engineering, metals industry, consulting engineering, and information technology are all examples.

Most notably, Finland has produced several technologies that have changed the globe, such as Nokia, the most well-known mobile phone brand in the world. Despite the fact that it did not begin as a manufacturer of electrical products. The first was a paper manufacturing enterprise.

Recommended: The secrets to become a successful entrepreneur

When World War II concluded in 1945, several nations were in a state of disarray. Japan had been destroyed, Germany had lost all of its clouts and might, and India awaited freedom from the British Empire. But a lot has changed in the previous several decades. There would be many shocks if you compiled a list of technologically advanced nations in 1945 and compared it to today’s list.

That being the case, It may not be an exaggeration to argue that technological advancement has affected the lives of many individuals. This is so because we now have bullet trains that can travel in half the time and self-driving automobiles that can carry us everywhere. Not to mention major advances in health care, military technology, bioscience, and digital technology.