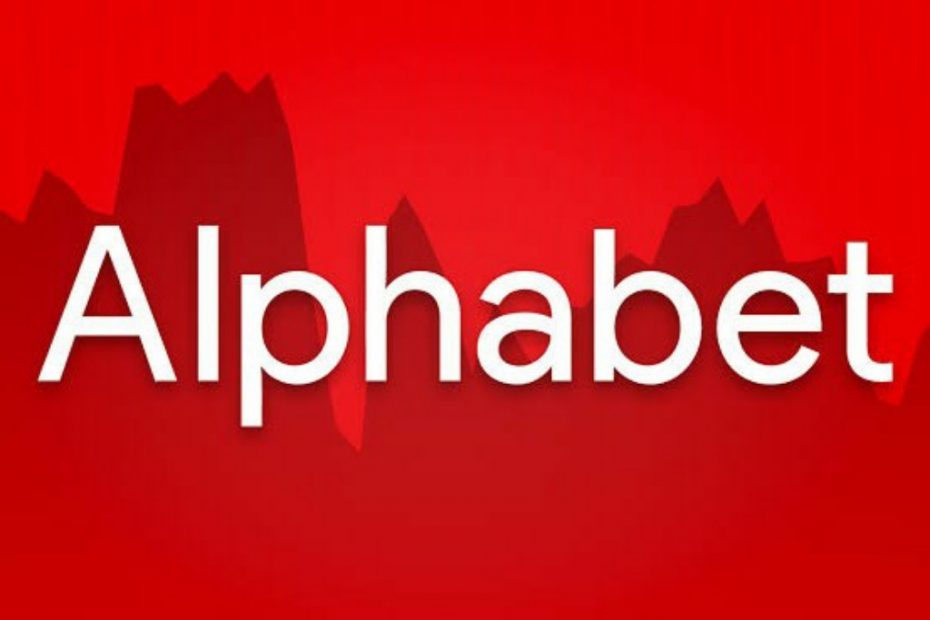 Biggest Tech Companies In The World: Civilization and industrialization are both driven by technology and technological innovations. The world is referred to as a global village as a result of interconnectivity engendered by science and technology. It has impacted in every aspect of human life. Technology cannot be separated from science because the growth of technology and its impartation on every aspects of life is a scientific engagement.

The advent technology was the birth of civilization. Every aspect of human life has been affected in more positive ways as a result of technology. At some point, we had to rely solely on our foot and animals to carry us around when we want to move around. So it was until the invention of a bicycle, a caravan, a car and then aircrafts and even trains for ease and faster transportation. Same with book keeping and data processing and storage until the invention of computer. There is virtually no aspect of life that has not experienced technological advancement over the years.

The tech world is run by tech companies who engage brilliant tech scientists committed to constant research and discoveries on ways to make life better. The tech industry is a huge industry worth billions of dollars due to the nature of the industry and processes involved. It is capital intensive and time consuming, however, the results are usually rewarding.

In this very article, we shall be taking a look at the top Tech companies in the world.

1. Microsoft: Microsoft is one of the Big Five American info-tech Companies with a revenue of about US$198.3 billion so far in 2022. The American multinational technology corporation is a large producer of personal computers, computer software, consumer electronics, and other tech products. The Tech Company is based in Redmond, Washington, United States. The company is known worldwide for its standard and arrays of quality Tech software like the Edge web browser, the Microsoft Window Explorer, their Windows Operating system, and also the Microsoft office suite. Among other things, they are the makers of amazing designs of touchscreen laptops and Xbox video game consoles. 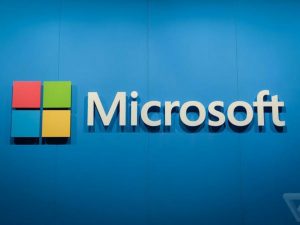 World Top Technology Companies by Market Value as on 2022

The largest producer of software in 2016 was founded on April 4th, 1975 by Bill Gates and Paul Allen. Microsoft is known to offer the following services; LinkedIn, Azure, Bing, Windows Update, Yammer, Xbox network, Xbox Game Pass, Microsoft 365, Outlook.com, GitHub, Microsoft Store and OneDrive. As of 2022, Microsoft has about 221,000 employees. It is one of the biggest Tech companies in the world.

2. Alibaba Group: With a revenue of about CN¥853.062 billion amounting to US$134.567 billion, for the year 2022 the Chinese multinational technology company is one that specializes on technology, internet, e-commerce and retail services. In more simplified terms, the company majors in providing electronic payment services, online shopping search engines, cloud computing services as well as enabling businesses and consumers to relate efficiently through web portals. 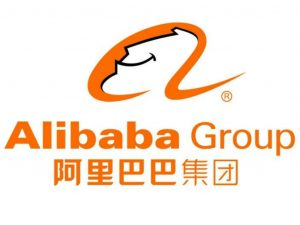 The company was founded by Jack Ma in 1999 and has fast grown into a multinational corporation with over 254,941 employees as of 2022. The Tech Company is currently under the ownership of SoftBank Group. Some of the services provided by the company also include; Alibaba.com, Daraz, Alibaba Cloud, AliExpress, 1688.com, AliOS, Taobao, AliGenie, Lazada and Tmall. They also engage in artificial intelligence. Alibaba Group is one of the biggest Tech companies in the world.

3. Amazon: The American multinational technology company based in Seattle, Washington and Arlington, Virginia, United States of America is one of the Big Five American info-tech Companies. Founded by Jeff Bezos in 1994, the company undertake provision of services like digital streaming, e-commerce, cloud computing, as well as artificial intelligence. 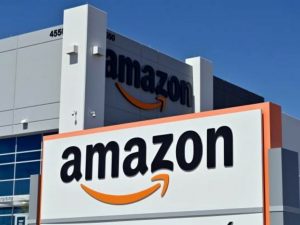 With a revenue of about 469.8 billion USD for the year 2021, the company provides the following online services: Amazon.com, Amazon Luna, Amazon Alexa, Amazon Appstore, Amazon Music, Amazon Pay, as well as the Amazon Prime. Amazon has over 1.6 million employees and over 30 subsidiaries including the Amazon Air. Amazon is known worldwide and is one of the biggest Tech companies in the world.

4. Apple: Apple Inc. is an American multinational technology company and one of the Big Five American info-tech Companies that specializes in the production of consumer electronics, software, hardware and online services. 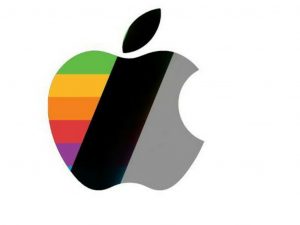 most Influential technology companies in the world

Apple prides herself in having over 154 thousand employees. The company is based in Cupertino, California, United States and currently owned by Berkshire Hathaway and offers over eight exceptional tech-services including Apple TV.

5. Alphabet Inc: Alphabet Inc. is also one of the Big Five American info-tech Companies based in California. The restructuring of Google on October 2, 2015 birthed Alphabet Incorporation as the parent company to Google and several other Google subsidiaries. 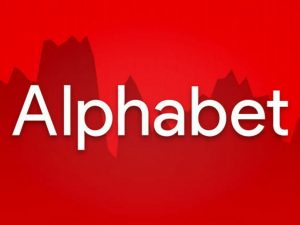 The world’s third-largest tech company with about US$257.6 billion in revenue as at 2021 is based at the Googleplex, Mountain View, California, U.S.A with about 156,500 employees. Founded in October, 2015 the company is owned by Larry Page and Sergey Brin who are equally the founders. The conglomerate is one of the biggest Tech companies in the world.

6. Meta: Meta Platforms, Inc. formally named Facebook inc. is a multinational tech conglomerate founded by Mark Zuckerberg, Dustin Moskovitz, Andrew McCollum, Chris Hughes and Eduardo Saverin in January 2004. With it headquarter in Menlo Park, California, U.S.A, the company is known for Social media, Social network advertising as well as Consumer electronics. With absolute ownership of Facebook, whatsapp and Instagram, and many others. Meta in 2021 recorded an overwhelming revenue of about US$117.929 billion. 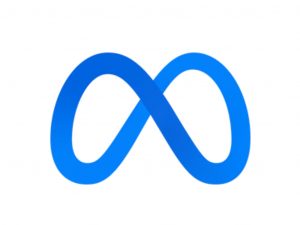 Which is the biggest tech company in the world?

The conglomerate is proud to be an employer of over 83,553 employees. As at the year 2022, Mark Zuckerberg remains the controlling shareholder of Meta Platform Incorporation and one of the biggest Tech companies in the world.

Recommended: Countries With The Lowest Crime Rate and Why 2022

7. Dell Technologies: Dell is an American tech company with its products and services made available for consumers worldwide. The multinational technology company develops, sells, repairs, and supports computers. Founded in 1984 by the Chairman and CEO Michael Dell, the company is known worldwide for its amazing tech products such as Personal computers, Smartphones, Servers, Peripherals, and Televisions. 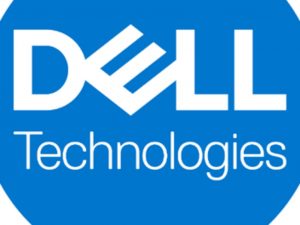 World’s Most Valuable Technology Companies in 2022

With an annual revenue of about 101.6 billion USD for the year 2021, the company is one of the biggest Tech companies in the world.

8. Samsung Group: The Asian tech giant is an electronics corporation is jointly owned by the National Pension Service, Samsung Life Insurance and the Samsung C&T Corporation. It is based in Yeongtong-gu, Suwon, South Korea. With an assembly plants and sales networks under the Samsung Electronics wing in about 74 countries and over 290,000 employees, most of its shareholders are foreign investors. 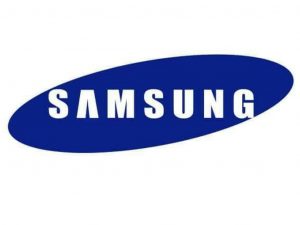 Recommended: Advantages and Disadvantages of a Written Constitution 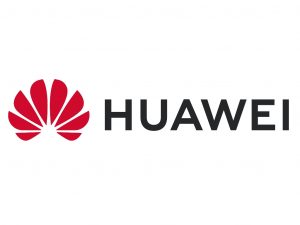 Biggest Technology Companies In The World

10. Sony: Another tech Giant in Asia. Sony Group Corporation is Japanese multinational conglomerate founded in 1946 by Masaru Ibuka and Akio Morita. The corporation is based in Kōnan, Minato, Tokyo, Japan and majors in the manufacturing of consumer electronics of high quality and standard. Their products and services are available worldwide. 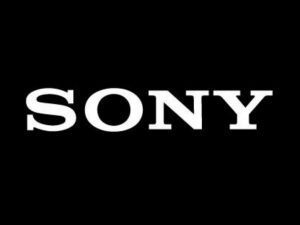 With an overwhelming revenue of about ¥8.999 trillion (US$81.38 billion) in 2021, the company is one of the most cash-rich Japanese company, as well as one of the biggest Tech companies in the world.

In a succinct conclusion, the list is endless as there are other big tech companies around the world with quality consumer products and services. We have the likes of Tesla, intel and so many others. They are the Tech giants making like easy through technology.