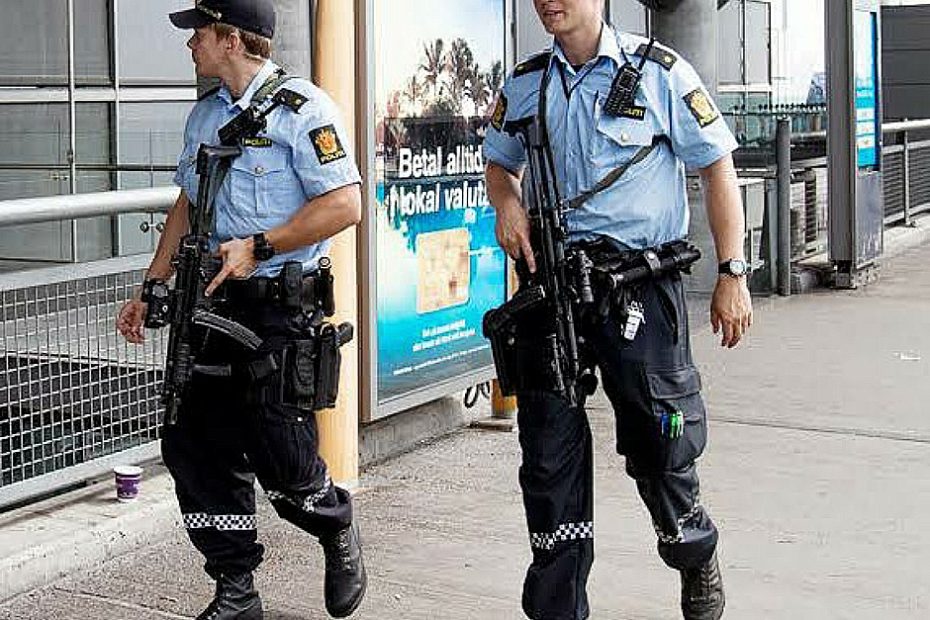 Top 12 Best Police Force in the World: Imagine a world without Police Force, no, you probably can’t imagine because ever since the inception of the society, there has been a form of policing in one way or the other; a  medium through which the society enforces her laws and ensures that citizens obey laid down rules and enforce punishment on whosoever disobeys such laws.

The level of training, the circumstances of their creation, the standard of their weapons and armors have contributed in this selection. The members of the Police units put their lives on the line to save and protect citizens, for this, they deserve our accolades. This ranking is based on performance and effectiveness in enforcing the law.

12. Norwegian Police Service: It comprises of a central National Police Directorate, seven specialty agencies and twelve police districts but its Police Service is different from the Prosecuting Authority even though there may be partial integration of the two bodies and they have a unified police system. Today, Norway has developed its Police University College where the Norwegian Police are trained and each prospective officer is trained in the area of his prospect because the education required for one police duty differs from another police task in Norway. 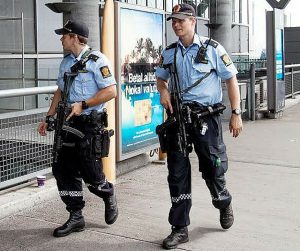 For instance: the officer responsible for prosecution in court need to obtain a Law degree while an officer who operates outside the court may not need it. The training is a three-year university bachelor’s degree while the second year consists of practical training in the field and all these trainings is to enhance their competence while discharging their duties or tasks.

Recently in 2022, the Norwegian police service has seven specialist agencies, in addition to the twelve districts who are dedicated to tasks such as border control dealing with economic crime or investigating cybercrime and they have no geographical limitation to their powers. Today, the Norwegian Police Officers are exercising these powers in different areas of responsibility such as: patrolling highways, responding to emergency calls and coordinating search, and rescue activities.

11. Italy police force: The Italian National Police ranks tenth among the world’s top police agencies. Due to their exclusive establishment and effective implementation of the “Italian Anti-Mafia” section, they have the best trained force in the world. The team was also responsible for the capture of two of the most deadly and ruthless Mafia bosses, who were hiding in the depths of barren mountains— a point that should not be overlooked. 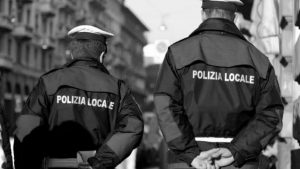 best police force in the world

The Anti-Mafia police force has conducted themselves in a professional, knowledgeable, and exceedingly cautious manner, which is really praiseworthy. This division deserves praise; they have put their lives and the lives of their families on the line to ensure that Italian society is safe.

The Italian Police Force has roughly 300,000 officers, making it the European Union’s largest police force, with such number, maximum distribution is ensured.

Recommended: Most Corrupt Police Forces in the world 2022

10. Swedish Police Force: The police force of Sweden is a National Police Force which is responsible for law enforcement, general social order and public safety within the country. Formally, policing in Sweden was organized by the Ministry of Justice. 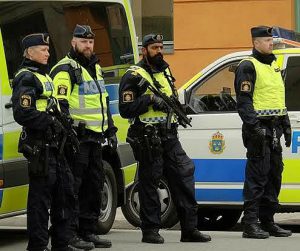 Which city has best police force

Later, the first modern police force in Sweden was established in the mid-19th century. But recently in 2015, it was nationalized and highly centralized and as a result, formed the Swedish Police Authority for the country and today, it is one of the largest government agencies in Sweden with more than 21,375 officers (employees).

Today, the efforts of the Swedish government in fighting crimes and measuring its prevention for the future is through the police force as a Law Enforcement Authority and due to the competence of this agency, everyone in Sweden feel safe and secure, regardless of where they live or where they are per time.

It was discovered and stated by the Swedish government that the Swedish Police Authority needs more resources and greater powers which is necessary in order to reduce crimes and enhance safety and security at the national, regional and local levels of the country.

That is why the body (the Swedish Police Force) is undergoing an expansion recently as the Swedish government has invested into it.

The expansion goal is to increase the number of employees (police officers) by 2024. Today, the number of police employees had already increased by 6 500 over the previous years since 2015 and the body has almost SEK 34 billion at its disposal and the Government has also allocated additional permanent funding to the Police in order to improve its technical capabilities. All these add to the fact that Sweden Police Force is one of the best police force in the world recently.

Must read: Richest pastors in the world and their networth

9. Police of China: The Police of China can be counted among the best police force in the world. The innovative training methods of which they undergo has aided a great deal in combating crime. The training of this force involves the conditioning of mind and body to be proactive and counter provocation or crime with appropriate measures. They undergo rigorous training and discipline. 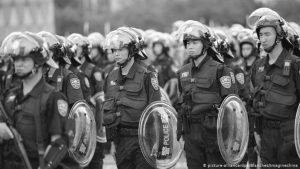 strongest police in the world

They effortlessly exhume endurance and unique effectiveness. The creativity in the Police Force of China as compared to other police force is on a high level. Their tactical operations are among the world’s best. This great skill has minimized brashness usually exhibited by other police force.

The accuracy in their shooting skills, the fierceness of their hand combat can be traced to the discipline in the force. The policing system upheld by the Chinese Government has helped to streamline the force, training them to conduct their duties by the books and within the constituted law.

8. Germany Police force (BMI, Federal Police): Germany has an established facility, ‘Deutsche Hochschule der Polizei’ (German Police University)’ where all police newbies undergo intensive education and study and training. This degree of specialization in the police university has served as a means of equipping the force and regulation to ensure that each officer is equipped with the same degree of knowledge of the justice system. 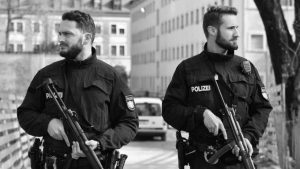 top 10 Police Force in the world

The German police has strongly opposed and conquered the world’s most powerful crime leader, Adolf Hitler. Their independence in maintaining law and order throughout the Holocaust years has earned them a place in the top ten police force in the world.

Also see: Differences between a state and a government

7. Australian police force (AFP): The pristine tourist attractions and the Sydney Opera House is not the only thing Australia is known for. The AFP has gained reputable influence and has climbed up the radar in becoming a powerful attraction. The AFP is known to uphold the highest standards in law enforcement. 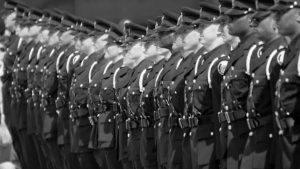 The AFP has employed strategies to practically and effectively enforce the practice of gender equity by equipping women to combat crime. This strategy has gone a long way in eliminating the problem of women molestation, by training and equipping more women into the force, more women are kept from harm’s way and reduce cases of women being victims of the crimes on the streets. 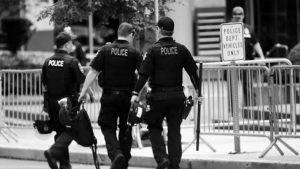 which police force in the strongest in the world_

Sadly, the method of apprehension employed by the local police departments is brutal, notorious and extremely brash but the New York Police Department is considered to be one of the best. They have achieved outstanding success in the area of crime prevention and law enforcement. The speed by which they rush to the rescue is highly commendable.

The Japanese National Police Force is one of the world’s best-trained forces. As a result of this amazing performance, they are ranked as the world’s fifth best police force. Their willingness to go above and beyond the call of duty to help victims of natural catastrophes such as earthquakes and police disturbances is absolutely extraordinary and honorable.

The use of ‘Kobans’ (little sub offices) has continually proved to be effective in connecting citizens to the nearest security measure available in the face of crime.

Also see: The Major Theories of Punishment in Law (Discussed)

4. Police Force of France: The fourth on the list is the National Police of France, it has rankings as one of the best police in the world. The country of France is said to have experienced the largest bloodbath in history, thus, the common police officer is not just equipped and trained to disarm a bomb. France deliberately planned in advance before setting up their law enforcement squads. 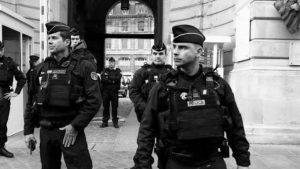 Each squad is gi ven trainings attuned to their duties, like the municipal police are trained to combat minor crimes such as mugging, vehicle accidents, speeding fines, petty theft, etc.  In the France policing system, each team is charged with the responsibility of ensuring that the country’s glory is upheld at all times.

3. The police of Netherlands (Royal Marechaussee, The Gendarmerie): The third on the list of the top ten is the Dutch police. They are extremely well disciplined and strategically trained. The units of the Dutch police are well positioned to consist of primarily the Central Regional Police Services and these units are under the Dutch commissioner’s command. 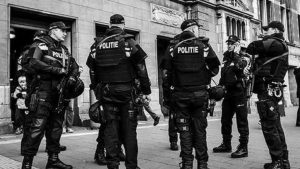 worst police force in the world 2021

The harmony with which this units work together is incredible. This officers are deployed to oversee the day to day affairs of citizens and to combat crime, they perform this duty with cheerfulness. The method of policing employed by the officers is that of proactivity to prevent crime even before it happens.

2. Canadian police force (RCMP): For over 100 years t he RCMP ha s provided exceptional law enforcement services, this reputation has conferred respect on the Canadian police force. This police force are aptly prepared to act proficiently in unpredictable situations and structures are put in place to prepare the force in advance. 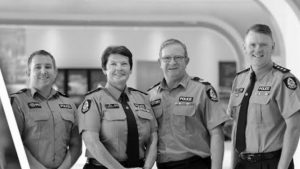 most armed police forces in the world

It will be trite to say this trait among others is what puts the Canadian RCMP on number 2 of our list. The RCMP training college is a furnace under which high level of discipline is inculcated into the police officer. This realistic approach has put the RCMP in the fore front of advancement and specialized development. They are proactive in the carrying out of their duties.

Also see: Are lawyers liars? The truth about this fact

1. Police Force of England: Metropolitan (Scotland Yard Police) is the first on our top ten list, they  truly exceeded the call of  duty when they launched a campaign raising awareness of the police awareness number. They have successfully achieved police protection in the nooks and crannies of the UK. The standard of discipline in this force is unparalleled. 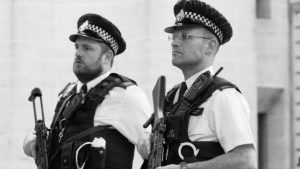 best police in the world

They are the most transparent police force in the world. It is an inclusive and flexible system of policing. This method of policing was founded by Robert Peel. This police is truly deserving of first place among the top 10 Police Force in the world.