Home » Scholarly Articles » Countries With The Lowest Crime Rate and Why 2022: Top 12 Safest

Countries With The Lowest Crime Rate and Why 2022: Top 12 Safest 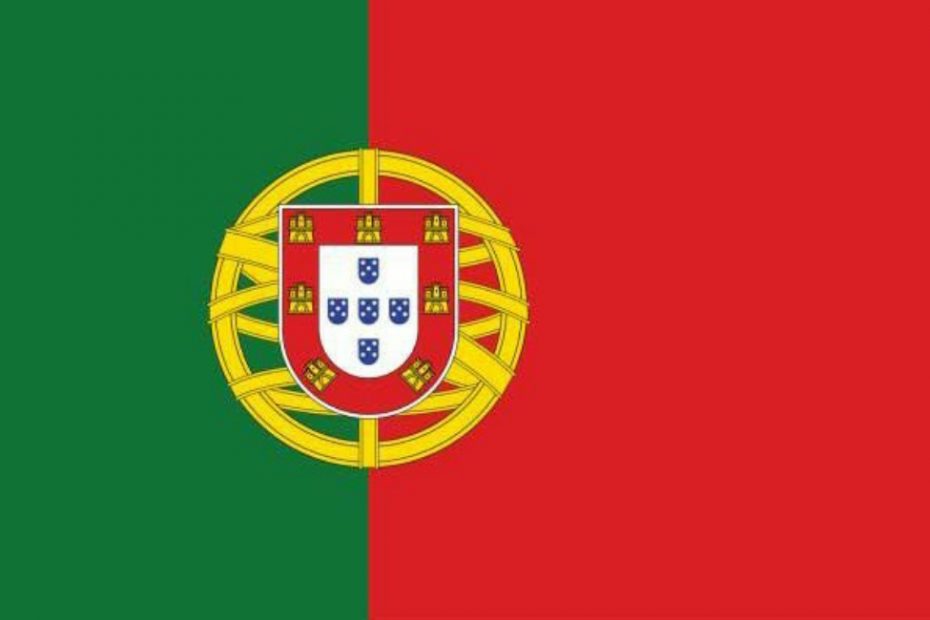 Countries With The Lowest Crime Rate 2022: Every country on the earth is affected by crime, regardless of its size, political stance, or economics. It has an impact on nearly all countries on the planet. Some governments are putting forth every effort to eliminate crime, and as a result, crime rates in some countries have decreased.

Recommended: Most Beautiful Countries in the World to Visit

How is Crime Rate Calculated and What Factors Influence It?

The overall crime rate is computed by dividing all recorded crimes by the entire population, then multiplying the result by 100,000. (because crime rate is typically reported as X number of crimes per 100,000 people). The rate of crime varies dramatically from country to country and is influenced by a variety of factors. High levels of poverty and unemployment, for example, tend to exaggerate a country’s crime rate.

On the other hand, strict policing and harsh penalties tend to lower crime rates. There is also a strong link between age and crime, with most crimes, particularly serious crimes, perpetrated by those between the ages of 20 and 30.

Recommended: Countries with the Worst Education Systems In The World 2022

The causes of crime, and consequently the factors that influence crime rates, have long been a matter of contention. Nobody has been able to determine which factors are the most significant and which are the least important. Surprisingly, crime rates within a single country can change over time.

a. Poverty and the state of the economy: Poverty is frequently blamed for crime. Poverty-stricken areas are frequently associated with high levels of crime. Poverty affects a large number of countries. Some of these countries have extremely high crime rates. Some areas have only a moderate level of crime.

In addition, the sorts of crime perpetrated in various low economies varied dramatically. Crime is linked to high levels of violence in some countries. In some cases, it’s only stealing, while in others, there’s a significant element of organized crime, including drugs, prostitution, and racketeering.

c. Social tolerance of crime: The social tolerance of crime may be a factor influencing the rate of crime. Many cultures have a high level of tolerance, with people not acting as harbingers of bad news. In other communities, even minor infractions are reported by a neighbor. There may be fear of retaliation where a powerful organized crime syndicate exists. Victims and others are terrified of retaliation if they come up.

d. Law enforcement level: A powerful police force, combined with harsh penalties for convictions, may aid in the reduction of crime. The concept that a strong deterrence will reduce crime is at the center of a long-running dispute concerning the death penalty’s effectiveness, albeit there is little evidence to back this up. For minor offenses, some countries amputate limbs. Even if crime is low in these countries, it nevertheless, it still exists.

The strength of law enforcement and the police force have played a powerful role in the stability of society. Similar to the military, police challenge coins are used to instill unity among unit members and to recognize and reward excellent work. That’s why some cities are creating their own police challenge coins program to reward the hard work of policemen and policewomen. Police stations also use these challenge coins to raise the profile of the police department and build camaraderie, which is also a symbol of identity.

e. Population’s Average Age: The age of the population and the rate of crime have a link. People in their teens, 20s, and 30s commit the majority of crimes, particularly in locations where the population is both young and transient. Violence is a young man’s crime. According to some analysts, the United States’ aging population is the key cause for the country’s lower crime rate in recent years.

Below are countries with the lowest crime rates in the world;

1. Switzerland: Because it boasts one of the lowest crime rates in the world, Switzerland is considered one of the safest places to live. There are extremely few robberies or killings in Switzerland since it is divided into 26 regions with various legal authorities.

Another factor is that there are more law enforcement officials patrolling the neighborhood, making it a safer place to live eg For every 100,000 inhabitants in Switzerland, there are 216 police officers on duty, safeguarding peace, harmony, and tranquillity.The main reason for the decreased crime rate is that residents have more money, making robberies less prevalent.

Not only are crime rates low, but half of all crimes are likely to be committed by foreigners.

2. Singapore: While Japan is the silver leader in terms of low crime, Singapore is the gold winner in Asia. Efforts to combat crime have not been hampered by high population rates. Singapore has a low murder rate of 0.3 per 100,000 inhabitants, while robbery and robbery are nearly unheard of.

Which country has the least crime rate in the world?

This places the country as the second safest in the world, ranking second among the top ten countries with the lowest crime rates. Singapore has strict rules that go a long way toward making citizens law-abiding. Many offenses have severe punishments, such as whipping and other torturous punishments. The death penalty is also commonly utilized in this country.

3. Hong Kong: This country is not only famed for its lightning-fast Internet access, but it also has a reputation for having low crime rates. Hong Kong has a homicide rate of 0.2 per 100,000 residents, making it not only one of the safest cities in Asia, but also one of the safest in the world.

One of the most serious crimes you are likely to meet strolling the streets is pocket theft, theft and robbery are nearly non-existent.

Also see: Differences Between Being Smart and Intelligent

4. Bahrain: Some people believe this island country was the Biblical Garden of Eden because it closely resembles the description scholars have for the great garden. This island country also has a very high enforcement force ratio. It’s one of the world’s most densely populated countries, there are 1900 police officers for every 100,000 people. 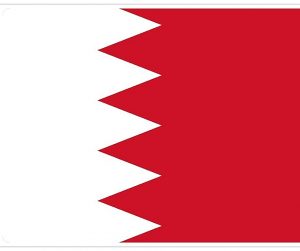 Countries With The Lowest Crime Rate

It’s no surprise that the crime rate is so low. Although there are certain incidences of petty crime, such as purse theft and pocket theft in the country’s oldest districts, violent crime is extremely rare in this country.

5. Luxembourg: This little yet fascinating country has a population of less than 600,000 people and covers an area of about 2589.9 km2. Perhaps this is why it is one of the world’s wealthiest countries per capita. In recent years, it is thought that the crime rate has been nil.

What is the top 10 safest country in the world?

Also see: Countries with the best Roads in the world 2022

6. Japan: Weapons, including firearms and swords, are heavily regulated in Japan. A citizen must go through a lengthy application process in order to own a weapon for hunting or sport. In this country, where violent crimes like purposeful murders are rare, perpetrators face harsh penalties, including the death penalty for murder.

Which country has the lowest crime rate 2022?

7. Norway: One of the reasons for Norway’s lower crime rate is that it is an exceptionally chilly country with long winters. According to statistics, Norway has fewer than 30 homicides each year on average. This country also has severe firearms rules, particularly those governing hunting and sporting weapons.

Safest Countries In The World 2022

Law enforcement officers also ensure that anyone with a weapon keeps it in a secure location.

8. Iceland: Iceland has simply redefined security and calm, employing only 700 police officers who are not even allowed to carry guns, as they are of no use in such a peaceful country.

Also see: Countries with the Most Corrupt Police Force in the world

9. Denmark: Because of the strict protection provided by their police force, the Danmark citizens enjoy tranquillity, peace of mind, and security in their homeland.

What countries have the lowest crime rates and why?

There are about 200 cops for every 100,000 people, but there isn’t much crime to begin with. In terms of statistics, the murder rate is less than 0.1 per 100,000 people, which is one of the lowest in the world. It is not in vain that it is regarded as one of the world’s happiest countries.

10. Cyprus: Cyprus is often considered to be one of Europe’s most peaceful nations. Cyprus is a beautiful European island where residents frequently leave their doors unlocked until late at night. It also boasts a relatively low crime rate, which is one of the reasons why tourists keep coming back to the tiny country.

According to estimations, 23 people die as a result of homicide in Cyprus each year. This is a surprisingly low rate for a country with a population of more than a million people.

11. Czech Republic: Crime statistics and rates have decreased in the Czech Republic by 0.72. This nation is ranked as one of the countries with the lowest crime rate because of its social equality and low crime rates. 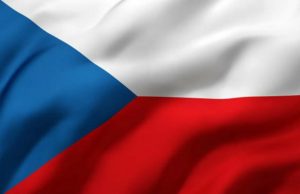 What is the best country in the world, where crime rate is very low?

A fairly stable economy may be found in the Czech Republic. Approximately 1000 euros are earned on a monthly basis on average. Young professionals with a degree from a Czech university have a strong chance of landing a job that pays well. This is why the country is safe.

Recommended: Countries with the highest crime rate in the world 2022

12. Portugal: One of the reasons Portugal is attracting so much interest from investors and expats is its low crime rate. Property values and the economy are recovering now following a significant economic downturn in 2010. Everyone may enjoy the pleasant temperature, historic cities, picturesque scenery, and some of the best beaches in the world in Europe’s westernmost nation. 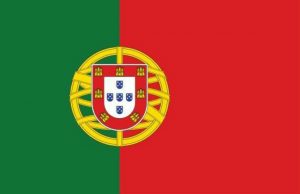 Countries That Have Little To No Crime

It boasts among the lowest rates of crime in the entire globe. According to the 2021 Global Peace Index, Portugal is ranked fourth. As a result, it’s incredibly well-liked by expats who want to be safe abroad. Pickpocketing and muggings account for the majority of crimes in Portugal. You’ll be OK if you use caution in busy places and on public transportation, especially on trams.

In large cities, muggings typically don’t happen outside of specific locations. Find out where you should stay away from in advance to reduce your exposure to any potential threat. Portugal is fairly safe when it comes to more serious crimes, and there is hardly any gang-related activity to note. Also, there is little threat of terrorism in Portugal. Portugal is one of the safest nations in the world, to sum up.

Recommended: Hardest Dishes To Make In The World: Top 10 Toughest

The countries with the lowest crime rates share some characteristics, such as their levels of prosperity, social welfare, and education. Furthermore, these countries have effective criminal justice systems and governments that have strong bonds with their citizenry.