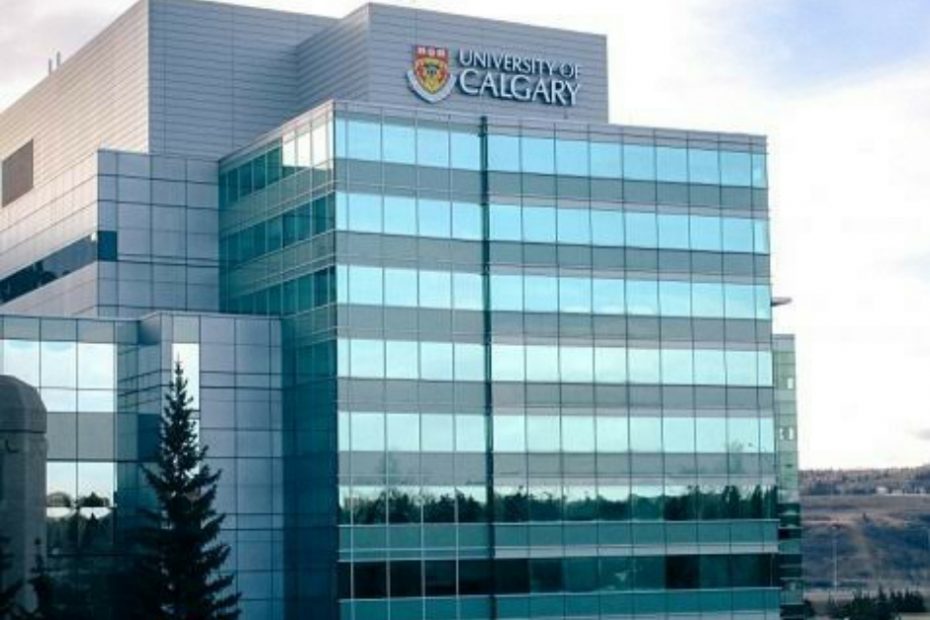 Cheapest Universities In Canada For International Students: With its hills and mountains, Canada is among the world’s most livable countries. It’s excellent for a multitude of reasons, including universal public healthcare, a varied economy, and a rich culture with many traditional features. Among them is higher education. The government invests extensively in universities, and several have been ranked among the best in the world for intellectual achievement.

Canada’s universities are known for their multicultural campuses. In addition to international programs, several institutions provide special programs and rates for indigenous students. Several of them, in fact, have their own native studies institutes and colleges. International students seeking a low-cost degree should consider studying in Canada. Canada’s low tuition prices are advantageous to both international and local students. You’ll also be studying in an English (or French!) speaking environment in a developed nation.

Canada’s educational system is renowned and similar to that of the United Kingdom and the United States. Many overseas students opt to study in Canada because of the inexpensive tuition fees, the convenience & luxury of living, and the universities’ excellent reputations. Here are ten low-cost institutions in Canada for students seeking inexpensive degrees. 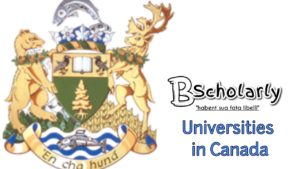 The University of Northern British Columbia is one of the best research institutions in Canada. The university was founded in 1990 and today, it has about 3 (three) campuses in Canada. When it comes to “good learning environment” and “teaching standard“, the University of Northern British Columbia is not bad at all. Wikipedia records that as of 2019, UNBC was ranked “top three” in the Primarily Undergraduate category by Maclean’s Magazine for 12 straight years. This shows that the university is one of the best in Canada currently.

Confessions made by students about the University of Northern British Columbia posits that the university is really producing great people in the society. For instance, James Moore (Member of Parliament and Conservative Cabinet Member) studied in this university. UNBC school fee for citizens is about $5,318. International students pay about $18,612. No doubt, it is one of the cheapest universities in Canada.

MUST READ: Why are lawyers liars? See why lawyers are called liars here 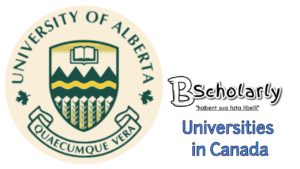 According to Wikipedia, The university is considered a “Comprehensive academic and research university” (CARU), which means that it offers a range of academic and professional programs, which generally lead to undergraduate and graduate level credentials, and have a strong research focus. Just like i said before, University of Alberta is one of the best universities in Canada. It is also one of the best 200 universities in the world. Some years ago, the university was ranked “top 137” in the world by Times.

If you really want to attend the best and cheapest university in Canada, this university should be your first choice. It does not matter whether you are a citizen or a foreigner. The University offers admission to students all over the world (as long as their requirements are met). 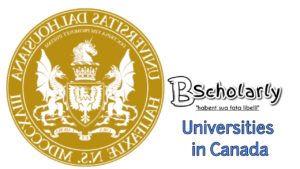 It will surprise you to know that Dalhousie University offers about 4,000 courses, and 180 degree programs in twelve undergraduate, graduate, and professional faculties in 2019. Nonetheless, before applying for admission in this school, i advice you to, first of all, check whether the university is offering your desired course.

Considering the number of years this university has been in existence, there is no doubt that it has produced hundreds of great people. Research shows that Arthur B. McDonald (awarded the Nobel Prize in physics for his work with solar neutrino), Kathryn D. Sullivan (first American woman to walk in space), Charles Peter McColough (former chairman, CEO, and president of Xerox) went to Dalhousie University during their time.

On this note, if you have been searching for a good and cheap university to attend in Canada, Dalhousie University is the ideal university. It is undoubtedly one of the cheapest universities in Canada. 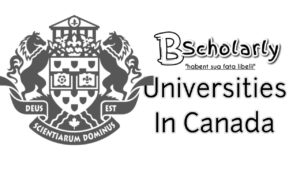 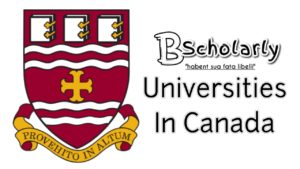 Also read: How to become an intelligent student 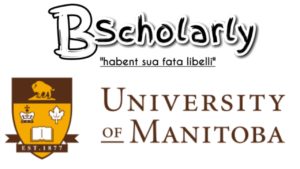 this is the cheapest tertiary institution in Canada

There is no doubt that the University of Manitoba is also one of the cheapest universities in Canada. With $10,500 you can pay your school fee in this university as a local student. Accordingly, International students with $22,000 can also pay their school fee for a session too.

To sum it up, University of Winnipeg is a very prestigious University in Canada. The university has graduated personalities like: Ida Albo (a business person), Lloyd Axworthy (a politician and former UW President, Nobel prize nominee), Tom Axworthy (Canadian Civil Servant) and many others.

The University of Winnipeg is not only one of the best. It is also one of the cheapest as well. Citizens of Canada pay as low as $3,675 in a session. On the other hand, International students are required to pay $13,695 as school fee for a session. 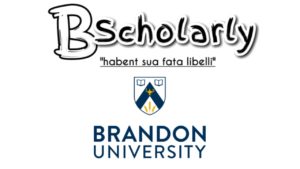 Well, the fact that Brandon University is one of the cheapest universities in Canada is undoubtedly true. Even from the school fee mentioned above, you can see that their fee is exceptionally low. So, if you are really searching for the cheapest university to attend in Canada, this university is a good choice. Nonetheless, I strongly advise you to check other requirements for admission in the university before you apply. This will help to consolidate your chances of getting admitted.

In my view, the university is the cheapest at it stands now. Both local and foreign students are highly welcomed in the university. So if you can meet the University’s requirements and also pay your $5,300 as a foreigner, you can study in this university. 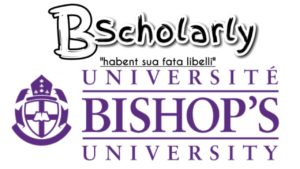 Bishops University is the cheapest universities in Canada

It should, however, be noted that Bishop’s University is not for every student. Research shows that the university is one of the three universities in the province of Quebec that teach primarily in English. So if you don’t want to study any English related course in the Canada, I don’t think it is wise to apply for admission in Bishop’s University.

For those who will still apply for admission in this university, note that Bishop’s University is a less competitive university with just 3,000 students studying in it. So there is obviously high chances of gaining admission if you apply. All you have to do is to apply and make sure that you meet the admission requirements for your course.

11. Université de Saint-Boniface, Canada (Tuition: $7,482): This is a well-known low-cost university in Canada that mostly teaches in the French language. This institution offers roughly 14 undergraduate degrees, including nursing, information technology, business administration, and many others, and is known for having the lowest undergraduate programs in Canada. For international students, the Université de Saint-Boniface charges a reasonable tuition price that starts at roughly $7,500 and does not exceed $9,000 for all undergraduate programs. 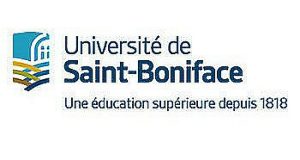 Affordable and Cheap Universities in Canada

At this institution, Canadian citizens and permanent residents pay substantially cheaper tuition costs, with the simplest degrees charging as little as $3,000. On their official school website, you can learn more about the Université de Saint-comprehensive Boniface’s program and associated tuition rates.

12. Canadian Mennonite University (Tuition: $10,003): Tuition and the comprehensive food plan at Canadian Mennonite University are both around $7000 per term and $14000 per year. This is amongst the most affordable tuition costs in the country. As if that weren’t enough, the institution offers so many scholarships and financial assistance to students that over half of its students get some form of financial help each year. 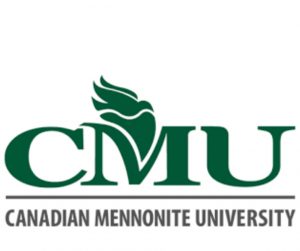 CMU offers a variety of housing options at various price points, all of which are located on campus. While undergraduates are not entitled to live on school grounds, it is recommended that they do so, and the institution makes every effort to support this atmosphere. CMU’s official website has information on tuition and other expenses for both domestic and foreign students.

13. McGill University (Tuition: $11,295): McGill University, titled after its founder James McGill, was established in 1821 as a public research university. It has campuses in both the city and the island of Montreal. The institution provides 300+ programs via the faculties of Agriculture, Crafts, Dentistry, Education, Architecture, Law, Business, Medicine, Music, Religious Studies, Technology, and Continuing Education, and is famous for giving the highest mark for entrance. 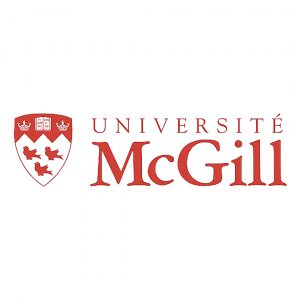 McGill is regarded for having some of the most varied student populations in the world, with 30 percent of its students hailing from 150 different countries. McGill is regarded as among Canada’s top three universities – and one of the top 50 in the world – and has attracted a large number of international students.

Recommended: Most Profitable Businesses to Start in Canada

Whether you’re looking for a cheap university in Canada, Memorial University of Newfoundland is among the best options, with foreign undergraduate students paying as little as $2,550 in tuition. It’s important to note that the institution is the sole institution in the country that has both master’s degrees on the list of cheapest universities in Canada. 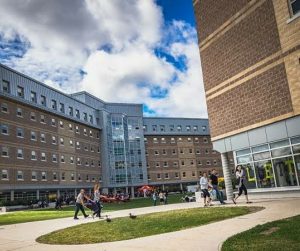 Although the tuition rates for overseas students are somewhat more than those at other colleges on this list, they are still quite economical and inexpensive when compared to several other Canadian universities not included on this list. A tuition price of $11,460 is applied to international students.

Also see: How to Prepare and Pass Scholarship Examinations: 9 Tips 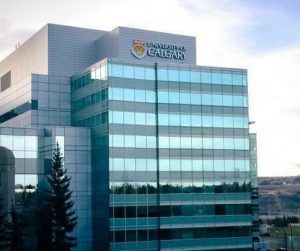 The institution provides Masters and Doctorate degrees in a number of areas spanning various key sectors of study, as well as course-based and study degrees.

Overall, studying in Canada will provide you with a prestigious, globally renowned degree while also allowing you to save money! Remember that if you want to study in Canada as a foreign students for more than six months, you’ll require a student visa. Evidence of finances, proof of health and general well-being, proof of no criminal background, and your university admission letter will be requested by the Canadian government. It’s best to start your student visa application as immediately as you’ve been accepted to a Canadian university.