Home » Tech Updates » Most Powerful Weapons In The World (With Pictures): Top 10 Deadliest

Most Powerful Weapons In The World (With Pictures): Top 10 Deadliest 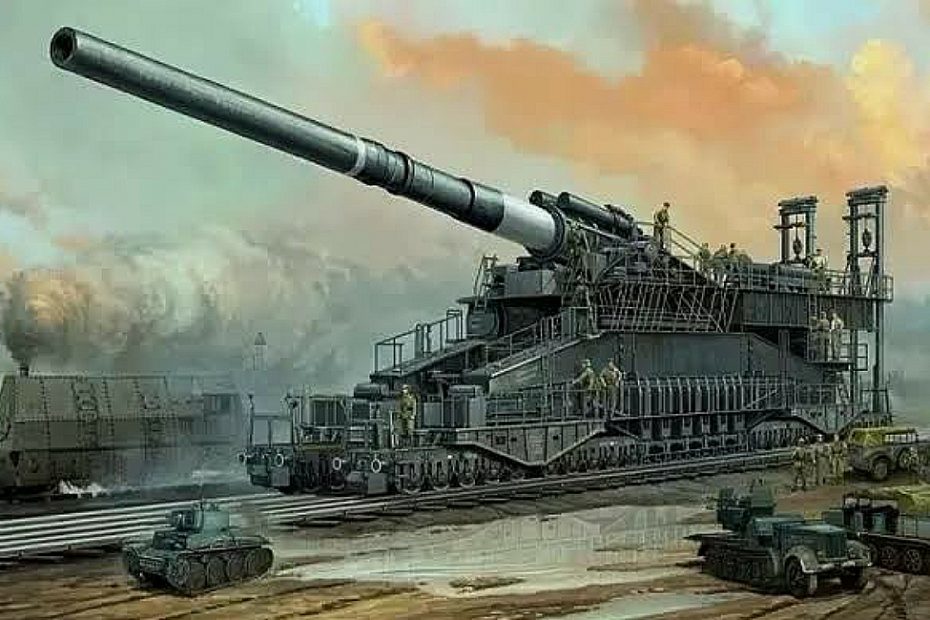 Most powerful weapons in the world: The development of weapons that can cause mass destruction only began in the last century, even though war has always been a significant driver of technological advancement. War should never be supported, but some of the following weapons are unquestionably powerful.

Here are ten of the most powerful and dangerous weapons that humans have ever created. Even though some of these weapons have ancient ancestry, you won’t be amazed to realize that they were all created in our era.

Recommended: Most Powerful Guns In The World 2022

Top 10 Deadliest And Most Powerful Weapons In The World

1. Tsar Bomba: The Tsar Bomba qualifies as a weapon of mass destruction in every way. The weapon was the Soviet Union’s response to the nuclear program of the United States. The bomb was a massive thing, intended to destroy everything. There was only ever one that went off, and that was enough. 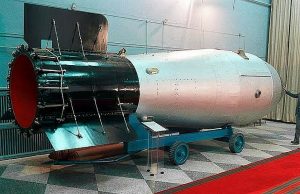 Which is the deadliest weapon in the world?

The Tsar Bomba is still the most potent explosive ever set off by humans. Of course, there was a huge mushroom cloud from the most powerful nuclear bomb ever dropped. According to estimates, the mushroom cloud reached a height of up to 40 miles in the sky, which is roughly seven times higher than Mount Everest. The cloud penetrated both the stratosphere and the mesosphere at this altitude.

2. MIRV: The Multiple Independently Targetable Re-entry Vehicle, or MIRV, is a ballistic missile payload that has several warheads. Each warhead can be pointed at a variety of targets. Only one nuclear bomb could be carried by a single missile and targeted by a single warhead in the past. 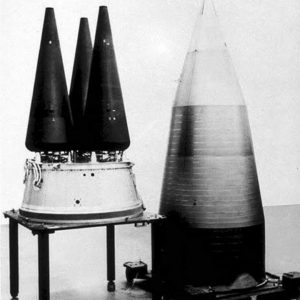 Top 10 Most Dangerous Weapons Ever Created

The multiple reentry vehicle (MRV) missile was the next development. It could carry several warheads that were dispersed but not individually aimed, creating a blast akin to a shotgun. That issue was resolved by the MIRV, making all warheads targetable.

3. ICBM: Ballistic missiles can be guided to their target, and the intercontinental ballistic missile (ICBM) is one such type. It was created mainly for the transportation of nuclear weapons and has a minimum range of 3,400 miles. 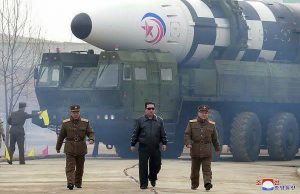 Most Powerful Military Weapons Ever Made

ICBMs can be launched from a variety of platforms, including aircraft, submarines, missile silos, and vehicles. They became a crucial component of the MAD doctrine because they gave the nation the flexibility to retaliate and wipe out the enemy. It essentially ensured a follow-up attack on the adversary. Because of the MIRV, it became possible for an ICBM to launch multiple nuclear warheads simultaneously as technology advanced.

4. Russia’s Aviation Thermobaric Bomb of Increased Power: The “Aviation Thermobaric Bomb of Increased Power” (also called the “Father of All Bombs”), developed by the Russians, was successfully tested before being made public in 2007. According to reports, the FOAB is four times less powerful than the largest non-nuclear bomb ever used by the US military. 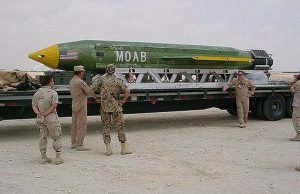 It has an impact similar to that of a small nuclear weapon, but on a smaller scale, thanks to its pressure wave and blast. When the bomb detonates in midair, extreme temperatures and a supersonic shockwave are created. Compared to conventional explosives, thermobaric weapons produce blast waves that are longer and more sustained and have higher temperatures. As a result, they inflict greater amounts of damage over a wider area than conventional weapons of comparable mass. They generate more energy than usual, which makes them harder to control.

5. Chimera Virus: An animal created from various animal parts, such as a hippogriff or a griffin, is known as a chimera in ancient mythology, which perfectly describes this virus. The DNA of two or more different viruses can be combined to create a chimera virus. 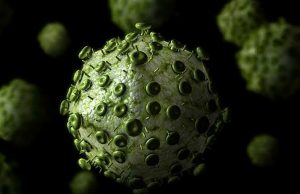 Deadliest weapons: The most powerful and destructive in the world

The Soviet Union experimented with them in the 1980s, injecting another virus’s genetic material into smallpox (or other) viruses to create chimeras. This procedure makes sure the new virus can spread a completely different infection while retaining the virulence and microscopic appearance of smallpox. This advancement in genetic engineering makes viral agents more deadly by enabling them to avoid existing medications and vaccines.

6. Nimitz Class Aircraft Carrier: US Nimitz Class – With a height of more than 1000 feet, the Nimitz Class’s aircraft carriers are the world’s biggest warships. Being the most expensive, they each cost about US$4.5 billion. The 100,000-ton carriers, which are outfitted with anti-aircraft guns and missiles, have room for up to 90 aircraft. 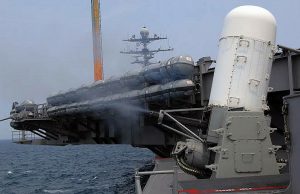 The deadliest weapons on Earth, ranked

It is anticipated that they will work for fifty years. The Gerald R. Ford Class successor, which will be even bigger and cost about US$12 billion, is currently under construction in the US. Instead of the gas turbines or diesel-electric systems that are typically used on modern warships, the carriers’ four propeller shafts are powered by two nuclear reactors, allowing them to travel at a top speed of over 30 knots.

Also see: Most Widely Spoken Languages in the World 2022

7. Schwerer Gustav: A seven-ton shell could be fired by Gustav 47 kilometers away. The “Schwerer Gustav” was nearly 1,350 tons when fully assembled. This piece of artillery was created by the Germans in anticipation of the Battle of France. When the battle started, the biggest gun of World War II was not prepared for battle. The static defenses of the Maginot Line were quickly outflanked and isolated by the Wehrmacht’s Blitzkrieg invasion of Belgium, forcing them to submit without suffering any serious casualties and negating the need to demolish the fortifications. 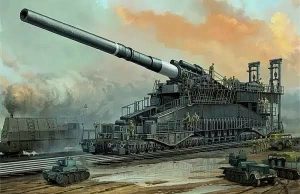 It was the heaviest mobile artillery weapon ever created, both in terms of overall weight and the weight of the shells it could fire. Additionally, it was the largest-caliber artillery piece ever used in battle

8. Flamethrower: Because a flamethrower is designed specifically to project fire in a long, controllable stream, it is referred to as an incendiary weapon. Greeks were the first to employ flamethrowers, dating back to the first century AD. In the First World War and more frequently in the Second World War, the Germans employed modern flamethrowers. 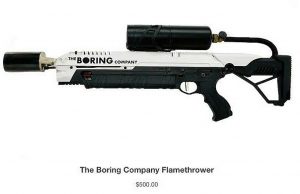 Which country has the most powerful weapon?

Attacking fortifications, bunkers, and other defensive structures was the main military application for flamethrowers. Flamethrowers are more frequently used in civilian life for agricultural purposes, such as clearing fields. Flamethrowers come in a variety of shapes and sizes; portable ones typically consist of two parts (a fuel backpack and an output tube), though they can also be mounted on a vehicle for convenience.

Also see: Life-changing Books To Read That Will Change Your Thinking

9. DSR-50 The .50 cal Sniper Rifle: The bolt-action sniper rifle known as the DSR-50 can fire the potent.50 cal BMG round. It was built on the DSR-1, a sniper rifle designed specifically for police sharpshooters. The DSR-50 has a built-in hydraulic recoil damping system in the buttstock as well as an integral muzzle brake that reduces perceived muzzle blast. 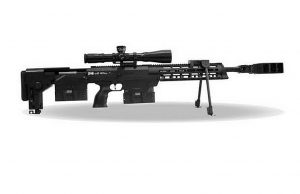 Which country is most powerful weapon?

Because this weapon was designed to pierce (lightly) armored military vehicles, we’ll let your imagination fill in the details of what happens when you shoot a person.

10.  RPG – Rocket Propelled Grenade: You can shoulder-fire anti-tank rockets with the RPG. It was transformed into a dreaded anti-tank weapon after being modeled after Nazi Germany’s Panzerfaust. A rocket-propelled grenade that costs little money and little skill can take down a tank that costs millions of dollars. The Viet Cong and the People’s Army used it extensively against the Americans during the Vietnam War. When the Soviet Army attacked Afghanistan, the Mujahideen encountered them and quickly mastered its use against tanks and other armored trucks.

The American army created its RPG in the middle of the 1950s; it was known as the LAW or lightweight antitank weapon. RPGs have been a threat to tanks and armored vehicles since they first appeared.

Also see: Most Corrupt Politicians in In The World 2022

The most inventive species to ever inhabit the planet is humans. With the help of the many technologies we have created, we have gained complete dominance over the planet and are currently essentially in charge of almost everything that occurs on it. Our seemingly endless thirst for conflict is one of the reasons our technology has accelerated so quickly in a relatively short period. This is the most formidable weapon ever.

2 thoughts on “Most Powerful Weapons In The World (With Pictures): Top 10 Deadliest”