Home » Scholarly Articles » Most Corrupt Politicians in The World: Top 10

Most Corrupt Politicians in The World: Top 10 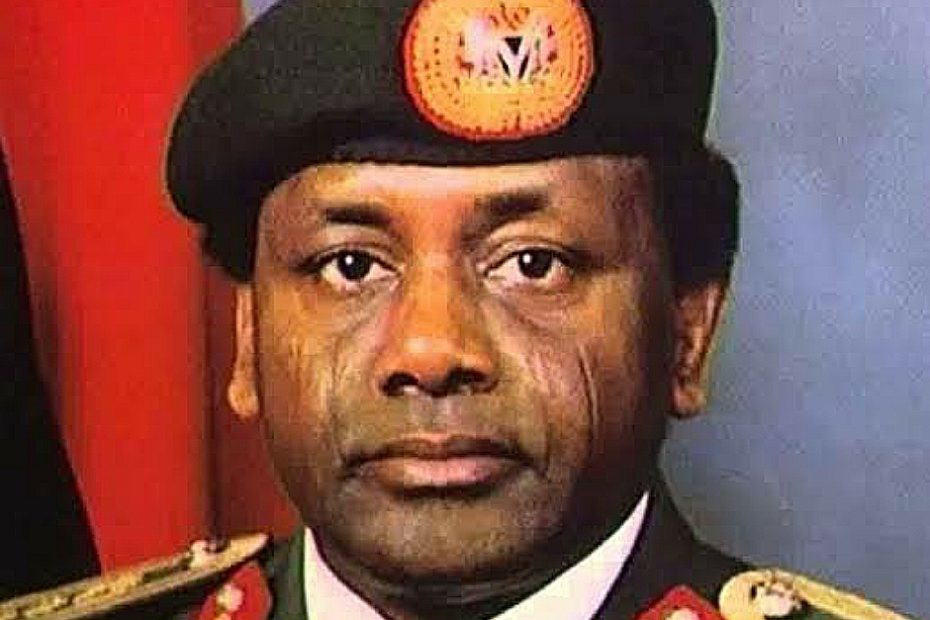 Most Corrupt Politicians in The World: When money talks, which is eventually and unavoidably when a country’s strength and political influence seem to control the land, everyone with a desirable interest would spare their ears to listen very closely. In these conditions, corruption also finds a place to call home. Right now, some of the world’s most dishonest politicians are in office. Powerful people, especially politicians, have abused their positions to gain wealth and influence since the beginning of time.The world’s top anti-corruption group, Transparency International, defines corruption as “the abuse of entrusted power for private gain.”

Recommended: Most Corrupt Countries in Africa and Why

Political corruption is the illegal use of authority for personal benefit by government officials or those connected to them through their networks. Corruption takes many different forms, but some of them include bribery, influence-peddling, lobbying, extortion, parochialism, cronyism, nepotism, and extortion.

Although it is not limited to these operations, corruption can help illegal enterprises including drug trafficking, money laundering, and human trafficking. Political corruption also refers to the abuse of authority by the government, such as the oppression of political opponents and general police brutality.

Top 10 Most Corrupt Politicians/People in The World

1. SUHARTO –FORMER  PRESIDENT OF INDONESIA: Without a doubt, Suharto deserves to be at the top of this list of the most dishonest politicians. From 1967 to 1998, he served as Indonesia’s president. In 1965, he was appointed army chief. He had served in the war of independence. He disapproved of Sukarno’s pro-Chinese policies when he was president. After putting down a coup in 1965, he proceeded to succeed Sukarno in 1967. 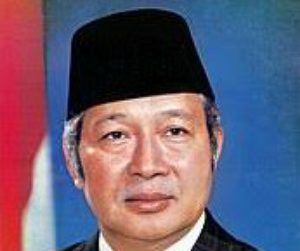 most corrupt person in the world

He was reelected from 1973 to 1998 as a result of the small number of political parties at the time. Suharto and his family were accused of utilizing their position of authority to benefit themselves and their families by taking advantage of charities, misusing funds, and obtaining bribes through various commercial deals.

2. FERDINAND MARCOS: Ferdinand Marcos ruled the Philippines for ten years before being ousted in 1986. Under his leadership, the country’s debt rose from $1 billion to $25 billion. He reportedly stole between $5 billion and $10 billion from the United States. Treasury. He had made all his money illegally, by taking over large private corporations and receiving payments from private companies. But so far, only $4 billion of his wealth has been recovered. He died in Hawaii in 1989, where he was exiled. 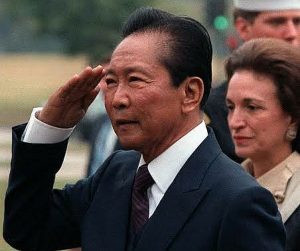 Most Corrupt Politicians Of All Time

3. MOBUTU SESE SEKO: Mobutu Sese Seko served as president of the Congo from 1965 to 1997. While still in office, he changed the name of Congo to Zaire in 1971. Throughout his reign, he made extravagant shopping trips to Paris and was accused of nepotism. According to reports, he took between $4 and $10 billion. 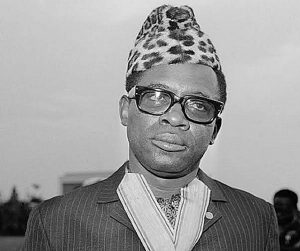 Most Corrupt Leaders in recent History

Inflation and debt problems developed for the nation under his leadership. The major parties opposed him, but he fought any change by employing force. In 1997, he was deposed by rebel forces. He clearly belongs to the elite group of crooked politicians.

4. SLOBODAN MILOSEVIC – FORMER PRESIDENT OF SERBIA AND YUGOSLAVIA: Slobodan served as the president of both Serbia and Yugoslavia and was a fairly well-known political figure. He advanced in politics and took office as Serbia’s president in 1989. He is widely held responsible for the Serbs’ armed aggressiveness because he backed the Serbian army in Bosnia and Croatia. 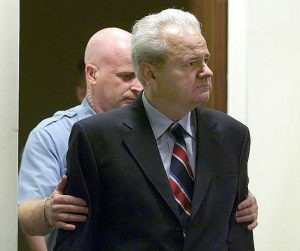 Most Corrupt Politicians in The World

Since he was unable to serve a third term as president, he was forced to become the leader of Yugoslavia. He was brought before the Hague tribunal and charged with bribery and misappropriation of funds in 2001. He passed away, nevertheless, before his protracted trial was over. He is charged with stealing money from the government totaling roughly $3 billion.

Recommended: Most Beautiful Cars in the World 2022

5. SADDAM HUSSEIN –FORMER PRESIDENT OF IRAQ: Saddam Hussein presided over Iraq from July 1979 to April 2003. In 2003, a few hours before the US invasion, he gave the order to transfer $1 billion from the government offices to his personal account. Saddam Hussein may have stolen about $21 billion from the oil for food program, according to recent US investigations. 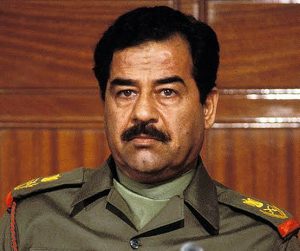 Most Corrupt Leaders In The World

6. SANI ABACHA – FORMER PRESIDENT OF NIGERIA: Sani Abacha was over Nigeria from 1993 to 1998; he and his family are thought to have stolen $5 billion in government assets. Abacha passed away in 1998 while he was a resident of Abuja. 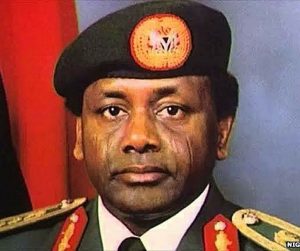 Most Corrupt Politicians In The World 2022

Others think that he was poisoned, while others assert that he had an untimely heart attack. Abacha and his team reportedly gained $458 million illegally, according to the US Department of Justice, which was supposedly frozen in March 2014.

7. JEAN CLAUDE DUVALIER –FORMER  PRESIDENT OF HAITI: Jean Claude Duvalier was Haiti’s leader from 1971 to 1986. He was hailed as a president for life after the passing of his father. His age at the time was just 19 years old. He was under a lot of pressure to rein in his father’s rule from the United States. He then implemented a number of initiatives that apparently appeared to settle things down. 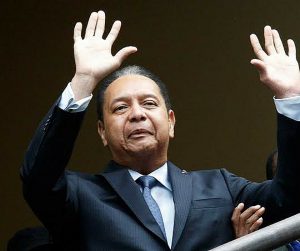 Protests against the government led to the overthrow of his administration in 1986. He was accused of stealing between $300 million and $800 million. He returned to Haiti in 2011, but he was swiftly arrested and punished because of the corruption at the time.

8. ALBERTO FUJIMOR: Alberto Fujimori presided over Peru  from 1990 to 2000. He escaped to Japan when people learned about his misconduct. For embezzlement and another six years for bribery and corruption, Fujimori was given two sentences totaling seven and a half years. He was sentenced to more than 25 years in jail after being found guilty of kidnapping and murder. Japan turned down Peru’s demand for his extradition. 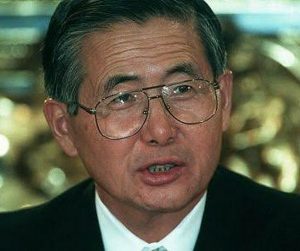 Who is the most corrupt politician in the world?

But he left for Chile at once. Fujimori was returned to Peru when the Chilean government reached an agreement with the Peruvian government.

Also see: Why Democracy is Considered the Best Form of Government

9. JOSEPH ESTRADA – FORMER PRESIDENT OF PHILIPPINES: Joseph is regarded as one of the corruptest politicians in the twenty-first century. He began his career as an actor, but subsequently, by mastering the art of deception, he managed to instill optimism in others. The majority of people didn’t realize that he was crooked before he was president. He is said to have accepted bribes totaling more than $80 million through his corrupt practices.

10. ARNOLDO ALEMAN – FORMER PRESIDENT OF NICARAGUA: Arnoldo Aleman served as Nicaragua’s 81st president. Nevertheless, some people tend to abuse their privileges because they are unaware of the honor and responsibility of the position. One such person was Arnold Aleman, to whom none of this mattered.

Before becoming president, Aleman worked as a lawyer, which alone demonstrates that he was more knowledgeable about the law than the lawman. Nevertheless, you should give him some credit. He had a prosperous legal career to begin with. He later ran for and was elected mayor of Nicaragua before winning the presidency. He rose to become one of the most dishonest politicians to ever hold office. Despite having a successful profession, he was given a 20-year term for embezzling more than $100 million in cash.

These are the ten most dishonest politicians of the twenty-first century. Do you all realize how corrupt and power-hungry they are? These politicians, however, were utterly dishonest and cheated the individuals who needed help the most. They stole from their own citizens in order to better their own lifestyles. No one should ever look up to these dreadful people because they are a shame to humanity.

1 thought on “Most Corrupt Politicians in The World: Top 10”