Most Widely Spoken Languages in the World 2022: Top 12 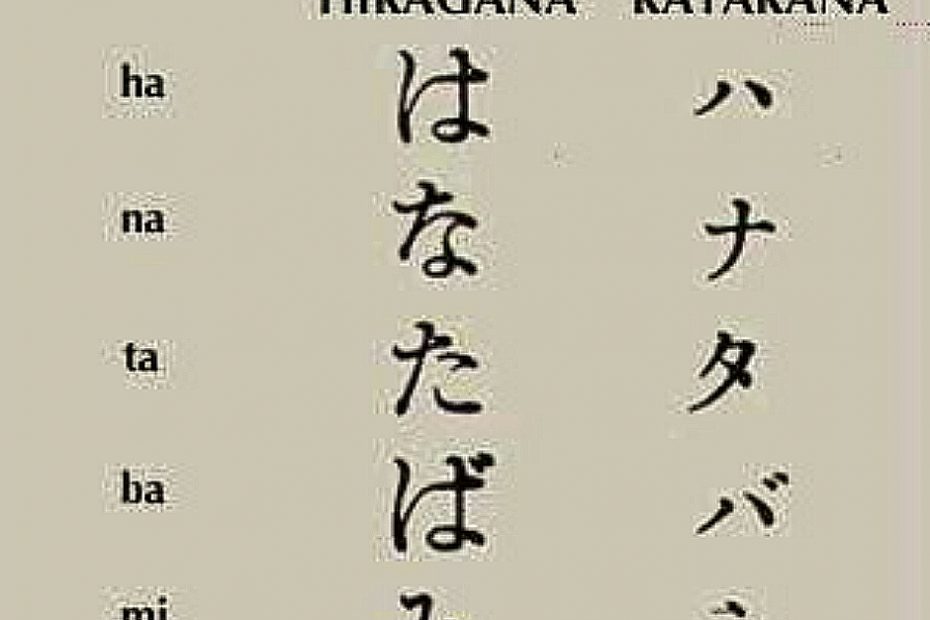 Top 12 Most Spoken Languages in The World: Around 7,117 languages are spoken on the planet. Because it is difficult to master every language, we often speak the language of the place where we are living. People use a common language to communicate with one another daily, and they can only comprehend each other’s spoken language if they speak the same language. 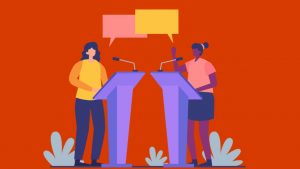 most widely spoken languages in the world

Trade, conquests, colonialism, immigration, and cultural exchanges have all had a role in the spread of languages throughout history. With approximately 1.3 billion speakers, English is the most widely spoken language on the planet. Despite this, English does not have the greatest number of native speakers. It has risen to prominence mostly as a result of its popularity as a foreign language topic. The world’s most popular languages are analysed in terms of native speakers and those who have learnt the language.

RECOMMENDED: Countries with the strongest police force in the world

Top 12 Most Spoken Languages in The World

1. English (1.268 billion speakers): With over 1.268 billion speakers, English is the most widely spoken language on the planet. It is a West Germanic language related to German, Low Saxon, and Frisian. It was initially spoken in early medieval England. Along with English speakers, known as “Anglophones,” it is extensively spoken in parts of South Asia, Africa, and the Caribbean. The English language is spoken as the official language in 67 nations and 27 non-sovereign entities. 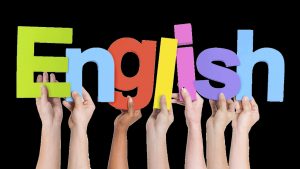 Top 10 Most Spoken Languages in The World

Not only is English extensively spoken throughout the globe, but it is also the official language of the skies, meaning that all pilots must communicate and declare themselves in English.

It is the primary language of international discourse and communication in fields such as transportation, science, and law. Because English is among the most popular languages on the planet, tourists attempt to learn it as a mandatory language so that they can interact with people all around the world. 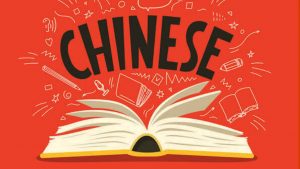 most popular languages in the world

Mandarin Chinese leads in terms of the highest number of native speakers and currently ranks second among the popularly spoken languages in the globe. Mandarin Chinese is the main language of China, Singapore, and Taiwan, as well as one of the United Nations’ functional languages.

Mandarin is a type of language where the meaning of a word can vary depending on how it is said. Hence, it is said to be tonal. It has 50,000 distinct characters, making it one of the most difficult languages to master.

Also see: Roles of political party in a democratic nation

3. Hindi (637.3 million speakers): Hindi is an Indo-Aryan language that has its origin in India, and it is spoken by about 637.3 million people.

best languages in the world and their number of native speakers

Avatar, bandanna, bungalow, guru, jungle, karma, loot, mantra, shampoo, typhoon, Yoga, and more Hindi terms have made their way into the English language. The Hindi alphabet contains separate and independent sounds for each letter. The Hindi language is spoken by a large number of people in India, Nepal, Trinidad and Tobago, Suriname, Guyana, Mauritius, Fiji, and numerous other nations, as well as the United States and the United Kingdom. Varnmala, or the garland of letters, is the Hindi alphabetical table, and the Hindi language has 11 vowels and 33 consonants.

4. Spanish (537.9 million speakers): The Spanish language is a fascinating Romance language that originated in Europe’s Iberian Peninsula and is now primarily spoken in Spain and some parts of America. It has approximately 483 million native speakers, the world’s second most spoken native language.

Furthermore, it is currently the fourth predominant language in the world with 537.9 million speakers. There are 21 nations throughout Europe, Africa, Central, South, and North America that speak Spanish as their official language.

Whilst English and Spanish have acquired several words from each other, such as siesta, tapas, cava, and tortilla, there is a significant difference between the two languages.

Recommended: Best Congratulation messages for your friends and family

5. French (276.6 million speakers): French is an Indo-European Romance language with about 76.8 million native speakers worldwide. The origins of the French language may be traced back to Gaul, especially Northern Gaul. French is the source of over 45 % of English vocabulary, and it is one of the easiest languages to grasp for Speakers of English. 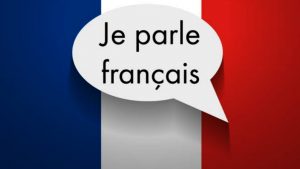 most accepted languages in the world

Belgium, Benin, Burundi, Canada, France, Niger, Switzerland, Togo, and other nations all have French as their official language. Along with English, French is considered a significant language in the diplomatic sphere. French is among the official languages used by many international organisations courts likewise it is recognized by the United Nations, the Red Cross, the European Union, the International Olympic Committee, and others.

Arab traders brought the modern number system to Europeans, and many English terms have Arabic roots, such as alcohol, algebra, algorithm, alkaline, candy, coffee, cotton, ghoul, danger, lemon, and so on.

7. Bengali (265.2 million speakers): Bengali is an Indo-Aryan language spoken mostly by Bengalis in South Asia, primarily in the Indian subcontinent’s eastern regions. The official languages of Bangladesh and Sierra Leone are Bengali and English, respectively.

Although no Bengali speakers reside in Sierra Leone, Bengali is the official language of the country in honour of the Bangladeshi peacekeeping force’s efforts to maintain peace and stability in that country. The International Mother Language Day is inspired by the Bengali language, which was formally recognized by UNESCO on February 21, 1999.

Bengali has evolved for more than 1,300 years, and the Bengali language movement began in 1956, intending to make Bengali Pakistan’s official language. The Bengali language’s grammar is gender-free, which is a fascinating feature. 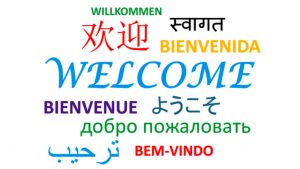 Recommended: Countries with the highest currency in Africa

8. Russian (258.0 million speakers): The Russian language is an Indo-European language belonging to the East Slavic family, and it is the dominant language of Russia, Belarus, Kazakhstan, Kyrgyzstan, and other countries. Eastern Europe, the Baltic nations, the Caucasus, and Central Asia, all use it.

Until the Soviet Union’s collapse on December 26, 1991, Russian was the de facto language of the Soviet Union. Israel and Mongolia are the two countries that speak it the most. It is the most widely spoken native language in Europe, with approximately 144 million native speakers.

Russian is the world’s seventh most widely spoken language, according to native speakers. It is the United Nations’ sixth official language and, after English, the second most widely used language on the internet.

Some English terms, such as knout, Kadet, glasnost, vodka, and so on, are derived from Russian. Foreign astronauts must be able to communicate in Russian in the case of an emergency since emergency instructions are delivered to astronauts in Russian.

Portuguese is, per UNESCO, the world’s fastest-growing European language following English. Embarrassing, cobra, fetish, and other Portuguese terms have been imported into English, and each verb tense has six distinct endings. Hundreds of words in the Portuguese language are derived from Arabic, and Portuguese is spoken by 15% of Uruguay’s population.

10. Indonesian (199.0 million speakers): Indonesian is an Austronesian language that serves as the country’s official language as well as the official language of the Association of South-East Asian Nations (ASEAN). The Indonesian language, along with its standardized form of Malay, did not exist until 1928, and it was solely used for political purposes. Although Indonesian is spoken fluently by over 199.0 million people, only 20 million of them use it as their first language, implying that the majority of Indonesians are multilingual. Indonesian has a straightforward linguistic structure that makes it simple to write, pronounce, and learn. 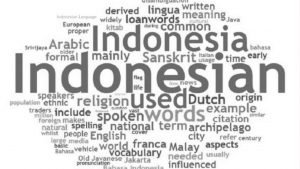 languages with the highest number of native speakers

The Indonesian language has about 43 million native speakers, and the writing system is Latin (Indonesian alphabet) and Indonesian Braille. In Indonesian, there are several terms derived from Sanskrit, Arabic, Dutch, English, and the native language that are widely used. 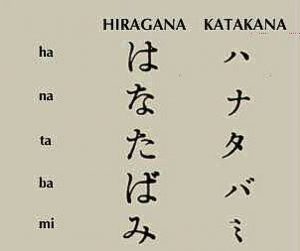 Most spoken language in the world by country

Japanese language began to spread in areas like China and Philippines as a result of the Japanese occupying parts of the countries. Japanese also record over 1.5 million emigrants into Brazil who speak the language there. Over 16% of Hawaii population has their ancestry traceable to Japan and they speak Japanese. So many people across the countries have also learnt Japanese for business purposes. Of course Japanese is not the only language spoken in Japan but it is the most widely spoken. The Standard dialect is Japanese Tokyo amongst several other Japanese dialects.

Also see: Strongest Birds In The World (With Pictures): Top 10 Most Powerful

12. Urdu: Over 70 million people speak Urdu as their first language while over 100 million people speak it as their second language. Urdu is spoken in areas like South Asia, Pakistan, Nepal, India, Bihar, Jharkhand Telangana, National Capital Territory of Delhi, Uttar Pradesh, West Bengal and Andhra Pradesh. Pakistan has Urdu and English as its official language. 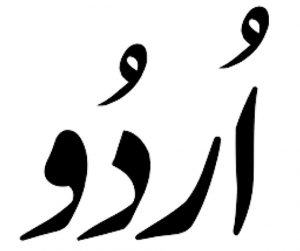 Most spoken language in the world native and non native

In Nepal, Urdu language is registered as a regional dialect. Urdu dialects include Rekhta, Dhakaiya, Deccani and Judeo-Urdu. The writing system of the language takes the form of perso-Arabic which is the Urdu alphabet, Urdu Braille, Roman Urdu and Hebrew. The total population of Urdu speakers in the world is estimated at over 230 million speakers.

This estimate makes up for both those that speak Urdu as their first language and those that speak as their subsidiary language. India alone has up to 60 million Urdu speakers while Pakistan records over 20 million people. Urdu Speakers are also spread all over places like the United Kingdom, Bangladesh, the United States, France, Germany and Saudi Arabia. The language is said to have a striking similarity to Hindi but remains a different language regardless. Urdu is ranked the 10th most spoken languages in the worlds.

Also see: Habits Of Intelligent People You Should Learn

Languages are measures through which communications are made. Regardless of the beauty in the diversified nature of languages, it places some kind of barriers. Today, many countries have adopted means to promote their languages and this contributes to strengthening their global relevance.