Largest Forests In The World (With Pictures): Top 10 Biggest 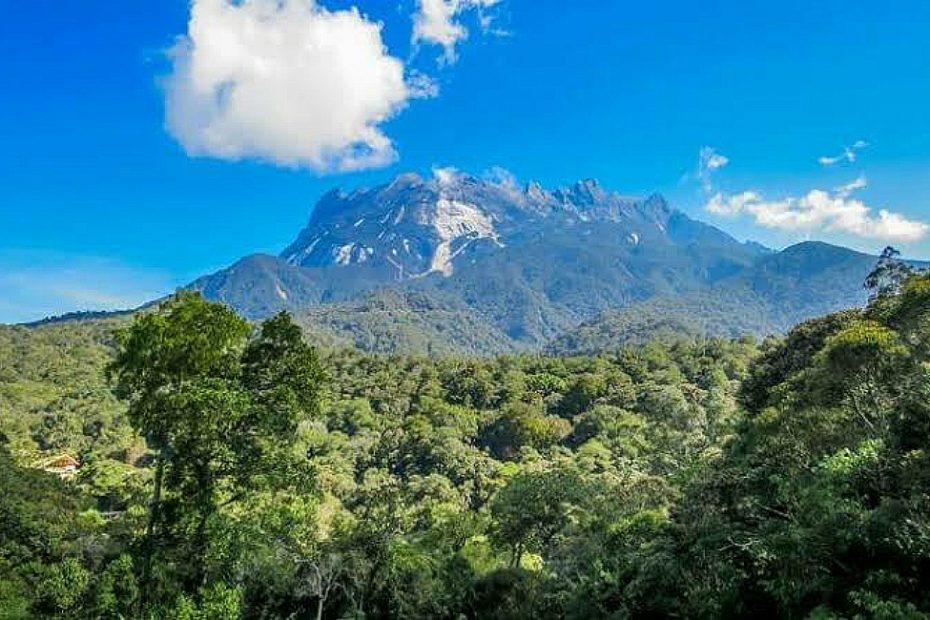 Top 10 Largest Forest In The World: For countless years, forests have improved the health of planet Earth by producing valuable oxygen and magnificent wildlife sanctuaries. They serve as enduring reminders of how lovely our earth can be while assisting in preventing erosion and maintaining animal populations in balance. Without a doubt, forests are essential to human survival. More than half of the world’s species can be found there, and they are also the source of valuable natural resources like freshwater.

Even while forests of all sizes are vital to the sustainability of our world, we occasionally question just how huge they may go. A startling amount of square miles can be covered by the larger woods, which are some of the last remaining areas of pure wildness in the modern world. The world’s largest forests are listed here, along with information about what makes each one special.

Recommended: Fastest breeds of dogs in the world

Top 10 Biggest/Largest Forest In The World

1. AMAZON RAINFOREST, SOUTH AMERICA (6.7 MILLION KM²): The Amazon rainforest, which formerly covered over half of South America, is the biggest rainforest in the world. It once covered Bolivia, Suriname, Ecuador, Peru, Brazil, Colombia, and Venezuela. Daily logging has reduced the Amazon rainforest to a tiny portion of its former size. It is impossible to record an exact range because of how quickly it is vanishing. 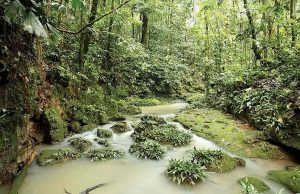 Largest and Most Biodiverse Forests on Earth

The world’s richest and most diversified biological resource, the Amazon Rainforest is home to more than a million distinct species of insects, plants, birds, and other living things. Science has not yet assigned names to many of these species. Rosewood, Brazil nuts, rubber trees, as well as several forms of myrtle, laurel, palm, and acacia trees are a few examples of the countless tree species that make up the lush environment.

2. CONGO RAINFOREST, AFRICA (AREA : 3 MILLION KM²): An important component of the Congo is its rain forest. The Congo, which drains the Congo Basin, a region measuring 3.7 million square kilometers (1.4 million square miles), is the second-largest river on Earth in terms of volume. Rich tropical rainforests and marshes dominate a significant portion of the basin. 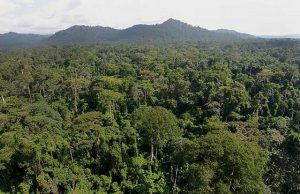 Which is the first largest forest in the world

These ecosystems collectively make up the majority of Central Africa’s rainforest, which, at 178 million hectares (2005), is the second-largest rainforest in the world.The Democratic Republic of the Congo (DRC), Equatorial Guinea, Cameroon, the Central African Republic, and Gabon are the six nations that share the borders of the Congo Rainforest. Over a thousand different bird species live in the Congo Rainforest, along with over ten thousand different animal species.

Another interesting feature about this rainforest is that the Congo Basin is the only place where all three gorilla species—the endangered mountain gorilla, the endemic eastern lowland gorilla, and the lowland gorilla live.

3. VALDIVIAN TEMPERATE RAINFOREST, SOUTH AMERICA (AREA: 248,100 KM²): The third-largest forest in South America’s Neotropical Realm is the Valdivian Temperate Rainforest. The forest is classified as a temperate broadleaf and mixed forest and shares borders with Chile and Argentina. Chusquea quila, nalca, southern pud (the tiniest deer in the world), kodkod (the tiniest cat in South America), and even Copihue, Chile’s national flower, can be found there. The only rainforest that contains glaciers is the Valdivian Rainforest. 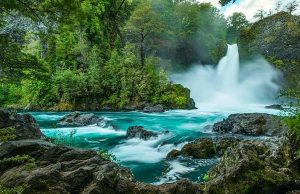 What is the 2nd biggest forest in the world?

The region is well-known for its unusual animal species, 150-foot-tall trees, and indigenous vegetation. It is distinguished by dense understories of ferns, evergreen angiosperm trees, and bamboos.Compared to forests of a comparable type in North America, the forest has more species.

700–800 different species of vascular plants can be found throughout the ecoregion. Endemism at the species level is thought to be 45% for all vertebrates, 76% for amphibians, 50% for freshwater fish, 36% for reptiles, 33% for mammals, and 30% for birds. Among the interesting amphibians are the Vanzolini’s spiny-chest frog and three species that are in grave danger of extinction.

4. TONGASS, NORTH AMERICA (AREA: 68,000 KM²): With 17 million acres, the Tongass National Forest in Southeast Alaska is the biggest U.S. National Forest (26,100 sq mi; 6,800,000 ha; 68,000 km2). Its temperate rain forest covers the majority of its surface and is sufficiently distant to support a large number of uncommon and endangered plant and animal species. 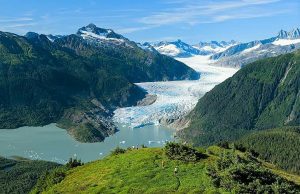 What is the biggest forest in the world?

This breathtaking 17 million acre area is home to a wide variety of wildlife, including endangered bird species like the Marbled Murrelet. More than 75,000 people live and work in the Tongass National Forest, which is made up of islands, mountains, glaciers, etc. Additionally, it is home to the most bald eagles and numerous kinds of brown bears, moose, porpoises, humpback whales, mountain goats, killer whales, sea otters, hair seals, black bears, and wolves.

Recommended: Advantages And Disadvantages of Capitalism

5. RAINFOREST OF XISHUANGBANNA (AREA: 19,223 KM²): With 19,223 km2, the Rainforest of Xishuangbanna in China’s Yunnan Province is one of the continent’s biggest forests. This Rainforest has the only oasis desert on the tropic of cancer on earth, and it is China’s most complete, most typical, and largest tropical rain forest ecosystem. 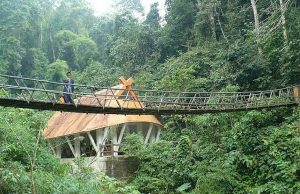 Largest Forest In The World

It is also has the rarest gene pool of rare plants and animals on earth today, where it is regarded as a natural wonder of the planet. It is located in the northern part of the southernmost portion of the tropic of cancer and has a tropical monsoon climate, which is warm and bright all year long but also damp and rainy. To consider that Xishuangbanna’s more than two square kilometers of land is home to 5,000 distinct types of tropical animals and vegetation is amazing.

Important species that live in the Xishuangbanna Rainforest include Asian Elephants, Green Peacocks, and Indo-Chinese Tigers. Based on its vegetation, this particular rainforest can be divided into three different types: tropical montane rainforest, tropical seasonal rainforest, and tropical rainforest.

6. SUNDARBANS: One of the largest mangrove forests in the world, the Sundarbans mangrove forest is located on the Bay of Bengal’s Ganges, Brahmaputra, and Meghna river deltas. Its area is 140,000 acres. It’s a mangrove forest with over 290 bird species, 120 fish species, 42 mammal species, 35 reptile species, and 8 amphibian species living there. It’s situated between the Indian region of West Bengal and the Khulna Division of Bangladesh. 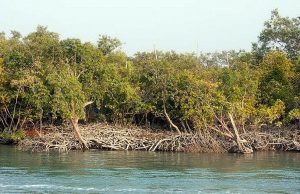 Top 10 Largest Forests In The World

Also see: Importance of agriculture to mam and the society

7. DAINTREE FOREST, AUSTRALIA (AREA: 1,200 KM²): The Daintree Rainforest is located on Australia’s northeastern Queensland coast, north of Mossman and Cairns. The Daintree, which is about 1,200 square kilometers in size, is a part of the largest continuous tropical rainforest on the Australian continent. 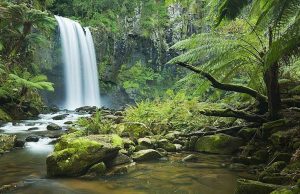 Which forest is the biggest in Africa

With an estimated age of 135 million years, the Daintree Rainforest predates even the Amazon in terms of age and is the oldest living rainforest on earth. It is a breathtaking illustration of nature at its earliest stage. Additionally, the reef and rainforest, both of which are recognized as World Heritage sites, can only be found together in one place on earth in this forest.

The Daintree Rainforest is renowned for its stunning, lush valleys, mountains, and vines that are covered in forest. It is not only one of the biggest forests in the world, but it is also a well-liked tourism destination that draws visitors from all over the world.This particular rainforest habitat is home to 430 bird species, 12,000 insect species, and 30% of the reptile, frog, and marsupial species in Australia. Actually, there are more rare and endangered animal species in the Daintree Rainforest than anywhere else on earth!

8. KINABALU NATIONAL PARK ,(AREA: 754 KM²): One of the world’s largest forests, Kinabalu National Park (also known as Taman Negara Kinabalu), was created in 1964 and is one of Malaysia’s first national parks. Sabah’s Kinabalu Park is dominated by Mount Kinabalu, one of Southeast Asia’s highest summits at 4,095 meters. There are around 4,500 plant and animal species there, including about 326 bird species and 100 mammal species. 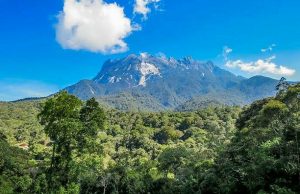 The four varied temperature zones that make up the Kinabalu National Park have given rise to a vast array of vegetation, including montane oak, rhododendron, coniferous woods, alpine meadow plants, and stunted bushes. Two of the region’s indigenous animal species are the Kinabalu Giant Earthworm and the Kinabalu Giant Red Leech.

Also see: Most beautiful beaches in the world

9. SINHARAJA FOREST RESERVE, SRI LANKA (AREA: 111.9 KM²): Sinharaja Forest Reserve, one of the largest forests in the world, was designated a UNESCO Biosphere Reserve and World Heritage Site. It was established in 1978, and the Department of Forest Conservation is in charge of it. It is the last livable area of primary tropical rainforest left in the nation. 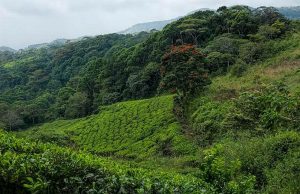 What are the largest rainforests in the world?

The Sinharaja Forest Reserve is located in Sri Lanka’s south-west lowland wet zone. It is made up of 2,772 hectares of proposed forest reserve and 6,092 ha of forest reserve, with a total size of 8,864 ha and an elevation range of 300 to 1,170 meters.There are more than 60% of endemic trees, many of which are uncommon. There is a large amount of endemic wildlife in the reserve, particularly birds, but it is also home to more than 50% of Sri Lanka’s endemic species of animals, butterflies, and insects, as well as rare amphibians, reptiles, and many other kinds of insects.

10. MINDO-NAMBILLO CLOUD FOREST, SOUTH AMERICA (AREA: 86 KM²): The cloud forest of Mindo in South America is one of the largest forests on the planet. In the Mindo-Nambillo Cloud Forest, there are more than 450 different bird species. 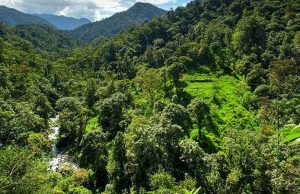 World largest forest in which country

A tribe known as the Yumbo-Nigua depends on these forests for habitat, protection, and sustenance. It is also a noteworthy natural area and one of the most popular tourist destinations in South America. The biological cover of the Mindo forest is composed of more than 4,500 different varieties of orchids, as well as other plant species including cedro trees, aguacatillo, arrayan, and canelo, as well as berries, hill red peppers, and ortiga.

These are the world’s biggest forests. These forests both sequester carbon, the perplexing climate change driver, and supply us with the oxygen we need to breathe. In addition to preserving the water supply for our planet, forests also prevent desertification. Laws should be passed to prevent deforestation because of the advantages that forests provide.