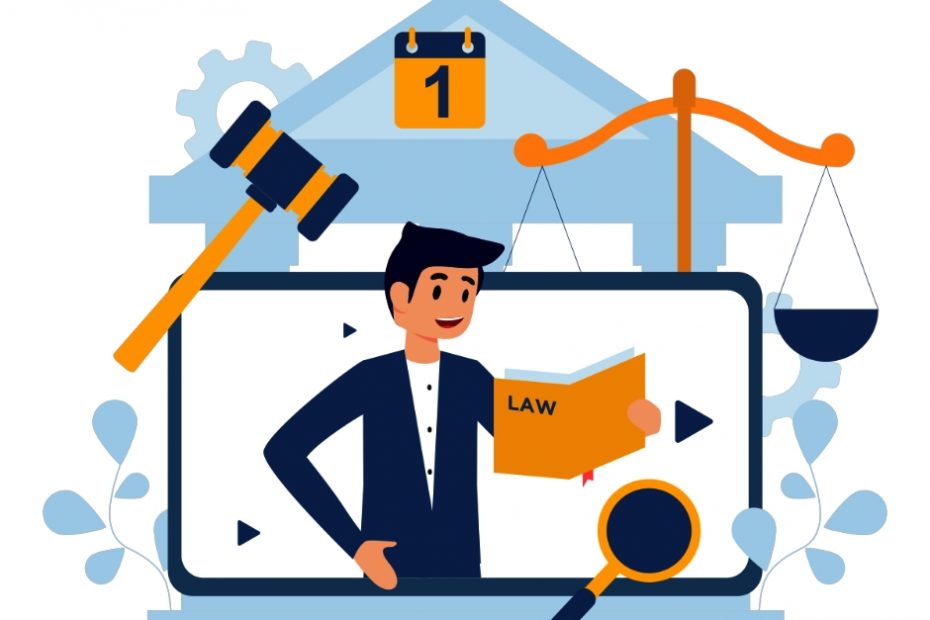 Meaning and Explanation of the rules of interpretation in law: The judiciary is the organ of government vested with the power to settle disputes that arises between individuals, or between individuals and the Government. In the course of exercising this function of settling disputes, the judiciary is tasked with interpreting statutory and constitutional provisions in order to construe the meaning of such statutory provision, and give a sound judgment based on the interpretation of the law as it relates to the facts in issue.

Before I proceed to these methods of judicial interpretation, it’s important that every reader becomes acquainted with what the term rules of interpretation.

Ways of interpretating statute in law

RECOMMENDED: Importance of separation of powers

Meaning of rule of interpretation

Rule of interpretation is the judicial process by which the Court interprets and applies the provisions of a statute, constitutional document, and law in order to determine the intended meaning of such Law or Statutory provision.

For example, where in a case of Rape before the court, the statutory provision states that a child below the age of 12 is incapable of having carnal knowledge. The court in interpreting this section to determine whether the child is guilty or not, could hold that the Section means the age at which the child allegedly committed the offence, and not the age of the child at trial.

The Rules of statutory interpretation

As stated earlier, the judiciary is not only responsible for the settlement of disputes, but also the Interpretation of Law. Atanda Fatayi Williams C.J.N reiterated in the Nigerian case of Awolowo v Shagari that “In most countries with common Law jurisdictions such as Nigeria, it is generally accepted that it is the function of the judiciary to interpret the law with the minimum direction of the legislature as to how they should go about this task. Thus, nearly all the principles and maxims of statutory interpretation are judge made.”

In the light of the above statement, it is clear that the courts are usually not permitted to invite Law makers in order to inquire about the meaning of the provision of a statute, and even if this is possible, most statutes outlive their makers, thus making it impossible to reach the makers for clarifications on the meaning of the statute. 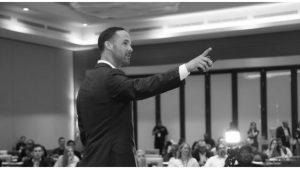 rules of interpretation in law

The Major canons of interpretation are:

This Literal rule is the ordinary, natural, and plain meaning of the words of a statute rule of interpretation. For example, in the case of R V Bangaza, Section 319(2) of the Criminal Code fell before the court for interpretation. That section provides that “Where an offender who in the opinion of the courts has not attained the age of 17 years has been found guilty of murder, such offender shall not be sentenced to death, but shall be ordered to be detained.” The Court in applying the literal rule of interpretation held that the relevant age was the age at the time of conviction, not the time of commission of the offence.

Furthermore, in the case of Nkwocha v Governor of Anambra state, the issue for determination was whether the Governor of Anambra state was the proper authority to exercise the powers or functions vested in the military governor under the provisions of the Land use act of 1978. The court per Kayode Eso JSC, held that the ordinary meaning of the word ‘vested in’ would clearly suggest that the land which was vested by Section 1 of the Land use Act 1978 on the military Governor of a state has now become vested on the civilian Governor of the state.

The rationale for this literal rule of statutory interpretation was expounded by Tindal C.J in the Sussex peerage case, where he said that “The only rule for the construction of acts of parliament is that they should be construed according to the intent of the parliaments which passed the act. If the words of the statute are in themselves precise and unambiguous then no more can be necessary than to expound those words in their natural and ordinary sense, the words themselves alone do as such a case best declare the true intention of the Lawmakers.”

Also read: Test and Validity of Customary Law in Nigeria

2. Golden Rule of Interpretation: Golden rule of interpretation is a rule of construction that where the plain or ordinary meaning of the provision of a statute will result in absurdity, the court should give an implied meaning, as well as interpret such statute slightly different from its plain provision.

The Golden rule of interpretation was formulated by Parke B in the case of Becke v Smith where he said “It is a very useful rule on the construction of a statute to adhere to the ordinary meaning of the words used, and to the grammatical construction unless that is at variance with the intention of the legislature to be collected from the statute itself or leads to any manifest absurdity or repugnancy, in which case the language may be varied or modified so as to avoid such inconvenience, but no further.”

This implies that the Golden rule of interpretation allows for departure from the literal rule when the application of the statutory words in its ordinary state would be repugnant to or inconsistent with some other provisions in the statute or could lead to absurdity. For example, in the case of Council of the university of Ibadan v Adamolekun, the Supreme Court was faced with a jurisdictional issue as to whether it has the power to declare an edict of the Western Nigeria Military Governor void for its inconsistency with a Federal Military Governor’s decree.

Section 6 of the constitution (suspension and modification) decree no 1, 1966 ousted the jurisdiction of the court to entertain any matter as to the validity or otherwise of edicts and decrees in Nigeria. Counsel contended that by the literal rule of interpretation of this section, the Supreme court cannot declare the edict void, but the court held that it could not have been intended by the legislature that an inconsistent and therefore void law will be permitted to co-exist with the superior laws, as this will not only be absurd, but be legally anomalous as well. Thus, the Supreme Court in applying the golden rule of interpretation declared the edict void.

Also, in the case of R v Princewill, the court held that the word ‘marries’ in Section 370 of the Criminal Code was not to be construed as contracting a valid marriage, but as going through  a form of marriage known to or recognized by law. To hold otherwise would have negated the intention of the legislature.

3. Mischief Rule of Interpretation: Mischief rule, also referred to as interpretation by reference to the statutory purpose was formulated by judges in Heydon’s case. Mischief rule is a rule of interpretation which requires the judge to consider some historical facts and background information pertaining to the making of a statute in order to discover the intention of the legislature in making that statute.

In order words, the history of the legislation and the mischief it was designed to prevent must be considered since the purpose of every interpretation is to discover the intention of the legislature from the words used.

The Mischief rule was properly laid in the case of Balogun v Salami, where the court in considering the history of the Registration of Titles Act, said that the ban attending dealings in family land was sale of such land by some members of the family followed by repudiation of the transaction by other members of the family on grounds of absence of the family’s consent. The court held that the purpose of the act was to remove the ban. Thus, it then interpreted the provision in the light of this history.

The court further held that for the sure and true interpretation of all statutes in general, the following four things are to be considered:

What was the common law before the making of the act;

What was the mischief and defect for which the common law did not provide;

What remedy hath the parliament resolved and appointed to cure the decease of the common law;

The true reason of the remedy.

This therefore implies that the mischief rule requires a consideration of the state of the law prior to the enactment of the statute sought to be interpreted, the mischief or defect which the old law did not provide for, which made it necessary to enact the statute sought to be interpreted, and the remedy provided by the parliament in the current law to cure the defect or mischief in the previous law.

Must read: Differences between cross offers and counter offer in contract law

4. Ejusdem Generis rule: The Ejusdem generis rule of interpretation postulates that where particular words of the same class are followed by a general word, the meaning of the general word will be limited to things similar to the class of things earlier enumerated.

For example, in the case of Nasr v Bouari, the Supreme Court had to determine whether premises used partly as a living accommodation and partly as a night club were premises within the meaning of Section 1 of the rent control (Lagos) Amendment Act 1965. The act defined premises as a building of any description occupied or used by persons for living or sleeping or other lawful purpose, as the case may be, whether or not any time it is also occupied or used under any tenancy or as a shop or store.

The case of AG Rivers State v. Federal Inland Revenue Service & Anor is quite instructive on this rule. This case relates to the interpretation of the second schedule of the Constitution vis-a-vis the power of the federal tax collection agency – FIRS to collect tax and the power of the National Assembly to make law for the purpose of VAT, Withholding tax, Technology Tax and Education Tax from businesses operational within a state.

Recommended: Best Countries to study and work as a lawyer

6. Beneficial Construction rule: This rule postulates that where the courts seems to be faced with two possible interpretation for a statutory provision, one having a wider meaning and the other, a narrow meaning, the court should adopt the
wider meaning. This is because the wider meaning is considered to be more beneficial for the development of the law. The case of Savannah Bank v. Ajilo is quite instructive on this rule also.

7. Specific provision overrides General provision: according to this rule, where the court has presented before it two conflicting Interpretations with respect to a statue, one is specific, and the other is general, the court is encouraged to give greater credence to the specific interpretation as opposed to the general interpretation.

Recommended: A day in the life of a lawyer (Discussed)

For example, in the case of Udoh v Orthopedic Hospital Management board, Section 1(a) of the trade disputes amendment decree 47 of 1992 provided for the abatement of pending orders, interim, or interlocutory orders, judgment or a decision of any court other than the National Industrial Court. It was held by the court that this provision did not affect final judgments and appeal there from.

In conclusion, these methods of judicial interpretation are very important as they help curb the vagueness of laws, ambiguity inherent in English language which is the language for the wordings of a statute, as well as aid clarity, and ascertain the true meaning of the words used in a statute in order to dispense justice in an efficient and effective way.

1 thought on “5 Major Rules of Interpretation of Statutes (Explained)”