Countries Where Prostitution is Legal 2022: Top 13 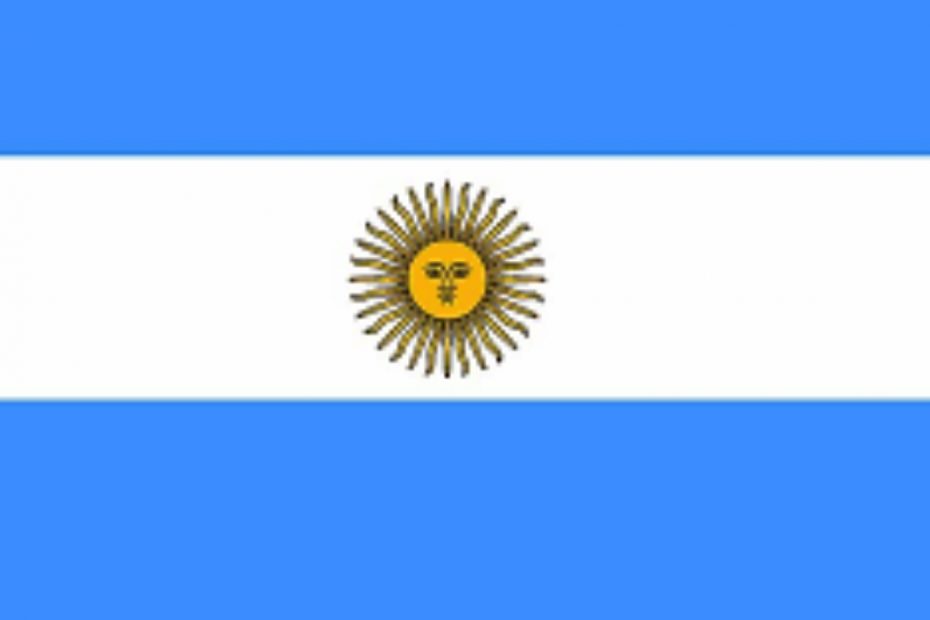 When something is said to be legal, it means that it is expressly allowed by the law of a given state. Prostitution is generally perceived as unpleasant, whether or not is it legal. Prostitution as a career has found it difficult to be accepted into mainstream society. This is because of public policy and public morality; for the fact that it ordinarily is a matter of privacy which involves intimacy. So it has been difficult tolerating people who use sex and sexuality publicly to make a living. Even in countries where prostitution is clearly legal, it is being regulated and taken away from the eyes of the public. 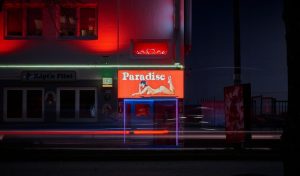 Is prostitution legal in Italy

That is to say, it has always been a matter of privacy. It is believed that two consenting adults should have the right to decide what to do with their bodies, as long as it does not incur the least minimal impact on the public. Some people believe that prostitution can reduce sexual abuses and offences, even unemployment and illegal sex trafficking. Whatever be the justification for prostitution, here are ten countries where prostitution is allowed.

Top 13 Countries Where Prostitution is Legalized and their Policies

Where Is prostitution legal in Canada

2. Costa Rica: Costa Rica is a country in Central America having its capital as San Jose. It is another country where prostitution is legal. In Costa Rica, only prostitution proper is legal; various acts surrounding it are not. Pimping, which is the practice of procuring prostitutes, is illegal. 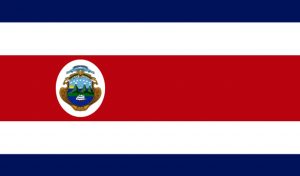 Countries Around The World That Have Legalized Prostitution

Procuring is the act of obtaining a person or luring a person into being a prostitute for another. Opening of brothels is also not allowed. Aside these which are mere honourary regulations, Costa Rica do not only allow prostitution but supports its interest over the general public.

Prostitutes therefore can be registered, they are open to free health checks at intervals, and they also receive support assistance. This is the extent at which prostitution is clearly legal in Costa Rica. Consequently, the country enjoys the problem of child prostitution, sex trafficking and high rate of HIV.

Prostitution Is Legal in Countries Across Europe

This is the extent at which prostitution is widely accepted in Germany. There has never been a legislation criminalizing the act. Prostitutes in Germany are open to formal registration and peculiar social benefits.

4. Colombia: Colombia (the Republic of Colombia) is a South American country with its capital as Bogota. Colombia is another country where prostitution is legal and widely accepted. There is no law criminalizing the act. 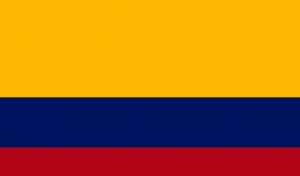 Where is prostitution legal in Europe

In fact, the act of prostitution in Colombia is legally regulated. Only brothels in authorized zones are allowed. sex workers in Colombia are also open to being subjected to health checks. In Colombia however, child prostitution is frowned at. Colombia is faced with the menace of girls and women trafficking for sexual exploitation. 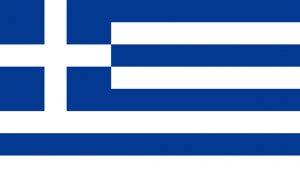 Prostitution Is Legal in Countries Across Europe

Thus, being a child stops at 18. Prostitution is regulated in Greece. Sex workers must therefore be up to eighteen years of age, be unmarried, must be free from sexually transmitted diseases, must not have been an ex-convict of homicide, and must be free from any mental infirmity.

In Greece, sex workers are to be registered and be subjected to medical checks at designated intervals. All the brothels must be licensed by the state. It is a source of revenue for the country. However, pimping (that is, procurement), solicitation and street prostitution are not allowed.

6. Latvia: Latvia is a European country on the Baltic Sea, having its capital as Riga. Latvia is another country where prostitution is not illegal. Selling and buying of sex is allowed, though under certain conditions and regulations. Selling of sex in the public is not allowed, same with any form of public advertisement including internet adverts. 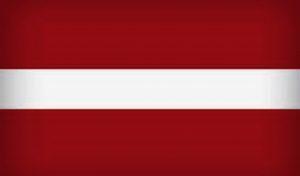 In Latvia, prostitution can only be done in a place owned or lawfully possessed by the sex worker. Prostitution is not allowed some metres close to church and schools. The act must be consensual, and children must not be involved. Sex workers in Latvia are subjected to health checks at given intervals.

7. Bangladesh: Bangladesh is a South Asian country with its capital as Dhaka. It is a Muslim country where prostitution is legal. However, it is overly regulated. Sex workers are required to swear an affidavit stating that their involvement in the practice of prostitution is spontaneous, that is, out of their own free choice.

Countries and Their Prostitution Policies

8. New Zealand: New Zealand is a country in Oceania with its capital as Wellington. In New Zealand, prostitution is not illegal. There exists no law criminalizing sex working. Buying and selling of sex is allowed as much as running brothels. However, child prostitution and procurement of a child into prostitution is strictly prohibited. 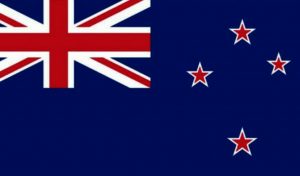 People who are on temporary to the country (that is, people who have temporary visa) are not permitted to so sex work. Forced sex working is expressly prohibited. Sex work in New Zealand is regulated by the Prostitution Reform Act of 2003. In New Zealand, street prostitution and solicitation is not illegal.

9. Austria: Austria is a European country with its capital as Vienna. In Austria, prostitution is legal, though with clear regulations by their penal code. Child prostitution, that is, a person below the age of 18 years, is punishable. Sex workers are by the code, required to be subjected to medical checks. 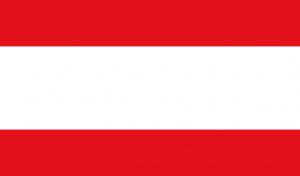 Is prostitution legal in UK

Only licensed brothels can operate. Sex workers in Austria are also subjected to tax payment. Employing another as a sex worker is prohibited. Therefore, prostitutes are required to be self employed in Austria. A sex worker is required to register with the health services, the police and other prescribed authorities.

10. Hungary: Hungary is a European country having its capital as Budapest. Prostitution is legal in Hungary. Prostitution industries have been under government regulation since 1999. They are required to pay taxes, their operating zones are required to be far away from schools and churches, only people above 18 years old are allowed to be sex workers. 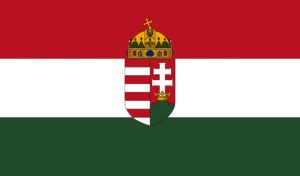 Countries Where Prostitution Is Legal and How It Works

In effect, child prostitution is disallowed. Sex workers are required to be registered and have a permit. One can only solicit in the designated zones. Sex workers in Hungary are subjected to medical checks and inspection. Employment of people as sex workers by implication is illegal as much as procurement and brothel services.

Recommended: Habits Of Unsuccessful People You Should Avoid

Asian countries where prostitution is legal

Advertising one’s own services is permitted but not that of third parties for sex workers. Additionally, it is unlawful to sell sex close to any location where a juvenile (under 18) could ordinarily be anticipated to be, including playgrounds, schools, and other public places. Just a few of the laws clauses are included above.

Also see: Countries With The Best Quality of Life In The World

12. Mexico: In Mexico, prostitution has been decriminalized and is governed at the state level to guarantee that all sex workers are registered, above 18, and subject to regular health examinations. Prostitutes are required to work in their city’s “zona roja,” or red light district, and must always carry their health cards with them.

Where is prostitution legal in Europe

Thirteen of Mexico’s thirty-one states actively regulate prostitution, and they have designated zones where sex workers are permitted to operate that are distant from residential and educational areas. Prostitute “ownership” or “pimping” is against the law, but it nevertheless occurs. A government-funded initiative that aids former prostitutes offers sanctuary to anyone looking for a path out of the industry.

13. Argentina: Prostitution is legal in Argentina as long as the participants are over the age of 18. Trafficking in and out of the country of women and children for prostitution in particular has turned into a concern. 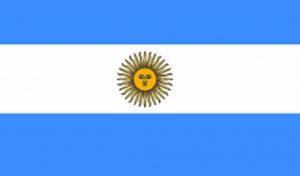 Where is prostitution Most legal?

What is alarming is how others are promoted, helped, and used. Maintaining a brothel, pimping, and human sex trafficking are all examples of forced prostitution that are forbidden.

Recommended: Causes, Effects and Solutions to Brain drain in Africa

Prostitution is clearly an unclean business, otherwise there wouldn’t have been some public minded policies regulating the profession. Some countries are silent as to its legality or otherwise, yet, due to the nature of the business, it is necessary for the position of a country in respect of prostitution to be clearly defined, and better still, regulated. Otherwise, sex workers and the entire public would be more exposed to the resulting risks.