Habits Of Unsuccessful People You Should Avoid: Top 10 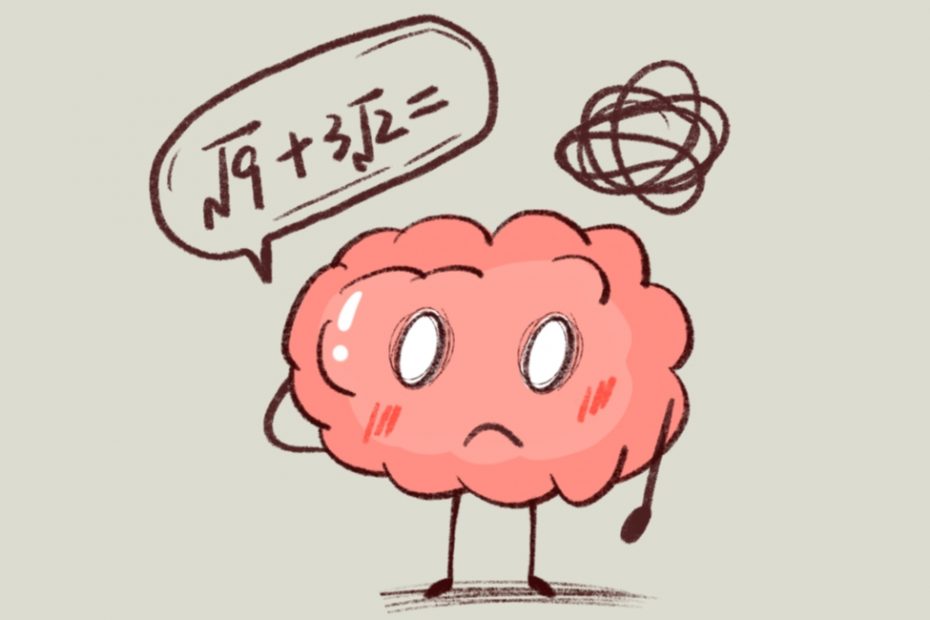 Recommended: Habits of Successful People You Should Learn From

Who Is An Unsuccessful Person?

Being unsuccessful usually stems from habit. From study, there have been a particular set of habits and pattern of behavior evident amongst unsuccessful people. These habits are:

1. Easily Distracted: I always say that “Distraction could lead to destruction”, and this statement is always evident in the life of unsuccessful people. When you take a good look at the patterns of people who are quite unsuccessful, you will notice that they are people who are easily distracted and cannot fully put their minds only on the task at hand. 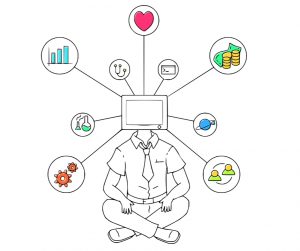 Toxic Things Unsuccessful People Do That You Need To Avoid

Unsuccessful people usually do not have the mind of their own and are easily swayed by things that come their way and these things usually push their progress off track. For instance, a person has a work today, but instead of focusing on the work he or she will be focusing on other unnecessary pleasurable things around them, and this could make the person lose the work and hinder their chances of getting more work.

Notably, unsuccessful people don’t usually finish up most things which they start often because of distractions which come their way and will no longer keep them motivated on the task at hand. They often focus on other priorities. 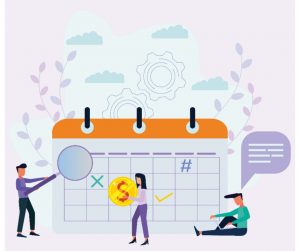 Procrastinating simply means delay an action which you are meant to make and postponing it till a later date. If you study the lives of unsuccessful people, you will notice that they are usually fond of Procrastinating and it is one killer of their progress.

3. Quitting: It is said that “Success is not final, failure is not fatal, and it is the courage to continue that counts”. However, most successful people do not have this courage to continue as they often quit. After experiencing one or two bad responses, they are usually off the hook and no more ready to stay focused, committed and dedicated to what they have been destined to achieve. 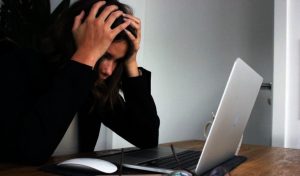 What are the signs of unsuccessful person?

It is said that “failure and rejection are minor speed bumps on the road to success” and “90% of the success is not giving up”. Unfortunately, after one or two unsuccessful trials, unsuccessful people usually tend to quit and give up or sometimes even without trying, they opt out believing that their goals are too difficult to accomplish.

Coco Chanel further added that “Success is most often achieved by those who don’t know that failure is inevitable”, but most people don’t realize this; hence after they encounter three or more failures, they give up on achieving success.

4. Laziness: Achieving success requires hard work. Not matter how much you may want to twist it, there is no easy way to achieving success, there way requires some form of commitment and hard work, but the inability of people to give in hard work is one of the reasons why they are not successful. 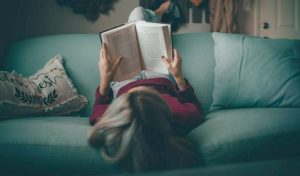 Unsuccessful people are usually exhibit the habit of laziness, which is the unwillingness to work diligently. It is no gainsaying that “If you are not Diligent, you will become indigent” meaning that if you are not diligent to work, you will need up being poor.

Laziness is a major impediment to achieving success. Samantha Saifer-Berngard rightly said that “Success is not easy and it is certainly not for the lazy”. It is nearly impossible to achieve success with the habit of laziness.

5. Giving excuses: One common trait of unsuccessful people is that they always fail take responsibility of their failure; rather they tend to give excuses and blame other people or some other external factors. 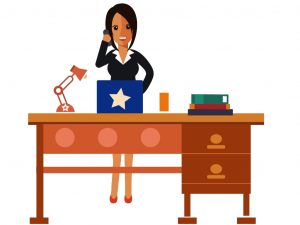 Habits Of Unsuccessful People You Don’t Want To Copy

Also see: Most Developed Countries In the World 2022

6. Jealousy: Jealousy is a common habit of unsuccessful people as they tend to remain unsuccessful and unhappy at the same time. Most at times, you will see them being jealous of someone who is doing well and even trying to help them. 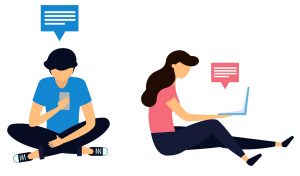 What habits that hinder your success?

Unsuccessful people usually spend more time envying the feats and accomplishment of others, instead of trying to be happy for them, complimenting them, learning from them, and taking responsibility for their own lack of achievement. 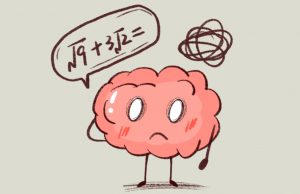 What are the habits of unsuccessful people?

In action, unsuccessful people usually have a negative body language which depicts lack of confidence and they fear too much (they fear failure, fear embarrassments, fear changes) as well act hypocritically; expecting people to live up their own high standards.

In association, unsuccessful people surround themselves with their like minds and instead of talking about ideas; they talk about other people, share negativity about these people and wish to drag other people down. 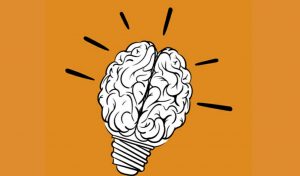 What makes a person unsuccessful?

9. Doesn’t take risks: Unsuccessful people are traditional thinkers and they are too scared to take risk, rather they opt to stay in their comfort zone. 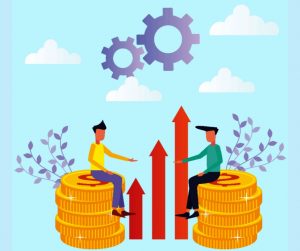 Habits of unsuccessful people and how to tackle them

Unsuccessful people usually do not believe some things are possible and as such they undermine what they are capable of achieving.

Also see: Most Beautiful Islands In The World (With Pictures)

10. Inconsistency: Dwayne Johnson rightly said that “Success isn’t always about greatness, it is about consistency. Consistent hard work leads to success”. Byron Pulsifer further added that “Consistency is one of the biggest factors to accomplishment and success.” Thus, to be successful, we can all agree that you have to be consistent in your trade or whatever you are doing and this trait of Consistency is one thing which distinguishes successful people from unsuccessful people. 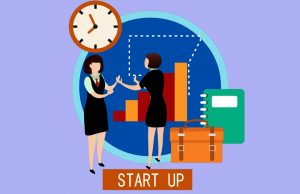 We can all agree with me that these aforementioned habits are evident in the lives of unsuccessful people and you can equally agree that these are bad habits; hence there should be a way. 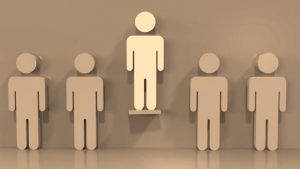 The following are the way out to curb these bad habits:

a. Disciplining yourself is a key to curbing these bad habits. It only takes discipline to wade off distractions.

b. Taking a task at a time. Having too much tasks at a time is one primary cause of procrastination. Thus, to curb the habit of procrastinating, you need to discipline yourself to break down your projects at hand and handle one at a time, immediately after completing one you move to another. Gary Keller quite agreed with my suggestion when he said “It is those who concentrate on but one thing at a time who advance the world”.

c. Setting goals, planning your life, setting time limits to executing your plans and reminding yourself of the need to work hard to achieve your goals is a way to curb the negative habit of laziness.

d. Taking action, putting in hard work, acting wisely, and always being persistent towards achieving your goals will definitely help you to kill off the trait of laziness and inconsistency.

e. Always humble yourself and be willing to learn and listen to people, rather just speak

f. Always be happy for the success of others, and believe your own is next in line. This way you will no longer feel jealous that someone else is progressing and of course you have no chance of progressing.

g. Surround yourself with positivity this is the only way to grow and achieve great success.

h. Finally, you should understand that you came into this world alone, and only you can think and act best for yourself. Thus, you must have a mind of your own.

Recommended: How to Overcome Exam Fear and Anxiety

In conclusion, it is worthy to note that nobody chooses to be unsuccessful, but sadly they just adopt the habits of an unsuccessful person, and this makes them unsuccessful too. Instructively, strictly employing some of the aforementioned way out will definitely help you to kill off these habits and be on your track to success.