Home » Education News » Most Beautiful Islands In The World (With Pictures): Top 10

Most Beautiful Islands In The World (With Pictures): Top 10 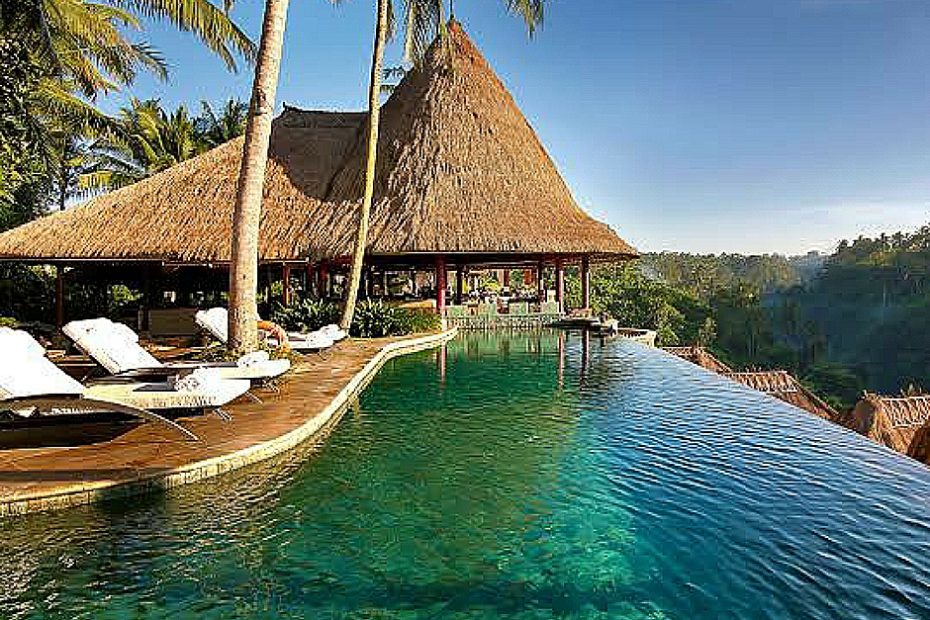 Most Beautiful Islands In The World: The earth is a very vast habitation. It remains the most habitable planet in the universe for man and other living organisms. It is the third planet from the sun with large volume of water. With only 29 percent of the earth surface as land, the remaining 71 percent is covered with surface water. The 29 percent of earth surface area is made up of Islands and continents. An Island is a land surrounded by water body.

Islands are found in many parts of the world regions. With a group of Island been called archipelago, Islands occurs or exists in oceans, rivers, lakes and seas. With most part of the earth surface area covered with water of different mass, it accounts for the existence of Islands as some Islands crop from within large water bodies and result into Islands referred to as Volcanic. The oceans and seas harbor a lot of these types of Islands.

It has been the habit of man to constantly scout and explore new habitats from time to time. The quest to discover and explore new habitats by man is attributed to the limited land space and man’s utmost desire for comfort. One of man’s greatest abilities is the ability to carry out transformative construction wherever they tend to settle. So far, apart from deep sea and extremely unsafe environments, man tries to survive anywhere including Islands.

It must be said that an Island is quite a fancy and can be an interesting sight and place to be. In this article, we will take a look at some of the most beautiful Islands around the world and where they are being located. The criteria for recording an Island is certainly not dependent on the habitation of humans on the Island.

Most often, it is accessed based on the ability of the Island to harbor at least a tree and independent vegetation. While there are over 900 thousand Islands across the world, some Countries has more Islands when compared with their counterparts across the globe (Example is Sweden with about 267, 570 Islands), some Countries has none and some has just one (example is Nauru with just one Island).

Top 10 Most Beautiful Islands in The World With Pictures 2022

1. BORA BORA: Bora Bora is one of the major international tourist destination in France, it is famous for its seaside and offshore attraction and views. The Island is located in the French Polynesia, an overseas collectivity of the French Republic in the Pacific Ocean comprising the Leeward Islands of which Bora Bora is one of the collection. With a total land area of about 30.55 square km (12 square mi), the main Island, located at the northwest of Papeete, is strategically surrounded by a barrier reef and a lagoon. 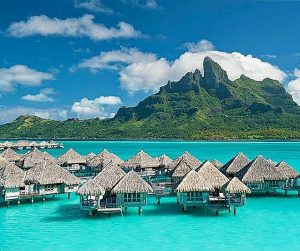 What is the most beautiful Island?

A good look at the center of the Island revealed visible remnants of an extinct volcano, which rose up to two peaks, the Mount Otemau and Mount Pahia; while the peak or highest point, the Otemau Mountain, stands at 727 meters equating 2,385 ft. Bora Bora is known to speak Tahitian and French among its natives and recently developed the speaking of English language as the level of tourism grew in the area, this development was to have a better communication experience and relationship with the tourists. The total population of Bora Bora is at 10,605 and is considered one of the most beautiful Islands in the world.

2. SANTORINI: The Santorini Island is located in the southern Aegean Sea, which is about 200 km (120 miles) southeast from the Greek mainland with over fifteen thousand people living on the Island. It is part of a small circular archipelago and the largest among them. Santorini is part of the Thira regional unit under the administration of the Mayor. 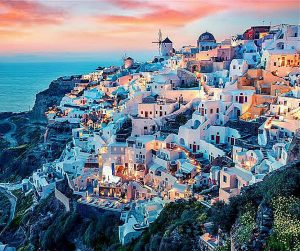 Prettiest Islands in the World

The Island remains a visible site of one of the largest volcanic eruptions ever recorded in history about three thousand years ago. Currently, it forms part of a viable habitat for the residents with much natural vegetation and night life. It is one of the most beautiful Islands in the world.

Also see: Most Beautiful Beaches In The world 2022

3. KAUAI: The second-oldest Islands of the main Hawaiian Islands with an area of 562.3 square miles, totaling about 1,456.4 square kilometers) is one of the largest Islands in the United States, with about 73,298 people living in it, it is largest habitable settlement as Kapa’a, and it is one of the most beautiful Islands in the world located in the only US State outside North America. 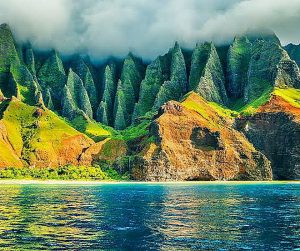 Is Palawan the most beautiful island in the world

4. BALI: The Island of Bali is located East of Java and west of Lombok, with few smaller Islands within the province aside Bali such as the Nusa Ceningam, Nusa Penida as well as Nusa Lembongan Islands. The Bali Island boasts of great tourism attraction and related enterprises which accounts for about 80 percent of its economy. Within the Bali province, the provincial capital being Denpasar is considered the largest city while Bali’s cultural center is the Ubud town of Greater Denpasar. 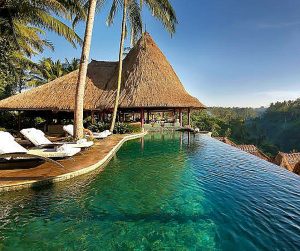 Pictures of the most beautiful Islands

With about four ethnic groups within the Island and about four recognized religions, the main languages recognized in Bali Island are, Indonesian which is an official language since the Island is situated in Indonesia, then the native language which is Balinese, spoken by the natives of Bali, then there is English language which is a foreign language used to relate and do business with foreign visitors. It is one of the most beautiful Islands in the world.

Also see: Female Presidents In The World And Their Countries 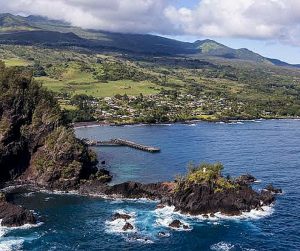 Most Beautiful Islands Around the World 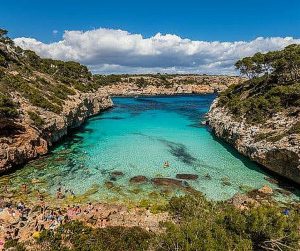 What is the prettiest tropical island?

The Balearic archipelago is made up of about five Islands. The Island has about 896,038 people with Palma, the Capital, as the latest city with about 416,065 people inhabiting there. It is one of the most beautiful Islands in the world.

Also see: Easiest Countries To Invade In The World 2022

7. TAHITI: Another Island in the Society Islands in French Polynesia and the largest the largest Island of the Windward group. With a landmass located close to Australia, Tahiti Island is located in the central part of the Pacific Ocean. 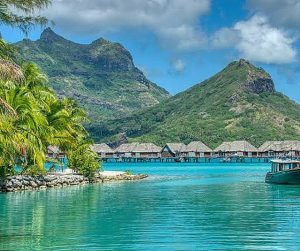 What is the number 1 island in the world?

Having been known to be a creation of volcanic eruption, it has a habitable environment and over 189,517 people resident on the Island. The topography is quite mountainous with coral reef surrounding the Island. It is one of the most beautiful Islands in the world.

8. BORACAY: With just a total of about 10.32 square kilometers which is 3.98 square miles of total land area, Boracay is an Island in Philippines with over thirty-five thousand people living on the Island. It is part of the Visayas archipelago in Western Visayas under the Malay Municipality in Philippines. 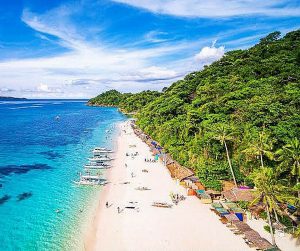 What is the most prettiest island in the world?

Also see: Advantages and Disadvantages of Being Intelligent

9. KO SAMUI: The Ko Samui Island is located at the east coast of Thailand. It is a part of the Chumphon Archipelago in the province of Surat. It has a total population of about 70 thousand and considered one of the most beautiful Islands in the world considering its location and natural landscape and vegetation. 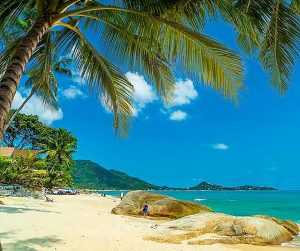 What is the most beautiful island in the world 2022?

10. CAPRI: The Island is located in Italy at the Tyrrhenian Sea with over twelve thousand nine- hundred people residing in the Island which is considered to be off the Sorrento Peninsula, on the south side of the Gulf of Naples. It remains one of the most beautiful Islands in the world. 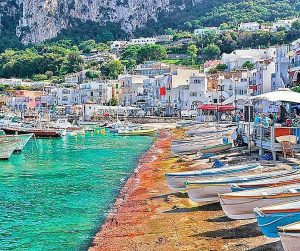 Most Beautiful Islands In The World currently

In conclusion, Islands are part of the most preferred places to reside, however, live on the Island are practically not as it is on the main land. It is usually fanciful and affords an amazing connection with nature. It is a good place to visit often for tourism.