Home » Scholarly Articles » Female Presidents In The World And Their Countries 2023: Top 12

Female Presidents In The World And Their Countries 2023: Top 12 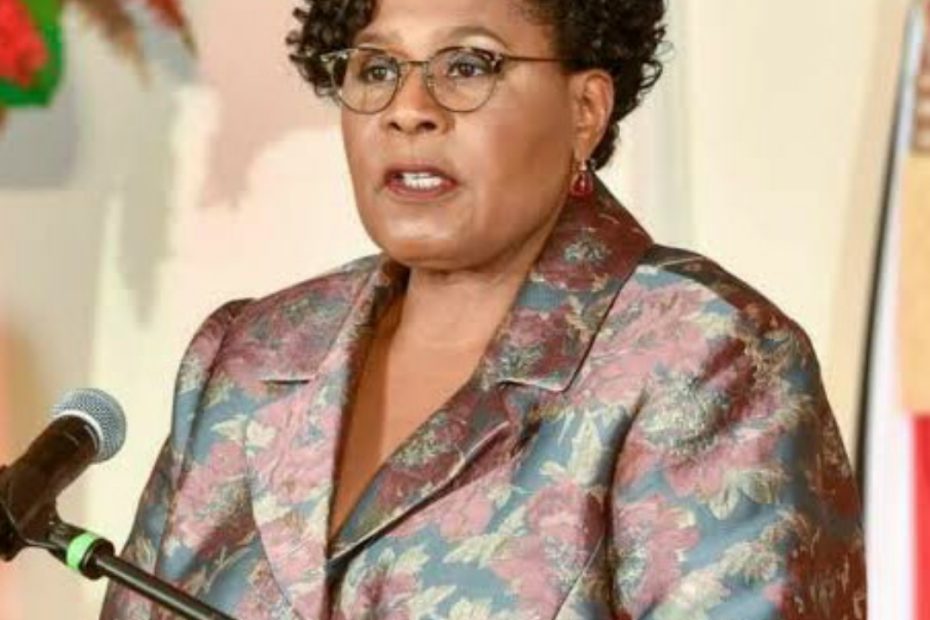 Female Presidents In The World And Their Countries: What a man can do a woman can do better, stems from the perceived informal stereotype on some areas of endeavors. There seem to be the existence of a natural law that apportions roles and responsibilities to genders. We came to learn and understand these natural laws that are not codified anywhere in the world yet holds a level of relevance amongst human interactions. There are so many areas of interests and human endeavors which are quite lucrative and some other time, might not be as lucrative.

In our current dispensation which is the twenty-first century, these unwritten laws holds sway in our polity. The new ideology is that all men are created equal and therefore has equal right to compete favorably like anyone else and be given the same opportunity as would be given to anyone else. There are so many professional careers that has been extant but before we discuss the modern careers, let’s take a look at the traditional careers and how gender affected roles and who could venture into such traditional careers in the early days. Back in the days of our forefathers, some of the well-known professions are farming, trading in palm produce and food items, community politics, age grade politics and others. As it were, some of these endeavors mentioned goes a long way in determining the gender that participates in them.

For Instance, when we talk about farming, women were not allowed to own and cultivate lands in their names or own economic trees. Such is exclusive to the male gender, the men are entitled to own lands or acquire such land on lease or mortgage or in trust and then cultivate such lands, plough the fields and harvest the produce as well as economic trees and their produce. It was awkward seeing a woman playing such role like cultivating or tilling the soil. The only role that women could participate in was to assist their men to weed the grass and transport the farm produce back the house and they were actually the ones that their men allow to trade these farm produce that was harvested. So there were clear unwritten rules adhered to by both genders when it comes to farming.

Another important aspect of the early days affected by gender was politics. Be it the general community politics or within a clan or kindred. Women were excluded from participating in the political affairs of the society, they only get information about politics from their men when they return to the house, the women do not contest election or participate in the selection process, it was considered some sort of disrespect to both the men and the gods of the land. So women are strictly forbidden from taking active roles or part in the political affairs when the men are around, it is the men that handle it.

Another very important role influenced greatly by gender was cooking. It was never accepted for men to indulge themselves in the act of cooking when the women are there. It is a sign of weakness for any man that is spotted doing so. He is considered as being less of a man by the public (men and women alike). It was largely beloved that it was an exclusive responsibility for the women and has nothing to do with the male folks.

Fast forward to the present day, most of these duties has been relaxed to fit both genders. Something like cooking and farming are no longer the exclusive of any particular gender. When it comes to political participation, the philosophy seem to be controversial. Just as mentioned above, some of these ideologies are not codified and so it has always been based on common general belief. In recent time, with the advent of technology, a lot of new career opportunities sprang up and some of this careers has been affected by gender.

Professions such as Engineering, architecture, the legal profession, driving, politics and many others has been gender sensitive over the years. However, as a result of civilization and sensitization of the need to do away with discrimination of all sort and the call for equally opportunities and participation for both genders, these endeavors seem to have witnessed a turn from the old ideology.

Notwithstanding the new ideology and sensitization going on, the inclusiveness still tend to prove some sort of difficulty for the gender trying to be incorporated into it. For example, in recent times, woman has been seen to contest political positions. Based on the new trend, the question now would be, how favorable has the inclusiveness afforded the opposite gender?

Being a woman in politics and or vying for elective position comes with extra hurdle, however, despite the hurdle of trying to participate in a role formally exclusive to a particular gender, a lot of people has shown great dexterity and perseverance and has overtime proven that they can actually achieve. In this article, we will be looking at some of these people that has beaten the odds to take up roles formally believed to be the exclusive of the opposite gender.

Top 12 Female Presidents In The World And Their Countries

1. BARBADOS- SANDRA MASON: Dame Sandra Prunella Mason FB GCMG DA QC was elected as the first female president of Barbados from November 30th 2021 when the country rescinded from being a constitutional monarchy to become a republic. She was born on the 17th January 1949. She was the former governor-general of the country between 2018 and 2021 before becoming the president. She qualified Barbados as one of the few Countries with a female President in the world. 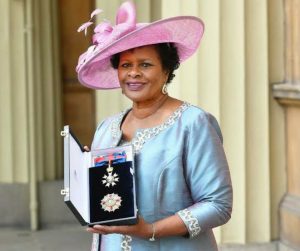 2. SLOVAKIA- ZUZANA ČAPUTOVÁ: At the age of 45, Zuzana Čaputová, MPTP a politician, environmental activist and lawyer became first female president and the youngest to hold the position at such age. Born on the 21st June 1973, she became the fifth President of Slovakia and automatically makes the country one of the countries with a female President in the world. 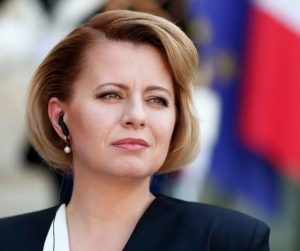 Countries that have never had a female leader

Also see: Most Powerful People In The World Currently

3. CHINA- TSAI ING-WEN: Tsai Ing-wen is an academician and politician based in Taiwan. Being a member of the Democratic Progressive Party (DPP) in Taiwan and was made incumbent president of the Republic of China since 2016. She was born on the 31st of August 1956. The country is recognized as being one of the few Countries with a female President in the world. 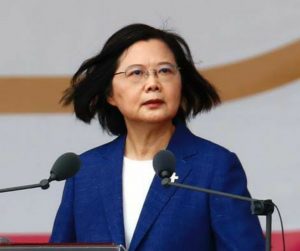 4. NEPAL- BIDHYA DEVI BHANDARI: The first female President of Nepal Bidya Devi Bhandari is a Nepalese born politician who was a former minister of Defense and minister of environment and population. Born in June 1961. The Nepalese remains one of the well-known Countries with a female President in the world. 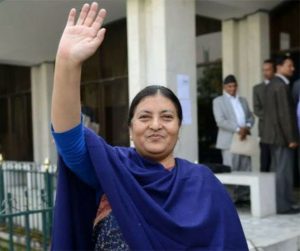 Also see: Easiest Countries To Invade In The World

5. HONDURAS- XIOMARA CASTRO: Iris Xiomara Castro Sarmiento became the first female President of the country from January 2022 after serving as Vice president to her husband Manuel Zelaya. She was born in September 1959 and has given the country the prestigious appellation of being one of the countries with a female president in the world. 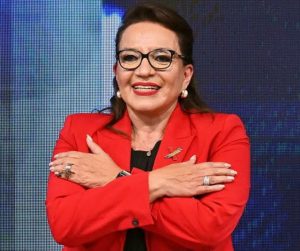 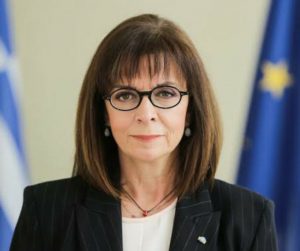 List of elected and appointed female heads of state and government

Also see: Countries with the weakest military in the world

7. GIORGIA-SALOME ZOURABICHVILI: Salome Zourabichvili is the 5th President of Giorgia and a former Giorgian diplomat. Born in 1952, the politician will be in power for six years. She remains one of the prominent female leaders in the world and that has staged the country as one of the countries in the world with a female President. 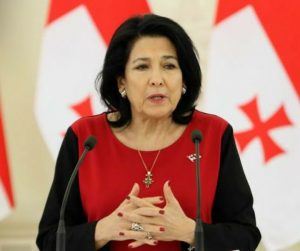 8. ETHIOPIA- SAHLE-WORK ZEWDE: The former Head of the United Nations Office to the African Union was born in February 1950, a former diplomat and first female president of Ethiopia who was voted in by a unanimous vote of the Federal Parliamentary Assembly to assume the highest executive position in the country on 25th of October 2018. She is the current Ethiopian President and so making Ethiopia one of the countries with a female president in Africa and the world. 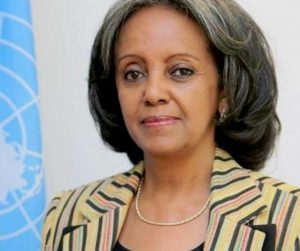 9. SINGAPORE- HALIMAH YACOB: The former Lawyer and Singapore based politician assumed office as the 8th Singapore President in 2017. Halimah Yacob who was born on the 23rd August 1954. She assumed the position as the first female President of Singapore after serving as Speaker in the Country’s Parliament. Singapore is one of the few Countries with a female President in the world. 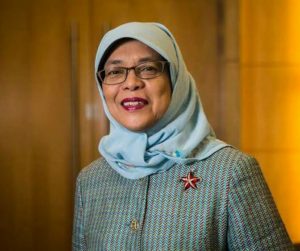 Who is the world’s first female president?

10. KOSOVO- VJOSA OSMANI: The Kosovo politician and Jurist assumed office as the 5th President of Kosovo and the first female to assume the position from 2021. KOSOVO- remains one of the few Countries in the world with female President. 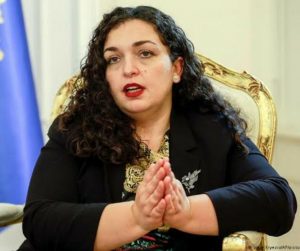 Which country has woman president? 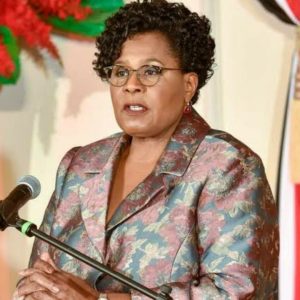 In 1958, on December 23, Weekes was born. She is the second female head of state of Trinidad and Tobago after Elizabeth II, the first female president of that nation, and the second female leader of African heritage in the Americas.

Also see: Richest Musicians In Nigeria And Their Networth

12. Maia Sandu of Moldova: Maia Sandu is in charge of Moldova, a landlocked nation in Eastern Europe. As of December 24, 2020, she was still in office. 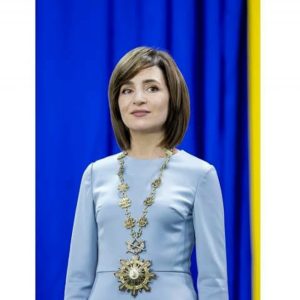 First female president in the world

24 May 1972 saw the birth of Maia Sandu. She served as prime minister of Moldova from 8 June 2019 to 14 November 2019. On November 12, 2019, Sandu’s administration collapsed following a vote of no confidence. She is Moldova’s first female president.

Recommended: Most Secure Buildings in the World (With Pictures)

Conclusively, it is a new trend and a welcome development to have a shift in the paradigm, it is a clear manifestation of gender inclusiveness and acceptance. It also portrays a shift from the conventional gender stereotypes and gender roles.