Most Expensive Books In The World 2023: Top 12 Costliest 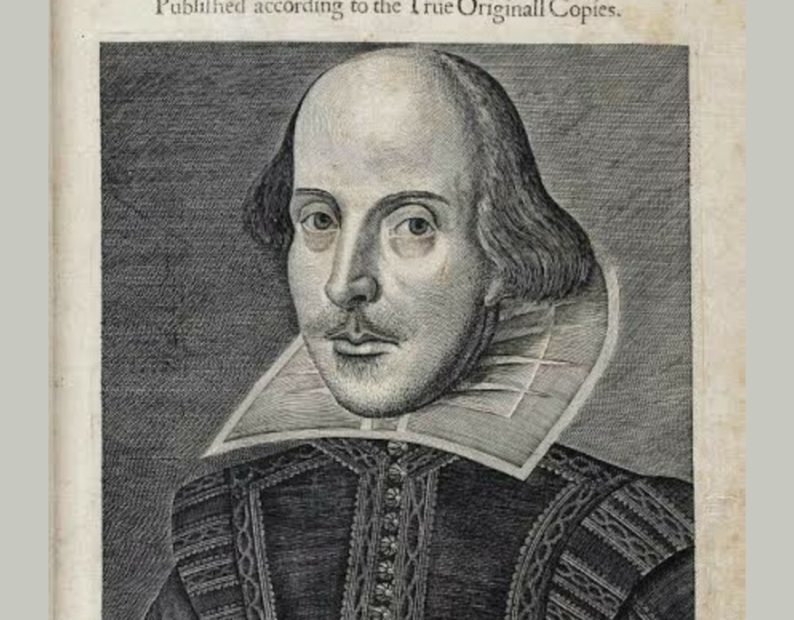 Most Expensive Books in the World: The most valuable books in the world at the moment maybe hundreds of years old, yet their worth appears to increase over time. They appear to be like a fine wine that improves with age. Birds of America by John James Audubon has sold multiple copies at record prices, with the greatest exceeding $11 million, and there are several additional volumes with even higher price tags.

Consider acquiring one of these world’s most costly books to put on your shelves if you find yourself with a huge quantity of money but don’t know what to do with it. You may return to your library at a later time to go through it. Who knows, maybe you have something important in your hands that will make you a fortune overnight. The most expensive books ever sold, as well as their prices, have been listed in this article.

Top 12 Most Expensive & Costly Books In The World

1. The Bay Psalm Book: If you’ve ever wondered what the first book published in the United States was called, it was the Bay Psalm Book, a Christian work originally published in 1640. The book was initially possessed by the Old South Church in Boston, Massachusetts, before being acquired by American millionaire industrialist David Rubenstein 20 years after the Pilgrims arrived in Plymouth, Massachusetts. The Bay Psalm Book is a metrical psalter that contains metrical translations of the Book of Psalms intended to be sung as hymns in a church. 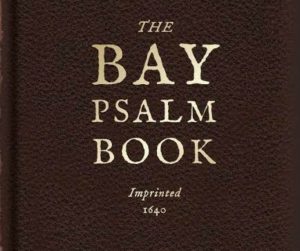 The Rarest, Most Expensive Books and Manuscripts in the World

The Bay Psalm Book has gone through several versions and continues to be helpful after all these years. There are only around eleven copies of the original edition left in the world, one of which was sold in November 2013. At the auction, the historical item established a record by selling for $14.2 million. Long before that, in 1947, a copy of the book was auctioned at the Parke-Bernet Galleries in Manhattan and sold for $151,000, a record price at the time.

$14.165 million was the original purchase price.

Recommended: How to study for long with sleeping 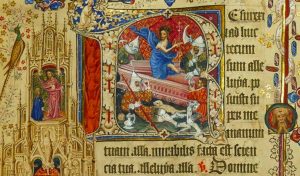 Most Expensive Books You Can Buy on the Internet

This copy dates around 1500-20 and is made up of 254 folios, each measuring 228 mm by 160 mm. After being purchased in a 1999 auction sale that established a world record for an illuminated manuscript, the book was housed in the Austrian National Library in Vienna as Codex Vindobonensis S.N. 2844. After being purchased at Christie’s auction in New York by Australian businessman Kerry Stokes, this book of hours is currently on exhibit in the National Library of Australia.

$13.6 million was the original price.

3. Birds of America: The Birds of America was first published in 1827 and was written and drawn by John James Audubon. The Birds of America was the initial title of the book, which was trimmed to what we know today after original illustrations by John James Audubon. The book, written by a naturalist and painter, features several types of birds seen in the United States, however, the author did not personally gather all of the species contained on the 435 pages. Some of the specimens were gathered by John Kirk Townsend on an expedition in 1834, and he assisted him. 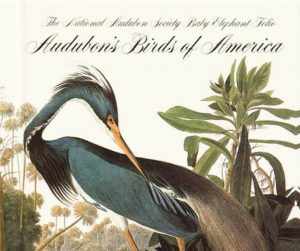 These Are Some Of The World’s Most Expensive Books

Joseph Mason, Audubon’s helper, provided several paintings of the plant environment around the birds to the project. Many of the birds shown in the book have now been extinct, making it a significant record of their previous existence. The Eskimo curlew is a probable inclusion to the book, along with the Carolina parakeet, passenger pigeon, Labrador duck, great auk, and pinnated grouse. One of the 120 full copies of The Birds of America is known to survive, and it was once owned by Henry Witham until being acquired by London art dealer Michael Tollemache on December 6, 2010.

At Christie’s in New York, an American collector acquired a copy of Heirs of the Fourth Duke of Portland for $7.9 million, making it the book’s most expensive transaction. There are 120 copies of The Birds of America in existence, with 107 in the hands of institutions and 13 in the hands of individual collectors.

The initial asking price was $11.5 million.

Recommended: How to study physics and understand effectively

4. Magna Carta: The Magna Carta often called the Magna Carta Libertatum or Great Charter of Freedoms was first published in 1215 and is still in use today. The royal charter was produced by Archbishop of Canterbury Stephen Langton in an attempt to bring the monarch and certain rebels closer together.

The charter was not enacted during King John’s reign, but his son Henry III brought it up again in 1216, and with some changes, it was included in the peace treaty that followed the war in 1217.

Magna Carta is still revered as a symbol of liberty in many areas of the world. There are currently four illustrations of this document available. The British Library has two copies, and the other two are at Lincoln Castle and Salisbury Cathedral, respectively.

The initial asking price was $11.5 million. 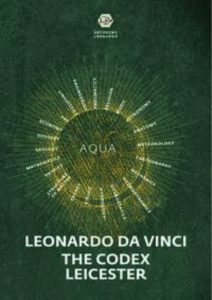 Most Expensive Books & Manuscripts Ever Sold

Codex Leicester is 72 pages long and contains speculations and hypotheses about a variety of topics, such as fossils, water flow, and the origins of the moon’s brightness. Before becoming Earl of Leicester, Thomas Coke, 1st Earl of Leicester, acquired the painting in 1719, inspiring the name.

6. Sherburne Missal: The Sherburne Missal, which dates from the early 15th century, is still in fine form today. The book is an illuminated missal in English that is often regarded as the most beautiful of its kind to come from the Middle Ages. Between 1399 and 1407, the missal was used in Sherburne Abbey in Dorset, England. Robert Brunings, Abbot of the Abbey of St Mary in Sherburne, commissioned the book during the time. 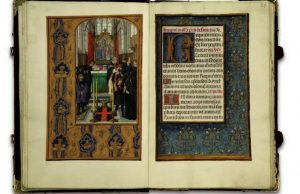 What are some of the most expensive books ever sold

The book’s writer is a Benedictine monk named John What, and the illumination was done by a number of persons, including a Dominican friar named John Shiferaw. Cormorants, moorhens, European robins, and gannets, among other British birds, are depicted in the pictures. The Sherburne Missal was purchased by the British Library in 2001 after being formerly held by art aficionado Ralph Percy, 12th Duke of Northumberland.

The original cost of the Sherburne Missal: $21.21 million

7. The Book of Mormon: The printer’s manuscript of the Latter-Day Saint movement’s sacred scripture is reportedly one of the costliest books in the world. It is said to include the writings of ancient prophets who lived between 2200 BC and 421 AD. The manuscript was originally published in 1830 by Joseph Smith, the founder of the Latter-Day Saint Church, who titled it The Book of Mormon: An Account Written by Mormon’s Hand on Plates Taken from Nephi’s Plates. 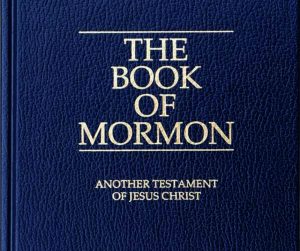 Most expensive book in the world 2022

The book has been published in over 150 million copies and has been translated into 112 languages. The Church of Jesus Christ of Latter-day Saints did, however, acquire a copy of the original text. Oliver Cowdery created it, but David Whitmer was the original owner.

$35 million was the original asking price.

Recommended: How to approach a girl you like in school

8. Gutenberg Bible: In 1987, Christie’s New York reported the sale of a copy of the Gutenberg Bible for $4.9 million. This is expected given that the work is often regarded as one of the most influential novels in the world. It was also the first book to print using movable metal type. In Europe, the first printing of the book took place in 1455, marking the beginning of the Gutenberg Revolution. 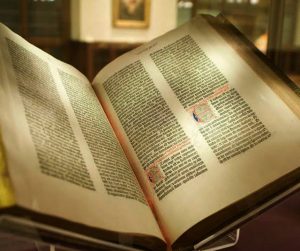 Rarest books in the world

Original price of the Gutenberg Bible: $14.34

Recommended: Most Powerful People In The World 2022 (With Pictures)

9. MR. WILLIAM SHAKESPEARE’S COMEDIES, HISTORIES & TRAGEDIES (FIRST FOLIO): Sold at an auction price of about US$10 million the published in 1623 and written by William Shakespeare. One of the most influential books ever published is commonly referred to as Folio by modern scholars. 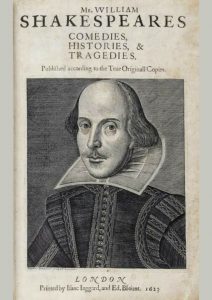 It is one of the most expensive books in the world and ever sold.

Also see: Easiest Countries To Invade In The World 2022

10. THE TALES OF BEEDLE THE BARD: Written by J. K. Rowling as story book for children, it was auctioned in 2007. It was a raw handwritten script originally produced in a very limited edition of about seven copies intended to be sold at the price of US$77 Million however, it was eventually sold at US$3 Million. 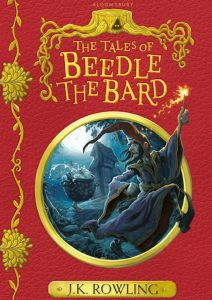 It was published by Children’s High Level Group in association with Bloomsbury Publishing PLC and recorded as one of the most expensive books in history.

Following a successful fundraising effort, the British Library in London paid $14 million for the oldest intact European book in 2012. St. Cuthbert, who wrote and owned the gospel, died in 687 and was buried alongside it. The gospel was discovered after Cuthbert’s remains were moved from the cemetery to a shrine in 1104, and for a period it was occasionally employed as a protective talisman. 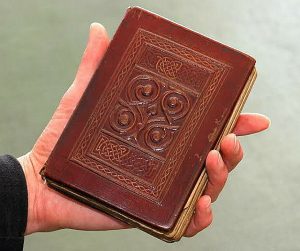 Most valuable books of the 21st century

The book was privately held by the early 17th century until it was given to a Jesuit colony in Belgium, where it stayed for 250 years. The book is approximately 1,300 years old. However, it is in very good condition, still has its binding, and has a magnificent red cover. Its inflation-adjusted price is at $17.1 million.

12. The Gospels of Henry the Lion

An illustrated Romanesque book from the late 12th century called The Gospels of Henry the Lion was auctioned for $11.7 million in 1983. It formerly held the title of the most expensive book of all time.
The manuscript, which was created long before the invention of the printing press, is regarded as a masterpiece since it was meticulously penned and beautifully decorated with more than fifty Romanesque representations of the four gospels of Christ. 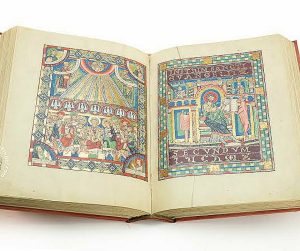 What is the highest price ever paid for a book?

Germany’s establishment was greatly influenced by King Henry the Lion, and the bidders, who included the German federal government and private benefactors, pooled their money to purchase this book. It is only on display in Wolfenbüttel’s Herzog August Library for six weeks each year. Its inflation-adjusted price is at $33 million.

The most valuable books in the world at the present, like those stated at the beginning of this article, maybe hundreds of years old, yet their value appears to rise over time. The majority of the books on this list are highly uncommon, but several are also extremely important historical records, which explains their high value.