Home » Scholarly Articles » Most Powerful People In The World 2022 (With Pictures): Top 8

Most Powerful People In The World 2022 (With Pictures): Top 8 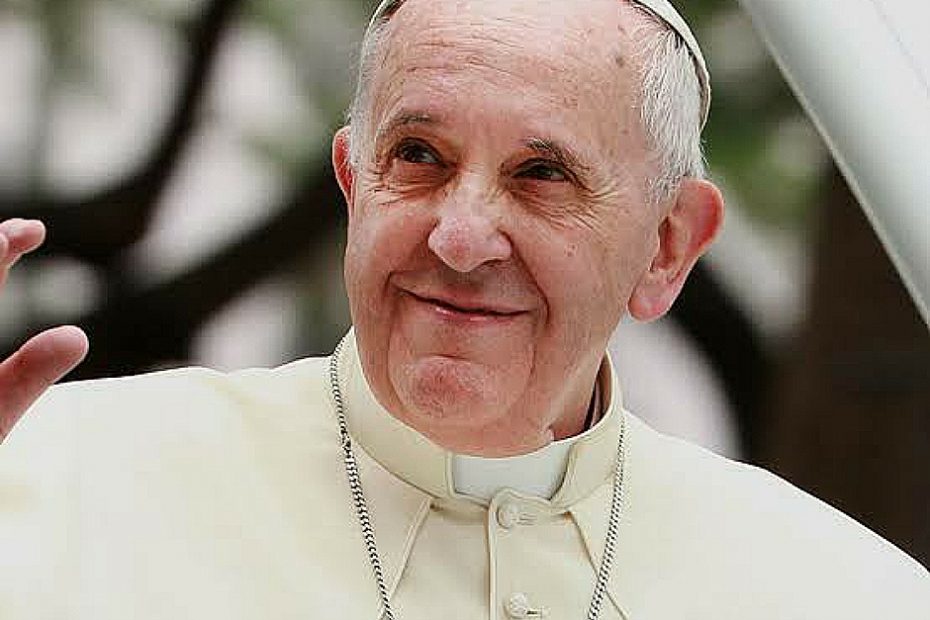 Most Powerful People In The World: The factors that make one powerful in the globe include one’s economic, political and leadership influence. It is considered by one’s relevance, impact and dominance across the globe. Forbes has consistently updates its list of the most powerful people in the word and an interesting fact is that almost the same set of people continues to get reshuffled on the list.

Thus, certain figures have made it to Forbes list of the most powerful persons in the world for over seven times. Checking out the list, certain things are common which are the exertion of influence and its recognition and acknowledgment all over the world.

Recommended: Most Famous People in the world 2022

Top 8 Most Influential/Powerful People In The World 2022

Below is a list of the most powerful people in the world:

1. Angela Dorothea Merkel: Angela Dorothea is considered the most powerful woman in the world. Angela Merkel is a politician, although she has retired from politics. She was formerly the Chancellor of Germany from the year 2005-2021 e under the political party, Christian Democratic Union of Germany. Angela was born on 17th July, 1954 in Hamburg, Germany. 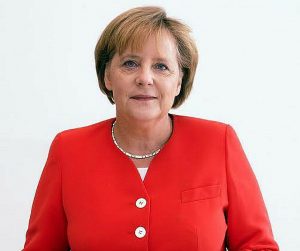 Most powerful politician in the world 2022

Angela was the first women to become a Chancellor as well the second longest-serving in the history of Germany. Angela Merkel is such a relevant and influential figure in Germany. She has been named eight times in the Forbes’ list of the most powerful women.

Asides being a politician, Angela is a scientist by profession with a doctoral degree specialty in Physical Chemistry. Her impact on politics was overwhelming including how she was able to sustain the economy of Germany during the time of financial crisis. Angela Merkel’s net worth is estimated at $11.5 Million. Her political relevance extends to the world politics.

2. Jeff Bezos: Currently as at 2022, Jeff Bezos is the number two richest person in the world. His net worth according to Forbes in 2022 is $168 billion. Jeff was born in January 12th 1964 in Albuquerque, Mexico, United States. Jeff is an entrepreneur, a computer engineer, an investor, media proprietor and a commercial astronaut. 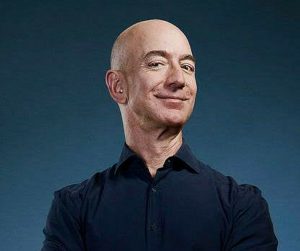 Who is the most powerful person in the world?

He is the founder of the almighty Amazon, an American multinational tech company. He is also the founder of Blue Origin, Aerospace Manufacturing Company, and Bezos Expeditions, an investment firm in America. Jeff was the richest man in the world until lately after Elon Musk took over the wheel. Jeff’s achievements are numerous, having bagged several recognitions worldwide. He is a philanthropist and an honourary doctorate degree holder in science and technology.

Jeff Bezos is powerful as a result of his economic capacity and technological impact on the globe. Jeff has made it to Forbes’ list of the most powerful Chief Executive Officer. His impact world wide could be explained by his resulting popularity. Jeff Bezos is an alumnus of the prestigious Princeton University, from where he obtained his degree in electrical engineering and computer science.

Also see: Easiest countries to invade in the world

3. Pope Francis: Pope Francis, his real name, Jorge Mario Bergolia, is the Supreme Pontiff of the Roman Catholic Church. He was born on December 17, 1936, in Buenos Aires, Argentina. Pope Francis was made pope on 13th March, 2013, and he is the first pope from the Society of Jesus, Pope Francis is one of the most powerful persons in the world. 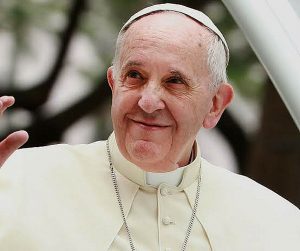 What is the most powerful position in the world?

By the virtue of his position as the pope, he wields a lot of power, exerting spiritual influence on over about 1.3 billion Catholics spread all over the world. Pope Francis is most revered by the virtue of his position. Moreso, he leads in the Vatican city as the head. The Forbes, in the year 2013 listed Pope Francis as the 4th most powerful in the world. Prior to attaining the papal position, Pope Francis has held numerous positions within the Catholic Church as he ascended accordingly from priesthood up to the Papacy.

Also see: How to Become A Successful Entrepreneur

4. Bill Gates: Bill Gates is a popular and very wealthy American business mogul. He is an investor and a software developer. Bill Gates was born on October 28, 1955 in Seattle, Washington, United States. An interesting fact about Bill Gates is that he dropped out of the prestigious Harvard University, and being a university drop-out did not put a halt to his potential. Bill Gates is the co-founder of Microsoft and Bill and Melinda Gates Foundation. Bill Gates’ motivation for dropping out of Harvard was to start up Microsoft. 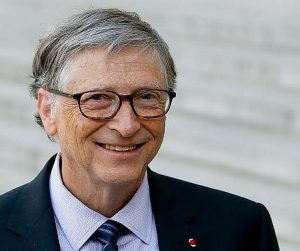 Today, Microsoft has monopolized the manufacture of computer windows, and the industry has been on the track for so many years now with constant better inventions. Today, the tech world cannot be talked about without mentioning the impact of the Bill Gates’ initiative. Microsoft is the largest personal computer software developing company in the world today.  Bill Gates has been named in the Forbes list at the number ten of the most powerful men in technology.

Between 1975 and 2010, and 2013 to 2017 Bill Gates was named in the Forbes list of the richest person in the world. He was the number one as at then. Currently, Bill Gates’ net worth is estimated at $114.9 billion. Bill Gates’ influence across the globe is overwhelming. His tech company has the largest client base in the world, and he wields so much economic capacity. Bill Gates is also a philanthropist

5. Larry Page: Lawrence Page is an American business mogul, an internet entrepreneur and a computer scientist. He is the co-founder of Google, Alphabet Inc and the Co-creator of PageRank, an algorithm for ranking web pages by Google search. Lawrence Edward Page was born on March 26, 1973 in Lansing, Michigan, United States. Larry Page is notoriously wealthy, having been ranked the 7th wealthiest person in the world in 2022 by the Bloomberg Billionaires Index. 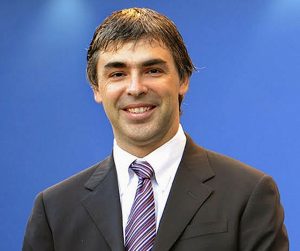 Most Influential People of 2022

Larry’s net worth is estimated at $103.6 billion. The invention of Larry Page, Google, is a worldwide dependable, being the most used search engine by over 4.3 billion users across the globe, coupled with its other features. Google wields so much power worldwide that if the company should shut down today, the world economy would be heavily affected.

Also see: Most Beautiful Buildings In The World (With Pictures) 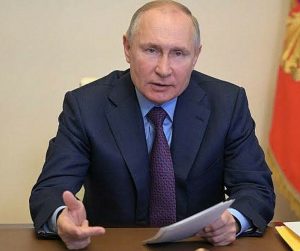 Most powerful President in the world

During his tenure as Prime Minister and president, Putin has overseen wars including one against Chechen separatists, Georgia, and most recently, the Russo-Ukraine war. Putin has engaged in a number of military interventions. He in fact has strengthened Russian military to world recognition, although his governance is an authoritative one. His military is one of the most powerful in the world, and he is the Commander-in Chief.

According to the Forbes, Putin was voted the most powerful person in the world between 2013 and 2016. Putin’s net worth is estimated at $70 billion

7. Mark Zuckerberg: Mark Zuckerberg is the founder of the parent company, Meta Platforms. He is an internet entrepreneur, a media expect and a philanthropist. Mark is the co-founder of Facebook, one of the most popular and populous social media platforms with over 2.9 billion user across the globe. Mark was born on 14th May, 1984 in White Plains, New York, United States. Mark’s net worth is estimated at $64.7 billion, according to the Forbes. 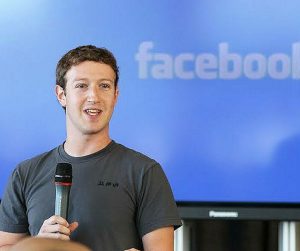 Elon Musk has become the most powerful person in the world

Mark is an alumnus of the prestigious Harvard University where he did psychology as major but then took classes on computer science, although he dropped out. In 2016, Mark Zuckerberg made it to the Forbes’ list of the most powerful people, having been ranked 10th. Mark’s influence has taken over the online space as he owns also Instagram and WhatsApp, medias being used by billions of people across the globe.

8. Joe Biden: Joseph Robinette Biden Jr. is the current president of the United States of America, and the 46th president of America. He is serving under the Democratic Party. Biden was born on 20th November, 1942 in Scranton, Penny Pennsylvania United States. He is a politician, a lawyer and an author. He served as the Senate from 1973 to 2009. 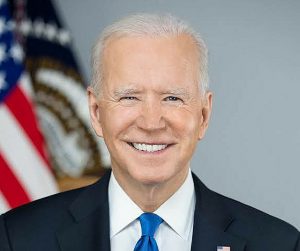 Most Powerful People In The World currently

He has also served as the Vice President of America under Obama from 2009 – 2017. Being president of the United States which is a world-power country, Biden is considered one of the most powerful people in the world, coupled with his personal capacity. Biden’s net worth is estimated at $8 million.

Recommended: How To Look Expensive On A Low Budget

Being powerful encompasses much more than being just popular, and a powerful person is necessarily popular. Their impact cuts across the globe, and their shutdown most likely would be felt by the world economy.