Home » Education News » “A Hotel” Or “An Hotel” Which is Correct? Answered

“A Hotel” Or “An Hotel” Which is Correct? Answered 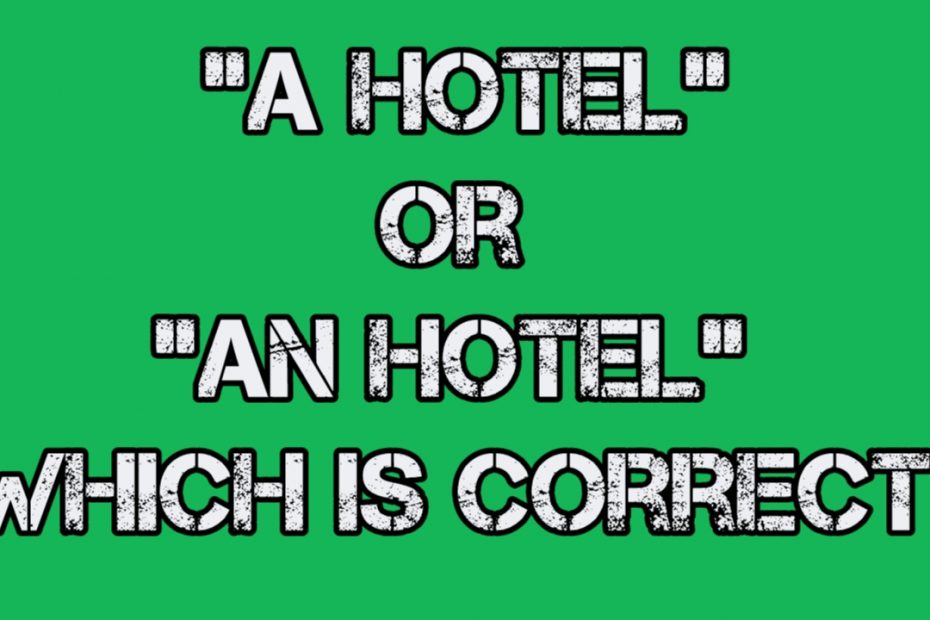 “A Hotel” Or “An Hotel” Which is Correct?: A hotel, a home of temporary eating and living is a place constructed and designed to accommodate people, provide meals and other services to these people who are often travelers or tourists. While the term ‘hotel’ is a very popular word, it is also one of the words technically abused in English Language. This is due to the misconception as to whether saying ‘a hotel’ or ‘an hotel’ is right and which of these phrase is grammatical correct?

This debate as to which of the two phrases ‘a hotel’ or ‘an hotel’ is correct, has therefore made it imperative for me to write this article identifying the correct phrase to use in a sentence and thereafter justifying my position. 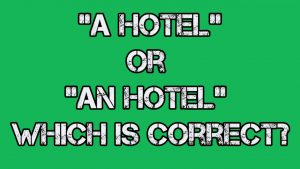 “A Hotel” Or “An Hotel” Which is Correct?

Recommended: Differences between Law and Morality

“A Hotel” Or “An Hotel” Which is the Correct Phrase?

On the other hand, where the corresponding word starts with a vowel sound or word we make use of ‘an’. For example: an egg, an iron, an owl, an elephant, and an hour.

I’m sure this last example must have raised some confusion in your mind, because unlike other words preceded by ‘an’ H is a consonant word and is not a vowel, but is still preceded by ‘an’ because it has a vowel sound. This births the rule that ‘an’ is applicable for ‘h’ words where the ‘h’ is not sounded. For example: an hour, an honour, et cetera. It is therefore on this line that the issue of a hotel or an hotel arises, as some argue that ‘a’ should be used because H is a consonant word, while the contrary says that ‘an’ should be used because hotel is a vowel sound.

RECOMMENDED: My name is” or “My names are” Which is Correct? Answered

Why Is It Correct?

My above answer is justified on two grounds:

This exceptional rule states that ‘an’ is applicable for ‘h’ words where the ‘h’ is not sounded. Thus, where the ‘h’ word is not sounded in a sentence ‘an’ will be applicable. For example: I am an hour late, an heir to the throne, or an honest boy. However, this rule is not applicable in this subject of discourse as the H in hotel is sounded.

You cannot pronounce it as otel, if that was the case it may have been correct to say ‘an otel’. However that is not the case as you must pronounce the H in Hotel. Thus, you are grammatically barred from saying ‘an Hotel’ and you are to say ‘a hotel’.

Also see: How to start a business with small amount of money

In conclusion, as illustrated in this article ‘a hotel’ is the correct phrase to use in a sentence as opposed to ‘an hotel’. So therefore don’t make the mistake of saying ‘an hotel’ or using it in writing. For example: ‘I went to an hotel yesterday.’ NO! This is a grammatical blunder and it is therefore incorrect. You may rightly put ‘I went to a hotel yesterday’. This is grammatically correct and should always be applicable where the word ‘hotel’ is placed in a sentence.

6 thoughts on ““A Hotel” Or “An Hotel” Which is Correct? Answered”