Home » Scholarly Articles » “My name is” or “My names are” Which is Correct? Answered

“My name is” or “My names are” Which is Correct? Answered 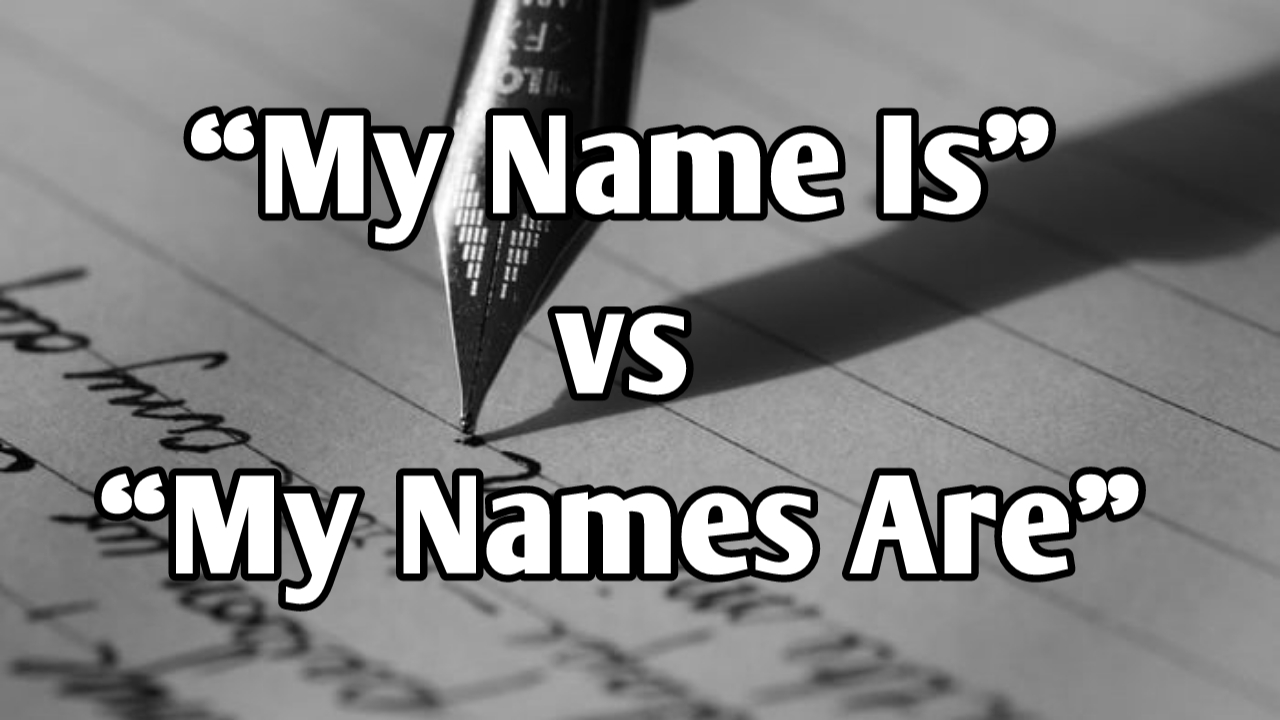 These conflicting opinion is the reason for writing this article which examines whether ‘My name is’ or ‘My names are’ is the correct form of introducing yourself. 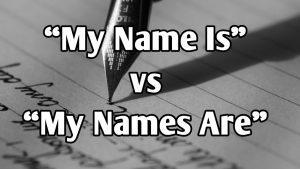 Recommended: Differences between manslaughter and murder

Format in Introducing Yourself

Generally, introducing yourself is much more than saying your name. However, the basic step to introduce yourself to strangers or the general public is by stating your name.

The rule in stating your name either orally or in writing is that it should be in the format of your First name, Middle name, and Last name. Your Last name is your surname which is your family name; your Middle name is the name that comes between your first name and last name. In other words, it is your other name. While your First name is the first of the names given to you at birth.

Hence, if your first name is Tochukwu, Middle name: Jemezie, and Last name: Anayo-Enechukwu, you state your name as Tochukwu Jemezie Anayo-Enechukwu. Also, if your first name is Uju, Middle name Mary, and Last name is Agbo, you may introduce yourself by saying: My name is Uju Mary Agbo, or my names are Uju Mary Agbo, but the question is what should be the correct prefix before introducing your name; “My Name is” or “My names are”?

It is my considered view that it is appropriate and grammatically correct to say ‘My name is”. Hence, using “My name is” is the correct way of introducing yourself as opposed to “My names are” for the following reasons:

1.  “My name is” is singular while “My names are” is plural. When stating your name, you’re talking about one person which is you. Therefore, you must use a singular verb ‘is’ to introduce yourself as opposed to a plural verb ‘are’.

2. “My names are” is wrong because the verb ‘are’ is conjugated for a plural noun phrase, whereas the noun phrase is singular. Thus, it will be only correct to use ‘my names are’ in the context of saying ‘My names are Tochukwu, Jemezie, Anayo-Enechukwu.’ And as we all know using it in this context means that you have three different names in different context and as such it is totally wrong to introduce yourself (one person) in that manner.

3. No matter how long your first, middle, and last name is, it is still a name and ‘IS’ is the right verb for stating a name. Thus, you don’t say because my name is too long, I will pluralize it by using “my names are” as opposed to “my name is”. Using “My names are” is very wrong in English language.

Recommended: How to know an intelligent person person by character

In conclusion, it is generally accepted in English Language that “My name is” is the correct way of introducing yourself. Therefore saying “My names are” will never be correct in English language except in the following cases:

II. Where a writer who write under a pen name in columns, blogs, newspapers, etc have a cause to reveal his dual identity, the rare plurality will apply and the writer may introduce himself by saying: My names are Anayo Tochukwu and Charles Lee (pseudonym name).

The similarity with the two aforementioned exceptions is its resemblance of plurality and the use of the conjunction ‘and’ which we cannot normally use while introducing ourselves. Thus, these exceptions come in handy in very special circumstance and can never fall under the conventional form of introducing your name. Hence, saying “My names are” is wrong, while saying “My name is” is the correct way of introducing your name.

6 thoughts on ““My name is” or “My names are” Which is Correct? Answered”