Home » Scholarly Articles » Most Socialist Countries In The World 2022: Top 10

Most Socialist Countries In The World 2022: Top 10 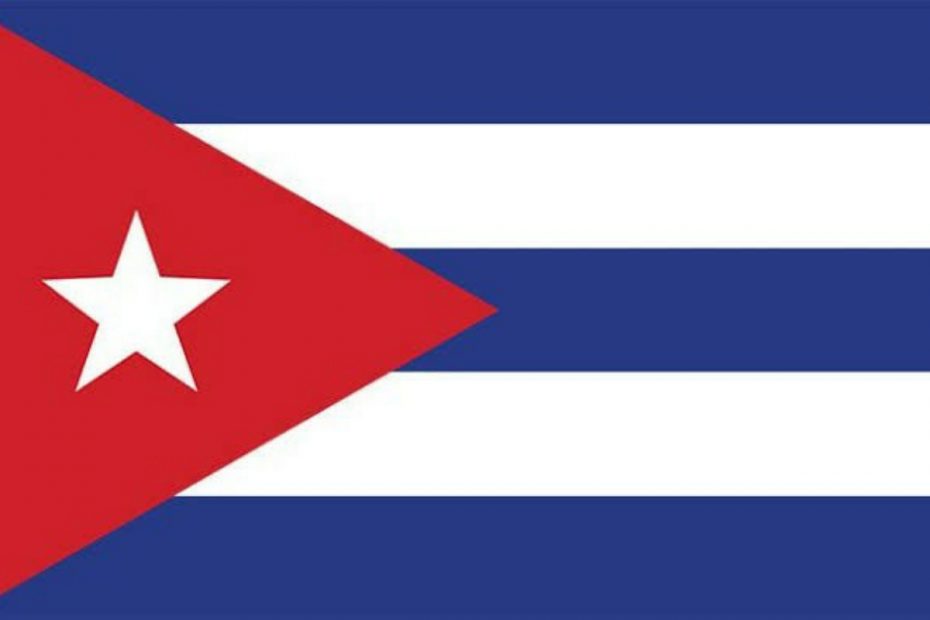 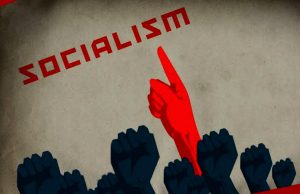 Socialism is an economic and Political System wherein the means of ownership, factors of production, and distribution of wealth are socially owned and controlled by the Government. Socialism tilts towards Public Ownership of resources and the means of Production in a State, rather than Private Ownership of these resources. This is to say that; Socialism opposes Capitalism and prefers the public to control it’s resources rather than a private Individual.

Countries that are still socialist today

Having understood Socialism as a Political and Economic system of State Ownership of resources, it will be safe to say that this System of Socialism has a long history.

Recommended: Advantages and Disadvantages of a Mixed Economy

Socialism majorly has deep roots in the French revolution of 1789 which was a period of Political and Societal change in France which lasted for years. The tenets of Socialism was bolstered by Karl Marx who was the most influential proponent of Socialism. According to Karl Marx, the Society is made up of classes, and when certain class controlled the means of production, such power and influence will be used to exploit the labour force.

In the 1884 work ‘The Communist’ written by Karl Marx and Friedrich Engels, it was argued that true socialism could be established only after a revolutionary class struggle with the workers emerging onto the tenets and principles of Karl Marx. This was what strengthened the theory of socialism till it became a strong political and economic theory practiced by countries such as Russia in 1917, Chile in 1932, before many other countries followed suit. These countries didn’t just follow suit because it was gradually becoming a practice, but because of the advantages and rationale of Socialism.

Recommended: Advantages and Disadvantages of Socialism

Socialism was introduced and adopted by a good number of countries because of it’s numerable advantages, which includes:

a. Socialism leads to inclusiveness of members of a society and creates an egalitarian society.

b. Socialism breeds equality and by breeding equality, it therefore aborts exploitation of the lower class citizens or workers who can’t afford to own a business.

c. Establishment of a socialist and economic system wherein our social values and the interest of workers have economic priority.

d. Socialism helps to reduce the poverty level in a state

e. Socialism curbs the risk of evading taxes; which serve as a Major source of state revenue used in developing a state and catering for the needs of her citizens.

f. Socialism reduces the excesses of a free market

h. Socialism encourages Cooperation amongst citizens of a country, rather than Competition within the Government.

i. Socialism improves the well being and health of citizens of a state through the provision of a State Government sponsored free healthcare.

Moreso, based on the above considered advantages of Socialism, it was deemed to be a better economic system and welfare oriented system than Capitalism. This was why the Political and economic system of Socialism became a trend amongst countries of the world. A country which practices the tenets of Socialism are what we refer to as Socialist states.

Most Successful Socialist Countries In The World 2022

Literally, a Socialist state is a state wherein citizens of such state equally owns the factors of production and distribution of income in the state.

As the name implies, a Socialist state constitutionally practices the system of socialism in line with the Marxism-Leninism theory model of socialism. It is instructive to note that there are a good number of States who have aligned themselves with the tenets of Socialism and Communism which is a more intense form of Socialism which seeks to eliminate private ownership of factors of production, and thus can be referred to as Socialist states.

Recommended: Most quiet places to visit in the world

1. China: The People’s Republic of China is one of the foremost socialist states. While it has strictly practiced Socialism for many years now, in recent years; it has radically diverted to a hybrid of Socialism and a market economy. However, it can still be regarded as a Socialist state.

China practices a one party system controlled by the China Communist Party (CCP) which controls a good number of enterprises and company in the Country, as well as regulate the direction of Market and Economy of the Country.

2. Russia: Just like China, Russia was a country strictly Socialist in nature. Previously known as the Union of Soviet Socialist Republic, Russia has been a socialist state for many years now.

Recommended: Countries With The Most Beautiful Women in Asia 2022: Top 10

3. Cuba: The Republic of Cuba is a core Socialist State. Since 1959 till date, the Country has been adhering to the Pro Soviet Marxism and Leninism theory of Socialism and has practiced a Socialist Political System since then. 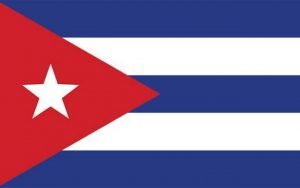 4. North Korea: North Korea is another core Socialist State. Article 1 of it’s Constitution even declares it as an independent Socialist State. Moreso, it is predominantly a one party state with the Workers Party of Korea (WPK) the sole ruling party therein controlling the government and leadership of the country. 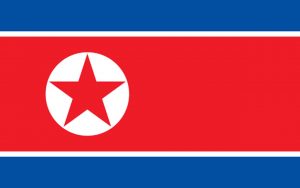 Socialist Countries that Have Succeeded

It also controls the economy of the Country as Korea’s economy is centrally planned, coordinated, and determined by the Government.

North Korea remains one of the few countries which strictly operates a Socialist market economy.

5. Laos: The Lao People’s Democratic Republic otherwise known as LAOS, is a one Party Socialist and Communist State under the leadership of the Lao People’s Revolutionary Party (LPRP). 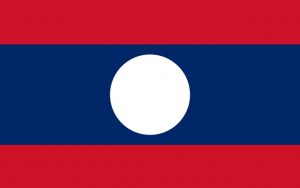 LAOS remains one of the few remaining strictly Socialist states in the world, as it still practices and espouses the Marxism-Lennism. As a matter of fact, both the practice and tenets in Laos tilts towards Socialism.

For instance, Article 13 of the Country’s Constitution provides that “All types of enterprises are equal before the law and operate according to the principle of the Market Economy and cooperating with each other to expand Production and business, while regulated by the state in the direction of Socialism.”

6. Vietnam: The Socialist Republic of Vietnam as the name implies is a Socialist Country which operates a Socialist oriented Market economy wherein the Government plays a major role in directing it’s economy, affairs, and development. 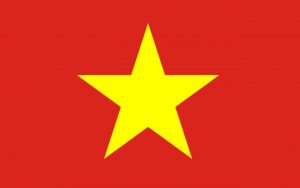 The Government in Vietnam and the ruling party, the Communist Party of Vietnam has over the years reaffirmed it’s stance on Socialism, and has resolved to still hold it’s socialist orientation and development of a Socialist economy in Vietnam. Thus, making it a core Socialist State.

Recommended: Positive and Negative Effects of Social Media on Society

7. Bangladesh: Bangladesh is a Socialist State, as Socialism is one of it’s four fundamental principles of state policy. Bangladesh is constitutionally tailored at establishing an exploitation free state.

The Preamble to it’s constitution (The Constitution of the People’s Republic of Bangladesh, Act No. Of 1972) provides as follows: Pledging that the high ideals of nationalism, socialism, democracy and secularism, which inspired our heroic people to dedicate themselves to, and our brave martyrs to sacrifice their lives in, the national liberation struggle, shall be the fundamental principles of the Constitution.

Moreso, Section 8 of it’s Constitution provides: The principles of nationalism, socialism, democracy and secularism, together with the principles derived from those as set out in this Part, shall constitute the fundamental principles of state policy. And Section 10 also provides that: . A socialist economic system shall be established with a view to ensuring the attainment of a just and egalitarian society, free from the exploitation of man by man.

Flowing from these, we can all agree that the People’s Republic of Bangladesh is a constitutionally Socialist State. 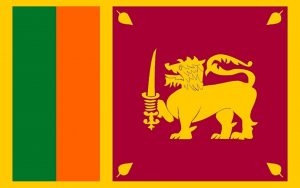 What are the most socialist countries in the world, and why

In that it is a mixture of Democracy and Socialism as both the public and private sectors contribute to the economy of Sri Lanka. As a matter of fact, the production of goods are not primarily owned by the Government. However, the Government owns and controls the Public healthcare and education system.

9. Tanzania: Tanzania, the East African Coastal Nation has been a Socialist State since attaining independence in 1961, thanks to the efforts of it’s then President Julius Nyerume in attaining a Society free from exploitation and with a sense of mutual help and solidarity.

However, these tenets of Socialism didn’t materialize in Tanzania till date. The Country now practices a mixed economy wherein a good number of it’s factors of production have been privatized while the Government still exercise some control of the economy.

In Conclusion, Socialism is a Political and economic system of Government with a declining significance, due to the profit oriented nature of most economy and individuals. This accounts for why most countries across the globe now tilt towards the practice of Capitalism and a Market economy.

Previously, numerable countries including but not limited to: Portugal, United Kingdom, Tunisia, Algeria, Egypt, India, Germany, Angola, Mozambique, Iraq, Ghana, Libya, Poland, amongst others  preferred Socialism over Capitalism and were practicing Socialism. Hence, were core socialist states, but currently only these countries so mentioned in this Article are the socialist states in the world today.