Home » Scholarly Articles » Advantages And Disadvantages Of a Mixed Economy

Advantages And Disadvantages Of a Mixed Economy 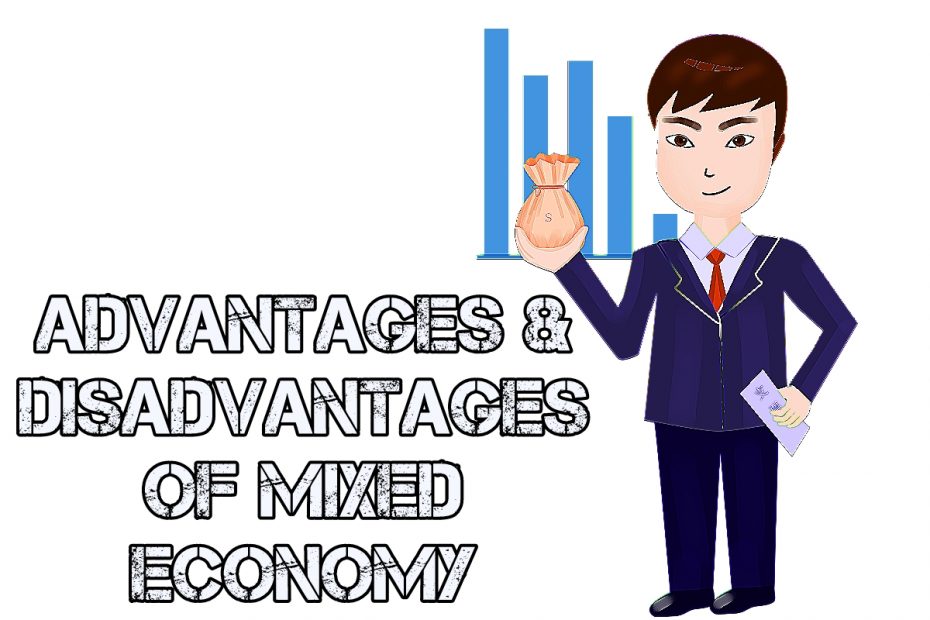 Simply put; a mixed economic system is an economic system that combines both features of capitalism and that of socialism. Ideally speaking, in a mixed economy, there is reduced government regulation, private industries are rendered efficient, there is better stabilization in the free-market, greater equality which reduces the rate of poverty, and government policies which promotes stabilization. 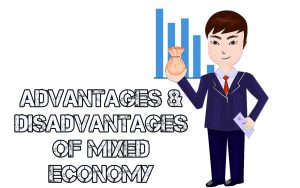 What are some disadvantages of a mixed economy

A mixed economy is neither wholly socialist nor wholly capitalist; it could be regarded as a hybrid setting. The involvement of public sector helps to stabilize and regularize the loopholes in the economy and aims at providing services which if left singly for the private sector would be produced at a cost unfavourable to the society, such as the public utility. In a mixed economy, it is the government that provides the national infrastructure for the smooth operation of the private sector.

Therefore, the government in this system plays important roles categorized as allocation, distribution and stabilization function. Mixed economy runs a free market economy which is similar to capitalism, but the government is fully concerned and involved in the market system for the purpose of protecting the interest of the public.

Advantages (Benefits) of a Mixed Economy

1. Private sector participation: Mixed economy encourages the involvement of the private sector in production. They also enjoy the autonomy of running their businesses in their own way, as long as it is in compliance with the regulations of the state. 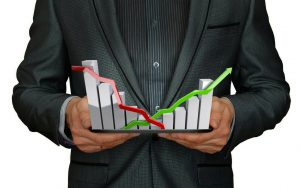 2. Improvement of Social Welfare: While the government makes rules and regulations, regulating the matters relating to production in the state, the welfare of the citizens is put into consideration. Mixed economy also gives the government the ground to provide goods and services that are of social benefit to the citizens. The private sector relieves the government of the sole duty to plan and manage the economy. 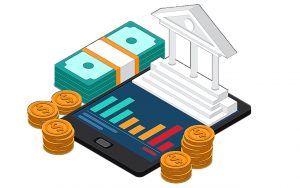 Advantages And Disadvantages Of a Mixed Economy

The government then channels their strength towards playing supervisory role where necessary, and then towards the interest of social benefits to the citizens. The private sector is also not precluded from providing social benefits. Sometimes they are conditioned by agreement to provide social benefits in exchange of tax reduction or waiver.

3. Reduction in Market Failure: Because the public and the private sector are involved in the economic system of the state, the chances of market failure are limited. Both sectors serve as aid towards the other. 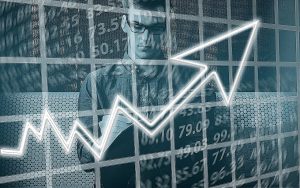 Merits and Demerits of Mixed Economy

4. Efficiency in Production: There is efficiency in production in the sense that goods are continuously available, and the resources are effectively channeled towards satisfying the people’s need.

Because every sector is allowed to get involved in the means of production, multiple production industries are established. When products are not available for the flow of market, it brings about increase in price, and this is essentially what the practice of mixed economy system helps to circumvent.

5. Economy development: Mixed economy practice helps boost the economy of the state. Because there are readily available industries owned by various sectors, employment opportunities are created which rapidly increases the production capacity of the state.

Monopoly is the accumulation of the means of production by few individuals. The occurrence of such in a mixed economy is limited because every person is free to participate.

7. Government Intervention, Interference and Regulation: In a mixed economy, the government can intervene to regulate the price system. The government can subsidize the cost of production for the private sector in order for the products to have affordable market price. Also, because the state is concerned with the economy, it has the power to influence production and consumption. This it can achieve either directly or indirectly.

For instance, the government can reduce the level of alcohol consumption in the state by levying high taxes on the companies producing alcohol. This will simply increase the price of alcohol and thereby deter people from its frequent consumption. Because the government makes regulations that can affect the private sector, the autonomous influence of the capitalists becomes subjected to regulations.

Not just this, by government interference, the public sector can then produce goods which cannot be produced or be efficiently produced by the private sector. Individuals are by this protected from the abuses of private monopolists. When the government is involved, there would be employment opportunities; there would be balanced regional development. The interference of government in the means of production will help regulate the imperfections of the private sector.

Recommended: Which Economy System is the best and why? Answered

Disadvantages (Weaknesses) of a Mixed Economy

1.  Profit Inclined: Since the mixed economic system involves the private sector, profit-making becomes the primary objective whereas the citizens’ welfare comes after. This would be worse where the involvement of the private sector outweighs the dominance of the government in the field of production. 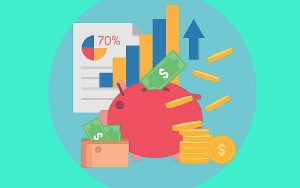 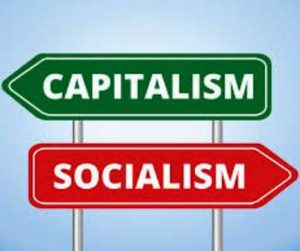 Government interference can as well bring about corruption and mismanagement in all sectors. Individual companies may engage in lobbying to get polices favourable to them at the expense of the citizens’ welfare. And where the individuals in government power are the industrialists, it creates a wide setting for corruption and mismanagement to ensue.

3.  Tax: Private owners may be imposed exorbitant tax rates which can affect the price of goods generally. When the tax rate is high, the price of the goods would be higher too. In a corporation for instance, tax is levied both at the company and at the individual level. This is clearly double taxation and it counts to the production cost assessment which in turn influences the price of products. On the other hand, tax payment may become compromised by personal relationships and interests. 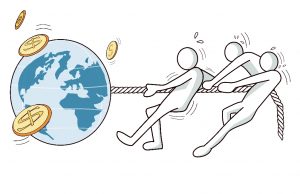 Benefits and weaknesses of a mixed economy

4.  Decision Making: The decision making process in a mixed economy is usually rigorous, since it involves both public and private sectors.

There is no country that practice absolute socialism or capitalism. Thus, every country has some elements of socialism and capitalism. It is the degree at which private and public ownership of the means of production operate that defines the economic system practiced.

In a mixed economy, both state and private enterprise constitute and drive the market. Both sectors have control of owning, making, selling and exchanging goods in the country. Mixed economy is regarded as the best practice because it encourages competition between socialism and capitalism.

1 thought on “Advantages And Disadvantages Of a Mixed Economy”