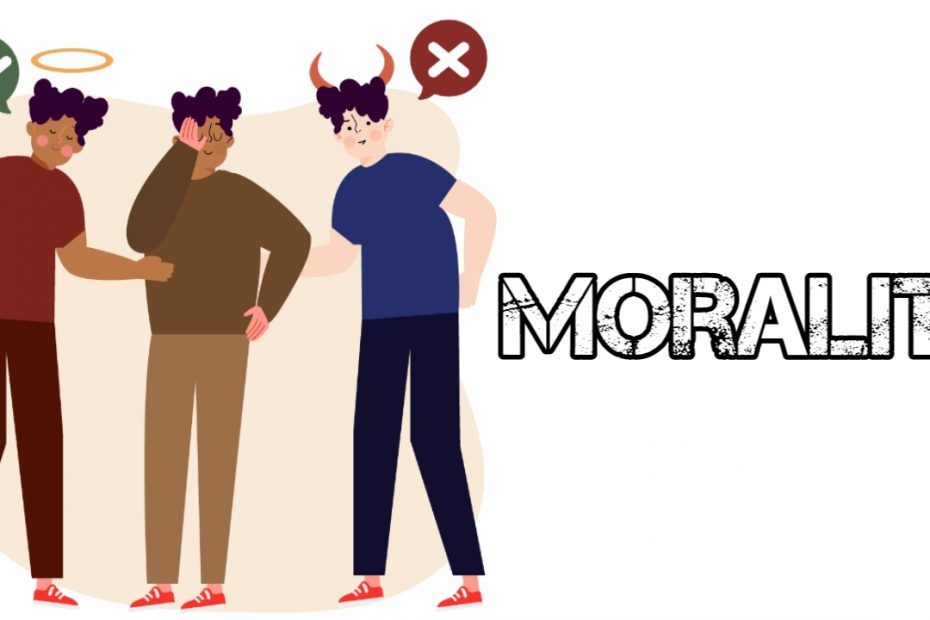 Differences between Law and Morality: The conterminous concepts of law and morality have featured as subjects of discussion for many writers in the field of law, politics and sociology.

Traditionally, the two ideas has been differentiated simplistically on the basis of external and internal constraints on individuals but increasingly, this line of differentiation has been heavily clawed at by critics who are of the view that such differentiation is borne out of a gross misunderstanding of the tenets of the two ideas and that it does not do justice to the complex relationship that exists between the two concepts nor does it recognize the contemporary reality of legality and morality.

Morality is defined as beliefs concerning what people consider to be wrong or right; what is good or bad behaviour; what is conscionable, just or otherwise. Morality is often times related to religious beliefs.

Japanese legal philosopher, political and human behavior analyst, Shigeaki Tanaka, described morality to be of two types: private morality and social morality. He opined that private morality denotes the individual’s internal and subjective sentiments. An example of this is the decisions or choices we make independent of any external influences which reflects what our moral ideals truly are. It also includes an individuals conscience. 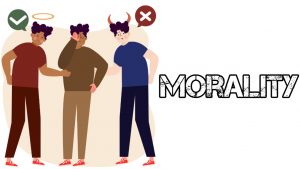 Differences Between Law and Morality

Social morality, on the other hand, according to him, is a set of positive and objective moral principle that is widely accepted among members of a given society. From the above sentence, it may seem that social morality is akin to law but make no mistake, as much as these two concepts appear similar or even overlap, they are very much not the same.

Meaning and Differences Between Law and Morality

Law, however, entails the system or set of rules set up and enforced by the government as a measure of framework for regulating the activities of the people. These rules are not optional. They must be obeyed and there are deserving consequences for people who disobey.

In some instances, say for example, in a fundamentalist Islamic State, the above defined concepts – law and morality, are interchangeable but our focus here is how these concepts are viewed and play out in a contemporary Western State.

The reason for the separation of the twin concepts of law and morality has been traced back to the need to ensure the freedom of religion or conscience. By separating them, we find that the state cannot sanction or regulate morality and thus cannot interfere with people’s consciences or religion.

RECOMMENDED: Differences between a deed and an agreement in law

Major Differences between Law and morality

What is the difference between morality and law

Some of the distinction that demarcate law from morality are discussed hereunder.

1. Christian Thomasius, a German jurist and philosopher (1655- 1728) was of the opinion that a major disparity between law and morality was that law ensures external peace by a distinct means which is the regulation of the external actions of people while morality accomplishes internal peace by regulating the conscience, the innermost aspect of the human person.

2. Supporting the view of Thomasius, Kant in his famous opinion on the discrepancy existing between legality and morality said that the distinction lay in the fact that while law deals with external actions, morality is chiefly concerned with internal motives.

3. Law, though social, objective and external is not morality which is individualistic, subjective and internal.

4. In addition, the dissimilarity between law and morality is clear in the fact that while law is enforced by the state, morality is mostly maintained by the individual’s conscience or the society through moral chastisement which could include stigmatization, insults or outright ostracism. Force is used by the state to compel obedience of laws but the sanction available for people who defy moral standards is moral conscience.

5. Furthermore, the state does not come in to punish disregard for moral ineptitude, it only punishes violation of the law.

For example, while the society and indeed many a religious group are most likely to frown at drunkenness, the police is not perturbed by that at all until when the drunk person does any act that threatens public safety like destruction of property or hurts anyone. Unless and until any such act results from her drunkenness, the police will not take any legal action against such a person no matter how grievous a sin, the society or church has branded the act to be. 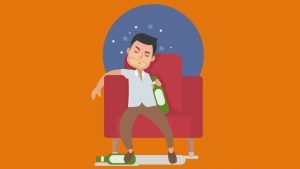 Law and morality examples and differences

6. Also, while the jurisdiction of morality encompasses the private life of an individual, the law has no business with what a person thinks in his mind until he has put it into action. Morality police which is made up of the members of the society chastising such a person, can only do so much.

In this sense, law is seen to be concerned with the external acts of a person to the exclusion of that person’s motives which is the forte of morality. Morality concerns itself with both the external and internal motives of an individual.

7. From the foregoing, it is deducible that the major priority of law is with one aspect of an individual’s life– what she does, her external actions while morality, on the other hand, is concerned with the whole of it.

8. Again, we find that law is definite. It is characterized by a certain degree of certitude. It is precise, spelling out what exactly the offence or wrong is and what punishments are provided for those who are found guilty. Morality, however, is vague and indefinite. It is largely flexible and variable.

9. From another angle, one can also see that law is objective. The standards are set and the same for all situations and persons but morality is subjective, depending on the circumstance and the person involved.

10. Following from that, law has jurisdiction within the state that makes it. The individual is governed by the laws of the state in which he finds himself and not that of other states. Morality, on the other hand, is universal. It is far reaching in its jurisdiction and does not recognize state boundaries. Moreover, while expediency is the basis of law, absolute standards is for morality.

11. Finally, one classic dissimilitude between the two concepts: law and morality is embedded in their amendment or change. Law is consciously and intentionally changed or amended as the case may be by the authorities of the state. This could be the parliament– as it is in several countries or the world– or it could be by the leaders of the state, community or people, that is the government.

In contrast, morality is not capable of being changed. The government of a state, community or people do not have the powers to change or amend morals as they are able to do with laws. This is because morals are not expressly encoded in any law book. It is in the minds of the people. Hence, the only similarity to changing or amendment as found in law, is evolution of morals. Morals evolve with the society as time goes on and the culture and lifestyle of the people develop.

RECOMMENDED: How to start a conversation with someone for the first time

Similarities between Law and Morality

Below are some of the areas of similarities between morality and law:

1. Both law and morality has the same mission of regulating life in the society.

3. The end product of law and morality is the same, in the sense that both dictate the orderly atmosphere in human relation and otherwise. They both regulate human relation in the society.

4. Almost in all cases, that which is legally right is also morally right. Law therefore seems to be molded upon morality. The Nigeria Criminal Code for instance is said to be founded upon the doctrine of Christianity. Perusing through its provisions, one would discover that almost every act which the Christian doctrine regard as wrong, is also recognized by the criminal code as wrong. Take for example, abortion, murder, idleness. Yes, our criminal code recognizes idleness as a simple offence as much as Christian doctrine recognizes it as a sin.

RECOMMENDED: Differences between Law and Ethics

In conclusion, first-hand instances of differences between law and morality abound in our society. It is often heard that we only have to fear and obey the dictates of the law and turn a deaf ear or blind eye on morality because while the law is ever ready to dish out sanctions for disobedience, morality only has our consciences to plague.

One also hear that unless a person has disobeyed a given law of the land, the public has no business chastising or condemning them. All these give credence to the stark contrastion between legality and morality. But even then, we find that oftentimes, behaviour that is marked immoral is likewise illegal. It suffices to say then, that law and morality are not completely different. Instead, one complements the other.