Effects of Unemployment On Individuals, Society And Economy 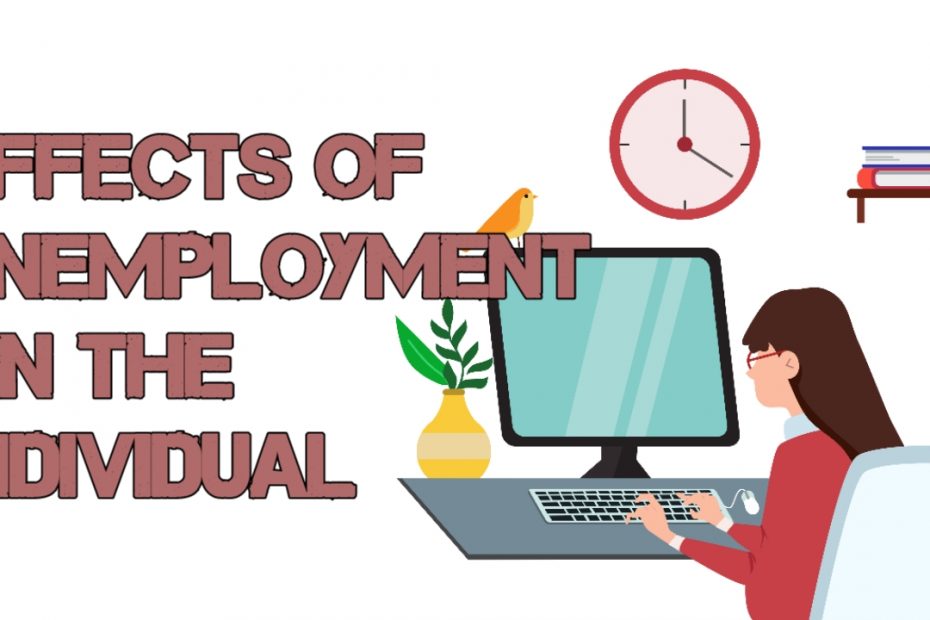 Effects of Unemployment On Individuals, Society And Economy: Unemployment is the state of being jobless. Not working part-time, full-time, or as an independent contractor are various forms of unemployment. Unemployed people are those that are actively seeking work and are currently eligible for employment but do not have one. Individuals on a short layoff are also deemed unemployed, even if they anticipate being rehired for the same position.

Unemployed people face a variety of difficulties, including difficulty obtaining new work and lower-income.  Unemployment has far-reaching consequences for the economy and society.

Effects of Unemployment On an Individual 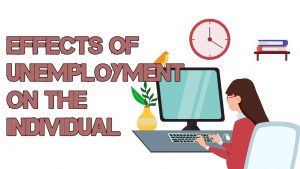 effects of Unemployment in the society

Unemployed people are subject to a variety of difficulties. The longer a person is unemployed, the more difficult these difficulties become. The following are some of the most common drawbacks of unemployment for individuals:

1. Reduced Income: As a direct effect of not having a job, unemployed people have lower incomes. Because a job pays a person’s earnings, being jobless deprives them of those payments, leaving the individual with less accessible money.

People who are jobless and have no other source of income sometimes rely on their savings or borrowed funds to cover necessities like food and housing. Unemployed persons who are the major breadwinner in the household have even greater challenges since they must cater for their personal needs and likewise those of their families.

2. Health Problems: Unemployment may have a negative influence on a person’s wellbeing. Because being unemployed is such a distressing position, it may lead to health problems including migraines, hypertension, diabetes, cardiovascular disease, back pain, and sleeplessness. Such medical problems frequently result in more medical visits and the usage of medicines to address the illnesses.

Because many individuals rely on their employees to provide healthcare coverage, when they become unemployed, they are unlikely to have access to it. Joblessness can also put a person’s health in danger since they regularly skip medical check-ups to save money. Unemployed people are also less inclined to spend money on wellness expenses like gym memberships or nutritious foods. Individuals who ignore these prophylactic steps raise their chance of physical deterioration.

Recommended: Causes, Effects and Solutions to Bad leadership in Nigeria

3. Negative Familial Effects: Unemployment may have a detrimental influence on a person’s family members as well. Unemployed persons experience lower family and marital happiness, as well as more family difficulties, according to the Society for the Psychological Study of Social Issues.

The research also discovered that the stress of unemployment had a detrimental influence on spouses’ well-being. According to research, the children of jobless parents earn less on average when compared to those of working parents.

Unemployment is linked to many mental health symptoms, as well as psychosomatic symptoms, poorer subjective well-being, and worse self-esteem, according to another survey. They discovered that unemployed people are twice as likely as employed people to have psychological problems.

Recommended: Reasons why most people fail in life and how to avoid them

Effects of Unemployment On The Society 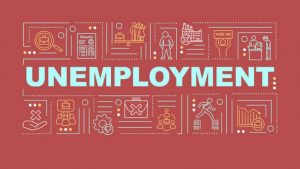 consequences of unemployment and its effect on individuals

Some of these effects include:

1. Widespread Poverty: Unemployed individuals are unable to obtain essential services such as healthcare, schooling, and nourishment because they lack the means of funding. They are compelled to survive under terrible circumstances as a result.

Furthermore, high unemployment lowers the economy’s purchasing power. This might have a cascading impact in economies that are poorly diversified, resulting in more job losses. Unsustainable unemployment levels might lead to an economic downturn in this case.

2. Political Instability: The rise of anti-government activity and revolutions is fuelled by widespread unemployment. In most situations, disgruntled residents go to the streets in protest of difficult economic circumstances, which frequently results in conflicts between police officers and protestors. For example, in most of Venezuela’s cities, the 2012-2017 economic crisis resulted in massive protests, urban violence, and civil unrest.

Recommended: Ways of promoting popular participation in the society

3. Exploitation of Labour: Unemployment in society might result in a labour excess in the economy. Under this sense, employees are willing to labour for minimal pay in inhospitable conditions. Employees who feel desperate are more likely to be mistreated and exploited by their bosses. Labour exploitation is visible in several Third World nations, such as India, where experienced employees receive less than $2 per day despite their expertise and education.

4. Reduced Economic Development: Some governments establish unemployment assistance programs for their temporarily displaced population to mitigate the negative consequences of unemployment. Taxpayers will bear the brunt of such initiatives, which may need government borrowing or reallocation of other development monies. As a result, expenditure on infrastructure, education, health, and other economic development programs may be decreased.

Also see: advantages and Disadvantages of division of labor

5. Psychological Problems: Losing a job can lead to mental illness, sadness, a loss of self-esteem, and worry. This is because most individuals are proud of their capacity to support their families. Unemployment-related psychological difficulties might lead to suicide, interpersonal violence, or divorce in extreme situations.

6. Waste of Skills: Long-term unemployment can result in the loss of important skills and productivity. This is because professional abilities, such as those found in the medical and engineering professions, require continual usage and updates to stay up with technological advancements. Furthermore, those who are jobless for a long time have a difficult time obtaining new work, resulting in a loss of time and skills.

7. Increased Crime Rate: To make ends meet, idle adolescents are compelled to engage in illegal activities such as armed robberies, drug trafficking, gambling, and prostitution as a result of unemployment. Due to a lack of work possibilities, such crimes are frequent in inner cities and developing countries. Furthermore, because of widespread unemployment, low-wage workers are more vulnerable to corruption, money theft, and other social problems.

Unemployed youngsters, on the other hand, frequently join illegal gangs and terrorist groups to make money. For example, in Somalia, the rise of piracy and the formation of armed terrorist organizations was largely driven by unemployment as a result of decades of political instability.

Effects of Unemployment On The Economy 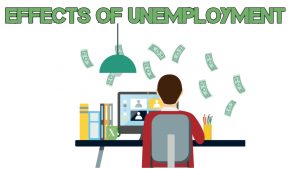 effects of Unemployment on the economy

The following are some of the most well-known consequences of unemployment on the economy:

1. Unemployment Financial Costs: Both the government and the country suffer as a result. In many nations, the government is required to give unemployment compensation to the jobless. The more jobless people there are and the longer they are out of work, the more money the government has to payout.

As a result, the country must deal not only with lost money and lower output but also with increased costs.

Also see: Factors that affects demand and supply in the economy

2. Reduced Spending Power of the Unemployed: A jobless person’s and his or her family’s spending power plummets, and they prefer to save rather than spend their money, which harms the economy.

3. Reduced Spending Power of the Employed: Increased taxes and uncertainty about their jobs may hurt working people’s spending power, causing them to spend less than before, negatively impacting the economy and society.

4. Economic Recession: Other economic factors, such as per capita income, health costs, quality of health care, the standard of living, and poverty, are all negatively impacted by rising unemployment rates.

All of this has an impact on not only the economy but also the whole system and society as a whole.