Best Fighter Jets In The World (With Pictures): Top 10 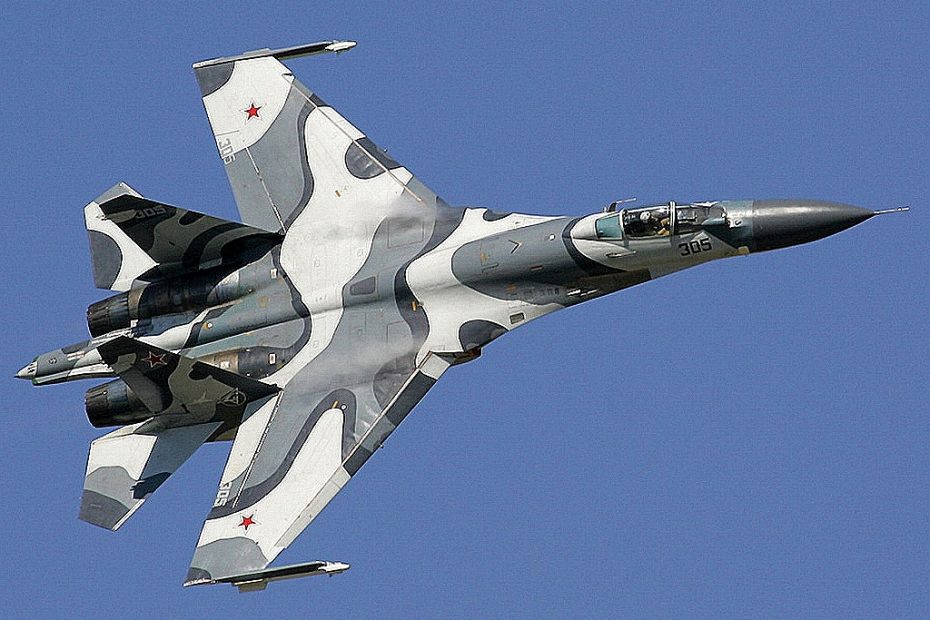 The ability of an airplane to rise and fly above the earth surface without external support and still maintain stability and control remains one of man’s greatest wonder and discovery. The airplane was invented by the Wright brothers who also flew the first airplane in the year 1903, the plane was recognized as “the first sustained and controlled heavier-than-air powered flight” in history. The invention was built on George Cayley’s that dates back to 1799. Having conquered the law of gravity through the invention of the self-propelled planes built to fit different sizes and designs, it paved way for improvement and exploitation of the theory for further modifications.

The emerging growth in human population and habitation of habitable territories by people comes with its challenges. The increase in population invariably leads to acquisition of more habitable territories and consequently leads to territorial expansion. The expansion of territories is one of the major factor that stems crisis and most times war amongst states and nations. The sovereignty of a State is one of its pillars and anything or anyone that poses a threat to the sovereignty of a State or Nation most often do not go unchallenged.

The emergence of technology and civilization has brought about invention of new ways of tackling national security challenges and defense against external invaders. These has equally brought about the scientific modification of the plane to come up with a more specific pattern of restructuring it to produce an arsenal. One of the greatest technical achievements in relation to national security and weapons of defense and assault is the manufacturing of fighter jets.

The fighter jets are special kind of aircraft that is built for combat purposes with special features such as assault rifles, bombs, speed and flexibility. A jet engine aircraft or Jet is an aircraft that is propelled by a jet engine. One distinguishing element between the regular aircraft and the Jets or aircraft with a jet engine is that the engines in propeller-powered aircraft in general achieve maximum efficiency at a much lower speeds and altitudes whereas the Jets or aircraft with jet engines achieve maximum efficiency at a speed compared to or even above the speed of sound.

Though research and other work started much earlier, the first Jet made its first flight in August 1939 and ever since then, work has continued as scientists keep working on improving and modifying the jets and the jet engine aircrafts to achieve even better performance that suits it purpose.

We shall take a look at some of the best fighter jets in the world.

Recommended: Countries with the Most Beautiful Women in the World 2022

1. LOCKHEED MARTIN F-22 RAPTOR: The American single-seat, twin-engine, and all-weather stealth tactical fighter jet was developed for the United States Air Force (USAF) by the Lockheed Martin Aeronautics based in fort worth, Texas. It is the best in the world. Designed with amazing features that makes it exceptional, the jet has signal intelligence, electronic warfare capabilities and apart from being a superior air fighter, it equally has ground attack abilities. 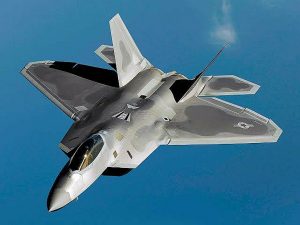 Most capable fighter jets in Africa

Lockheed Martin and Boeing were the two contractors that assembled the jet. With Lockheed building most of the F-22’s airframe and weapon systems and the final assembly, Boeing provided the wings, avionics integration, aft fuselage and training systems for it operation. It made its first flight in 1997.

2. EUROFIGHTER TYPHOON: The jet was developed originally as an air superiority fighter and manufactured by Eurofighter and Jagdflugzeug GmbH. It is used by the Royal Air Force, German Air Force, Italian Air Force as well as the Spanish Air and Space Force. It is one of the world’s finest jets ever made and in operation. It production started 1994. It made it first flight on 27th of March, 1994. 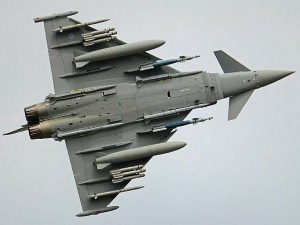 Fastest Aircraft Ever & In Service

Also see: Most Beautiful Cars in the World 2022 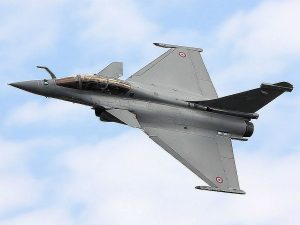 Most Expensive Fighter Jets In The World

It made it first flight in July 1986. The French multirole air fighter is used by the French Air and Space Force, French Navy, Indian Air Force and Qatar Emiri Air Force. It is one of the best fighter jets in the world.

4. MCDONNELL DOUGLAS F-15 EAGLE: The McDonnell Douglas F-15 Eagle American twin-engine, and all-weather tactical fighter jet has recorded over a hundred aerial combat victories with no loss since 1976 when it was listed into the US air force. It made it first flight in 1971 having been designed and built by Donnell Douglas and Boeing Defense, Space & Security. The war aircraft is used by the United States Air Force, Japan Air Self-Defense Force, Royal Saudi Air Force and the Israeli Air Force. It is one of the best in the world. 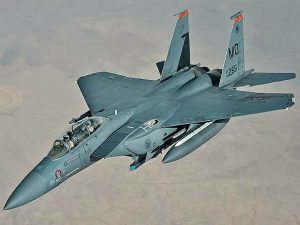 Greatest Fighter Jets of All Time

5. GENERAL DYNAMICS F-16 FIGHTING FALCON: Unlike many others, the General Dynamics F-16 Fighting Falcon is a single-engine multirole fighter jet developed for the United States Air Force by General Dynamics and Lockheed Martin. The jet made its first flight in 1974. It is one of the best fighter jets in the world and used by USAF. 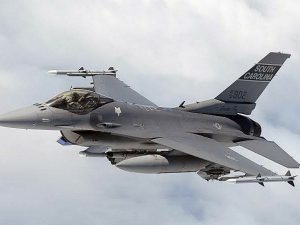 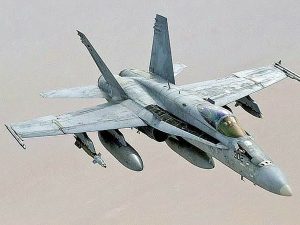 Most feared fighter jet in the world

Boeing F/A-18E/F Super Hornet made it first flight in 1995 and used by the United States Navy, Royal Australian Air Force as well as the Kuwait Air Force. It remains one of the best in the world. 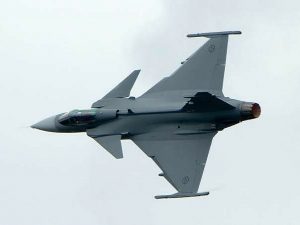 Best Fighter Planes of All Time

8. SUKHOI SU-27: The Sukhoi designed Sukhoi Su-27 is of Soviet-origin. It is a twin-engine super maneuverable fighter jet designed for air superiority missions and all aerial warfare operations. It is used by the Russian Air Force, People’s Liberation Army Air Force, Uzbekistan Air and Air Defense Forces and is one of the best in the world. 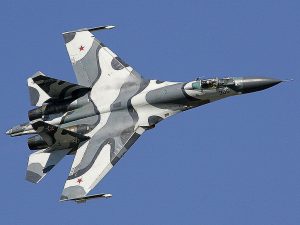 9. MCDONNELL DOUGLAS F-15E STRIKE EAGLE: The American F-15E Strike Eagle is an all-weather multirole strike fighter designed for long-range and high-speed interdiction without having to rely on escort or electronic-warfare aircraft. The jet is used by the United States Air Force, Royal Saudi Air Force, the Israeli Air Force and the Republic of Korea Air Force. It is a sophisticated fighter jet and one of the best in the world. 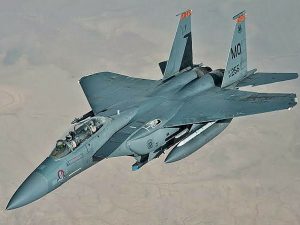 10. MIKOYAN MIG-31: Mikoyan MiG-31 is a Russian supersonic interceptor jet aircraft specially developed for the Soviet Air Force use. It is an upgraded version of the MiG-25 and remains one of the fasted jets in the world. The attack aircraft made its first flight in September 1975. It is used by the Russian Aerospace Forces and the Kazakh Air Force. It is one of the best fighter jets in the world. 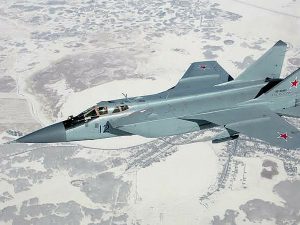 Which country has the best fighter jets in the world?

Recommended: Most Beautiful Countries In the World 2022

In summary, the advent of fighter jets marked the dawn of a new era for combat artilleries as combat was taken to a whole new level. The operation of an assault aircraft is a skillful art as it requires a lot of concentration, precision, mastery and confidence. It has been found in many Nations as a tool of national defense and Security.