Best Christian Musicians in the World 2022: Top 10 Most Popular 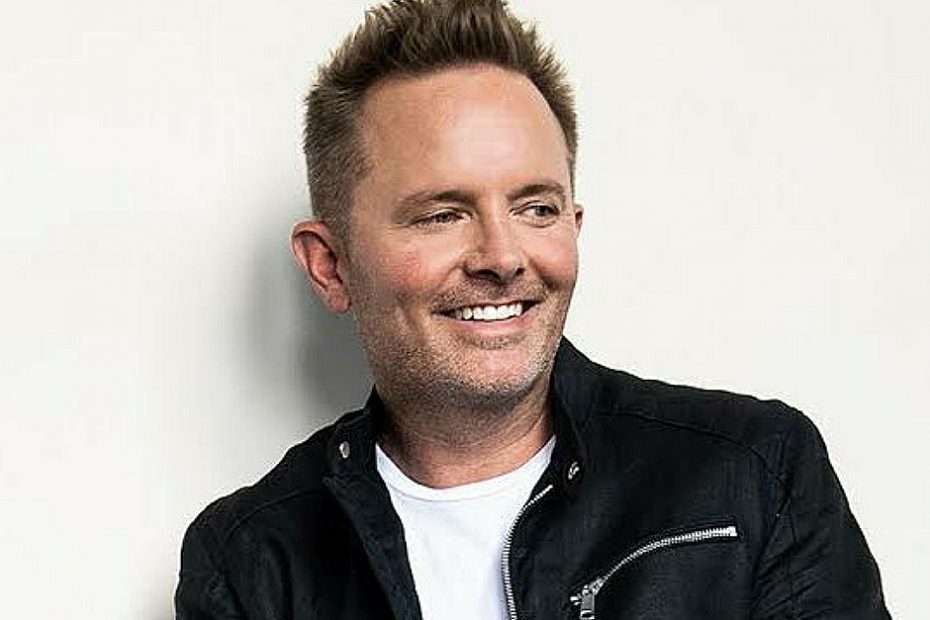 We’ve produced a list of our best Christian musicians. Their music ranges from Contemporary Christian Music to Christian Rap, but each song contains a message of hope that will help you grow in your faith.

Recommended: Richest Actors in the World 2022 and their Net worth

1. Lauren Daigle: A songwriter’s edge is typically sharpened by life experience, which provides them with a more vivid palette to work with while generating pictures with their music. Lauren Daigle, despite her youth, has had a lot of life experiences, some trying and others exciting, which have enriched her viewpoint and helped her develop her sincere worship songs. 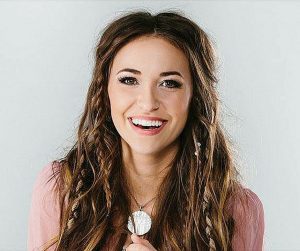 Since birth, faith and music have been inextricably linked in the Louisiana native’s life. She was motivated to frame her worship music in a unique light by growing up in an area immersed in blues, country, zydeco, and Cajun music.

2. Hillsong United: Hillsong United is a worship group that grew out of Hillsong Church. Brooke Fraser, Joel Houston, Reuben Morgan, and Marty Sampson are among the rotating worship leaders in the band, which was formed in 1998 as part of Hillsong’s youth program. 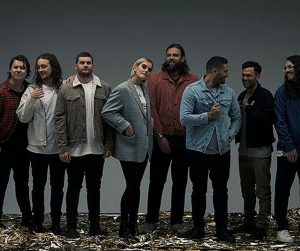 best Gospel artists and singers ever that impact the world

Hillsong Worship leader Darlene Zschech suggested they create an album after hearing many songs written by the youth ministry, which resulted in their debut extended play, One, which was released with Hillsong Worship’s Touching Heaven Changing Earth. The band has produced eleven yearly live albums and four studio albums since then. The band writes songs and plays them in church services and concerts across the world.

Recommended: Countries that makes the Best Music in the world 2022 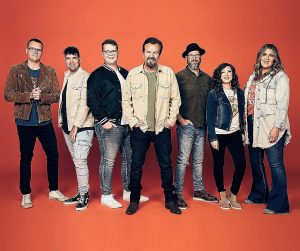 His bandmates, Juan and Melodee DeVevo, Megan Garrett, Brian Scoggin, Josh Mix, and Chris Huffman, are all involved in church ministry and are passionate about preaching the gospel via music. They’ve sold over 10 million albums since their debut in 2003, and they’ve been Billboard’s top-selling Christian music act since 2007.

4. Natalie Grant: Natalie Grant has been among the top-selling singers since her 2005 album, “Awaken,” with her strong and soaring voice, heart-wrenching lyrics, and impassioned performances. She has subsequently amassed a career sales total of more than $3 million. 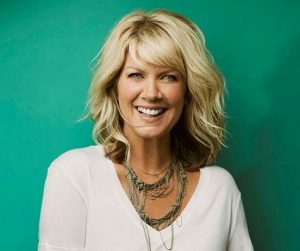 Six-time Grammy nominee and five-time Gospel Music Association Female Vocalist of the Year, she has had many number one songs and albums on the Billboard charts, including her most recent release, “Be One.”

5. Lecrae Moore: Lecrae Moore is an artist who redefines conventional popular culture by being loyal to his ideals. He’s swimming against the current in a sea of indulgent music, embracing everything that makes him the guy he is, even his beliefs. 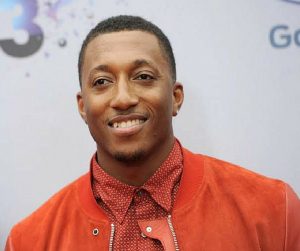 Best Christian Artists Of All Time

He’s recorded seven number-one albums, two mixtapes, and won two Grammys and a Billboard Music Award along the way, as well as a global distribution agreement with Red Distribution/Sony Music for Reach Records, the record company he co-owns. 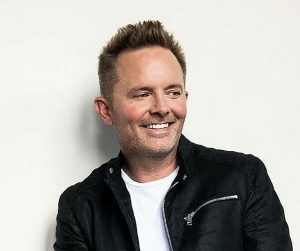 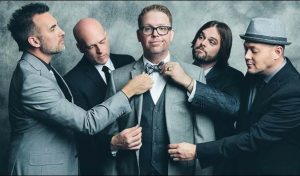 Best Christian Musicians in the World

Since then, the band has produced eight more studio albums as well as a best hits collection. They’ve had 13 top 5 hits on the Billboard Christian Songs list in a row, with seven of them reaching No. 1, and they’ve been nominated for 8 Dove Awards and multiple Grammy Awards. 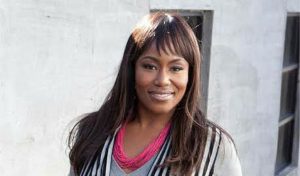 Overcomer, her studio album, contained the smash single Overcomer, which is also the title tune. What If We Were Real, her previous album, had the radio songs Good Morning, Waiting For Tomorrow, and the #1 smash, Stronger. Mandisa continues to be a voice of hope and truth for women confronting life’s problems in today’s society.

Also see: How to become rich and successful overnight

9. TobyMac: TobyMac clings to such rootsy ideas as hard labor, determination, patience, and—perhaps most importantly—the power of music, first with dcTalk and then going solo when the group split in 2000. 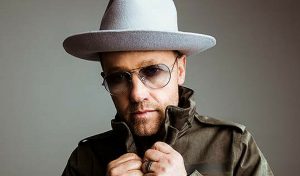 TobyMac, who has sold over 11 million albums in his career and won six GRAMMY awards, shows no signs of slowing down as he continues to create music that is inspired by his faith in God and his life experiences.

10. Third Day: Third Day’s aim has long been to spread hope and truth through music, with songs like “Cry Out to Jesus” and “My Hope Is You” filling churches and Christian radio stations. 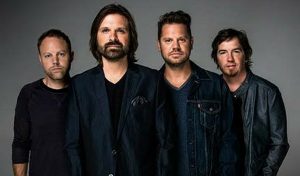 Who is the most popular Christian musician?

Third Day’s greatest desire is to reach individuals who have yet to accept the gospel, despite winning 24 GMA Dove Awards, four GRAMMY Awards, an AMA, and other awards.

Also see: How To Make Learning Fun and engaging

Mike Weaver was acting as the worship leader of a Pensacola, Florida church and attending a local community college when he was persuaded by his pastor to attend the university and study voice. The band went on to write some of the most well-known Christian songs, including “Audience of One,” “In Christ,” “Without You,” “Redeemed,” “What Life Would Be Like,” and “Overwhelmed.”

12. Donnie McClurkin: When Donnie McClurkin was a teenager, he formed his first band, The McClurkin Singers, with four of his sisters. He went on to become one of the most popular gospel singers in the world, selling more than 12 million albums worldwide. Live in London and More… was one of his most successful albums, spending 105 weeks on Billboard’s Hot Gospel Albums list in 2001, including 37 weeks at the top.

Every week, more than five million people tune in to McClurkin’s radio show, The Donnie McClurkin Show. He escaped a major automobile accident in 2018 after wrecking his vehicle early in the morning while driving. He returned a year later with the live CD A Different Song.

13. Kirk Franklin: Kirk Franklin has sparked debate by fusing hip-hop with gospel on his path to become the best-selling gospel singer of all time, with over 13 million record sales. He’s won 12 Grammys and led urban gospel choirs like

The Family, God’s Property, and One Nation Crew to success (1NC). Franklin is only one example of how spiritual music is growing under the direction of the finest gospel singers of the twenty-first century. Young vocalists like BeBe and CeCe Winans, Chance The Rapper, Kanye West, Todd Dulaney, and Dorinda Clark-Cole, as well as stars like Kim Burrell and Richard Smallwood, are all interpreting modern gospel in their own unique and vivid ways.

14. Tasha Cobbs Leonard: Tasha Cobbs Leonard was voted Billboard’s Top Gospel Artist of the Decade in December 2020. The singer-songwriter, who was born in Jesup, Georgia, claimed she discovered she had a particular ability when, at the age of 15, she filled in for a missing youth choir member and captivated the audience with a rendition of “Now Behold the Lamb.”

She went on to play professionally, winning a Grammy for her debut hit, “Break Every Chain,” which she recorded for the Motown Gospel label. Harris, who has a fantastic, powerful voice, is currently one of the team pastors at Atlanta’s dReam Center. In 2018, she starred in the made-for-television film Sinners Wanted as herself. She is one of the most enthralling gospel singers today.

Recommended: 13 Traits/Signs Of A Bad Boyfriend

It’s fantastic to see Christian music gaining traction in the manner it is. Listening to the Word of God via song is always uplifting and encouraging. One of my favorite aspects of Christian music is that you can listen to it with your children without worrying about inappropriate language being broadcast.

1 thought on “Best Christian Musicians in the World 2022: Top 10 Most Popular”