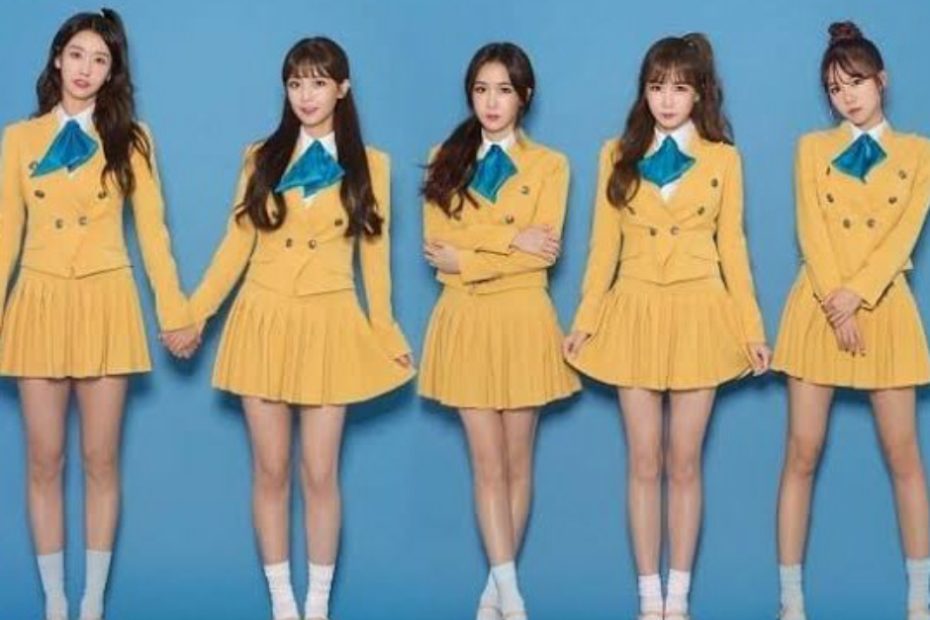 Best K-Pop Groups in The World: Music is a universal language all over the world and one of the most popular musical styles is the K-pop which stands for Korean popular Music. K-pop is a style of music which originates in South Korea and encompasses a variety of genres such as Pop, R & B, rock, jazz, hip hop, folk, disco and electronic dance. The all encompassing nature of this style, its uniqueness from other style of music across the globe and its dominance in the populous countries of the world is no surprise why it is a very popular style of music.

One notable feature of the K-pop style is that the artistes are usually in groups, it is not like the other styles wherein you could go solo or just with someone else, K-pop is usually in groups of nothing less than four members and usually way more. This is particularly because a singing in groups has become a trend from time immemorial as a large group has the potential of attracting more fans and it gives room for a more appealing music when different people with different characteristics gel together, as well as permits each member of a group to have a specialized role.

On this basis, K-pop usually exists in group well referred to as K-pop groups and there are hundreds of K-pop groups which are all considerably sound. However, for the basis of this Article, we shall examine only the top 10 best K-pop groups in the world as things stands now.

Recommended: Countries With Highest Crime Rates in the World 2022: Top 10

In no particular order, the best ten K-pop groups in the world are:

1. BTS: Bangtan boys otherwise known as BTS are one of the most popular K-pop groups in the world and it is equally one of the best.

The BTS is a South Korean boy band formed in 2010 consisting of seven boys namely: Kim Namjoon, Kim Seokjin, Jung Hosoek, Park Jimin, Kim Taehyung, and Jeon Jungkook. The BTS debuted in 2013 under Big hit entertainment with a debut song 2 cool 4 skool. Since then, BTS has released a couple of songs in the K-pop genre of Hiphop, R& B and EDM. 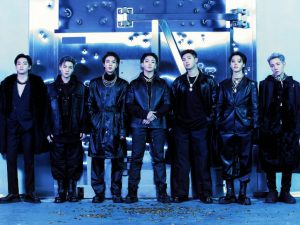 biggest K-pop groups in the world

BTS significantly made headlines of all over the world in 2020 when their single ‘Dynamite’ became the first K-pop song in history to debut at No. 1 on the US billboard “Hot 100” charts. Significantly, they were the first South Korean band in History to debut an album at No 1 on the US billboard chart and over the years they have collaborated with major Artistes around the world.

BTS is considered as one of the best K-pop groups because they appear to be the most successful, they are incredibly talented, and they have a unique style of music which keeps fans addicted to their performance. The musical prowess of the BTS has earned them an incredible number of 466 Musical awards of excellence in various categories and an additional 680 nominations for award so far. 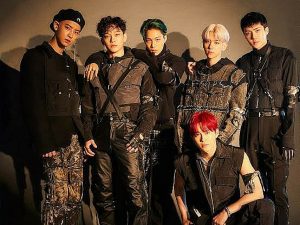 Most Popular KPop Groups of All Time

This band was formed by SM Entertainment in 2011 and debuted in April 2012 with a single titled ‘Mama’ followed by the EP Mama in the same month and Year which was an instant hit peaking at number 8 on the Billboard World Albums chart. Ever since then, EXO has remained an instant hit K-pop group consistently delivering, performing in major events around the world and earning itself the nickname “Kings of K-pop” especially after it broke the Guinness World Record in 2018 for winning the Most Daesang; the highest musical achievement of a group and a record which is only currently bettered by BTS whom exceeded EXO number of Daesang in 2020.

While it is said that EXO will disband when their contract expires between 2022 and 2025, EXO is still in existence and still remains one of the best K-pop groups in the world today.

3. BLACKPINK: BLACKPINK K-pop group is remarkably one of the highly ranked female K-pop groups. This group consists of four members namely: Lisa, Rose, Ji Soo, and Jennie and as a result is often referred to as the female Quartet BLACKPINK. 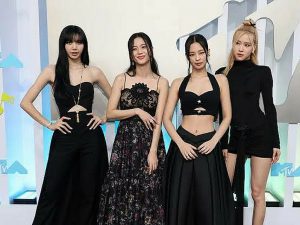 4. ATEEZ: ATEEZ is a Korean boy band formed by KQ Entertainment in 2018 and consisting of eight members, namely: Yunho, San, Jongho, Hongjoong, Seonghwa, Yeosang, Mingi and Wooyoung. This group has received a meritorious rise to prominence since its formation in 2018 and has won numerous awards within just 3 years including the Asia Popular star award 2020; Gaon chart music awards World Rookie of the year 2021, Mnet Asian Music awards Worldwide Icon of the year 2020, Global Hottest Artist 2020, but to mention a few. 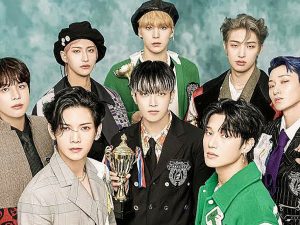 ATEEZ is incredibly talented and successful, and therefore easily appeals as one of the most underrated, but high ranking K-pop groups in the world.

Recommended: Most Dangerous People In the World 2022: Top 10

5. TWICE: Twice is a South Korean girl K-pop group consisting of nine (9) girls, namely: Jihyo, Sana, Momo, Jeongyeon, Nayeon, Mina, Dahyun, Chaeyoung, and Tzuyu. This group was formed by JYP Entertainment in 2015, specializing in genres of K-pop such as Dance-pop, J-pop and EDM. This Twice K-pop group has achieved incredible milestones since its debut in 2015, ranking as one of the most dominant girls K-pop group both in terms of sales, commercial value, success and awards. 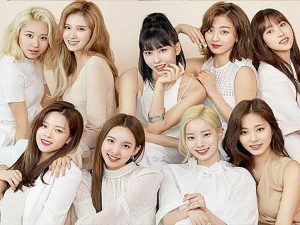 6. TXT: Tomorrow X Together also known as TXT is a boy band formed by Big Hit music. This band consists of five members and since its rise to prominence in 2019; it has always ranked high amongst K-pop groups in the world.  Notably, its songs has consistently topped the Billboard charts since 2020 and it is the only K-pop group save BTS and BLACKPINK to chart an album in the top 10 of the billboard 200 for two consecutive weeks. 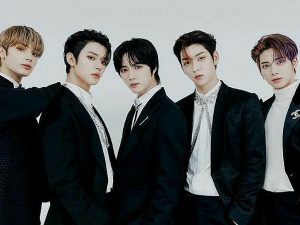 Best Kpop Groups in The World

Just yesterday TXT were awarded the ‘K Global best Music award’ at the 2022 K Global Heart Dream Awards and this is just a tip on the number of numerous recognitions they have received as a result of their great musical prowess.

Recommended: Most Dangerous Books In the World 2022

7. STRAY KIDS: Stray Kids are often compared with TXT in terms of musical prowess and success, and while there are points to canvass in favour of both groups, both K-pop groups are considerably good and rank highly amongst the best in the World. 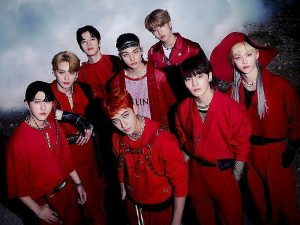 Who are the biggest kpop groups at the moment?

Stray kids were formed under JYP Entertainment, consisting of eight (8) members who have together been demonstrating excellence in the K-pop musical genre, winning numerous awards and sitting at top of musical charts. 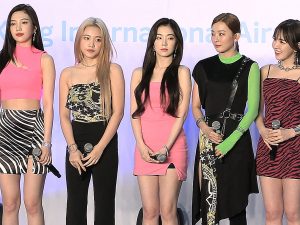 This group has been doing exceedingly well since the release of their debut single ‘Happiness’ in 2014 and this groups happens to be the first K-pop girl group to have three No.1 albums debut on the World Albums chart, after achieving the milestone with their third album “The Red flavour” in 2017.

Red Velvet is remarkably won 56 awards so far and has ticked off over 200 musical nominations.

9. ENHYPEN: One of the hottest K-pop groups in the world currently is Enhypen. Since making their debut in 2020, this boy band consisting of seven (7) members has won four ‘Rookie of the year’ awards and more recently emerged as the Best Artist at the Asia Artist awards 2021.

Their chill musical style has massively contributed to their rise to global stardom in the past two years and gradually established them as a fan favourite K-pop group.

10. GOT7: Finally on this list of the best K-pop groups in the world today is Got7. Got7 is a Korean boy band K-pop group composed of seven (7) members namely: Jay B, Jackson, Jinyoung, Youngjae, Bambam, Yugyeom, and Mark.

This group has been consistently doing greatly since its debut in 2014 and it is well known for incorporating Martial Arts and street dancing in their lives performances which makes it awesome to watch.

The variation of origin of the members of the group and their unique style of musical performance gives the group a global appeal and this is part of the reasons why it is widely recognized as one of the best K-pop groups in the world.

Recommended: How To Maintain Good Hygiene As A Man

11. CRAYON POP: The eccentric second-generation group Crayon Pop broke up a few years ago, but their dynamic contributions to K-pop, such as “Bar Bar Bar,” “Bing Bing,” or even their farewell single “Doo Doom Chit,” have become defining moments of each K-pop period. 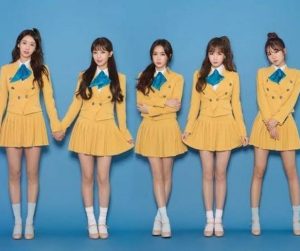 Most popular bands and artists of all time

The fact that Crayon Pop opened for Lady Gaga’s (equally underestimated) ArtRave: The Artpop Ball, delivered prescient TikTok dancing, and even had a creative outfit that might all lead to a modern rebirth are all examples of how it unwittingly found ways to stay ahead of its time. In essence, Crayon Pop’s relevance to popular culture is unending!

12. VIVIZ: Although the all-female trio VIVIZ is a relatively new name in the business, it is made up entirely of former GFRIEND members, so playlist power is not an issue. They provided a joyful electro-pop dose of nostalgia with their song “Bop Bop.” Check out their song “Lemonade” if you want something a little cozier. 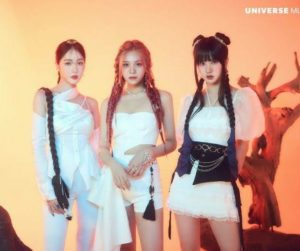 While there are a good number of other K-pop  groups which equally deserves a share a spot on the list, it is instructive to note that in my opinion these aforementioned K-pop groups have distinguished themselves over the years and are therefore undoubtedly amongst the best K-pop groups in the world currently. Do these groups equally match your taste as the best based on quality and devoid of sentiment? You may share your opinion in the comment section below.