Home » Scholarly Articles » Most Secure Buildings in the World (With Pictures): Top 10

Most Secure Buildings in the World (With Pictures): Top 10 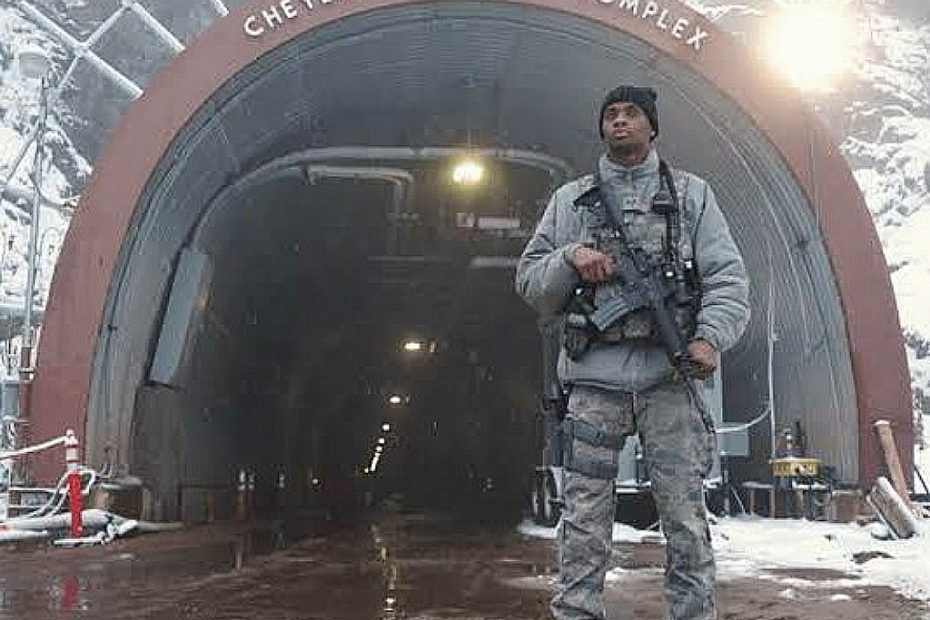 10 Most Secure Buildings in the World: Where do you feel is the most secured  in your life? Many of us find it behind our own home’s bolted front door. Some offices, particularly government facilities, take extra precautions to ensure their security.

Having the correct security can help you manage risk on a personal, corporate, or industrial level. You will have far less to be concerned about if essential assets and people are secure. Naturally, certain venues go over and beyond in terms of security example many military facilities have extra defensive standards, but there are also a few other, less conventional institutions that seek to keep their property and people safe from natural and man-made disasters.

So, where do you think the safest place in the world is? Here are a few of the world’s most secure structures.

Recommended: Most dangerous people in the world 2022

Top 10 Most Secure and Protected Buildings in the World

1. FORT KNOX, KENTUCKY (USA): Regarded as the safest spot in the world, Fort Knox is the United States’ bullion vault, which opened in 1936 and is located south of Louisville, Kentucky. This is where the United States keeps the majority of its gold—5,000 tons at latest count—behind a 22-ton door. 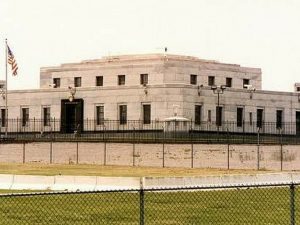 The core of this almost impregnable fortress is the vault door, which is locked using a combination entered by at least ten separate staff members, none of whom know more than their own share of the code. With apache helicopters, tanks, gates, guards, concrete-lined granite walls, and alarms around the facilities, it’s improbable that anyone could get close to the inside of the structure in the first place.As if that weren’t enough, the entire area is surrounded by a military camp to keep outsiders at bay.

With all of these security features, it’s easy to see why, during World War II, Fort Knox was chosen as the primary storage place for several European nations’ gold reserves, the Magna Carta, the Declaration of Independence, the United Kingdom’s Crown Jewels, and the United States Constitution.

Recommended: Most protected presidents in the world 2022

2. AREA 51: This well-known location in the isolated deserts of Las Vegas is more than just a rumor mill. Area 51 is a strange and interesting place that is also one of the world’s most protected locations. Area 51 is a military base for the United States that is separate from the Edwards Air Force Base in California, and no one outside of the center has any proof of what is going on within. 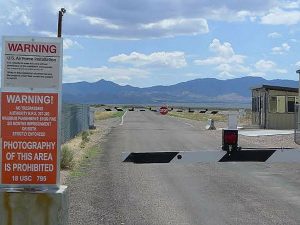 Most secure military base in the world

Area 51, also known as “Paradise Ranch,” “Dreamland,” and “Groom Lake,” may be a testing place for experimental and advanced aircraft, and legends abound among conspiracy theorists about how truth seekers have met their demise attempting to get entry to the facility.Motion sensors planted around the perimeter of the base, capable of detecting and presumably distinguishing between human and animal movement, are among the known security mechanisms located here.

3. BAHNHOF UNDERGROUND DATA CENTER: The Bahnhof Underground Data Center, the world’s most well-designed data center, was the invention of Bahnhof, a Swedish internet service company that set out to locate a secure area to store data. They decided to use a nuclear bomb bunker about 100 feet beneath a Stockholm mountain after some thought. 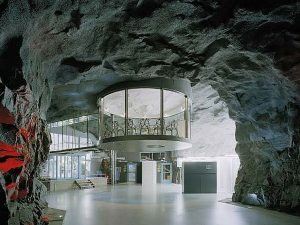 Most Heavily Guarded Places In The World

The Bahnhof underground facility, which resembles a secret villain lair, features its own German submarine motors, waterfalls, artificial daylight, and enough protection to withstand the blast of a hydrogen bomb. Not only the Swedish ISP sees this location as a secure haven for data storage, but the iconic Wikileaks has also opted to relocate some of their servers here.

Also see: Most dangerous hacking groups in the world 2022

4. MOUNTAIN CHEYENNE: The Cheyenne Mountain complex, an iconic Cold War relic hidden beneath the Rockies, is a self-sufficient and self-contained village designed to withstand nuclear attack. 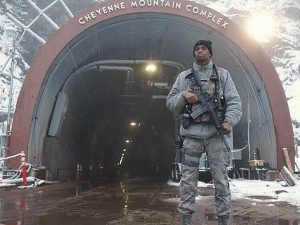 Most Secure Buildings in the United States

NORAD (North American Aerospace Defense Command) was stationed in the Cheyenne mountain range, where they spent their days looking for deadly Russian missiles. The bunker is located about 2,000 feet beneath the Rocky Mountains and can withstand a nuclear bombardment of 30 megatons. Scientists are putting in high-tech upgrades to make the site immune to electromagnetic weapon beams.

The Cheyenne Mountain complex became an important deterrent against long-range bombers during the Cold War in the late 1950s. Each of the bunker’s blast doors weighs 25 tons, resulting in a total weight of 250 tons. 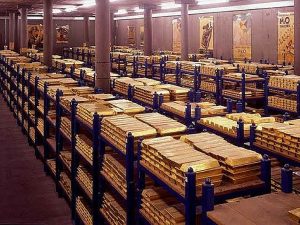 Most impenetrable building in the world

This 90-ton steel cylinder embedded in a 140-ton concrete frame protects the vault by creating a water- and air-tight seal when closed. The vault’s security is so stringent that any time one of its compartments is opened, a three-person internal team must be present.
Foreign countries possess over 98 percent of the gold held by the Federal Reserve.

Each account holder has their own padlocked and enclosed compartment, guaranteeing that gold bars never mix and that an owner can only withdraw what they own.

6. VATICAN CITY, VATICAN SECRET ARCHIVES (Italy): Some of history’s most precious and essential religious papers and ledgers are kept at the Vatican. In a separate, secret structure that is not part of the Vatican Library, an estimated 35,000 volumes of material on the Roman Catholic Church are housed. 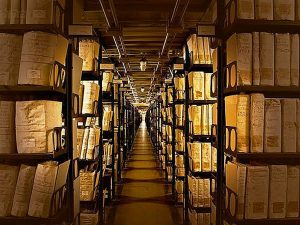 Most secure vault in the world

Ownership of this information is passed down from Pope to Pope, and it’s one of the world’s most secretive and enigmatic locations – there are only a handful images of the structure.

7. SADDAM HUSSEIN’S BUNKER (Iraq): Saddam Hussein’s Bunker is number seven on our list of the world’s most secure locations. The bunker’s exact number of rooms is unknown, however the main area did have amazing 60-foot high ceilings! The structure was built to protect Saddam Hussein in the event of a military attack, and it could withstand the blast of a nuclear bomb. 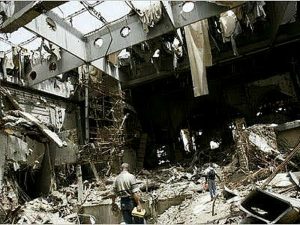 Is the White House the most protected building in the world

It could hold about 50 people. The bunker, which was nearly 100 feet deep, has three-ton Swiss-made doors, five-foot thick walls, a six-foot thick reinforced concrete roof, and two escape passages. It repelled a barrage of US missiles, including bunker busters and 20 cruise missiles.

8. ADX FLORENCE PRISON: The Administrative Maximum Facility in Florence (ADX) is a men-only supermax jail designed to imprison the most dangerous criminals. It is regarded as the harshest federal prison in the United States. The jail’s prisoners are among of the worst in the country, earning it the nickname “Alcatraz of the Rockies.” 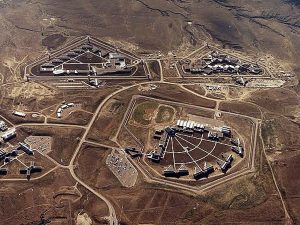 Most Secured Buildings in the World

One of the ADX’s previous wardens described it as a “cleaner version of hell,” and it’s easy to see why. The security features include 12 foot high razor wire fences, attack dogs that patrol the prison walls, 1,400 remote-controlled steel doors, pressure pads, cameras, and motion-detecting devices.

9. TOWER OF LONDON, JEWEL HOUSE: Priceless artifacts of England’s past and present kings are housed in the Jewel House in the Tower of London. Crowns and scepters of Queen Victoria, Elizabeth, and others are among the items in its collection.

The security of the Jewel House is overseen by a Major General. The Jewel House is constantly monitored by a separate control center, and an additional £4.5 million has been invested on fire safety and security.

The jewels are protected by 2-inch thick shatter-proof glass, and the Tower Guard and Yeoman Warders maintain continual protection, making it one of the most secure buildings in the world.

10. THE WHITE HOUSE IN WASHINGTON, D.C. (USA): The White House, which is encircled by 18 acres of exceptionally guarded and fortified land, houses the President of the United States, his staff, delegates, and other important authorities. It is without a doubt one of the most secure constructions on the planet.

With an iron fence enclosing the entire property, bulletproof glass, and a special secret service detail dedicated to protecting the First Family at all times and at all costs, it remains one of the world’s most tightly guarded structures.

Effective security, surveillance, and spy technologies are critical – especially if you have sensitive information, valuable objects, or are protecting someone or anything of significant value. The appropriate security has been installed in this facility to protect people’s lives and property, as well as items and information.